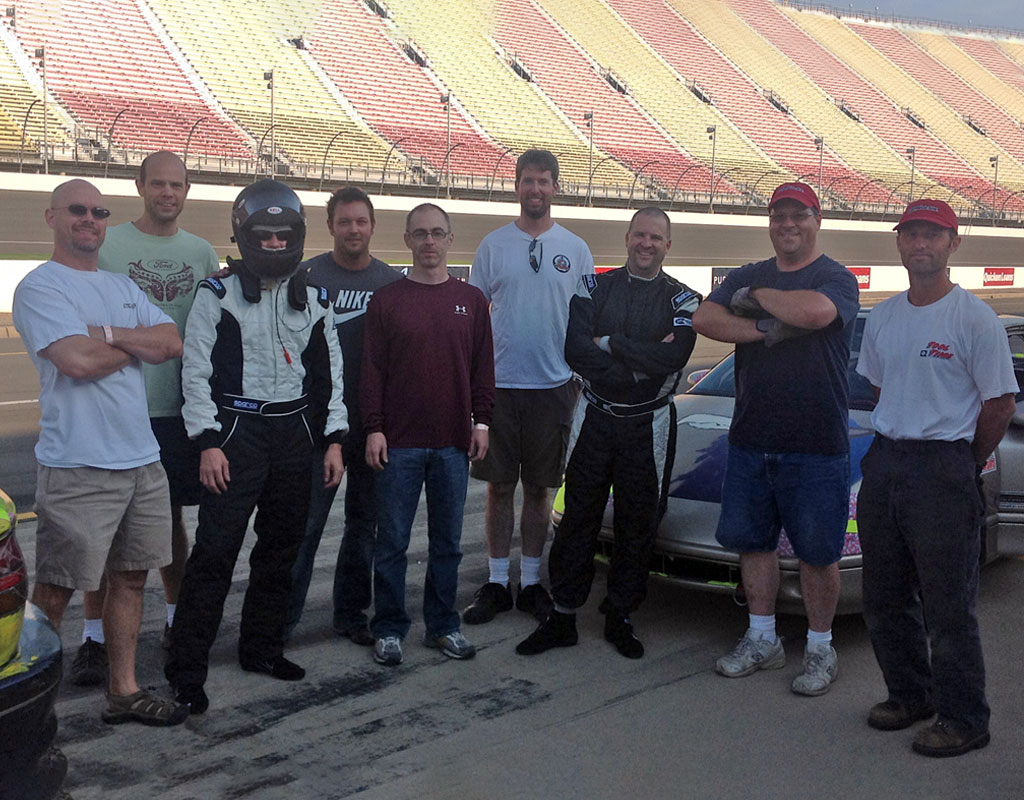 It all started with a disease. Or maybe we should call it a “condition” to be more sensitive to the infirmed. No matter what you choose to call it, the fact that Mark had approximately 26 Saturns (we may be rounding up a little here) littered on and around his property speaks to the enormity of the situation. It was a problem in any case, and fortunately not a problem that the rest of us needed to deal with. Except Cindy. Bless her soul.

The big upshot of the condition (for everyone except Cindy, that is) is that Mark was looking for an appropriate venue in which to enter a Saturn in some form of motorsport competition. Be it road racing, ice racing, road rally, or the luge, if it’s possible to squeeze a Saturn onto the entry grid, Mark’s there. It’s just one of the many reasons we love him.

In the spirit of putting the band back together, Mark invited James, Tom (previous scR crew chief), and Pat (the other previous scR crew chief) to co-drive in a pair of back-to-back 7-hour ChumpCar World Series endurance races at Texas World Speedway back in 2011. While Mark had been actively racing for years, James had not been behind the wheel since 2004, and Tom and Pat were first-time road racers. As it turned out, over half of the grid had never raced either, so this wasn’t so much of a disadvantage as they had initially thought.

It was frankly a bit surreal having everyone in the same place gathered around a Saturn racecar again, but once the wrenches started turning in preparation it was business as usual. Women won’t appreciate this, but guys understand: there was a job to do, and although it had been over seven years since the team had run this drill, it was like not a day had passed since the last race together.

Over the course of three “seasons,” Mark expanded the enterprise to a two-car operation, adding a host of additional drivers and crew along the way. In typical fashion, the whole thing spiraled out of control, but along the way came the thrill of victory (see: our overall win at BeaveRun) and the agony of defeat (see: Nic upside down at Watkins Glen).

Seven years have passed since the #21 Art Car and the #34 Gold Car have been driven in anger, but Mark is convinced that someday they will return to their place of dominance on the ChumpCar grid. That, or they will unceremoniously continue to decompose in his side yard. In either case, we are eternally thankful for the time that Mark (and Cindy) graciously allowed us to relive, for three short years, the joys of racing a Saturn. 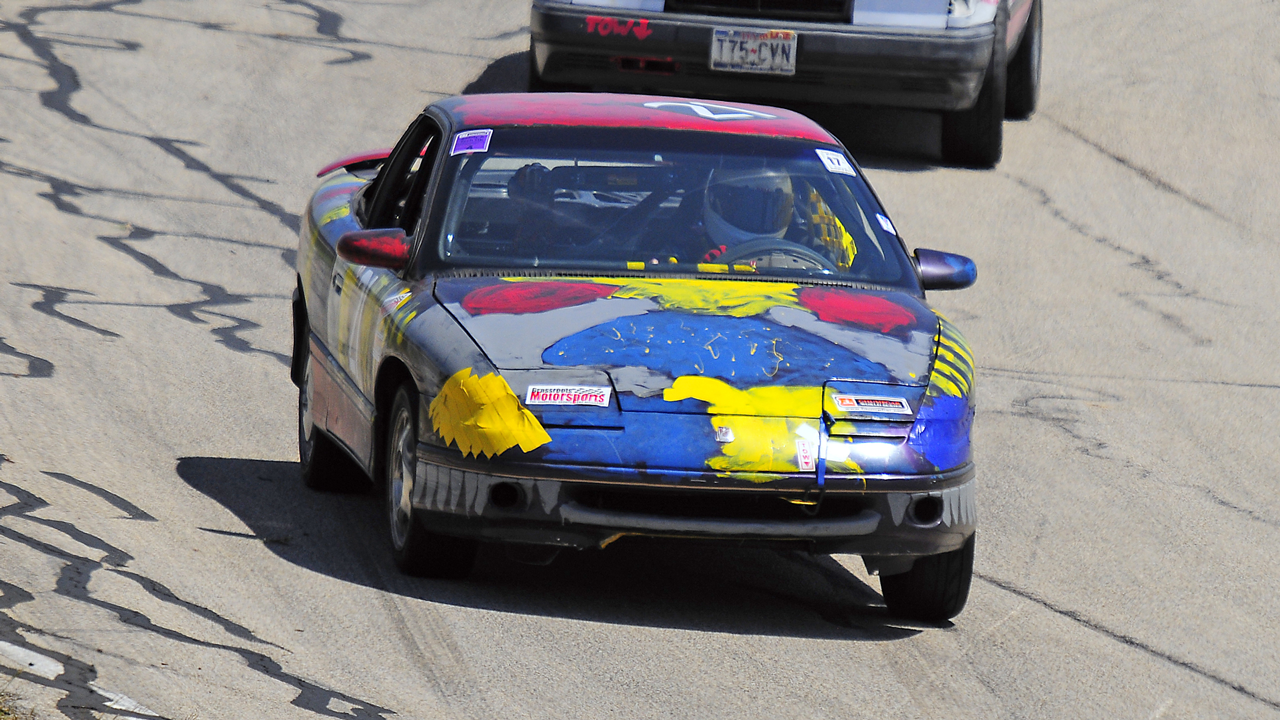 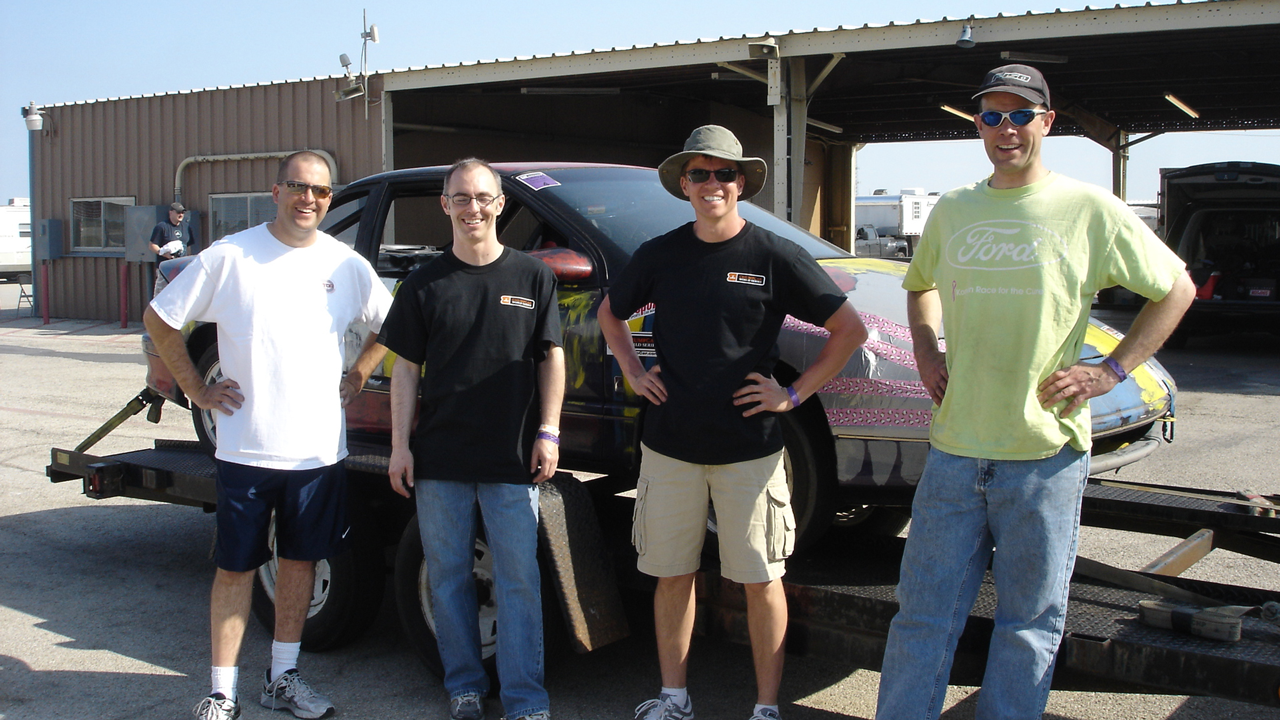 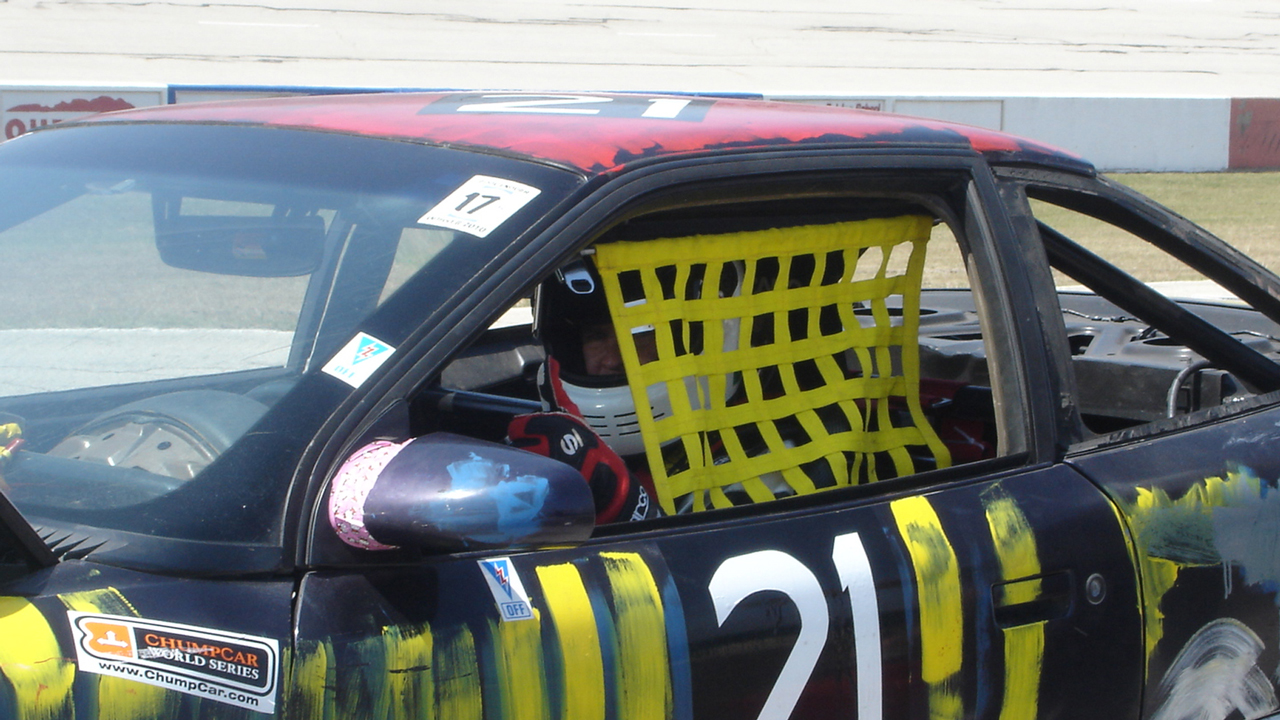 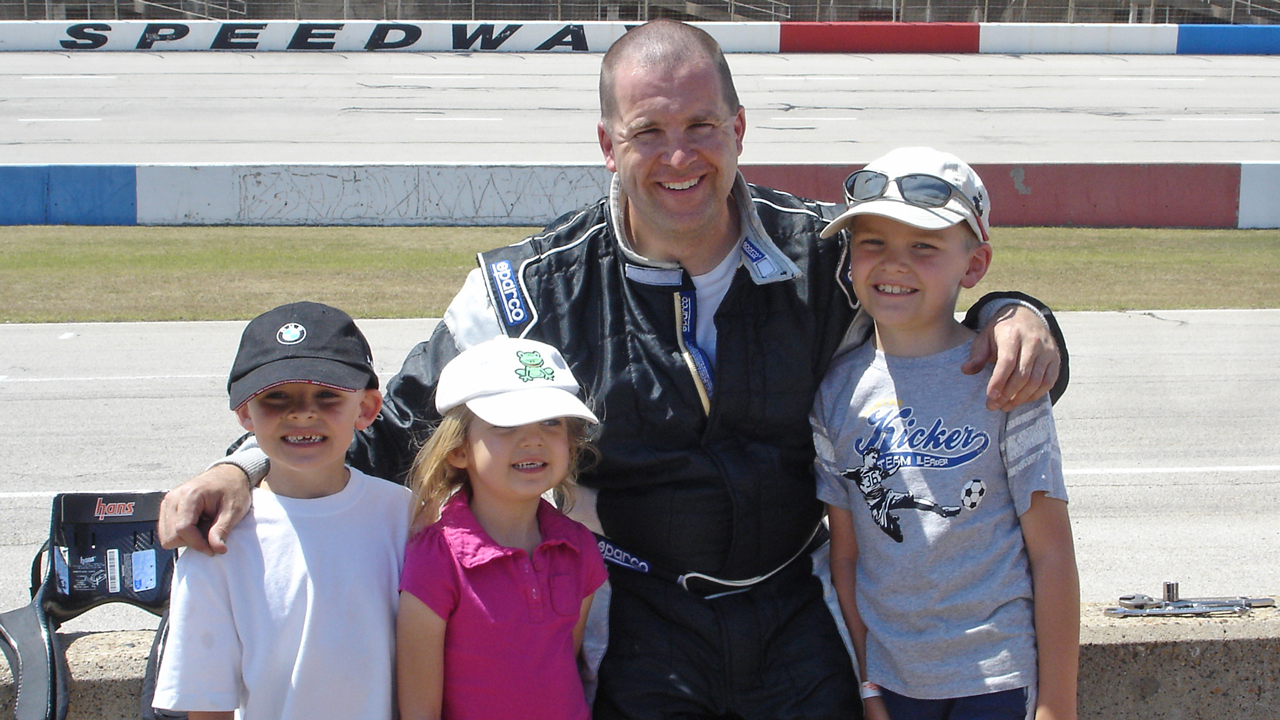 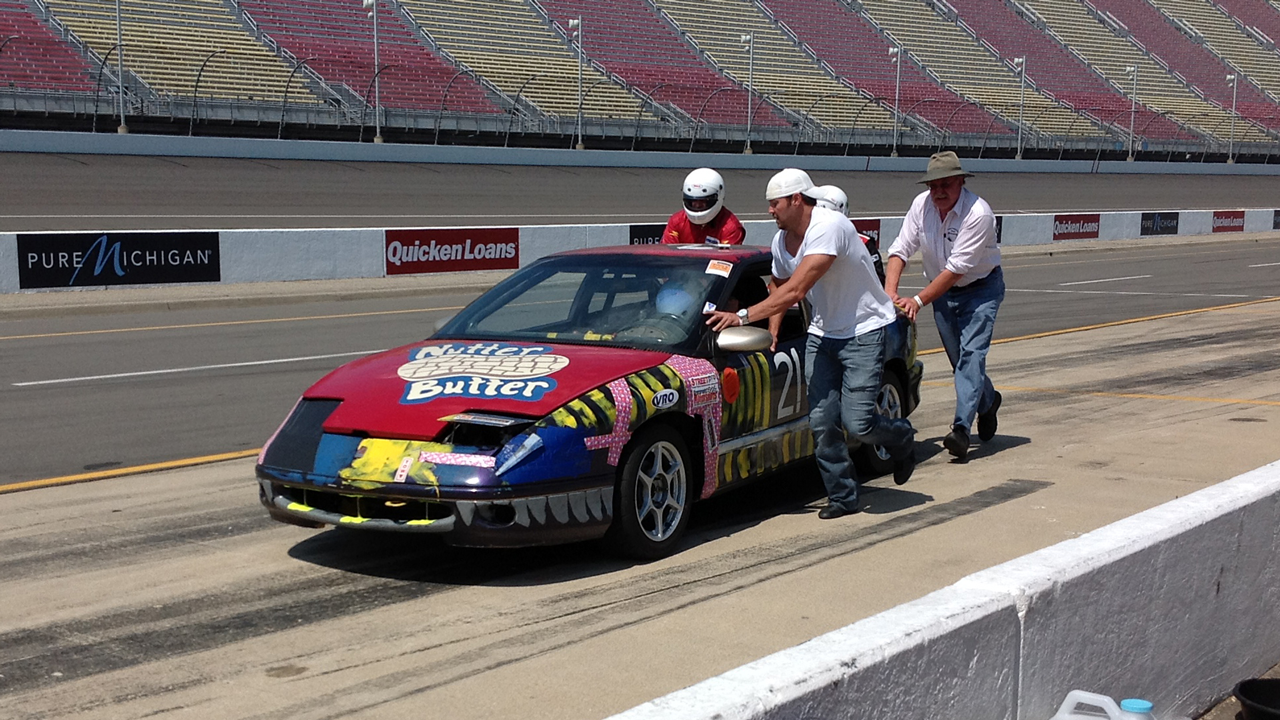 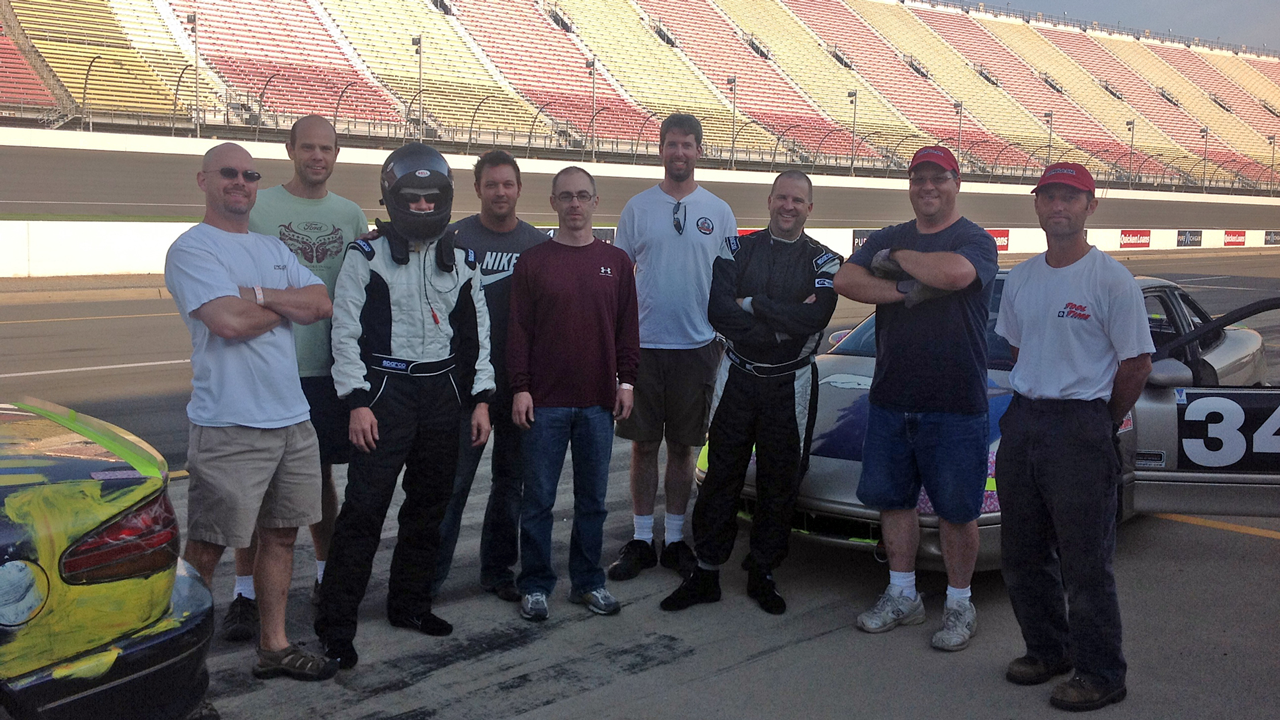 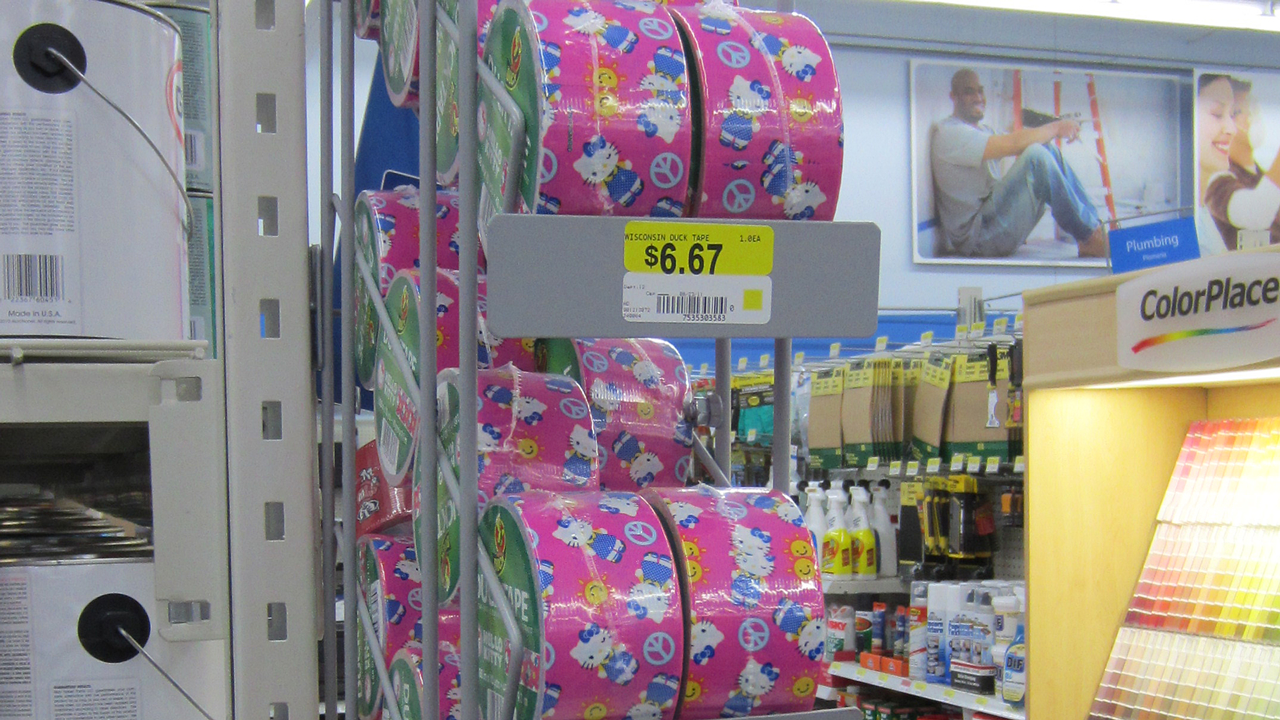 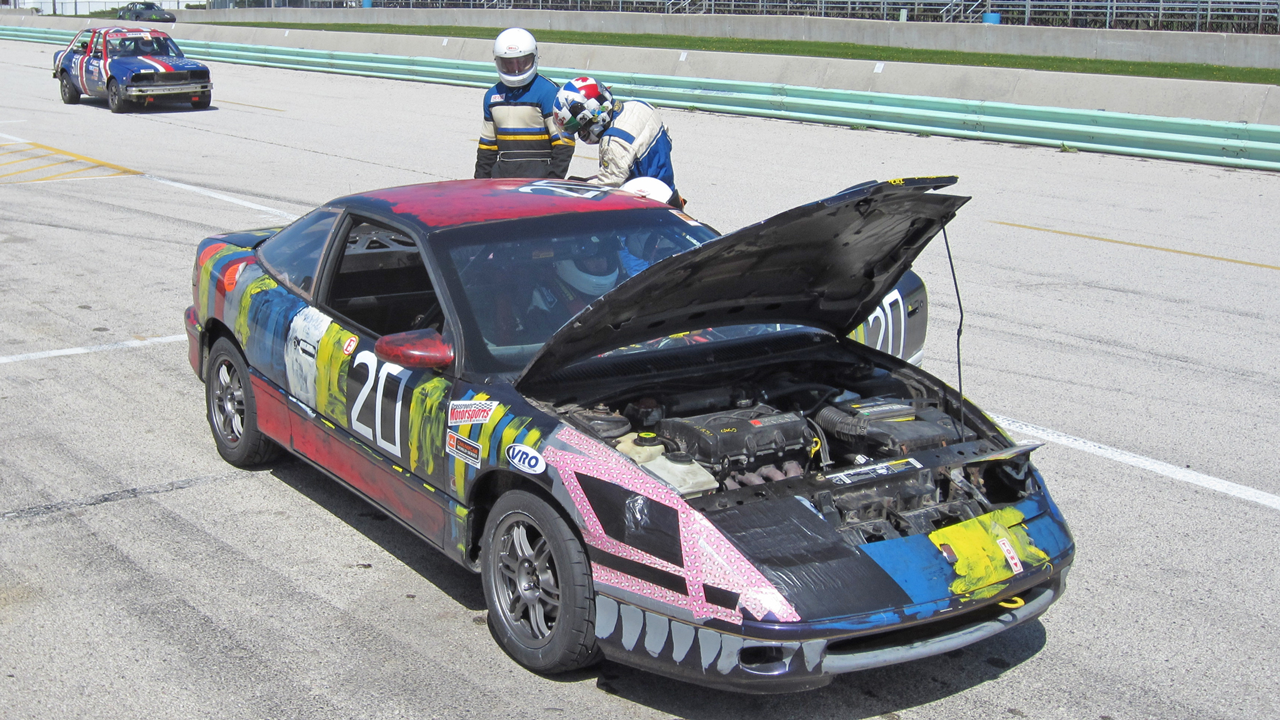 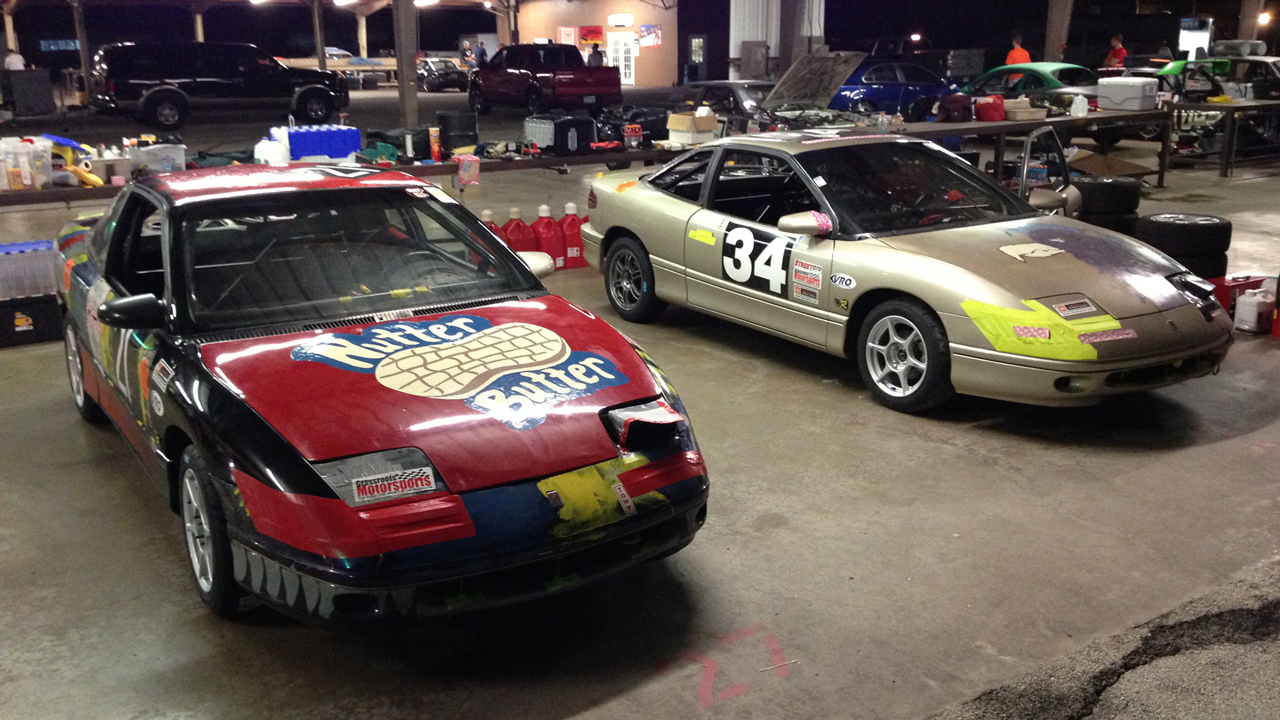 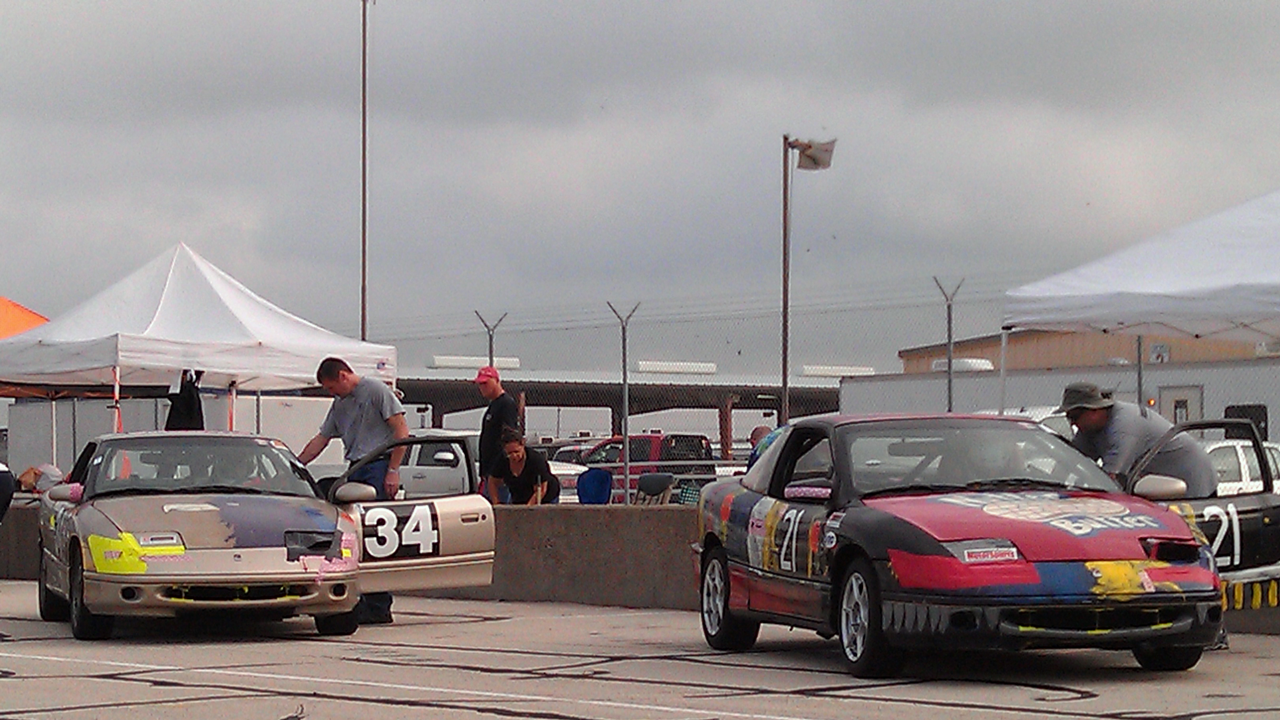 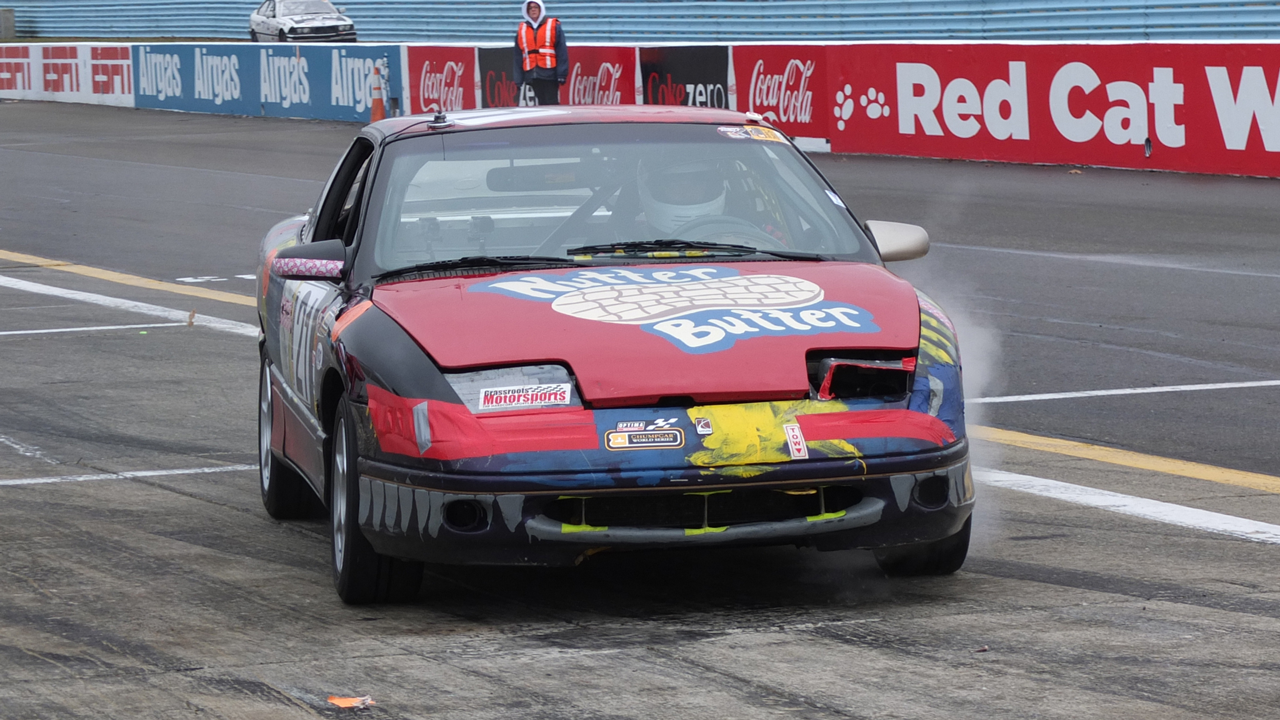 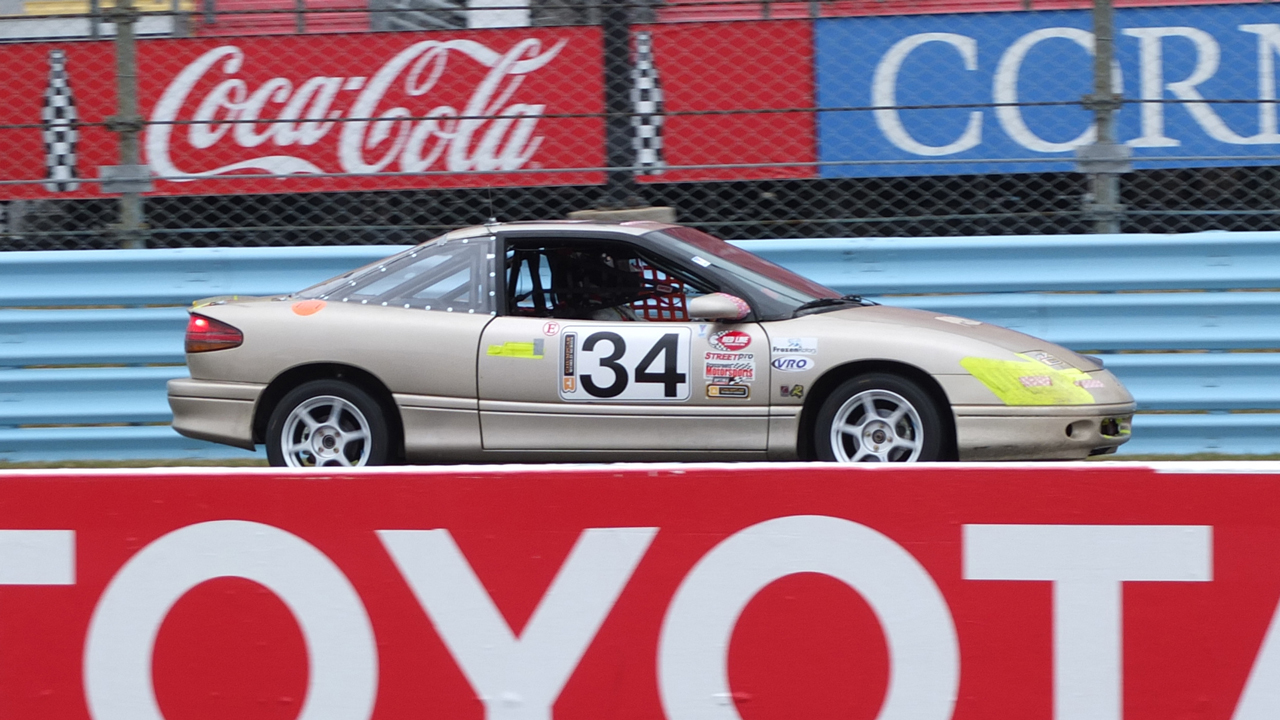 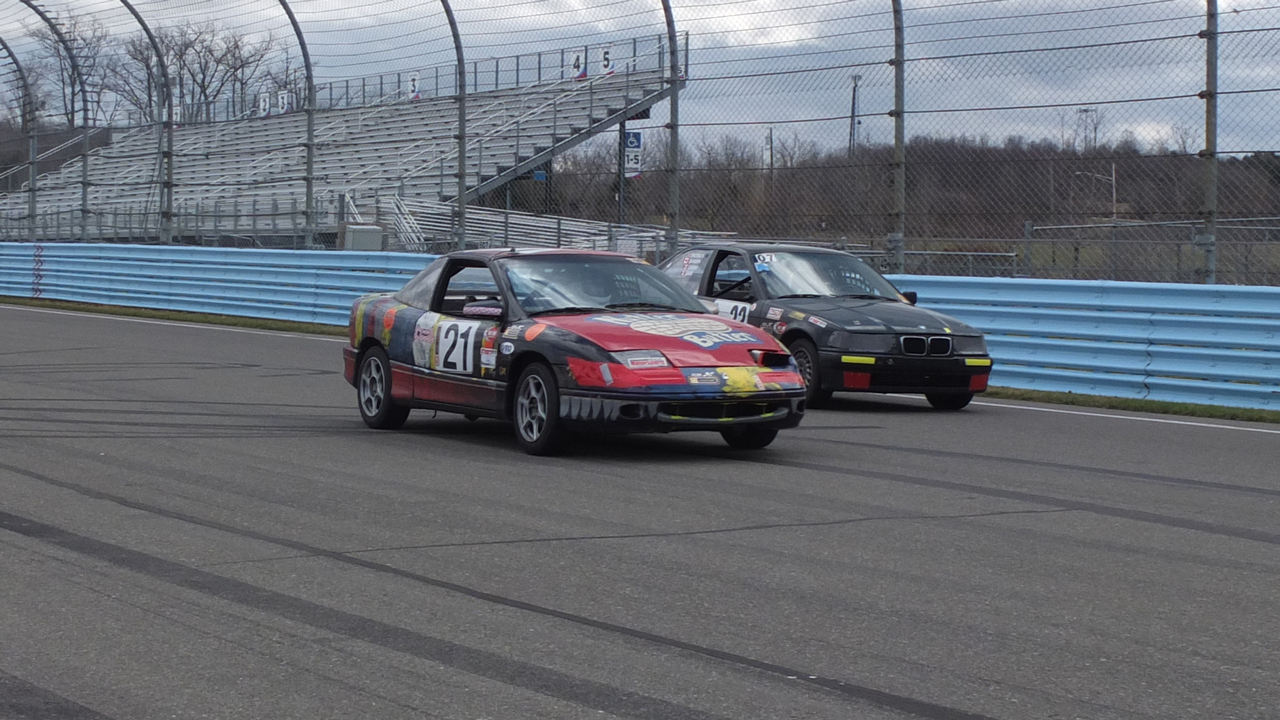 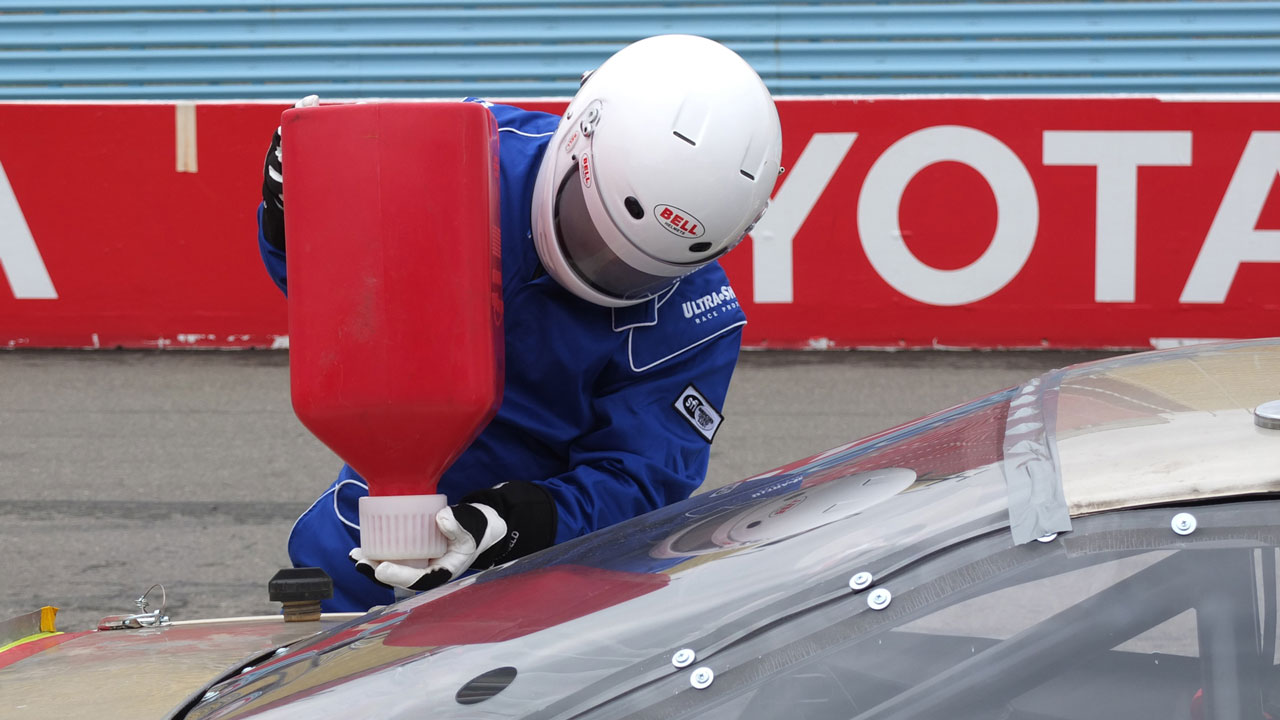