The final three events of our 2021 GT4 SprintX season are now relegated to the historical record (assuming that someone keeps a record of this sort of thing), and unfortunately it wasn’t pretty. But maybe that’s just me being pessimistic. Right or wrong, we leave this season knowing that we had a championship-level effort that didn’t generate a championship-level result. That stings.

Here in Part I, we present in a vacuum the racing recap from Sebring International Raceway, but thematically it really can’t be separated from the races that followed it. Or the races that preceded it. In retrospect, it feels like we spent this reason watching the same movie over and over and over hoping for a different ending. 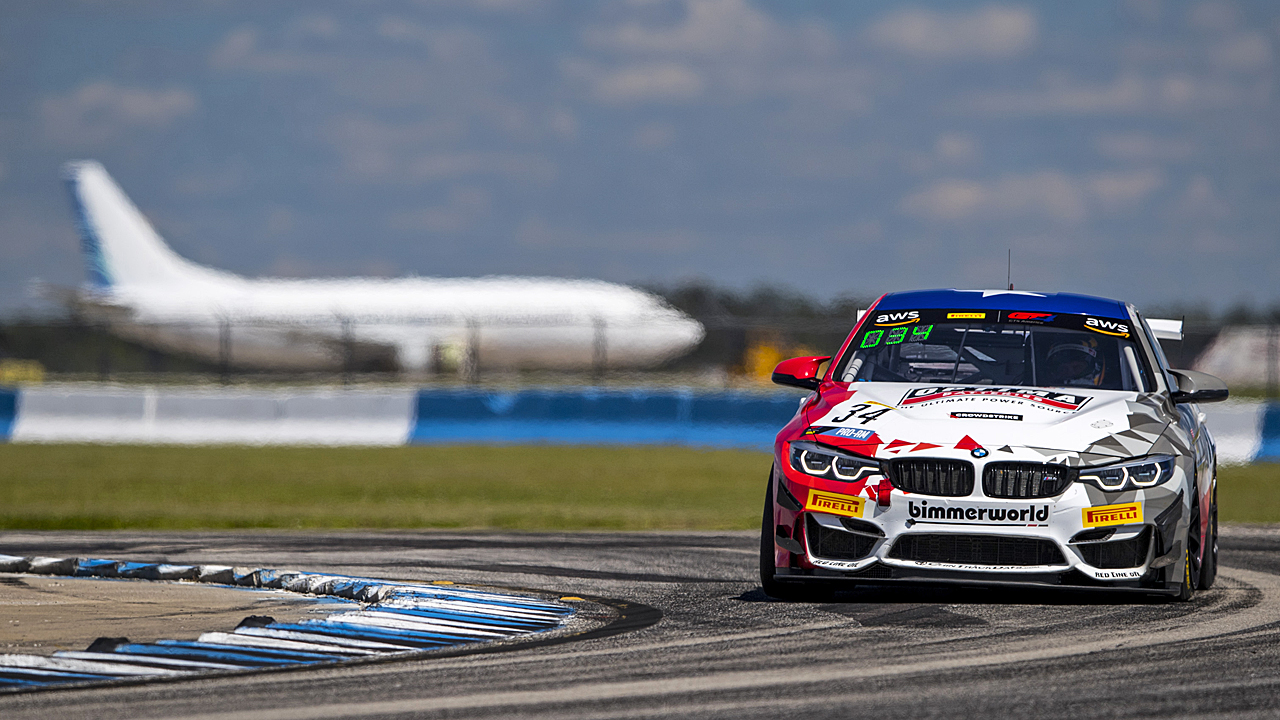 This is Bill and an airplane. Because Sebring.

I had never been to Sebring, so thankfully there was a test day on Thursday to bumble our way around the circuit. On a very positive note, there wasn’t much bumbling. Between Bill’s coaching, Devin’s video, and James (the other James) acting as a rabbit, I pretty quickly put #34 towards the top of the lap time chart. My memory might be a bit foggy at this point, but I am pretty confident that James (again, the other James) and I were P1 and P2 in our class at the conclusion of test day. 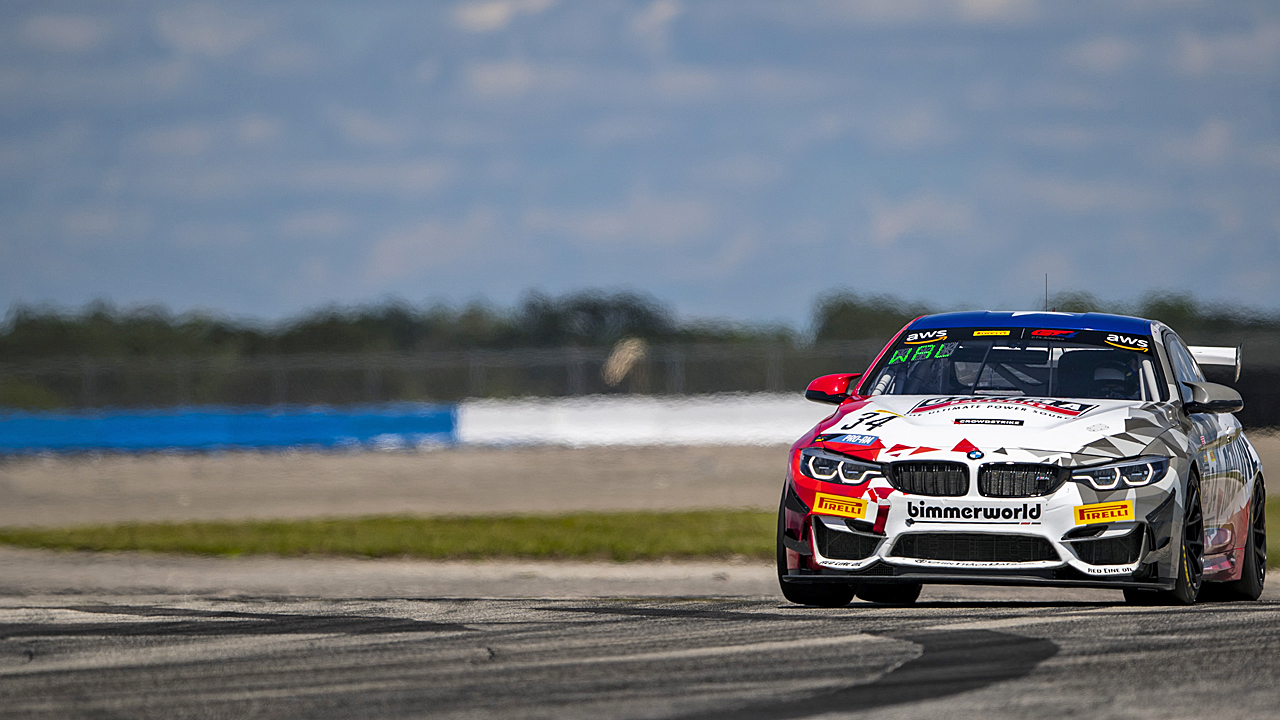 This is me without an airplane. I feel cheated.

Friday was the series practice day. The learning continued, and the times continued to improve. Bill topped the leaderboard during the first session, and we were both solidly in the top-three by the end of the day. Expectations were high heading into qualifying on Saturday morning.

Come to think of it, I feel like I have said that a lot this season. I think we can call this a season-long theme. 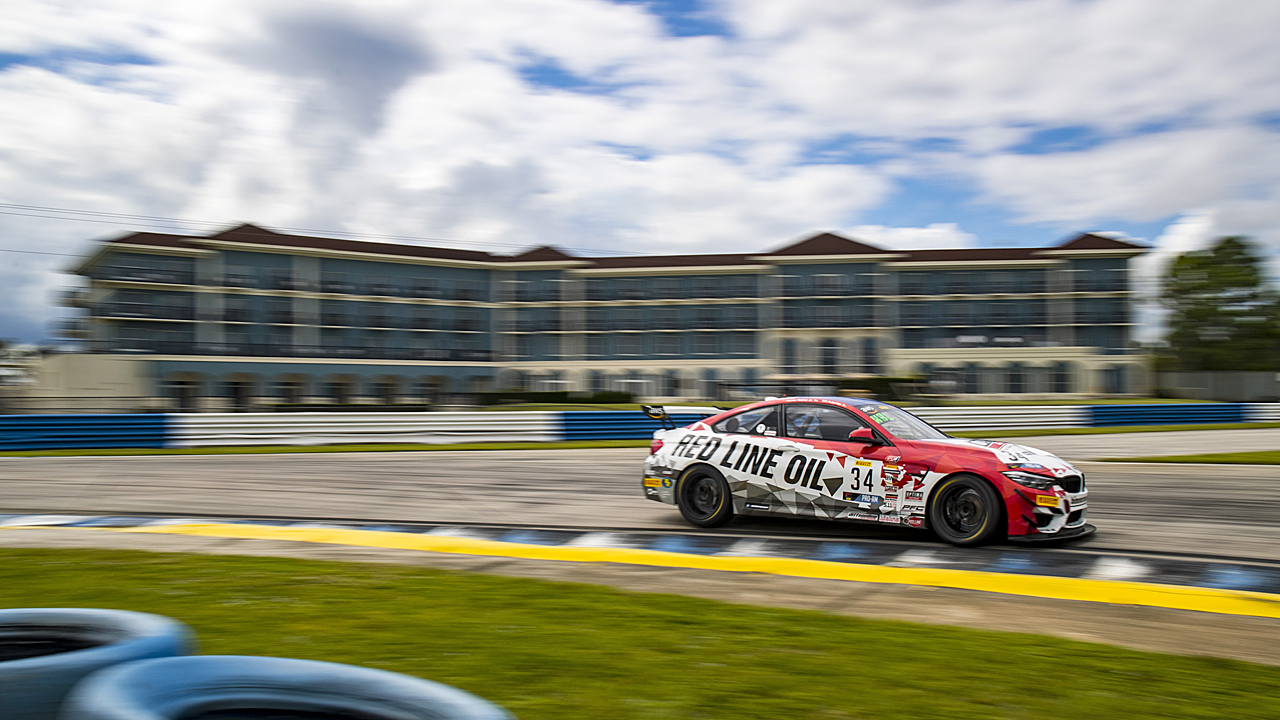 This is me with a hotel. Which isn’t quite as cool as an airplane, but it’s vintage Sebring.

Unlike qualifying at Watkins Glen which ended when I put the car into a tire wall on the opening lap, Bill and I nailed it on Saturday morning. In my session, I turned in a personal best lap time of a 2:13.1, fast enough to put us 3rd in a field of 16 Pro-Am cars. I was feeling kind of proud about that until Bill went into superhero mode and laid down a completely unreasonable 2:10.8, putting #34 on the overall pole for Race 2. His fastest lap was more than a half second faster than any other car on the grid that morning. It was incredible (and mildly humbling) to watch him at work. 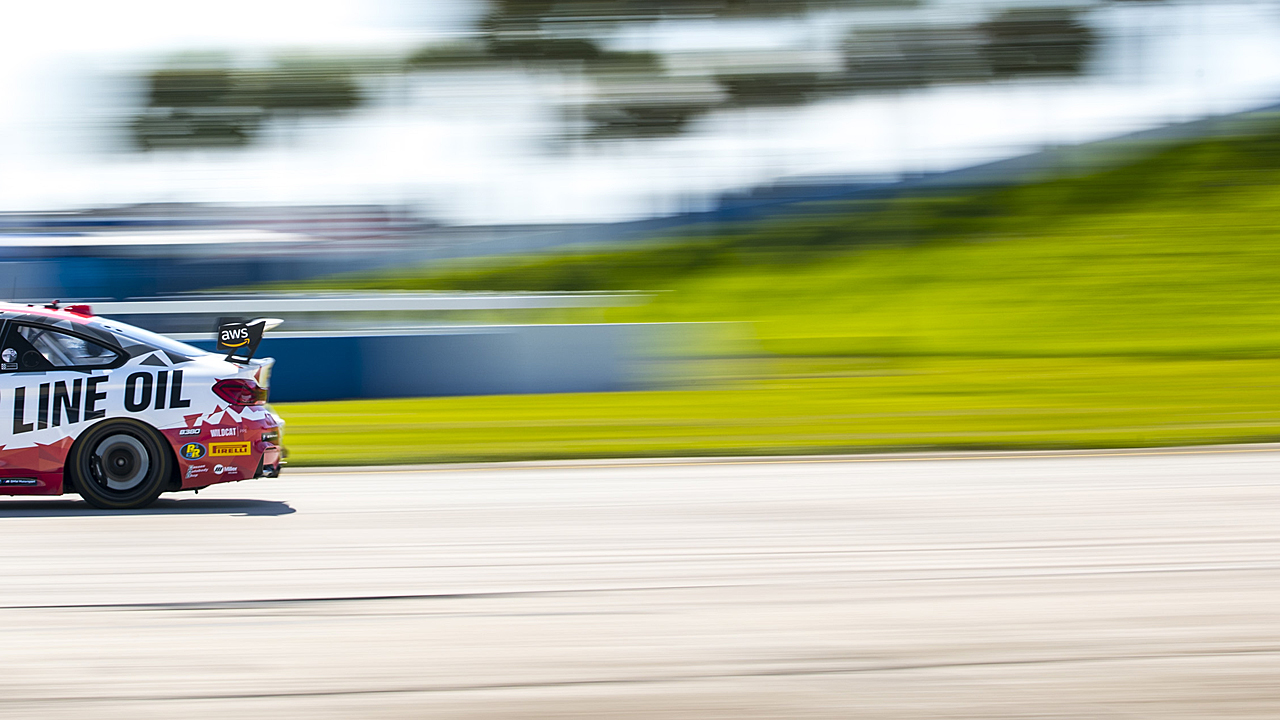 This is Bill going so fast in qualifying that our photographer Halston couldn’t keep up.

At the start of Saturday’s race, my 3rd place Pro/Am qualifying effort put us 7th on the grid overall. I timed the green flag almost perfectly and got a great run at the start, momentarily moving up one position heading into Turn 1. Unfortunately, as the side-by-side worked itself out through Turns 2, 3, 4, and 5, I lost one position to an out-of-class competitor but otherwise was none the worse for wear. Sitting squarely in 3rd place, I put my head down and clicked off a decent series of consistent laps before handing the car off to Bill 30 minutes later. 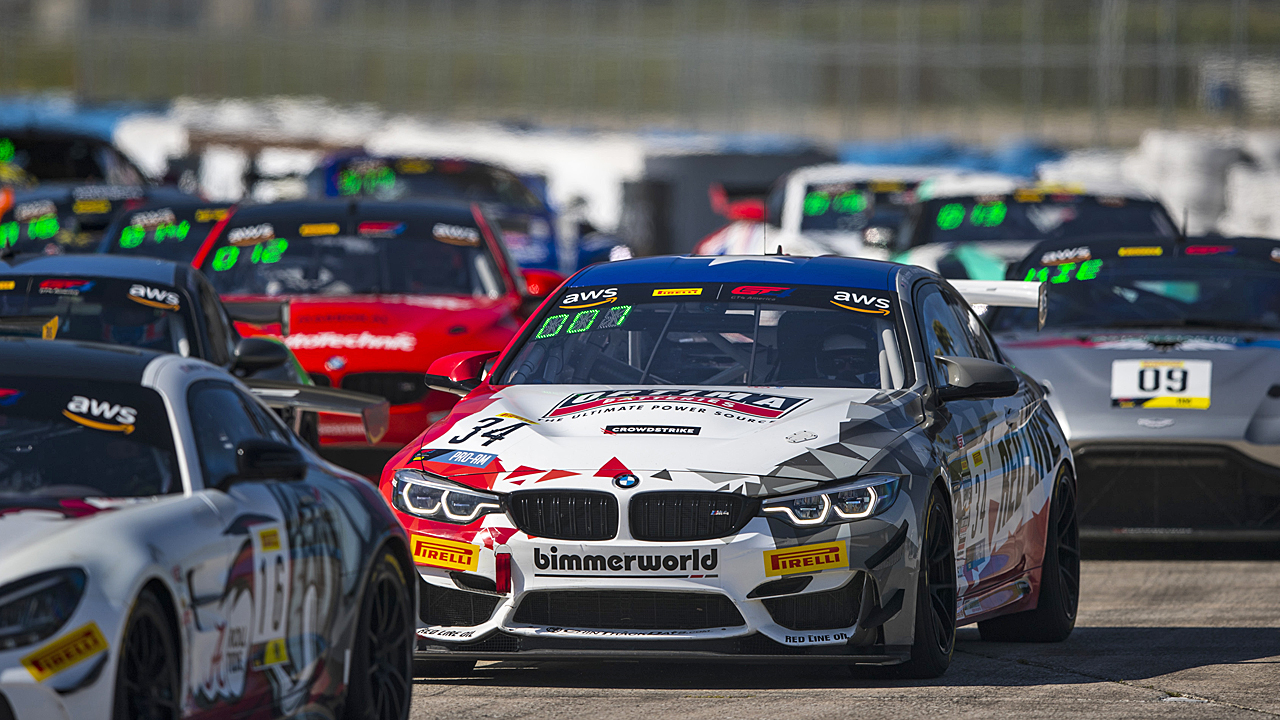 This is me at the race start with 28 of my now-closest friends.

With our sights set on a podium position, Bill went to work. For the next few laps our optimism grew as Bill laid down the fastest laps of the field, but that quickly evaporated as Race Control informed us that we had exceeded the 50 KPH pit lane speed limit following our driver change. And just like that, our chances at a podium were wiped out. Racing only for pride following the drive-through penalty, we posted a 11th place finish in Pro/Am.

In case you are wondering, you don’t get a trophy for 11th place. 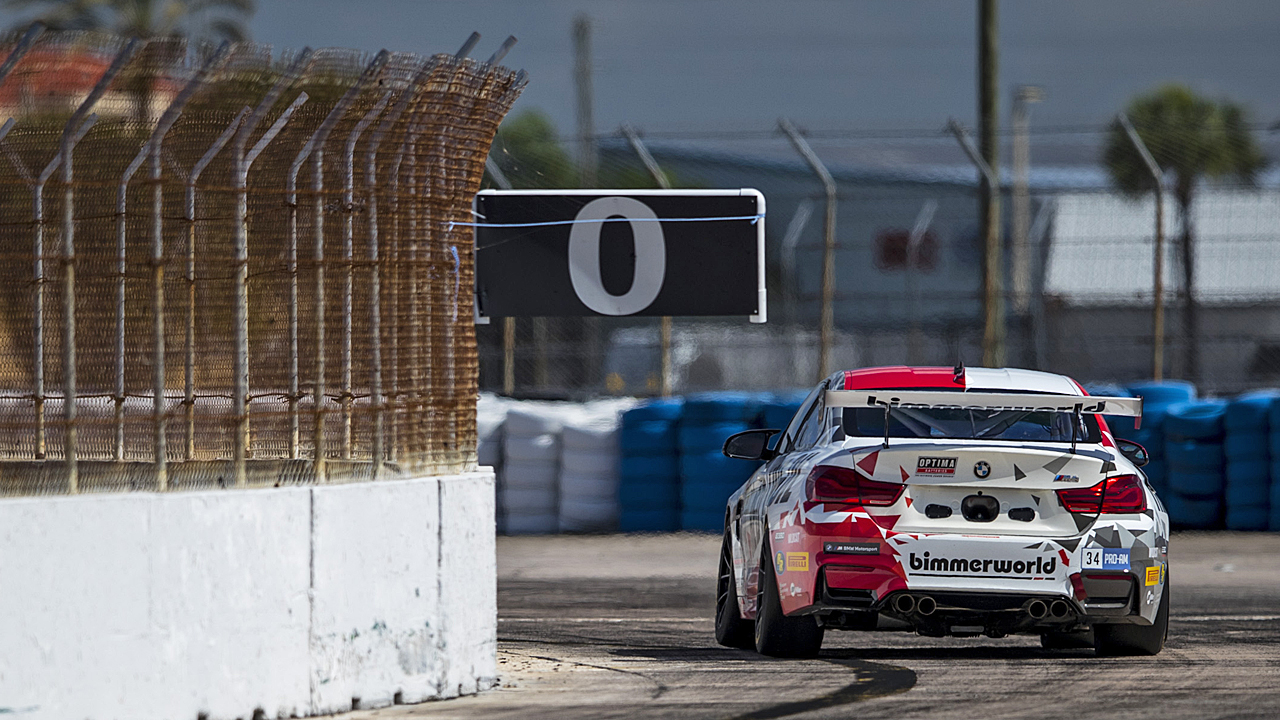 Now before you go feeling all depressed about this, it’s important to note that on Saturday night we celebrated Dave’s birthday. And that meant there was ice cream cake involved. So, you know, we had that going for us. 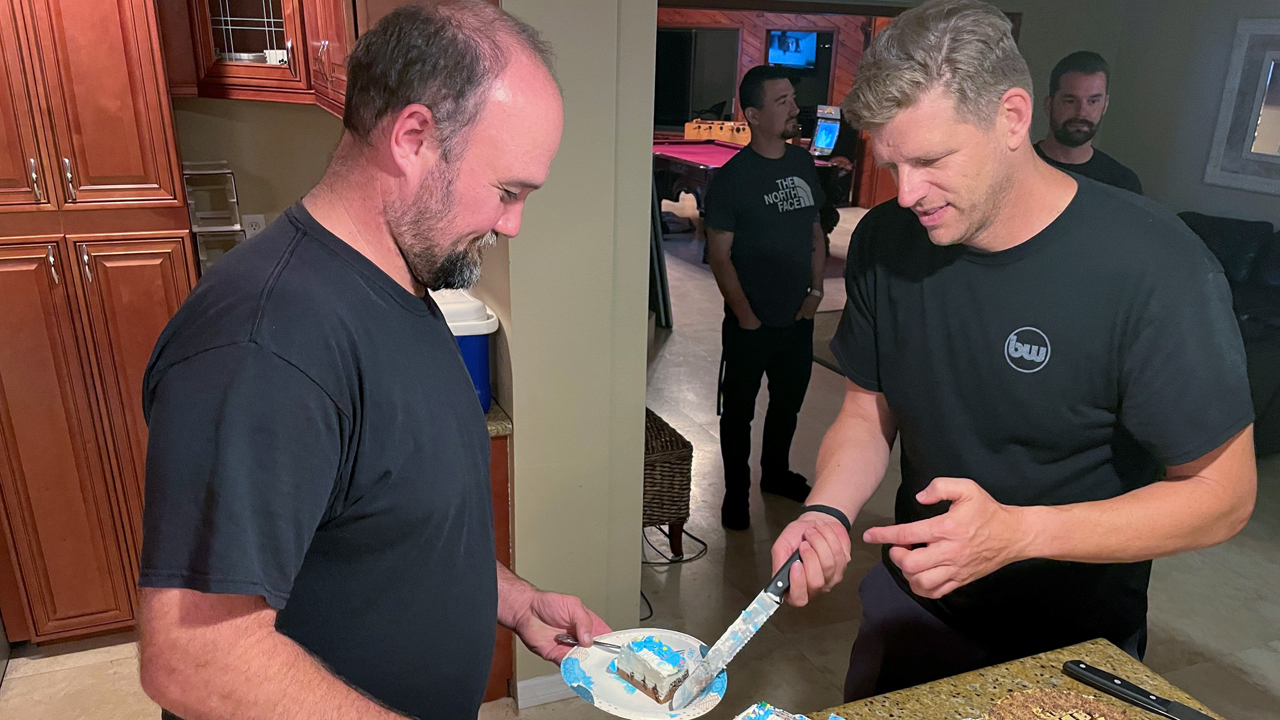 Sunday was supposed to be our chance to redeem ourselves from the lost opportunity on Saturday. And while we made a heroic charge, our efforts ultimately fell flat. It started well enough as Bill took off from the pole at the green flag and without drama managed to lead the race for his entire stint. Trying to save some tire life for me, he only drove as hard as he needed to in order to maintain a small gap to the rest of the field. 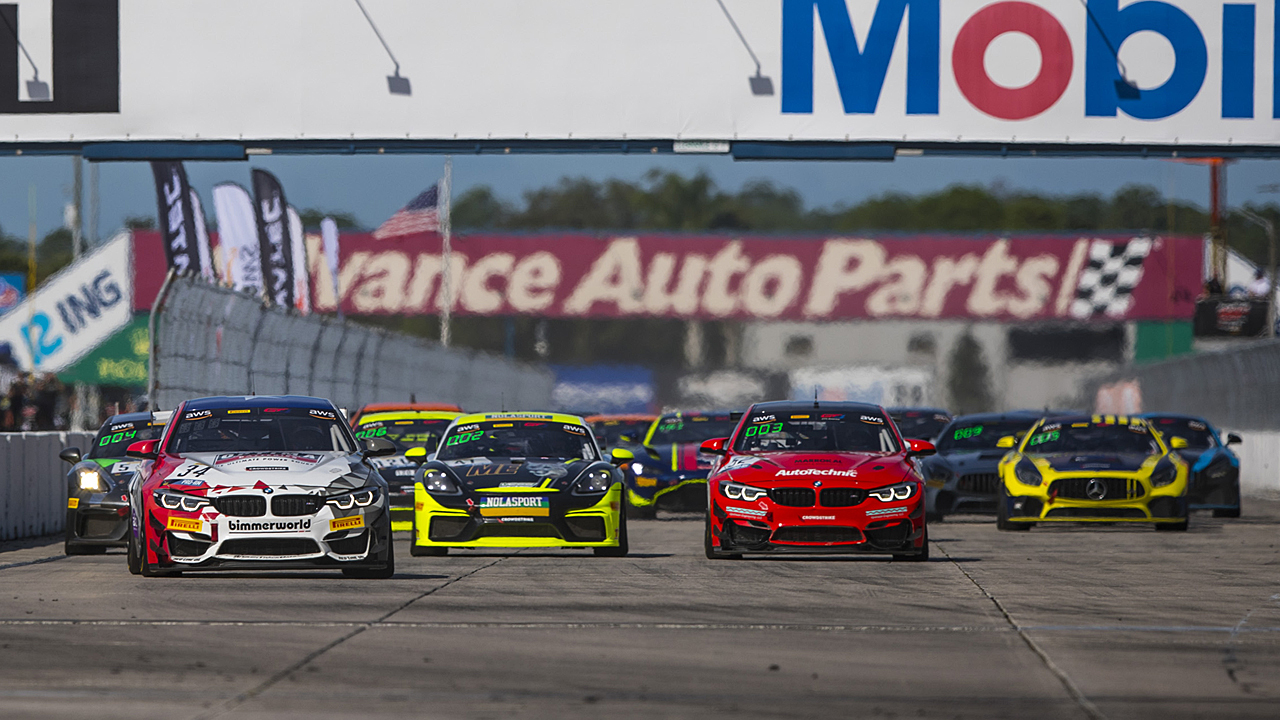 Leading the way on Sunday morning. Because Bill.

Do you have any idea how much pressure there is taking over for Bill Auberlen while he’s leading? The answer is no, you don’t. With about 25 minutes left to go in the race, I settled into my groove. The problem was that the groove was eroding all around me. While the car had been fast in the early portion of the stint, it was losing pace at a semi-alarming rate. As I did my best to find what grip was still available, I could see the cars behind us in 2nd and 3rd place closing the gap one lap at a time. 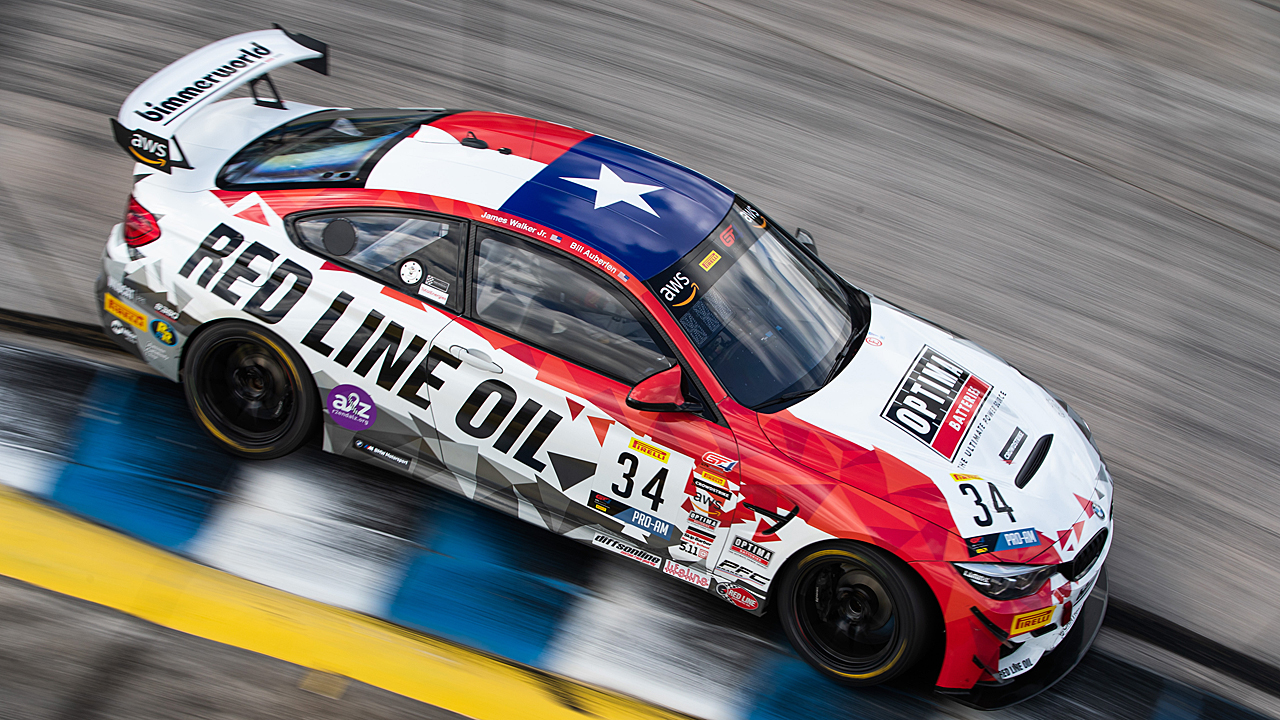 Apparently, there is a stepladder located on the inside of Turn 7. I love this shot.

Without the benefit of a caution period, I was eventually passed by both of them and watched as they drove off into the distance to have their own race up front. I soldiered on to claim the final spot on the podium, but 3rd place doesn’t feel all that awesome when the car is backing its way through the field. 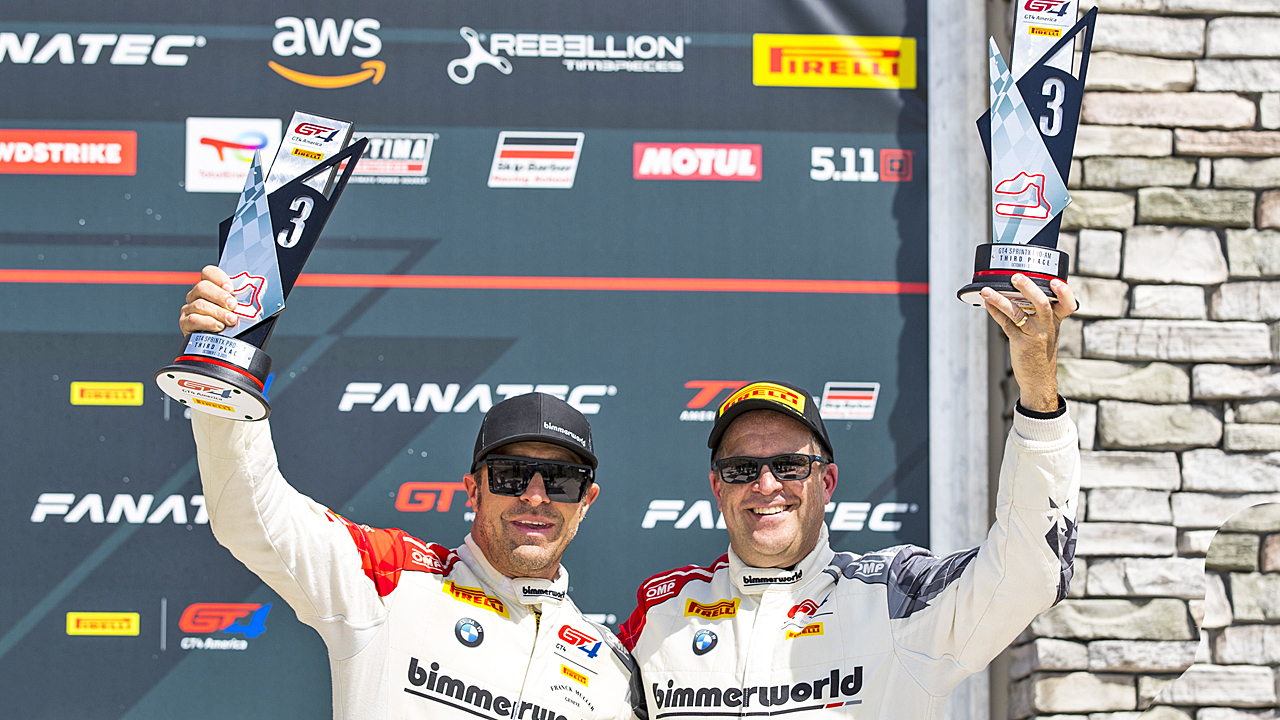 Spoiler alert: This ended up being the last time Bill and I would share a podium.

And that was Sebring in a nutshell. I would normally share more at this time, but I need to start writing the newsletters for Indianapolis. Having four races in a seven-week window doesn’t allow much time for creativity in the scR motorsports public relations department. 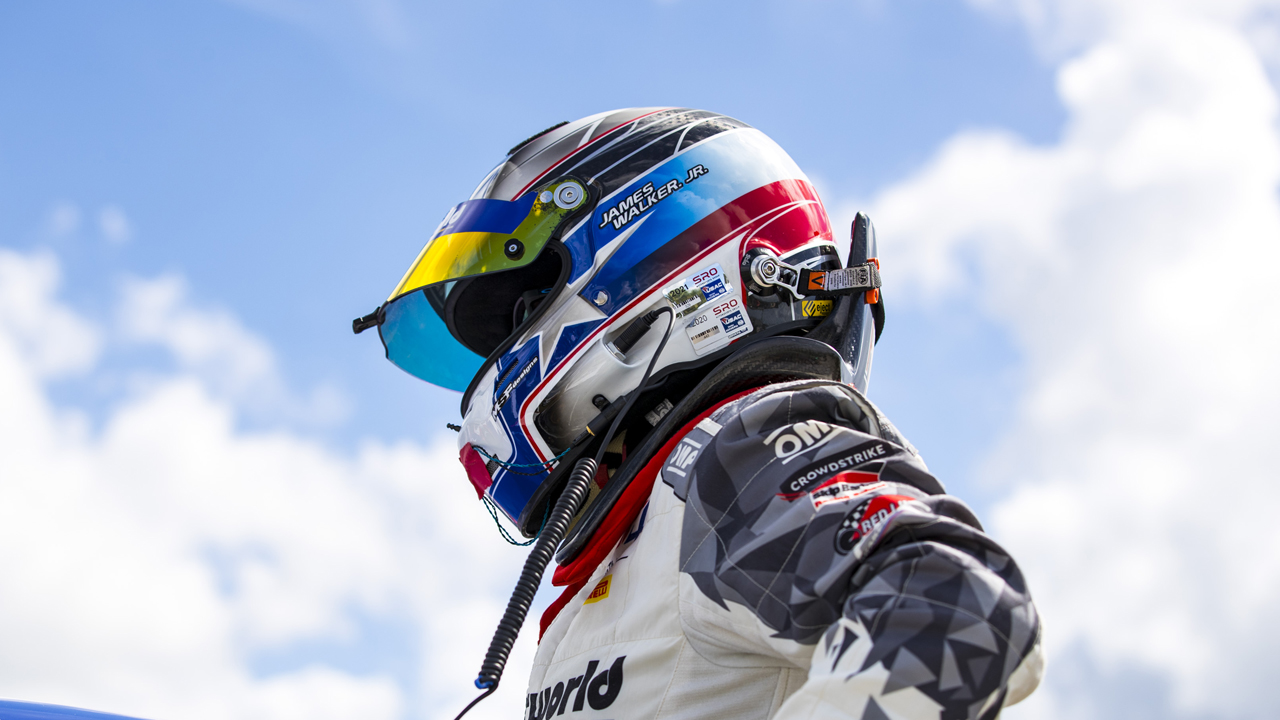 No time to rest. Or pout. We’re off to Indy.

But you know what, let’s end with some Haiku.