If it feels like you just got done reading our Sebring newsletter, it’s probably because you just got done reading our Sebring newsletter. Here in Part II of our year-end trilogy, we present our regular season racing recap from Indianapolis Motor Speedway. I’ll warn you again that there isn’t much to immediately celebrate in the paragraphs that follow, but maybe in a few weeks I’ll be able to see through the present-day disappointment and realize that this weekend at The Brickyard was a definitive turning point in my 24-year racing journey. And for that, I am just so grateful. 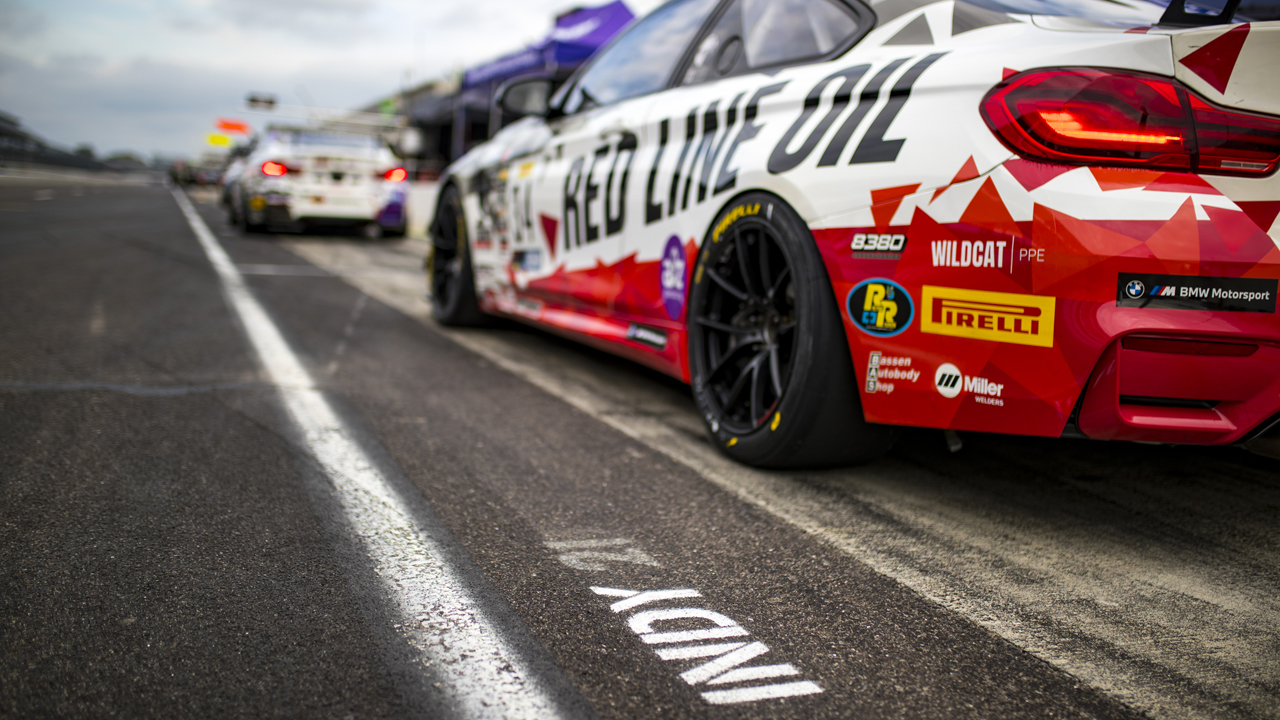 Thursday morning’s composition: The calm before the storm.

Now, before we get too far into this tome, you will soon notice that the picture above is that last one you will see of a racecar anywhere in this newsletter. That’s intentional, as over the course of the season, Halston took so many great pictures of the crew that we need to get that material out there. I am so thankful for these guys, as all put everything they had into this season.

Meet Tommy. His future wife’s car will always have the correct tire pressures.

Indy is magical. And not in some teary-eyed, romantic way. It commands respect, and you drive knowing that it’s a privilege just to be there. You want to put in your best effort because the place demands it. The track itself isn’t particularly complex or challenging, but that’s not the point. Indy is Indy, and nothing more needs to be said about that. 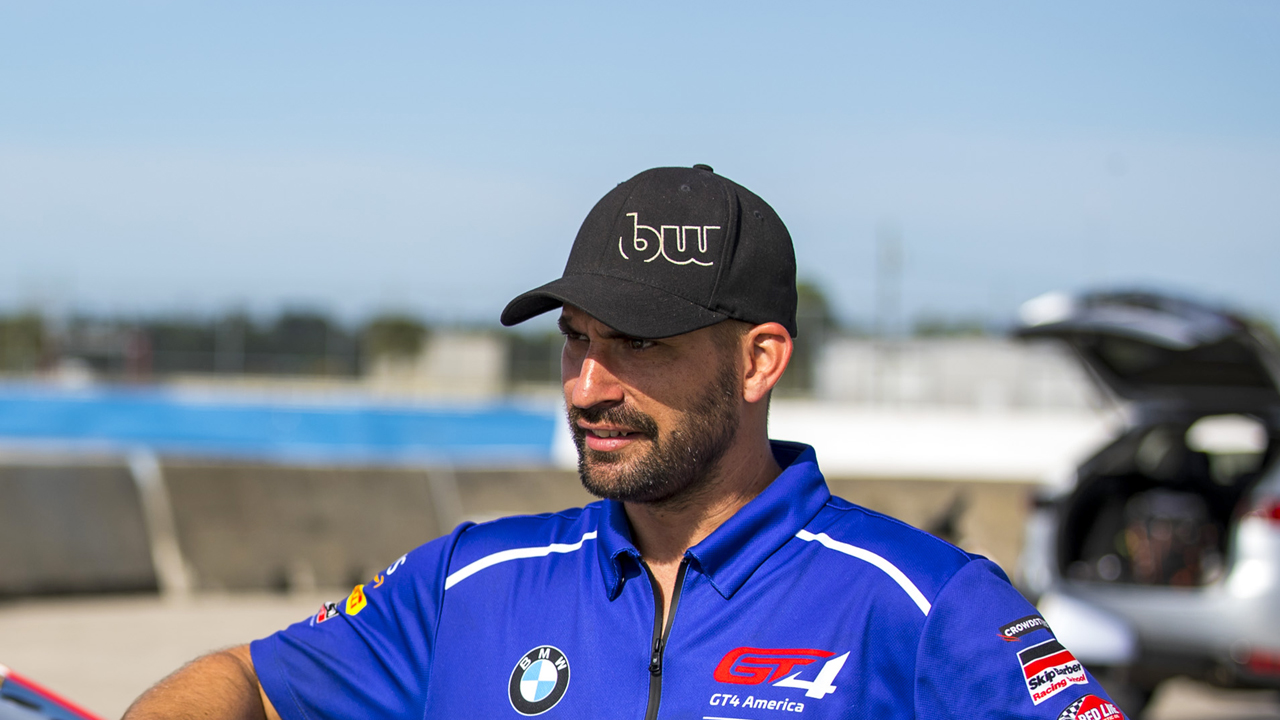 This is Daniel. He might still be cussing me out from the qualifying incident at Watkins Glen.

Indy was our SprintX regular season finale, but because of the post-season, extracurricular 8-hour race on Sunday (more to come in Part III of our year-end trilogy), we were scheduled to race on Thursday and Friday. We entered the weekend 5th place in the Pro/Am Championship but had a legitimate shot at moving up at least a couple of places if the stars aligned for us.

Spoiler alert: the stars didn’t align for us. I think we can call this a season-long theme. 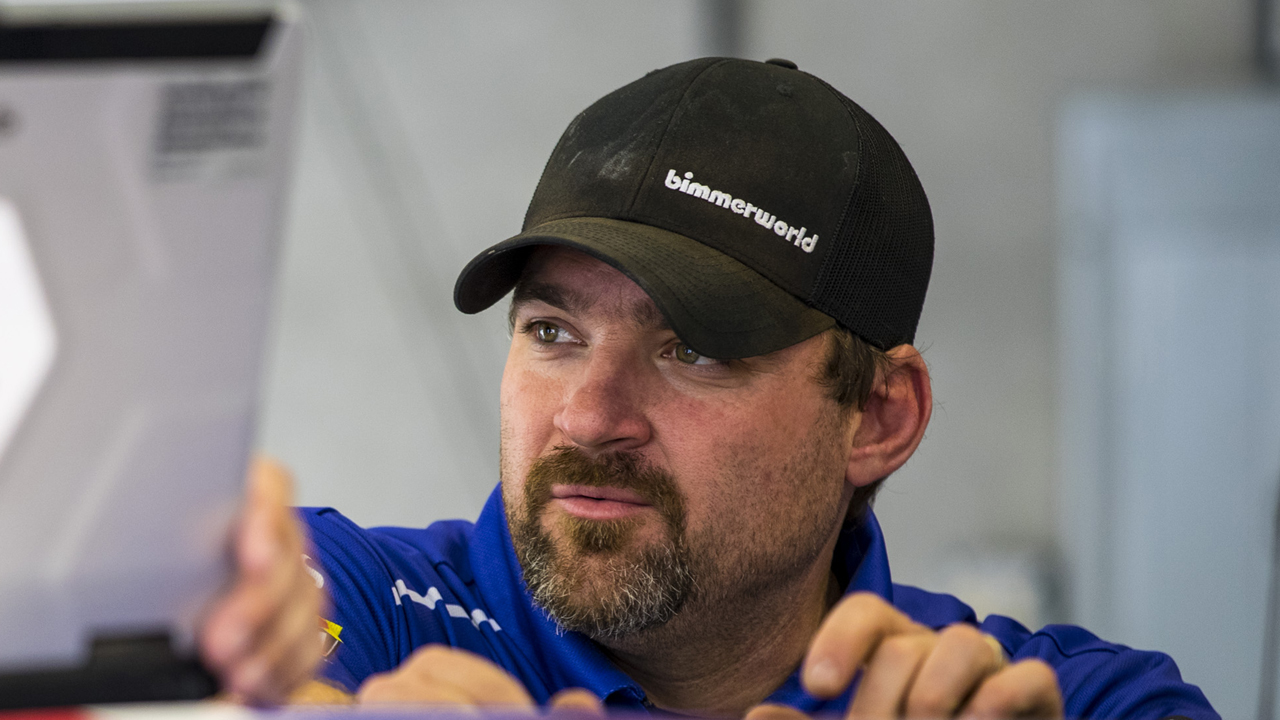 Jason makes a mean alfredo sauce and cuts his own Christmas tree. Who doesn’t love that?

Our Wednesday afternoon practice sessions were unremarkable. During the first session, both Bill and I were in the top three of our respective 12-car Pro/Am groupings. I think we can also call this a season-long theme. The second session was accompanied by pretty heavy rain, and we elected to keep the car in the garage. There was no rain forecast for the rest of the weekend, so there was little upside to driving around on a slippery track. 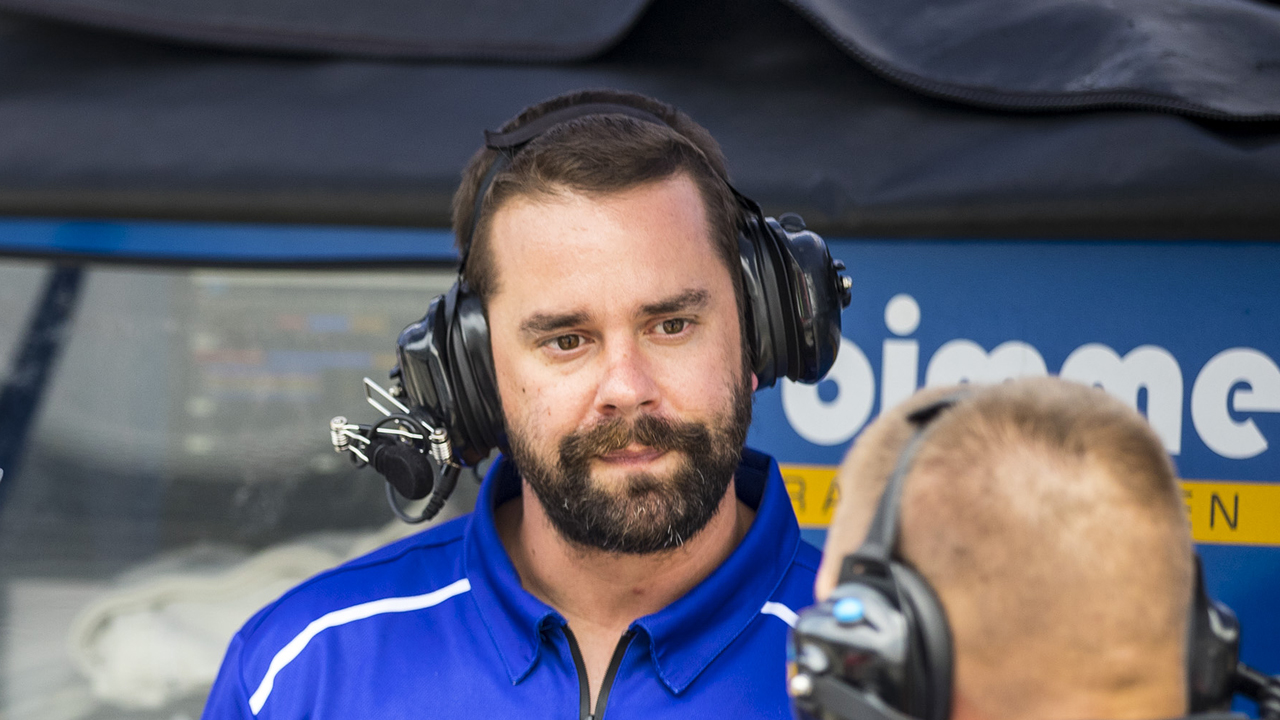 The highlight of Michael’s season was his new hat. Which you would never know from this picture.

My qualifying session on Thursday morning was truncated by a red flag on the opening lap. Once the incident was cleared, I essentially had two laps to put in my best performance, but something was just off. I turned in a personal best of a 1:45.0 but was disappointed knowing that there was more left in the car. It was good enough, however, for 3rd place in Pro/Am, so once again we approached Thursday’s race fully expecting a podium finish.

Bill went out next and put in a respectable 1:43.9, good enough for 6th in Pro/Am. Qualifying rarely gets in the way of Bill putting in a good race performance, though, so we remained equally optimistic for an improved finishing position on Friday afternoon. 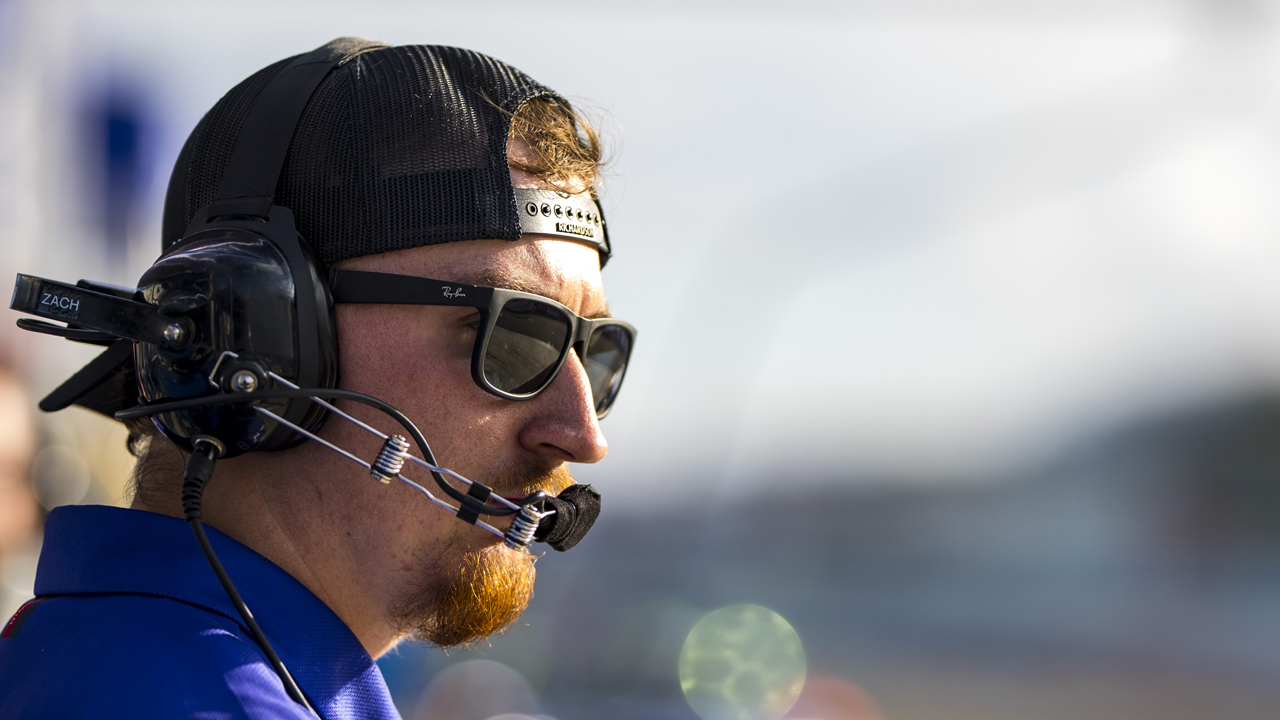 At the start of Thursday’s race, I was gridded 9th overall, directly alongside Matt Travis in the #47 Nolasport Porsche. You know, The World’s Fastest Accountant guy. He had outqualified me by only 0.12 second, so I did my best to intimidate him on the grid by saying things like, “Hey, Matt, I’m faster than you.” It sounded much more impactful at the time. 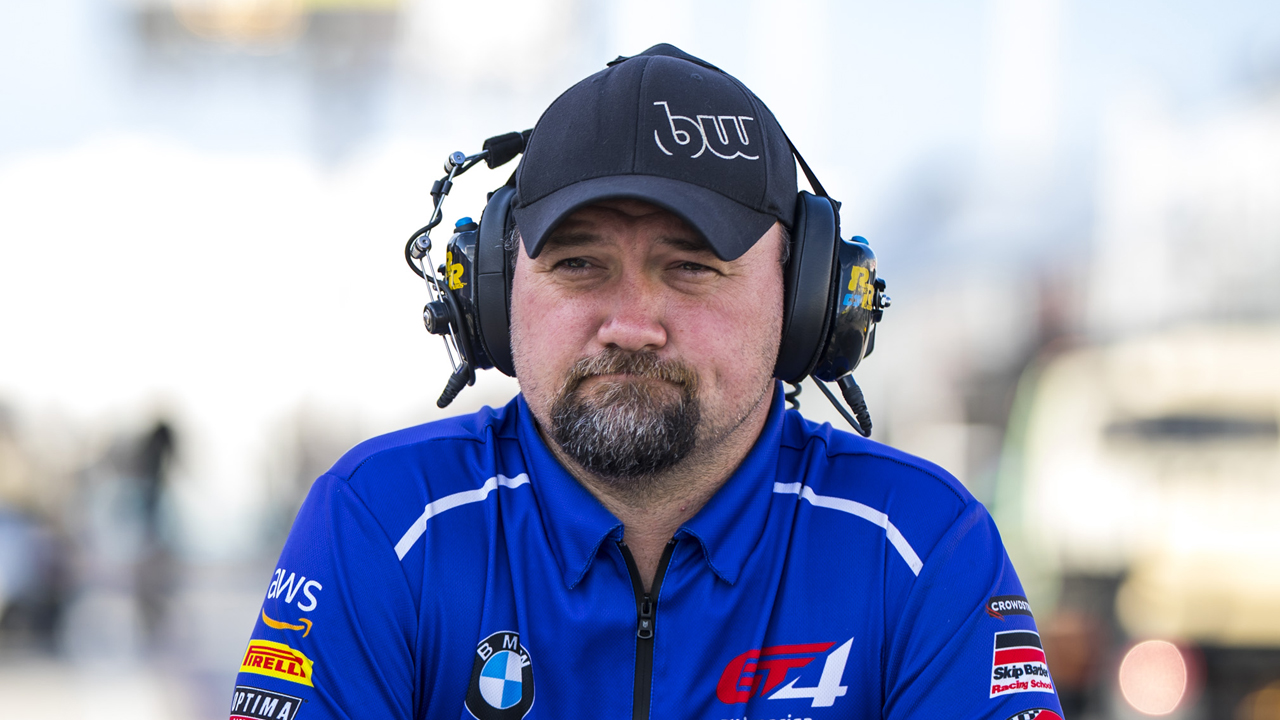 You might recall from our Sebring newsletter that Dave #1 likes ice cream. But not smiling.

The start of Race 1 was abruptly halted when an opening-lap incident brought out the double yellow flags. Again. Now I really can’t complain too much since I stuffed our car into a tire wall at Watkins Glen, but for five laps we dallied around Indianapolis like tourists. Which isn’t exactly how you want to spend your track time. 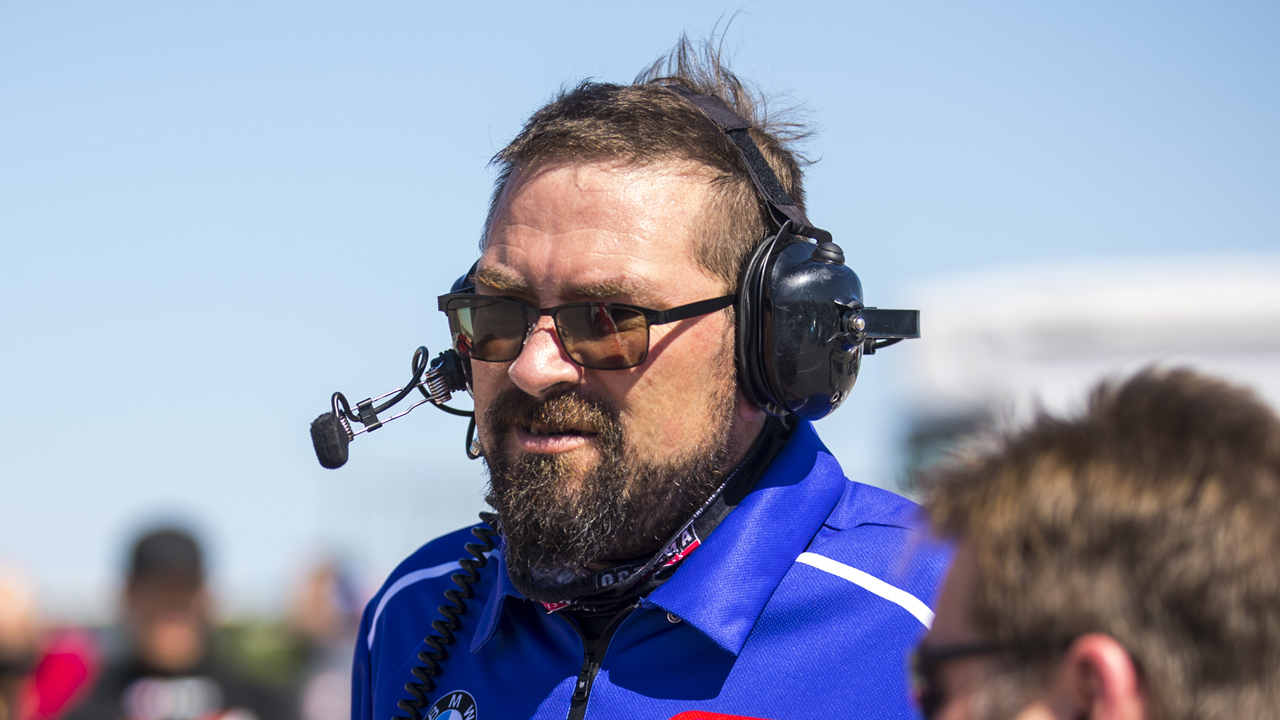 At the restart, I managed to hang onto the back bumper of Matt’s car for just long enough to make him think that I was going to be a nuisance. But unfortunately, while I clicked off some of my most repeatable laps of the season (I ran the remaining nine green flag laps of my stint all within 0.6 second of each other), the little yellow Porsche with Garfield the Cat on the hood slowly pulled away. It was still a strong showing, however – I handed off the car to Bill for his tour of duty still 3rd place in class and had created a decent gap to our next closest Pro/Am competitor. 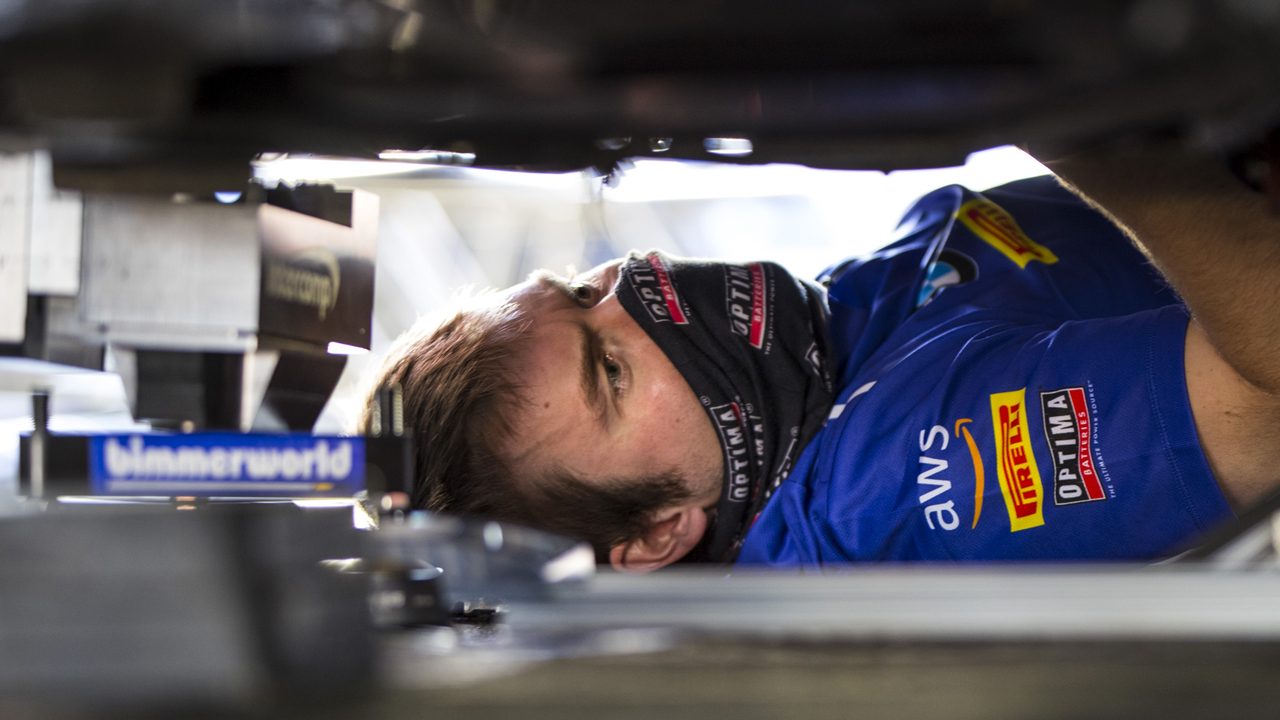 This is Tyler, replacing something that undoubtedly costs a lot of money.

And then the rest of the race happened. I wish I remembered it in more detail, but I honestly don’t. Maybe it’s a defense mechanism. What I do recall is that once again, and as witnessed at Sebring just two weeks prior, the car lost pace as the end of the race drew near. I think we can call this a season-long theme. 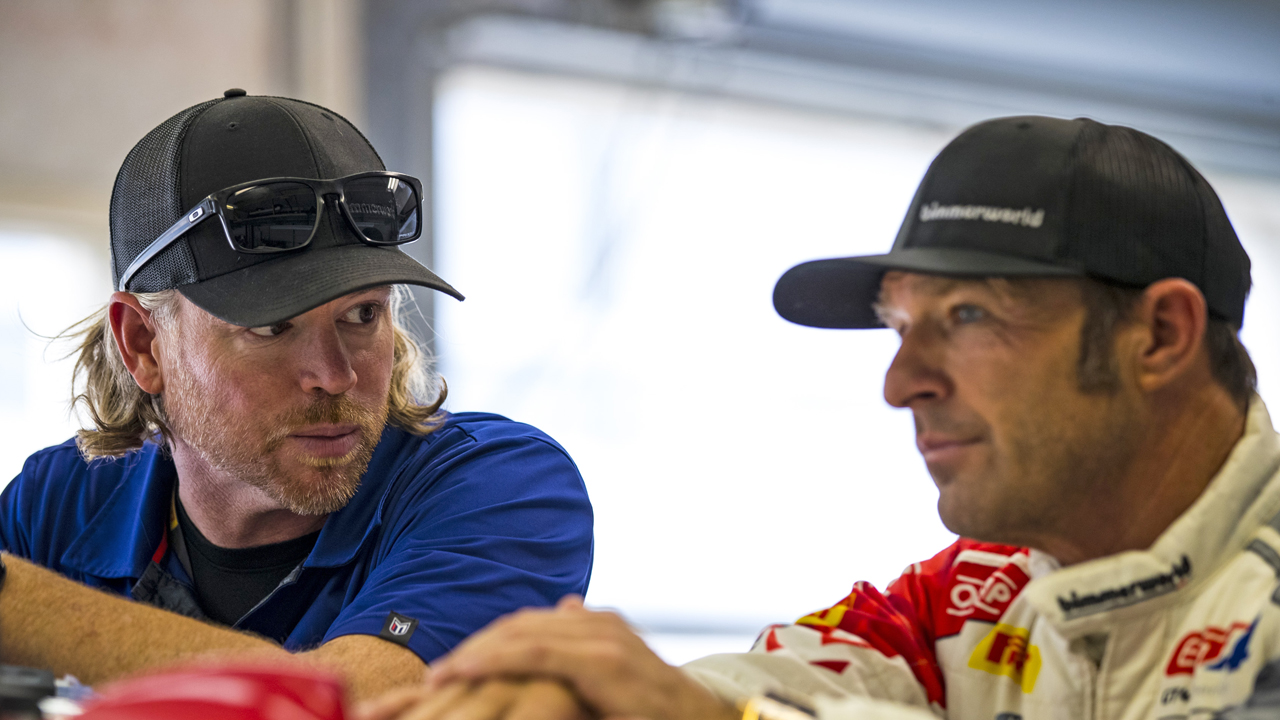 At the checkered flag, our hopes for a podium position were rudely usurped by the #59 Aston Martin and the #119 BMW. We finished 5th in class and 9th overall, which didn’t exactly suck, but it was not the result we had envisioned.

And now I want to skip to the end of the newsletter, but I can’t because you’re expecting me to tell you about Race 2 on Friday. 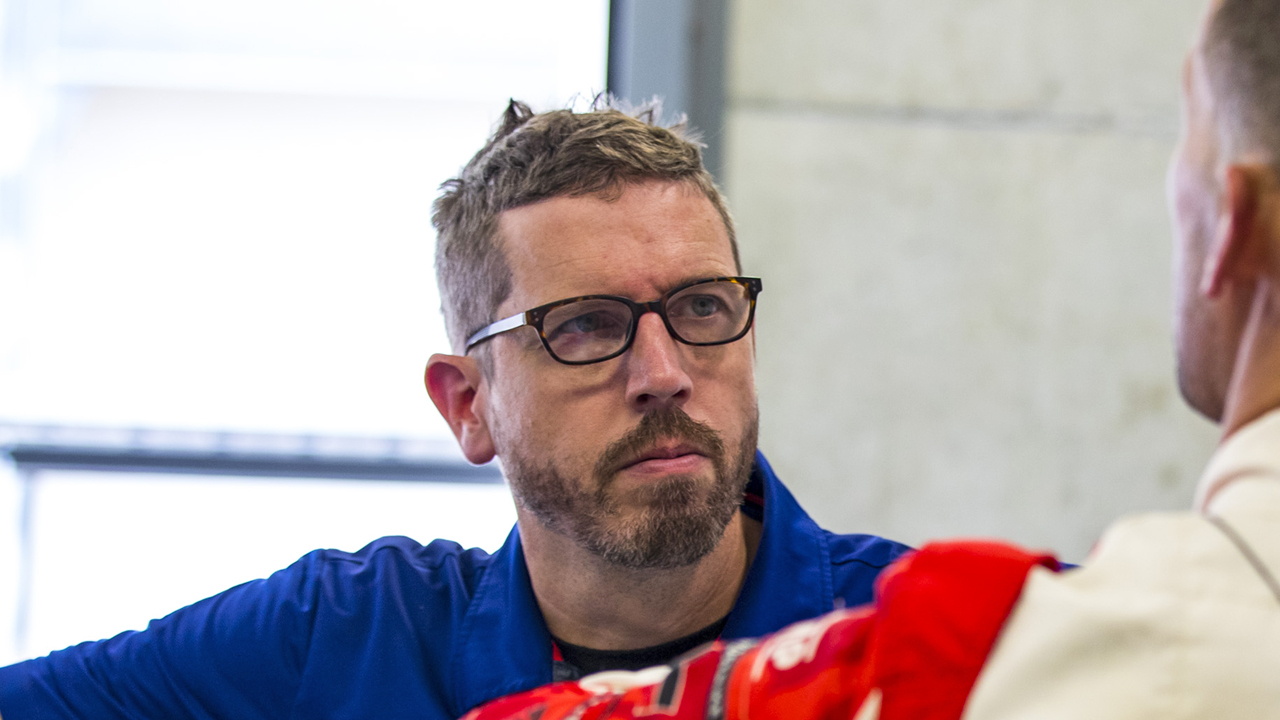 When not at the track, Wayne passes time posting pictures of his cat. Lots of pictures.

Race 2 was great until it wasn’t. I think we can call this a season-long theme. Bill made great strides in the opening laps on Friday morning, moving all the way up to 3rd place. But shortly thereafter, an unfortunate incident in Turn 7 resulted in a broken right-front lower control arm. That’s a pretty important part, not something you can just ignore while hoping that it will heal itself. 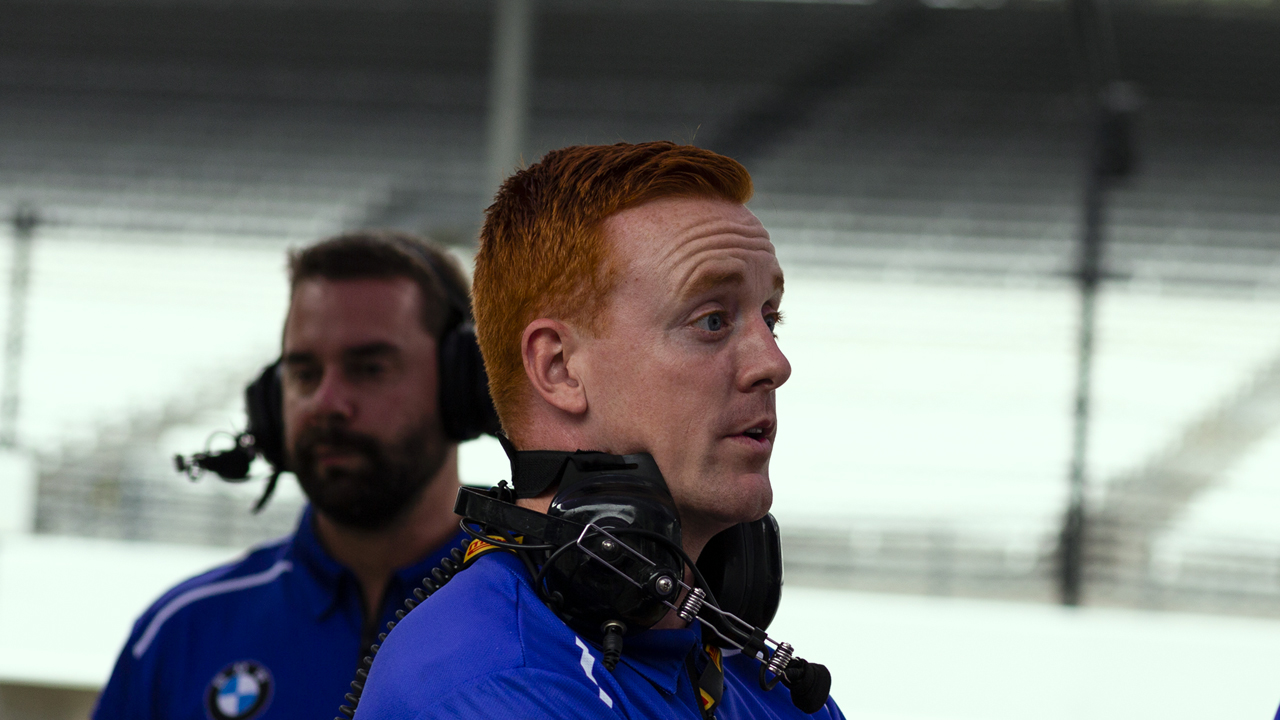 This is the newest member of the team, Alex. He had that look on his face all weekend.

Disappointingly, but unsurprisingly, Bill had to retire the car. And as a result, we finished dead last. Another zero in the points column. Without either pomp or circumstance, our 2021 GT4 SprintX season was over. Ta-dah. 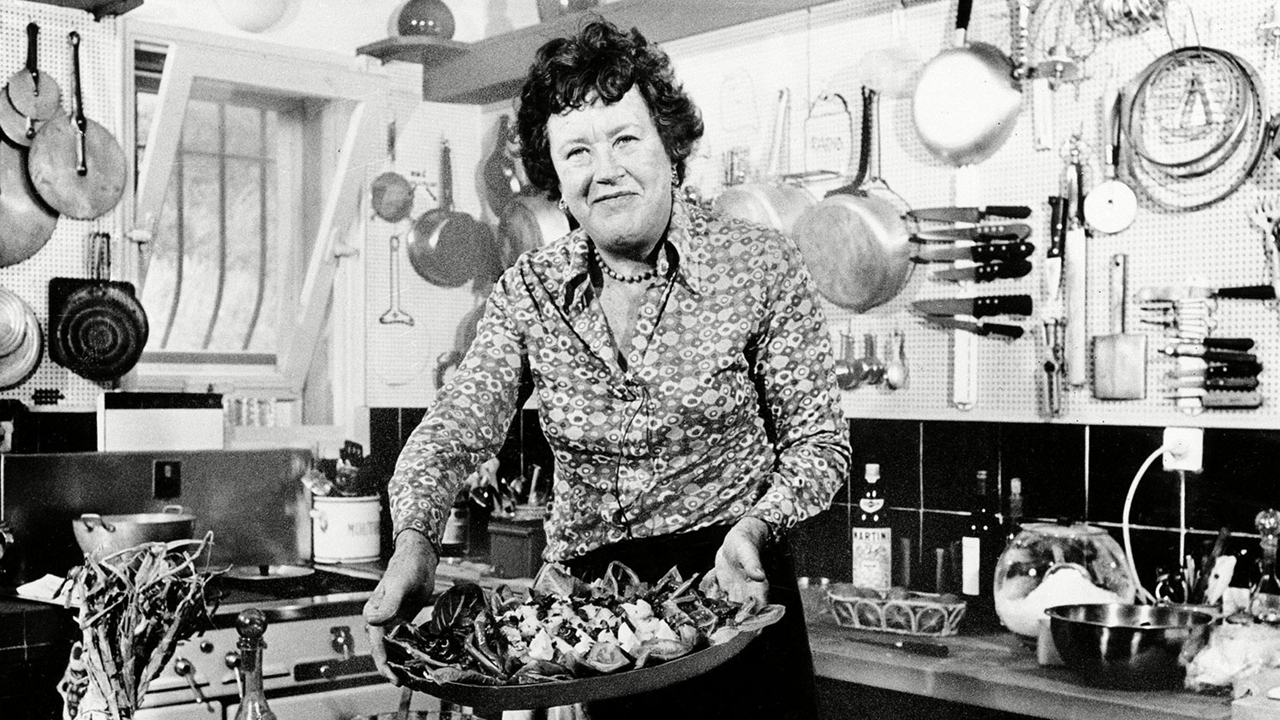 Dave #3 fed us all year but managed to avoid the camera. So, let’s pretend this is him.

In spite of the fact that we scored exactly zero points in 6 of our 14 races this season, Bill and I still managed to hold on to 5th place in the year-end Pro/Am Championship. In other words, we could have skipped nearly half of the races this year and had the same net result. Are you kidding me? That’s definitely a glass-half-full or glass-half-empty discussion waiting to be had.

Knowing that I have a third year-end newsletter yet to write, I’m going to pass on the opportunity here to wax ecstatic about the entire season in recap form. That will make for good future content. But I do need to mention that Indy marked the last time I had the honor of handing off a racecar to Bill Auberlen. And that brings with it a profound sense of melancholy. As if there wasn’t already enough melancholy to go around. 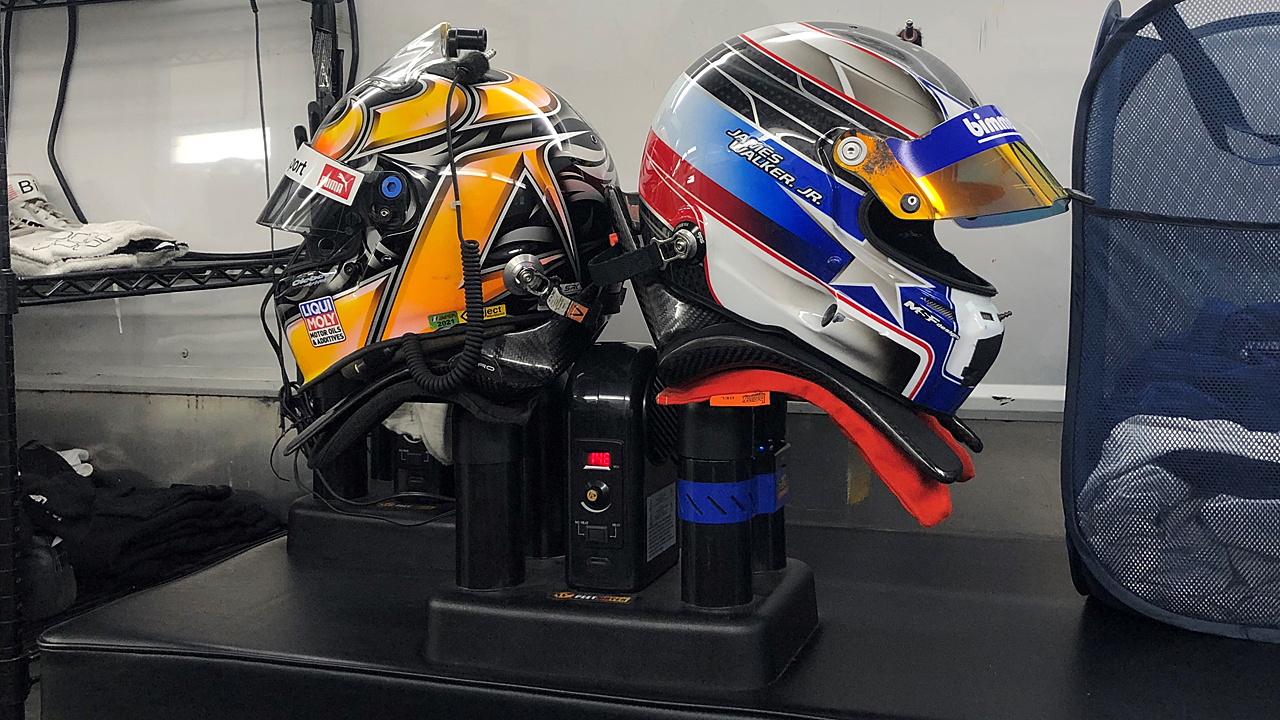 I’ll fondly remember 2021 as the last time that I shared a helmet dryer with a legend.

But put all that stuff aside for now as we change gears. No time for introspection. It’s time for something completely different. It’s time to go GT4 endurance racing at Indy.