I have decided that I am not going to write a newsletter for Sonoma. There was truly nothing worth sharing. If you still want to see how we finished, click on this link and you can view the official results on your own time.

Q: What? You haven’t skipped a newsletter in 23 years. Why start now?

A: No questions. The newsletter is already over.

Q: Really? It was that bad?

Q: So, you’re not going to give us a play-by-play?

Q: How about at least some pictures?

A: Fine. Compliments of Halston Pitman. 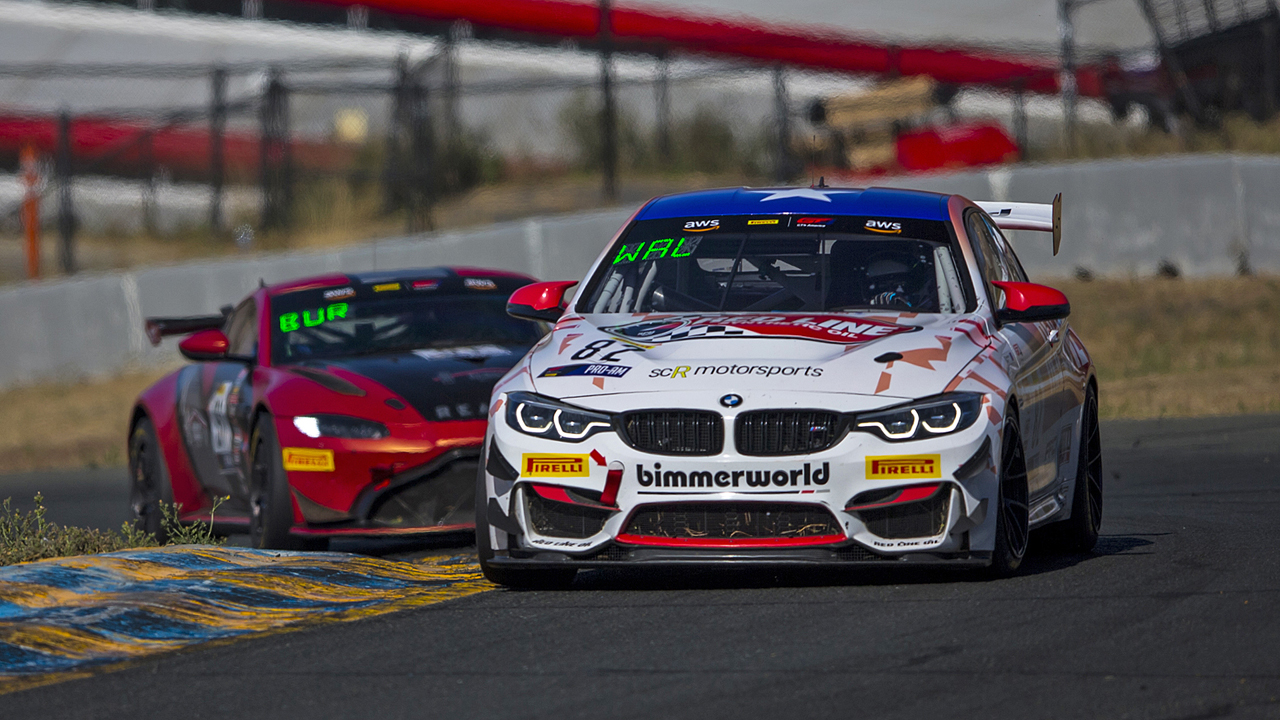 This is me in eighth place on Friday.

Q: Come on, now. How about just a brief little Haiku top summarize things for us?

A: You want poetry? Be careful what you ask for. 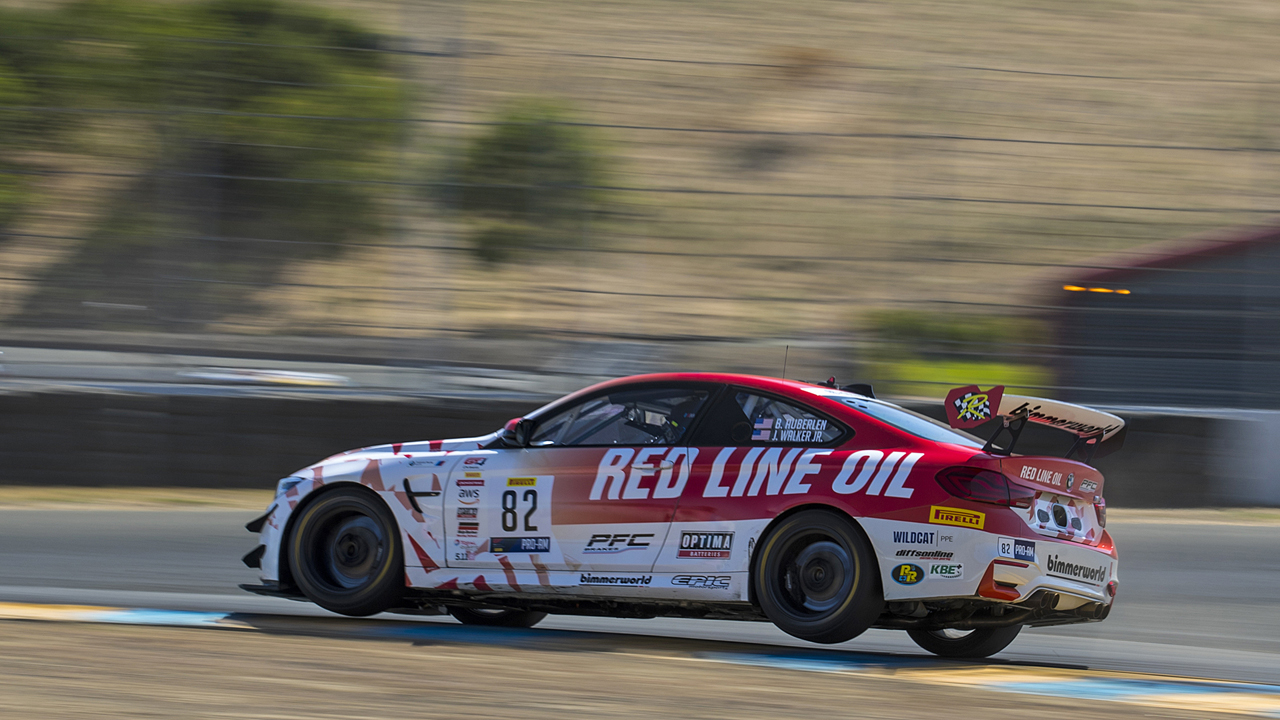 This is Bill in eighth place on Saturday.

Q: Can you fill in some details using a limerick? Those are short too.

I once drove a BMW M4,
And the result was incredibly poor.
I’m not saying it was lame,
Or that any one thing was to blame,
But man, is my ego sore. 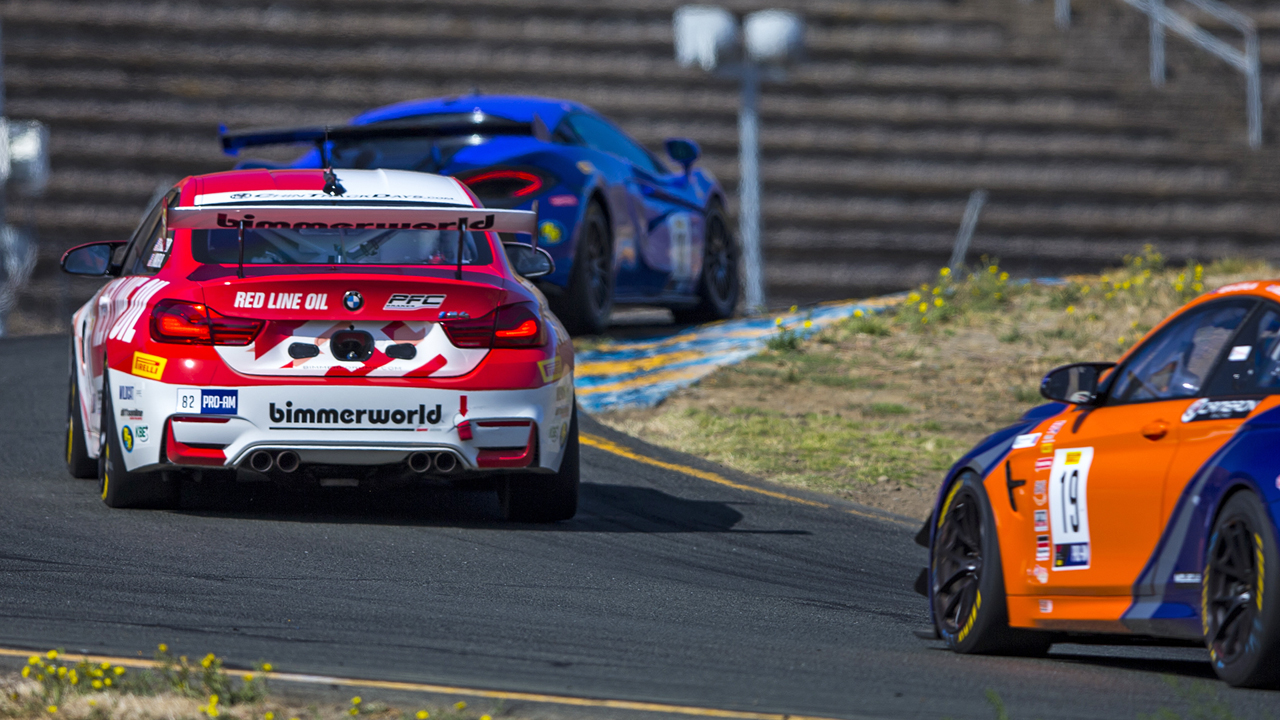 This is Bill temporarily in seventh place on Sunday. We would finish…eighth.

Q: You’re on a roll. Can you let it all out as Christmas story?

A: I can’t believe I am actually doing this.

T’was the week of Sonoma, and all through the trailer,
The BimmerWorld team was anticipating anything but failure.
Our pace at VIR had come after hard work and testing,
And resulted in trophies for everyone’s hefting.

Late in July, a test day was planned,
A racecar was rented, and a coach was on hand.
But when time did arrive to complete lap after lap,
The valves hit the pistons and the motor was scrap.

Returning in August, we expected to hustle,
And Wednesday brought pace, speed, and BMW muscle.
Thursday was a repeat with times near the top,
So, nobody thought the next days would flop.

When qualifying rolled around, the lap times they slid,
And both Bill and I were stuck at the back of our grid.
Heads were scratched and data was mined,
But nowhere in the mix could we find the missing time.

I would start P8 on Friday, back among my peers,
And Bill’s P6 on Saturday almost brought us to tears.
Sunday’s result, though, bewildered the team,
With the car showing only enough speed for P9 at the green.

Race one on Friday was an exercise in frustration,
The car finishing P8 without a standing ovation.
During race two on Saturday, Bill’s race craft was displayed,
But after a drive-through penalty, the team was dismayed.

After finishing P8 two days in a row,
The team hunkered down, determined to make Sunday not blow.
But that morning the racing gods were not to be appeased,
And a third P8 finish brought our pride to its knees.

It was both a kick in the teeth and a poke in the eye,
But the BimmerWorld crew won’t be lying idly by.
Next up is Road America, a track we know well,
And we will be back, and freaking going like hell.

Q: I can’t believe you actually did that.

A: Yeah, neither can I. That’s not anywhere even close to where I thought this newsletter was headed. It just sort of happened. Weird. 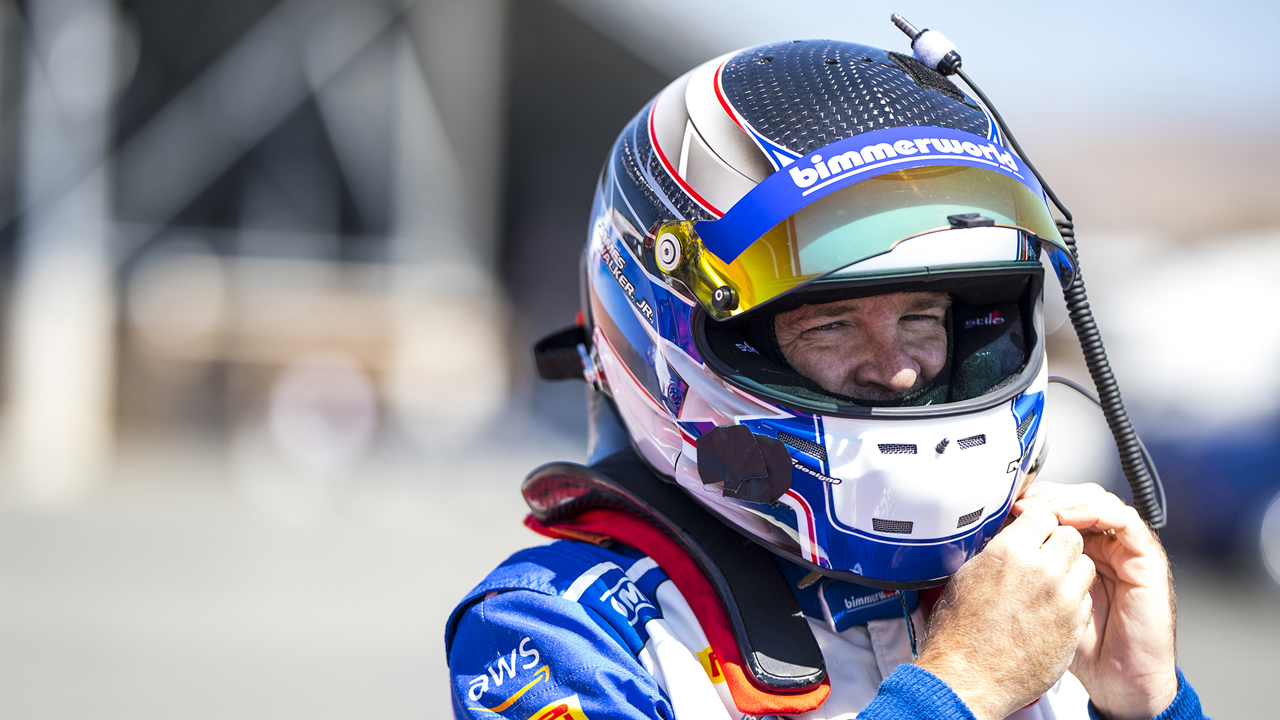 That look basically says, “I’m trying to appear happy for the camera, but I’m not.”

Q: How is the team supposed to take you seriously if you’re writing bad poetry about what sounds like an incredibly disappointing weekend?

A: That’s a really fair question. And maybe I asked this question (yes, spoiler alert, I do ask all of my own questions) because this is really important to me to put out there after this weekend’s dismal sequence of events.

If you have been on this distribution list long enough, you know that I don’t take myself too seriously behind the keyboard. The problem is that I do take myself too seriously behind the wheel, and I frankly write these newsletters in a cathartic way to get me through the rough spots. That, and so that my mom can stay abreast of what I’m doing on the weekends. A 23-year-old habit is kind of hard to break.

Up to this point, this has never been an issue. I don’t mind poking fun at myself, and now that my kids are older, they seem to enjoy it as well. But the added dynamic of racing under a microscope creates a sense of tension about writing these self-deprecating newsletters that I can’t easily put into words. It’s not a bad thing, but you need to appreciate that this is serious business for BimmerWorld, BMW, and Bill. These guys do it for a living, and I’m the Am driver who is expected not to screw it up for them. And yet here I am peeing on my balaclava and telling the world about it (although it’s arguably a very, very small part of the world).

So, in the spirit of an open statement to Bill, James, David, the Twins (I still can’t tell them apart), all the folks at BMW that I have never met, and everyone else who has a vested interest in this awesome program, I have got to get this off my chest. So here we go.

I’m all in. I’m actually beyond all in, and I probably need to work on that too. There is more pressure internally to succeed than can be generated externally by any or all of you. Those that have seen me at work studying data probably already know that. But I’m going to have to navigate the ups and downs in my own way. And that will invariably mean that I’ll write stuff which makes you roll your eyes from time to time. It’s part of the James Walker, Jr. package. But have no doubt, I am here to represent. I am here to compete. And I am here to win. All with the same level of intensity and focus that y’all bring to the trailer. 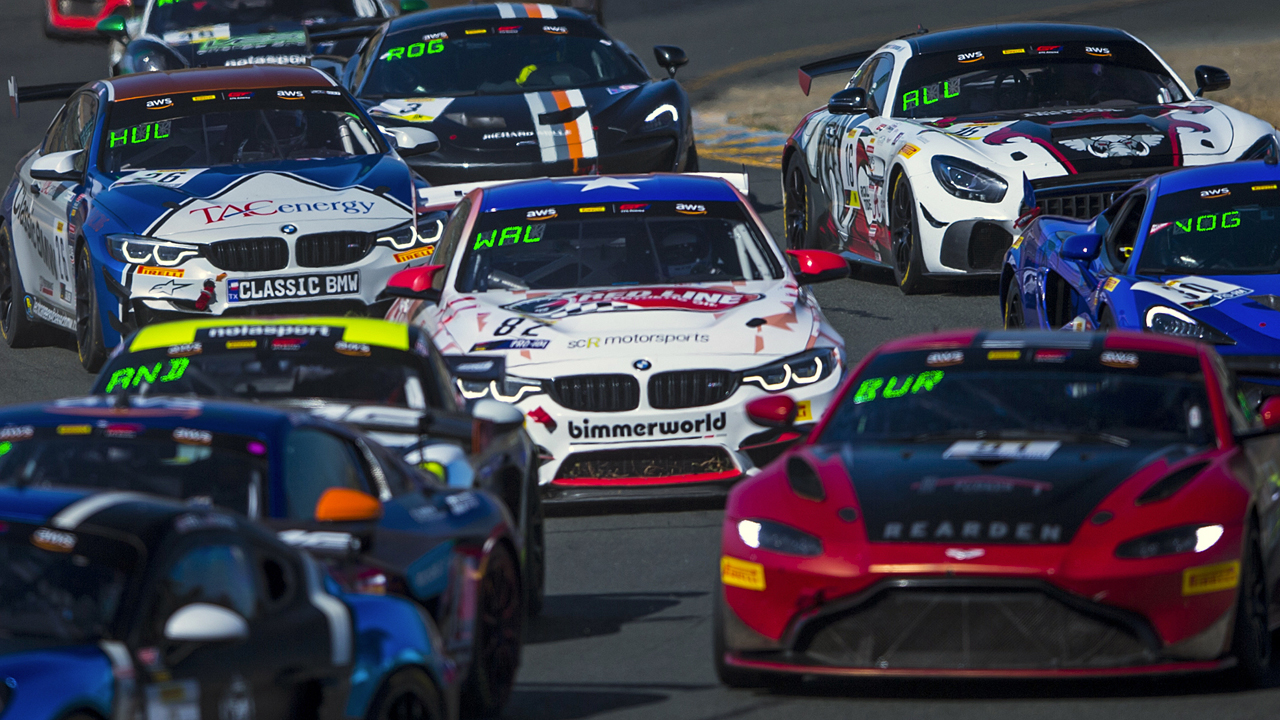 Trust me, I don’t plan to hang around back here any longer.

Q: Wow. That was kind of personal, wasn’t it?

A: Yeah. It sure was. That’s not anywhere even close to where I thought this newsletter was headed. It just sort of happened. Weird. Almost makes me want to add just one more stanza to the Christmas story.

For some of us it’s a hobby, and for some it’s a career,
And we all left the track to drown our sorrows in beer.
In closing, for all, Sonoma had a unique spin,
But moving us forward is the overwhelming desire to win. 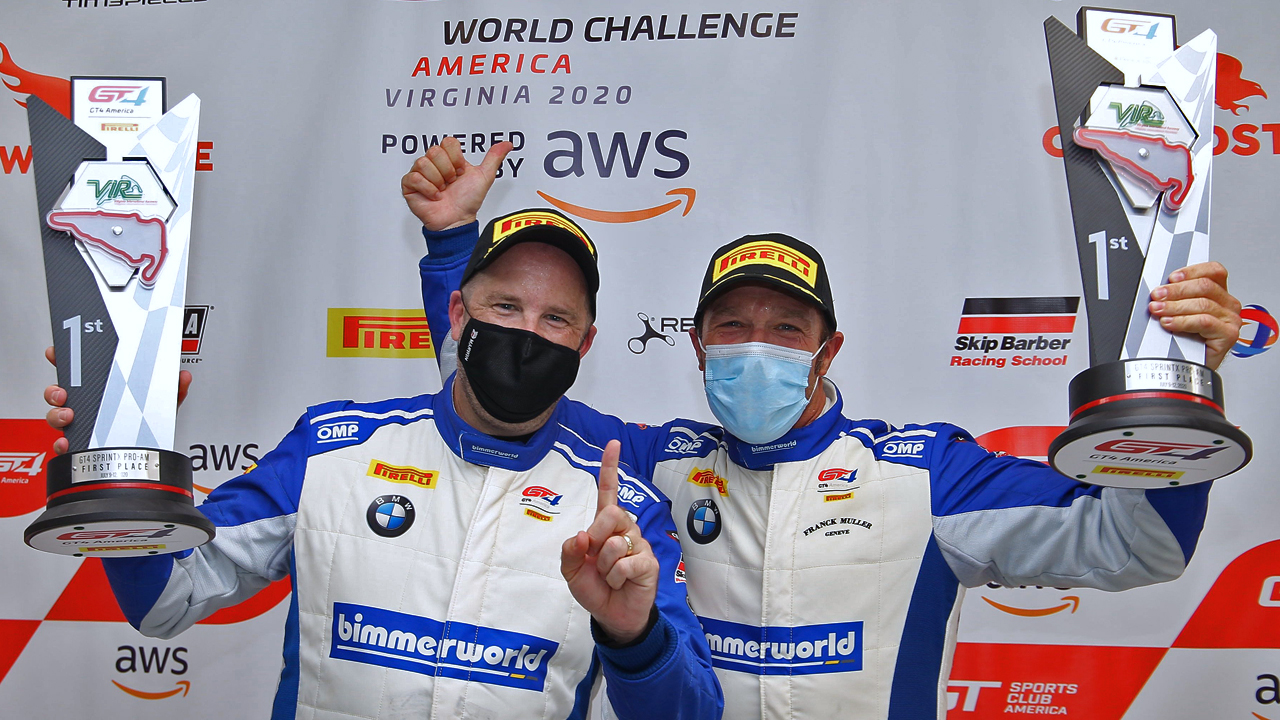 Don’t rest on your laurels. But it’s ok to reuse a photograph from time to intimidate the competition.