Q: Isn’t it about time for your next race at Sonoma?

A: Absolutely. I’m writing this update at 40,000 feet as United Airlines carries me to California for round three of the 2020 SRO GT4 SprintX Championship. As you might recall, we had a great race there last year in the TCR Alfa with awesome support from the team at Romeo Ferraris. 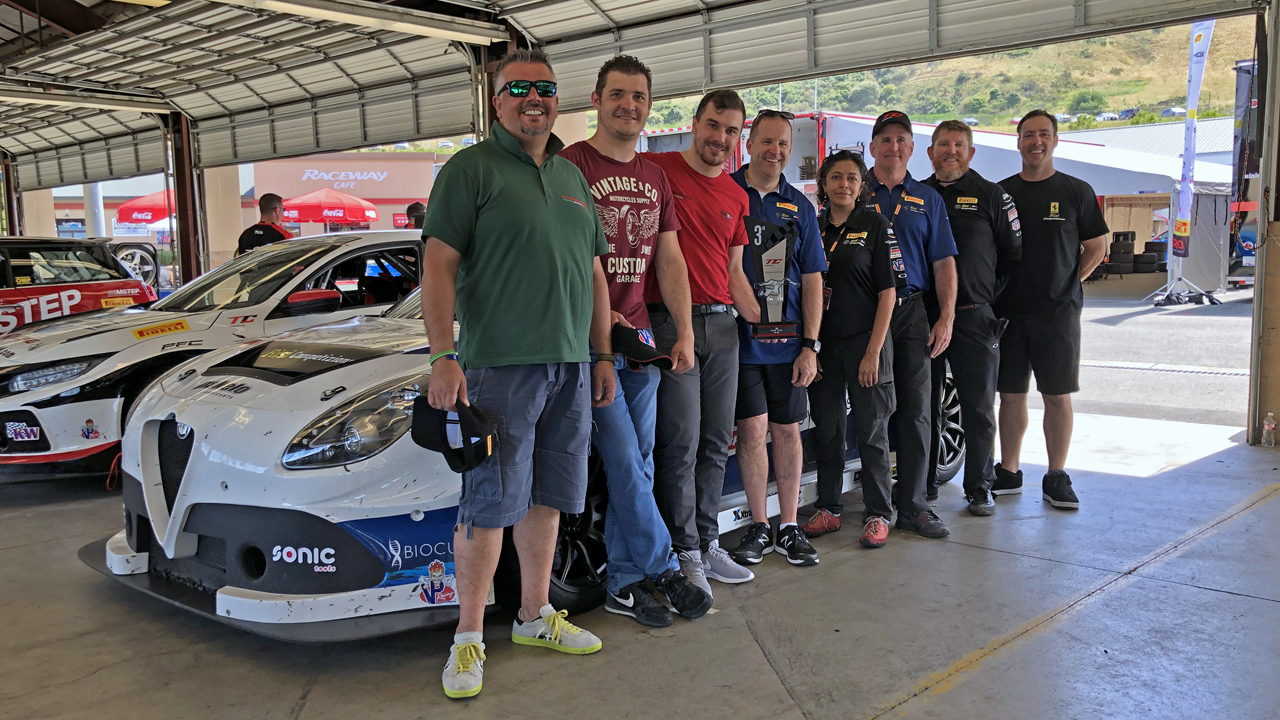 On the TCR podium at Sonoma, 2019, while the regular Risi crew was off playing at Le Mans.

Speaking of which, I am still trying to sell two beautiful TCR Giuliettas. One is brand new (never been raced!) and one, well, was up on two wheels last fall at Las Vegas. Both are sitting at the Risi shop ready to race, so if you’re over COVID and want to make the most of what’s left of the summer, let’s make a deal! Catch me in the right mood and I’ll probably throw in a roll of Hello Kitty duct tape. 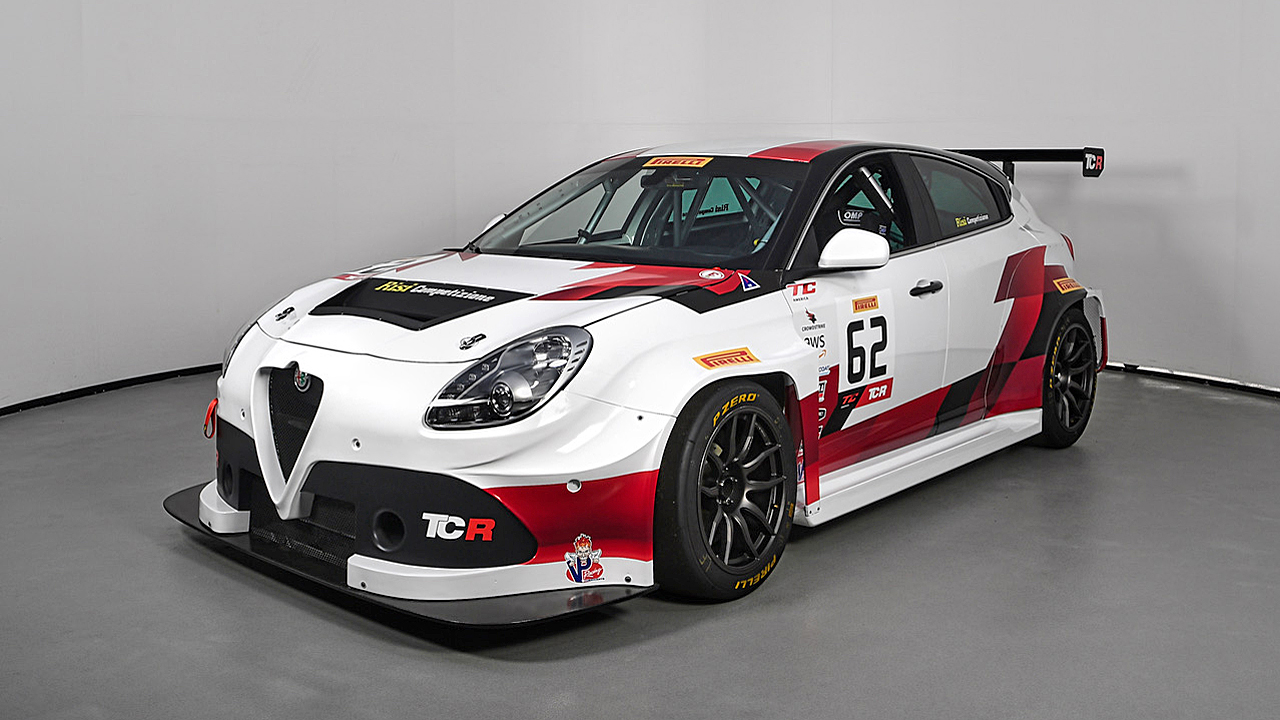 If you’re on this exclusive distribution list, Friends and Family pricing will apply!

Q: Back to GT4. Now that it seems like you are actually competitive, I might watch this weekend. When do you race?

A: The full weekend schedule can be found by clicking on this link, but I have summarized the important bits below.

Note that all of the times listed are local to Sonoma, California. So, for example, if you live in, say, Texas and don’t adjust for the time zone difference you will log on two hours before the fun starts. Like some unnamed readers (that perhaps live in my house) almost did last time around.

Q: Since you’re being so helpful, can you send the link to watch it online?

A: If you insist. Click on this link and it should take you to the GT4 homepage where you can stream our race live. Alternatively, you can go to the SRO GT4 YouTube channel and watch it there. With so many options, you don’t have an excuse not to cheer us on!

Q: Is it another large field like it was at VIR?

A: Indeed. According to the online entry list, there are a total of 25 cars on our grid. It looks like 11 of those are competing against us in the Pro-Am category, but hopefully we will be in the running for the overall win each day.

A: Good memory! We made a huge jump up the leaderboard at VIR and mathematically can come out of this weekend leading the points if we put our heads down and get to work.

Q: Congratulations on that and all, but what we really want to know is, where’s the teenager’s update from VIR?

A: Ask, and you shall receive. He apologizes for the delay, but to be fair he has been away for most of the summer. So, without further ado, the final Teenager Newsletter before the boy heads himself off to college (this is where Dana gets a little bit teary-eyed).

Q: How about that? Pulling victory out of the jaws of second place?

A: That was pretty great. I wasn’t able to watch Race 1, so when I was watching it after the fact, I thought, “That’s weird, I thought they won” about five seconds from the end. Maybe the #28 BMW should bring more gas next time. 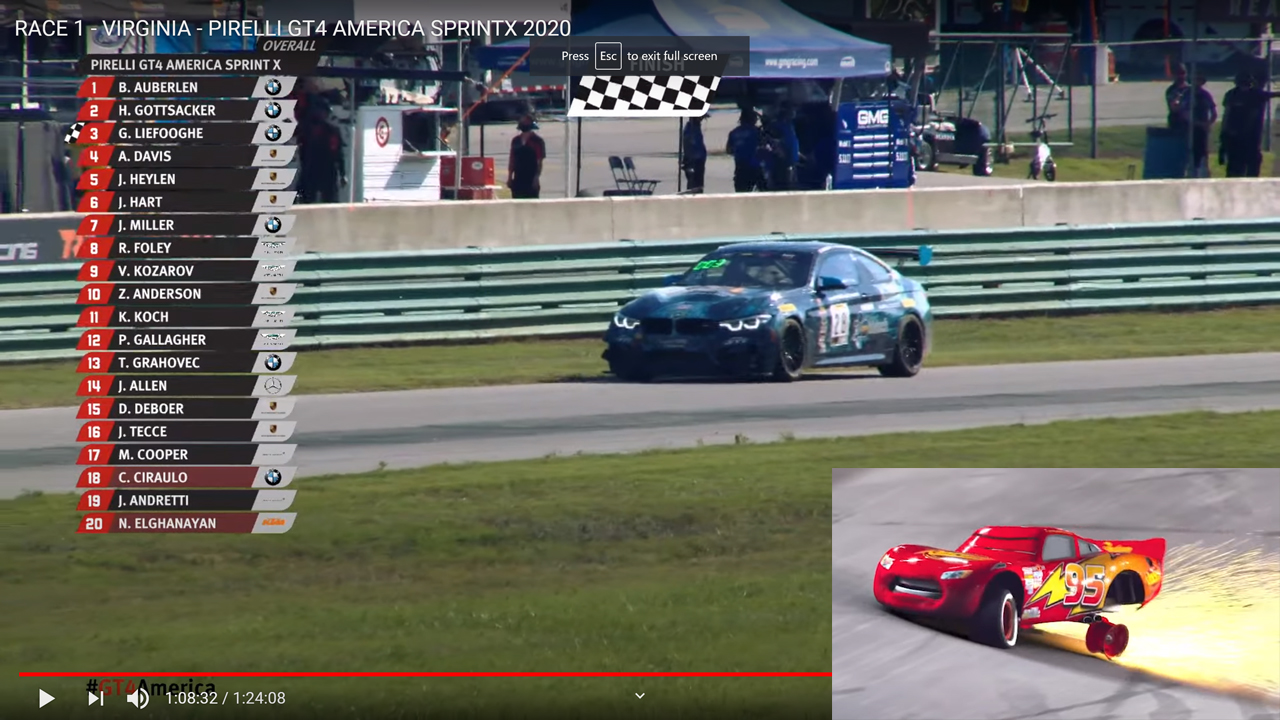 Lightning McQueen is a hundred feet from his Piston Cup!

Q: You never miss a Cars reference, do you?

A: Never. And while it’s not exactly accurate (running out of gas vs. tires blowing out), it was the first thing I thought of as I watched. So, I’m going to use it.

Q: How about that bump on Saturday afternoon?

A: I thought they were being nice and allowing ***REDACTED*** back to the front because he got hit. Turns out that didn’t happen; they just had to redo the start of the race. But I think it turned out alright, given the end result. After all, Lightning McQueen…

A: Just kidding. I wasn’t actually going to make a reference. I didn’t even have one in mind for that moment. Hopefully I finish writing this before I think of one, because if so, it’s going in here.

If you’re looking for an early Christmas present for JWJr or ***REDACTED***, they seem to be going through rear suspension parts faster than usual this year. Adjust your list accordingly. 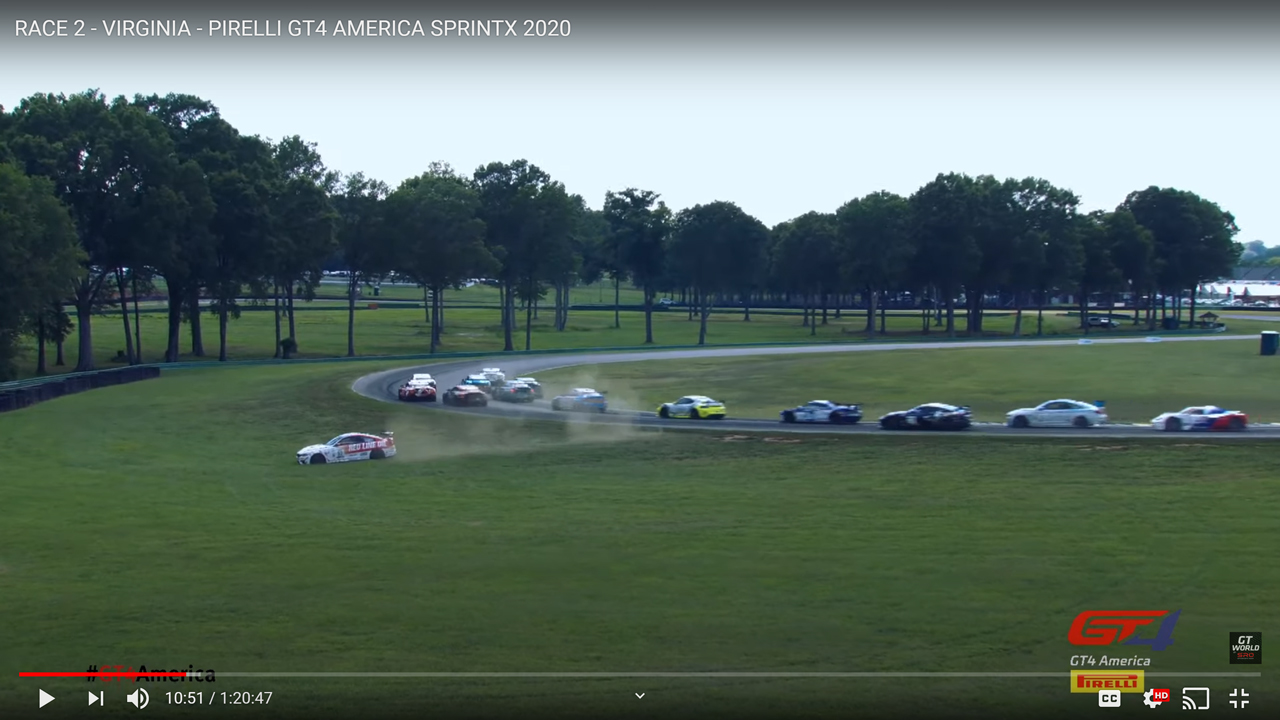 Q: How about that restart on Sunday morning?

A: That was somewhat disheartening. But what my father failed to mention in his newsletter was that some of his closest driving in that race occurred immediately afterwards. 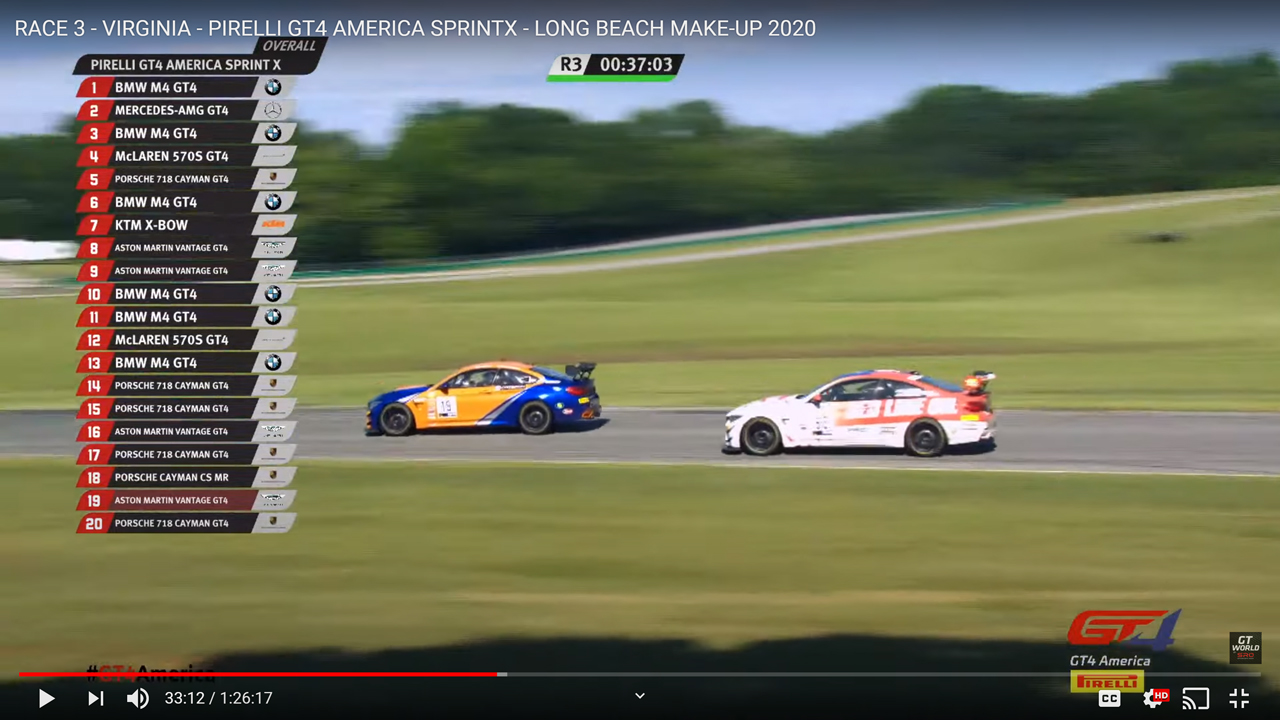 As if there wasn’t enough time spent behind orange cars last year.

He was extremely close to the orange BMW and totally would have passed him in short succession if not for the driver change. Then ***REDACTED*** took over and passed many cars. None of which we got to see, since the cameras were mostly pointed elsewhere. I guess the broadcast figured they got enough airtime over the first two days. Which is fair, because they did. 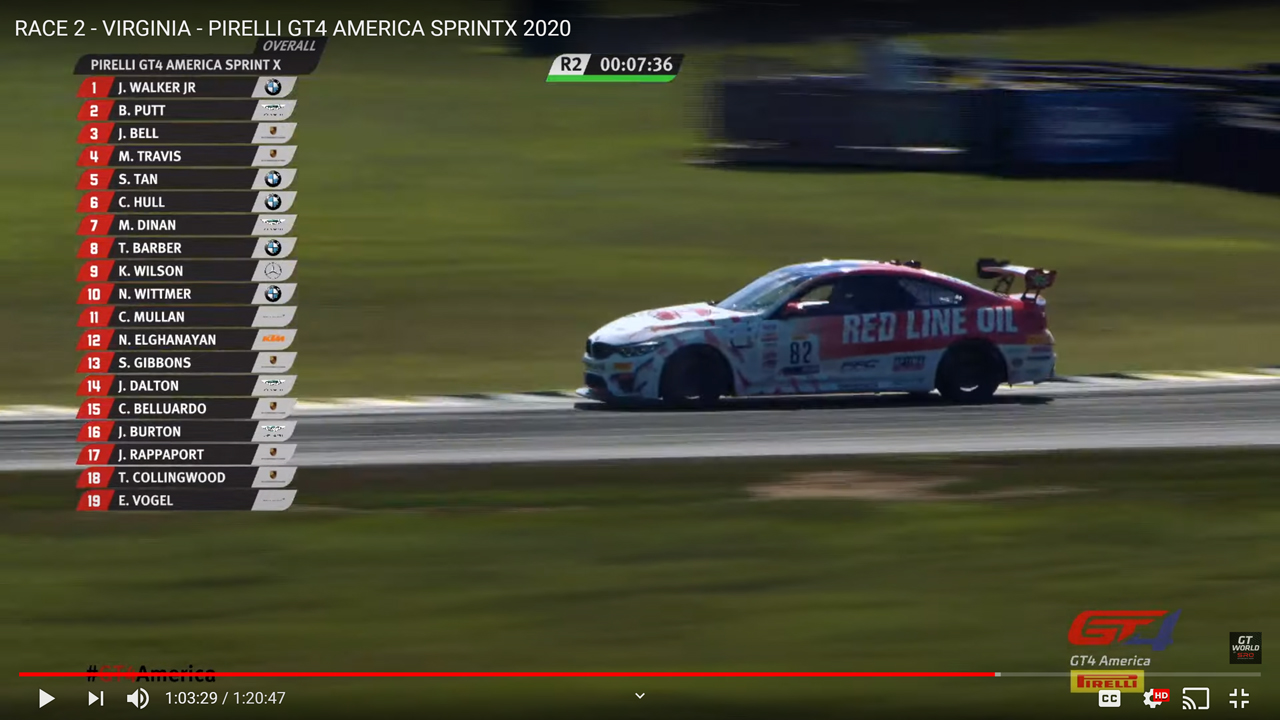 “We mention this every race, but it’s worth noting that James Walker is STILL a mechanical engineer specializing in crash reconstruction and data analysis!”

Q: Did the announcers actually say that?

A: Sort of. The meaning was there, even if the words weren’t.

Q: Were there PöRQ Snacks?

A: Who needs PöRQ Snacks when you have Outback Steakhouse? Clearly, it’s been working for ***REDACTED***, which proves that scR motorsports had it right from the very beginning. And last weekend it all came together. But none of it would be possible without a great team, great fans, great co-drivers, and Australian steak. And Hello Kitty Duct Tape.

Q: Where has the duct tape been this year?

A: When you think about it, it’s truly amazing that the double victory was possible without the duct tape. But I’m sure that the HKDT would have been the key to the third. Maybe they’ll try it next time. I’m thinking a nice band-aid over the right rear bumper cover… 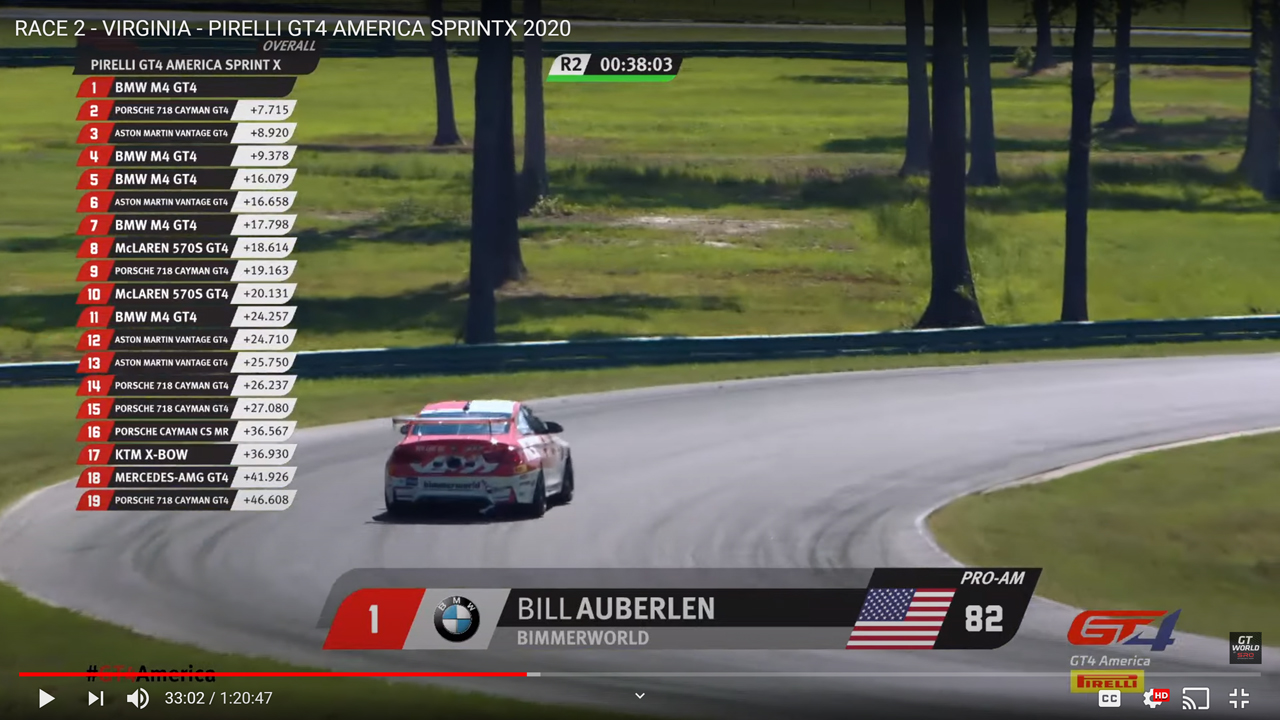