We are so, so close.  All we need now is a little bit of racing luck.  Not a lot.  But just enough to get the job done.

Does that sound familiar?  Welcome to Watkins Glen, AKA Groundhog Day. 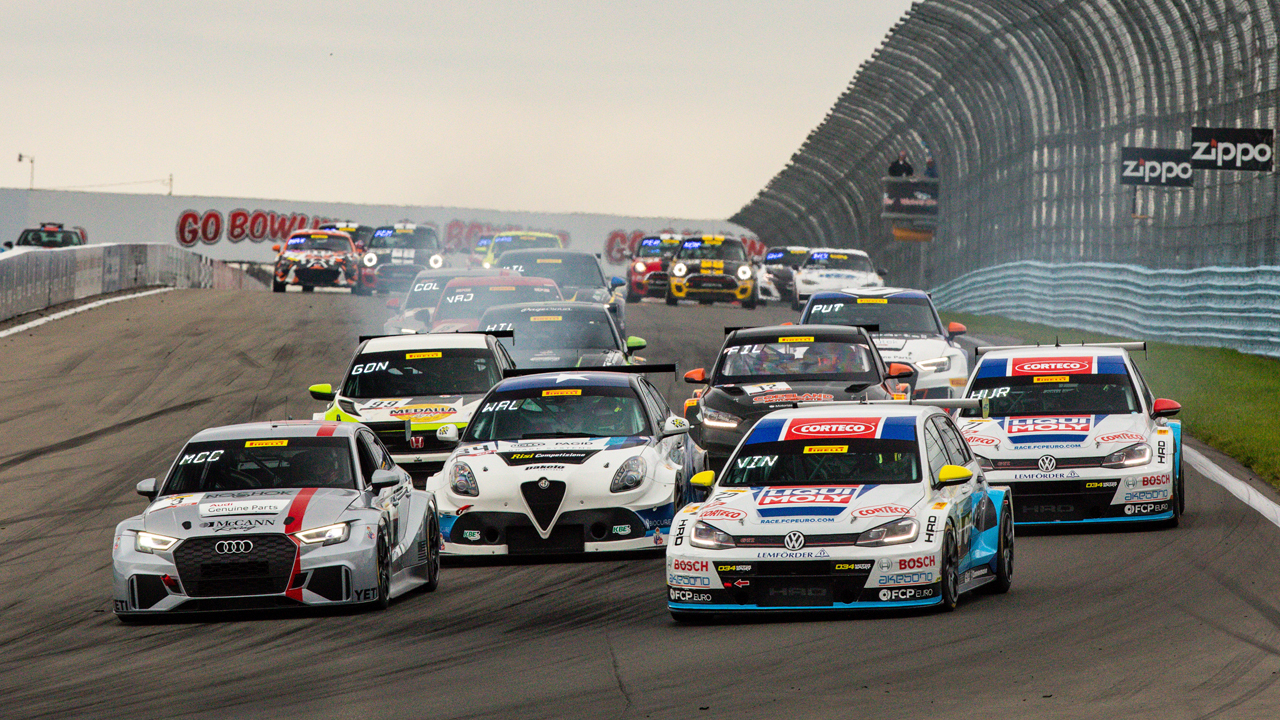 Q: How come I got the teenager’s newsletter before yours?

A: Because the teenager has too much time on his hands.

Q: What do you have to add that he didn’t already tell us?  We know you didn’t win.

A: Not a whole lot, I suppose.  But I have arguably better pictures than he does, so let’s start with a few of those.  And to streamline the newsletter, I’m about to transition into Narrative Mode.

The picture below is from Turn 9 on Friday, but pretend it’s from Thursday.  The weather was stunning both days, a trend that would carry through the course of the weekend.  Upstate New York in the fall can be simply beautiful. It did not disappoint. 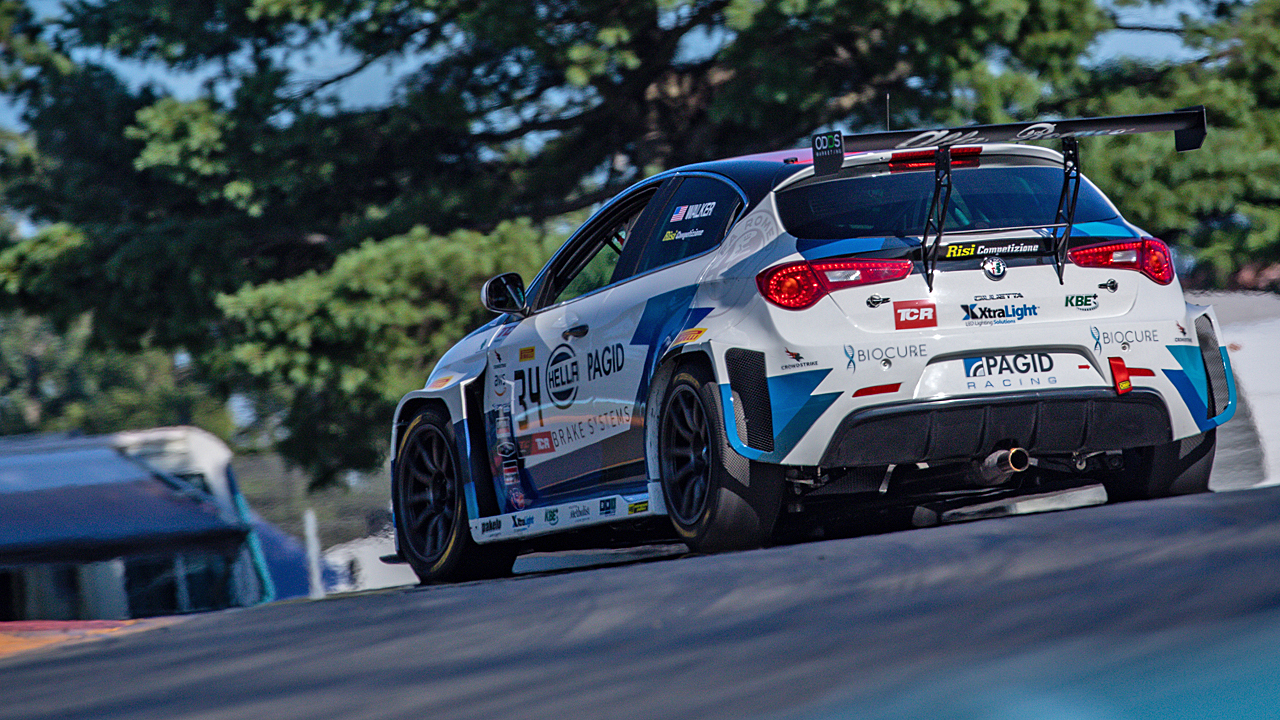 During our first practice session on Thursday morning we recorded a best of 1:59.98, and later that afternoon in the second practice session we improved to 1:58.79.  But we were just getting warmed up on old tires.

So, here we are on Friday (picture below is actually from Friday this time) coming out of Turn 1 and using all of the exit curbing.  During the morning practice session we recorded a best of 1:58.605 and later that afternoon we improved to 1:58.163.  Both were good for third place on the timesheet but within a tenth or so of the fastest times of the day. 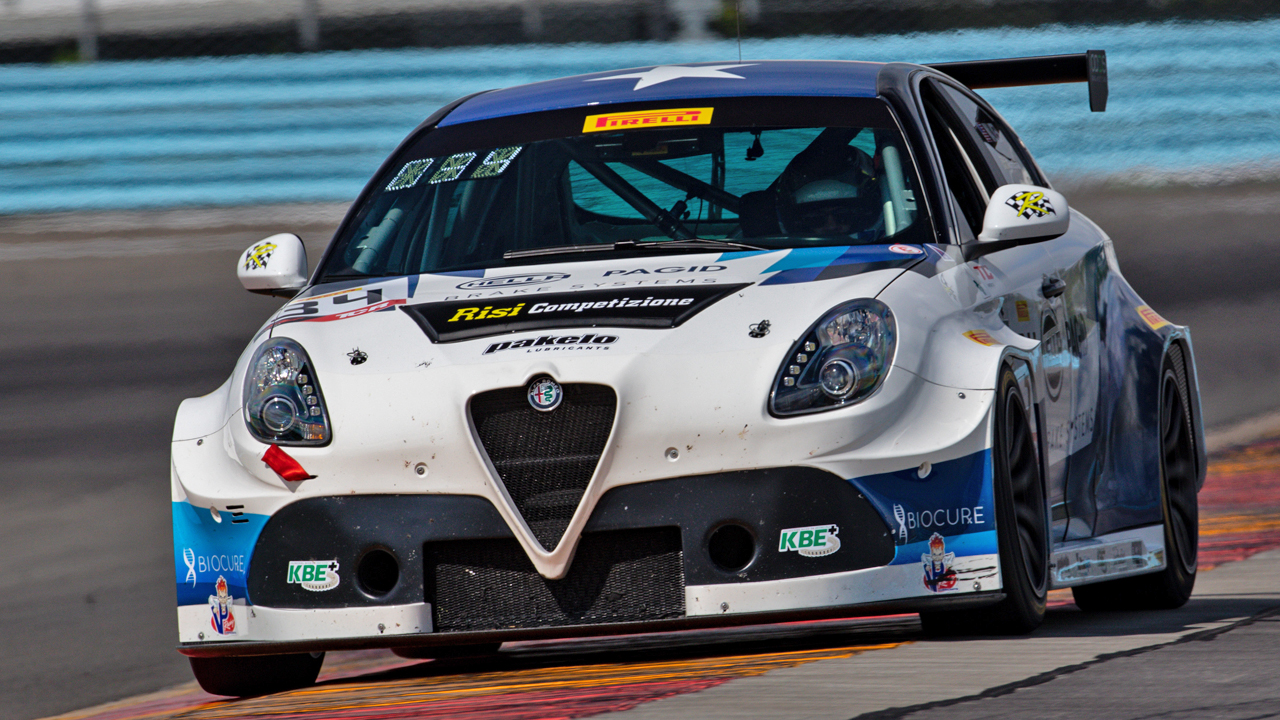 This whole “third place” thing is about to become a theme.

Here we are below coming onto the front straight on Friday.  But let’s call it Saturday.  Why?  Because a red flag on Lap 4 ended the qualifying session early.  No pictures.  Zack already gave you lowdown on that one. 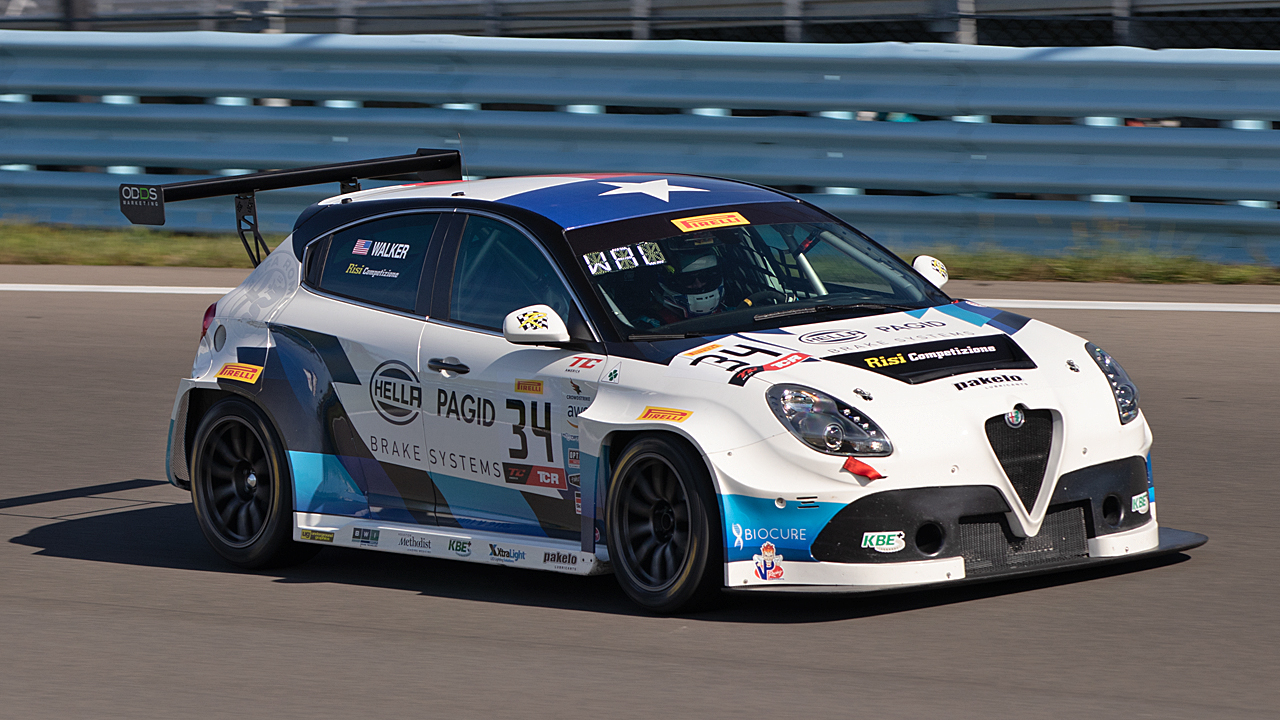 Thankfully we had a bit of early speed and turned in a 1:58.062 on Lap 3.  About 10 seconds later we were called back into the pits, but there was more speed in the car.  Unfortunately the session was never restarted, and when the grid was posted we found ourselves sitting in…third place.

Much to Zack’s delight, we had managed to squeak in front of both of the VWs on the starting grid.  But not by much.  Only about 0.14 second separated third, fourth, and fifth.  But in front is in front, and we were not going to start complaining. 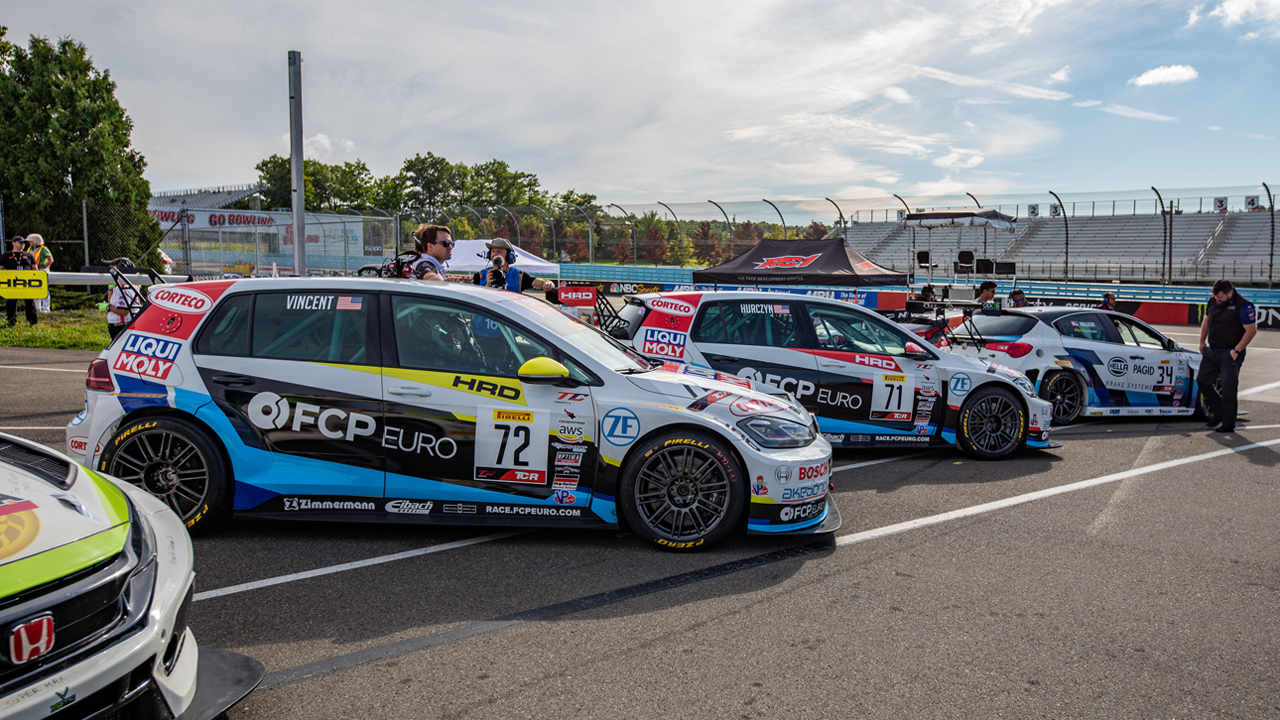 But now for the spoiler alert: The picture above was taken moments before both VWs would pass us on Lap 1.

Starting from third generally goes like this: the little Alfa gets a great run down the front straight, pulls alongside the car sitting in second place, and then gets squished to the inside.  This results in horrible exit speed and the little Alfa then gets passed by a host of cars on the outside of the turn that didn’t have to deal with the drama occurring down at the apex. 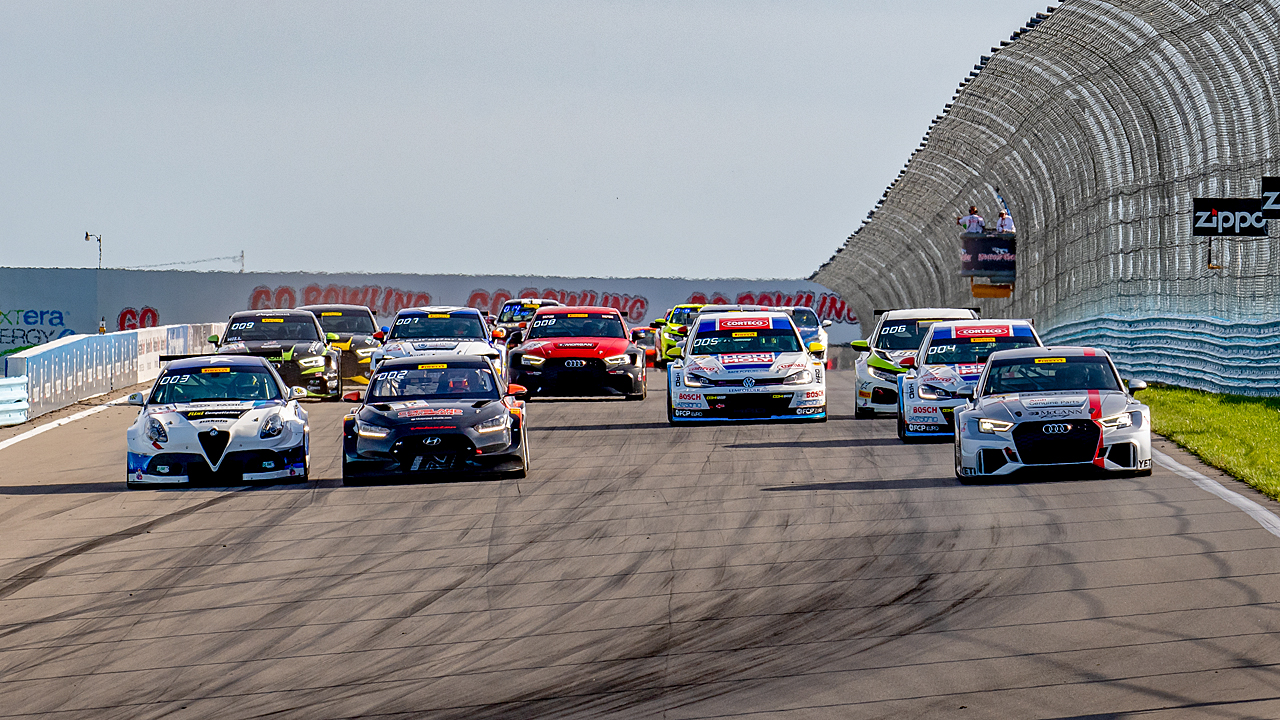 By Turn 6, the lost momentum from Turn 1 fiasco had resulted in a fall from third place to sixth place.  And that’s where we finished.  Of course, we had the obligatory 18 minutes of double-yellow caution laps while some TCA carnage was cleaned off of the track, but in the end a truly forgettable race by all accounts.  Our pace mid-race was decent, however, and our fastest race lap of 1:58.147 resulted in us starting Sunday morning’s race in, you guessed it, third place.

I hate it when I watch a movie and I already know the ending.  Barreling into Turn 1 on Sunday morning we again had position on most of our competitors, but then the Audi directly in front of us (I’m looking at you, McCann) decided to park it.  I slammed on the brakes to avoid contact, and this caused a chain reaction through the rest of the field that resulted in Victor Gonzales’ Civic spinning theatrically across the track.  We avoided contact, but as you can see in the picture below, this allowed first one, then two, then three of our competitors to go flying by us on the outside of Turn 1. 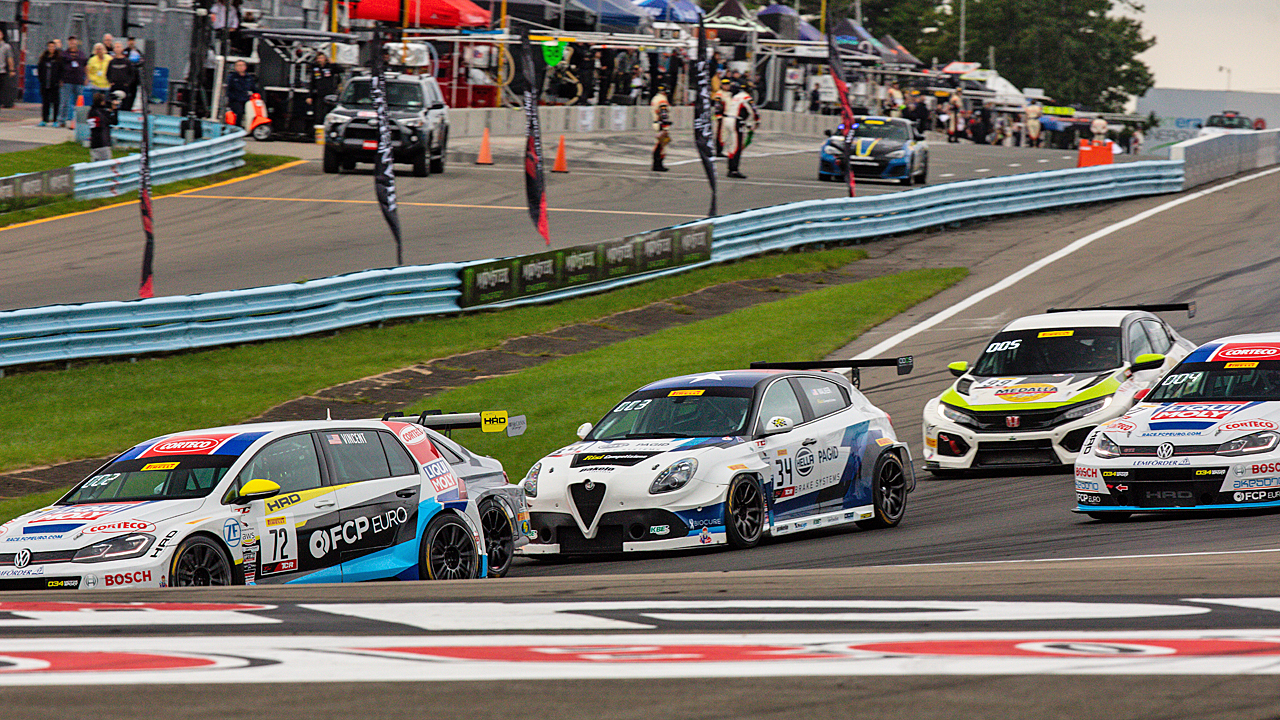 In contrast to Saturday’s race, we very quickly caught up to the lead pack and spent the next 30 minutes pestering Nate Vincent in his GTI.  I have a scuff on the rocker panel to prove that I was in front of him for about 100 feet during the early stages of the race, but I just couldn’t make it stick.  It was all good fun, but madly frustrating that while we had more speed, we had it in all the wrong places.

When the checkered flag was thrown, we crossed the finish line in fourth place.  The first four cars were separated by less than three seconds, and it was probably a pretty good race to watch.  It was all good fun, but madly frustrating that while we had more speed, we had it in all the wrong places.

Wait, didn’t I already say that?

Q: Where did this weekend’s performance put you in the championship hunt?

A: Right.  Third place.  Saw that one coming from a mile away, didn’t you?

Q: Zack said you had the fastest race lap on Sunday.  Isn’t that a silver lining?

A: No.  I need to translate that raw speed into finishing position.  Period.  There aren’t any points given for simply being fast, but they do give you a poster board and a little plaque to hold up in front of the cameras.  That was the most forced smile I have put on in quite a while. 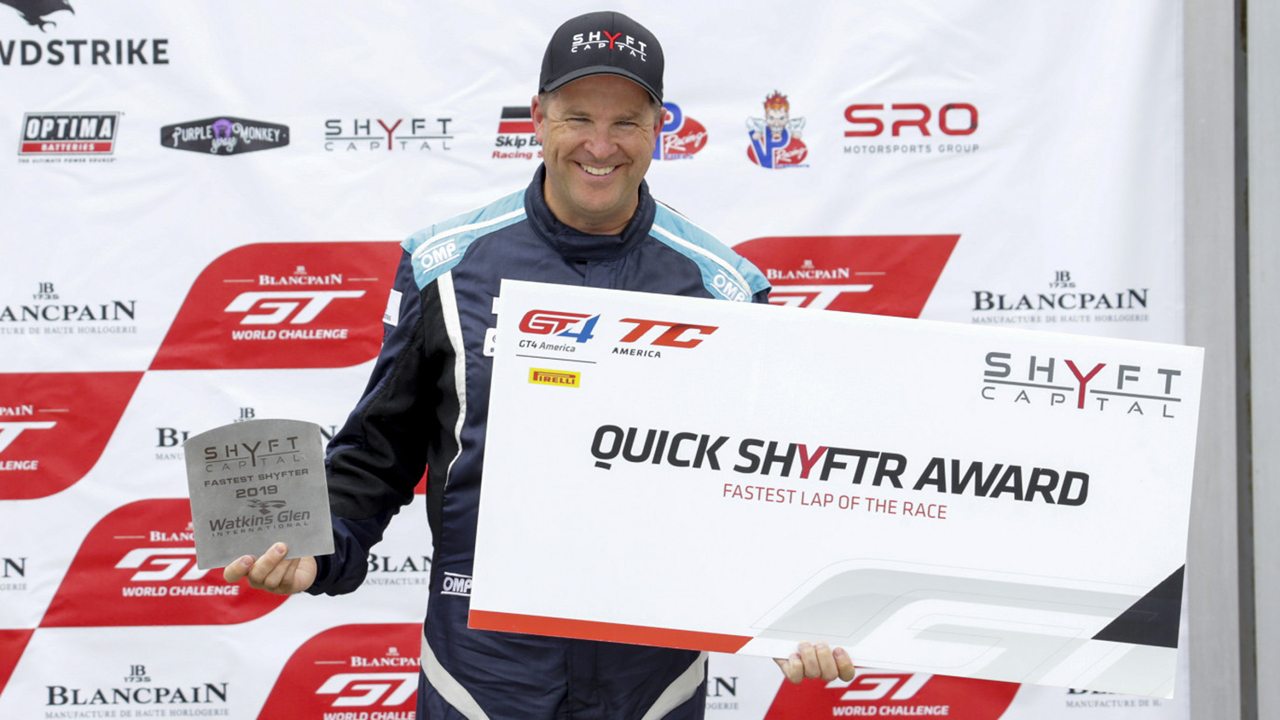 In all fairness to the Shyft Capital folks, I am thankful for their support of the series and their recognition of all the hard work put in by the team to make this car run as well as it does.  In the future when I am telling my grandkids about my incredible racing exploits these awards will certainly make the highlight reel.  But in the here and now, it’s a bittersweet situation.

You need to race hard to stand on the podium, and that now appears to be the next thing I need to wrap my arms around.  Driving fast simply isn’t enough.

Q: So what do you plan to do about that?

A: Race harder.  We need trophies to set on the desk next to our Quick Shyftr Awards.  The Risi crew continues to put a car under me capable of reaching the podium, and I need to do a better job of honoring that effort.

Q: Road America is next, right?

A: Correct.  We will be there in two weeks with a new resolve, a pair of new axles, and a few spare fenders.  You know, just in case I start to race harder… 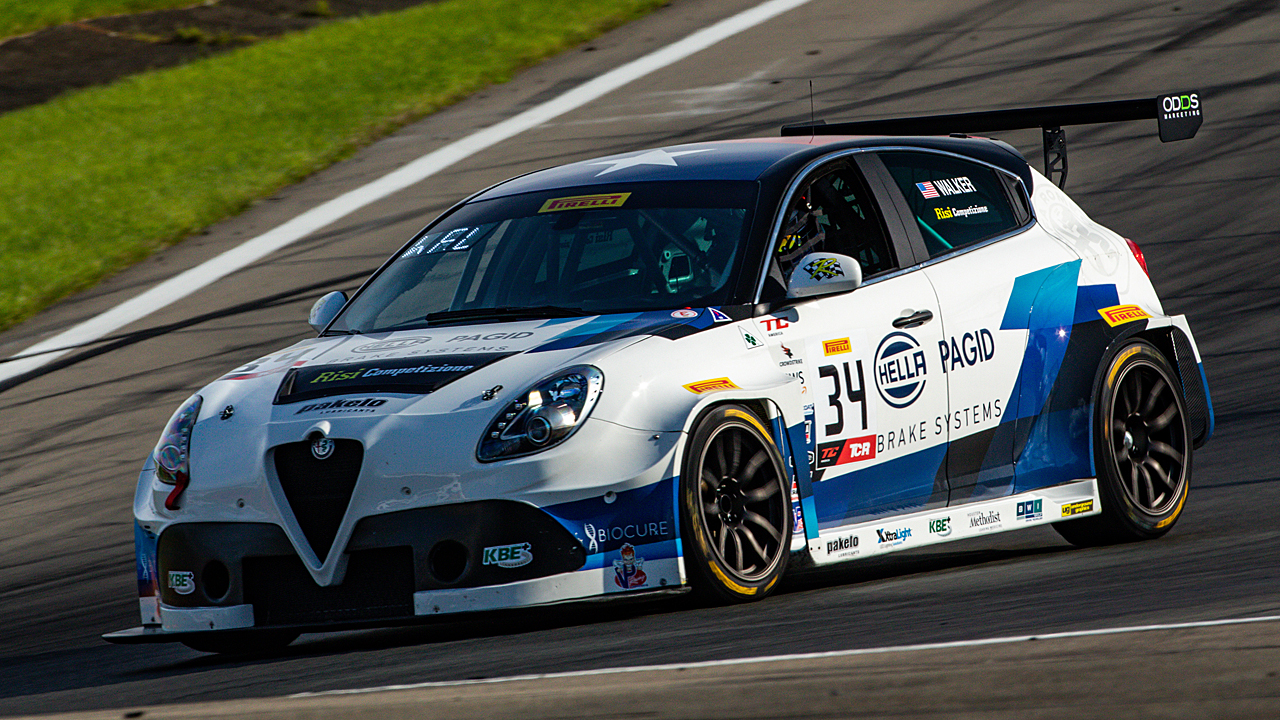 Q: Where can I find information so that I can watch it live?

A: If you click on this link, you will find the full timetable and viewing information.  Of course, if you want to join us at the track that would be even better!  Come on out and enjoy the show.  Our first win in Ferrari Challenge in 2017 came at Road America, and we are expecting similar good fortune in TCR.

It would be awesome to share it with you.  Tickets are available in advance by clicking on this link.