For a refreshing change of format, this installment of our 2018 Ferrari Challenge newsletter will be crafted in “Q&A” format.  Since I will be responsible for both the Q’s and the A’s, I’m not really sure how this is going to turn out, but here we go! 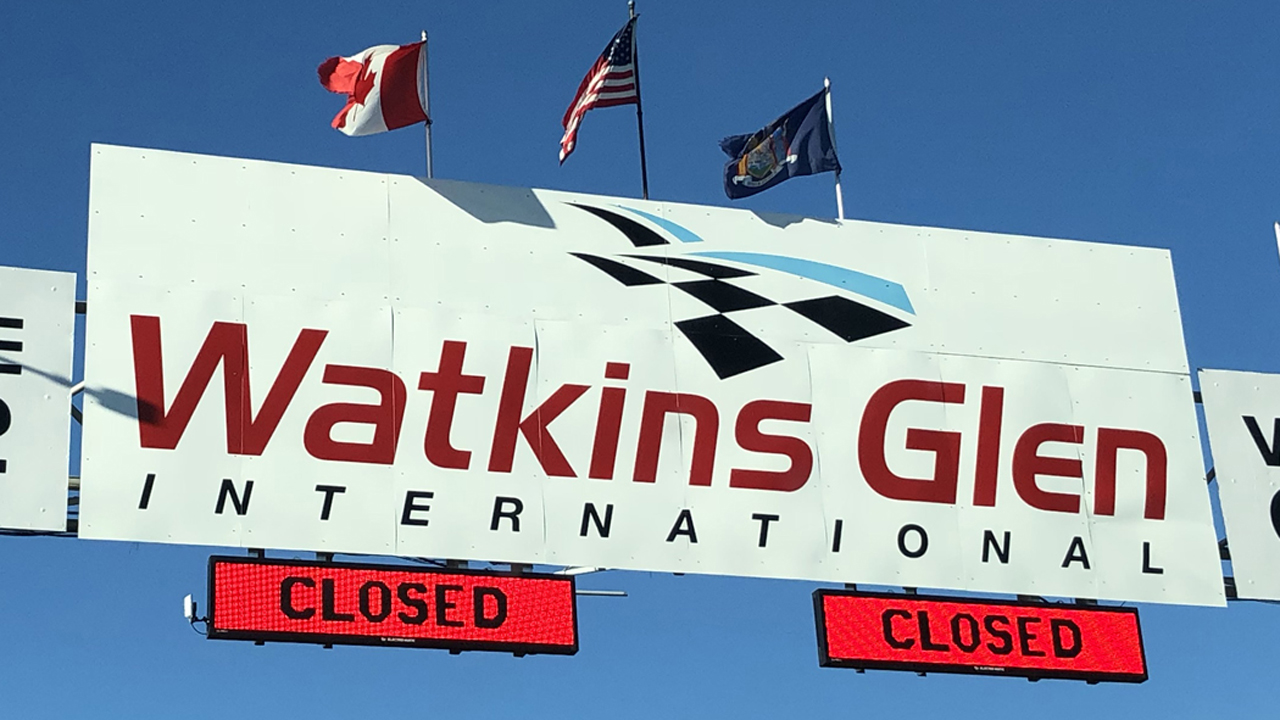 No, the track wasn’t actually closed.

Q: So what exactly happened at Laguna Seca?

A: Really?  You have to start with that?

A: If you must.  My therapist tells me this is good for me.

In a nutshell, two objects tried to occupy the same location in space.  At the same time.  Which you may deduce, even if you are not a physics major, is impossible.  The first object was the #234 458 Challenge car.  That’s us, in case you didn’t already put that together on your own.  You know the car – the one with the BRAND NEW FRONT FASCIA from our little incident at COTA. 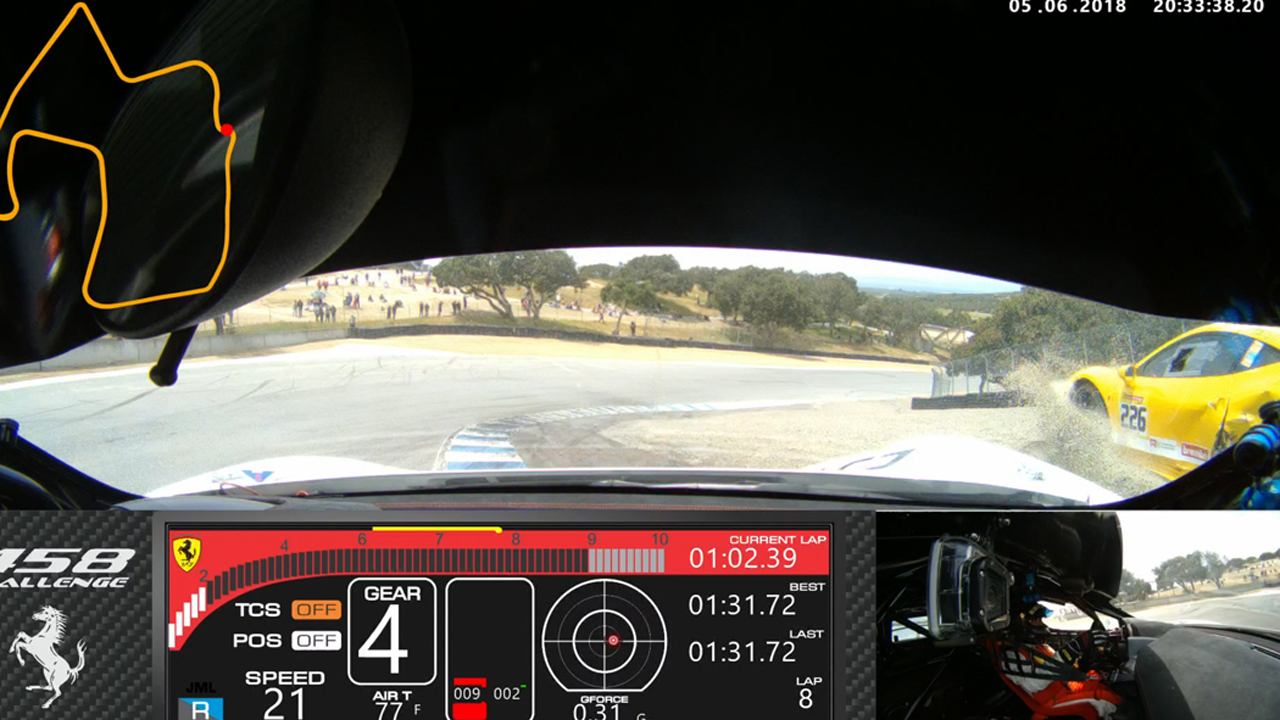 No, his fender and door did not look like that five seconds earlier.

Yes, it might have been my fault.  Definitely maybe.  But in the end, it wasn’t my opinion that mattered.  Upon review, the race officials furrowed their brows in a way that could only have been interpreted as “What the hell were you thinking?” as they handed us a five-starting-position penalty at the next race.  And the next thing I remember, I was writing a very, very brief newsletter in a Nissan rental car.

Q: So next up was Watkins Glen in upstate New York, right?

A: Absolutely.  Having grown up only an hour from The Glen, I still consider it my home track.  As long-long-time subscribers might remember, my first track day ever was in the summer of 1991 at…Watkins Glen (thanks again, Aksel).  In a Saturn SL2.  Stop chuckling.  Being born and raised in upstate New York, The Glen was my track hangout for years before moving off to Michigan in 1996.  Even after moving west we raced The Glen multiple times in SSC and ITA between 1997 and 2004, taking three class wins along the way.  So that’s something.  On the other hand, our ChumpCar theatrics there in 2013 included rolling the car over in Turn 1 (thanks again, Nic). So this awesome track has not always been kind to us but perhaps that has always been part of the allure.

A: Getting a little ahead of ourselves, aren’t we?  Patience. 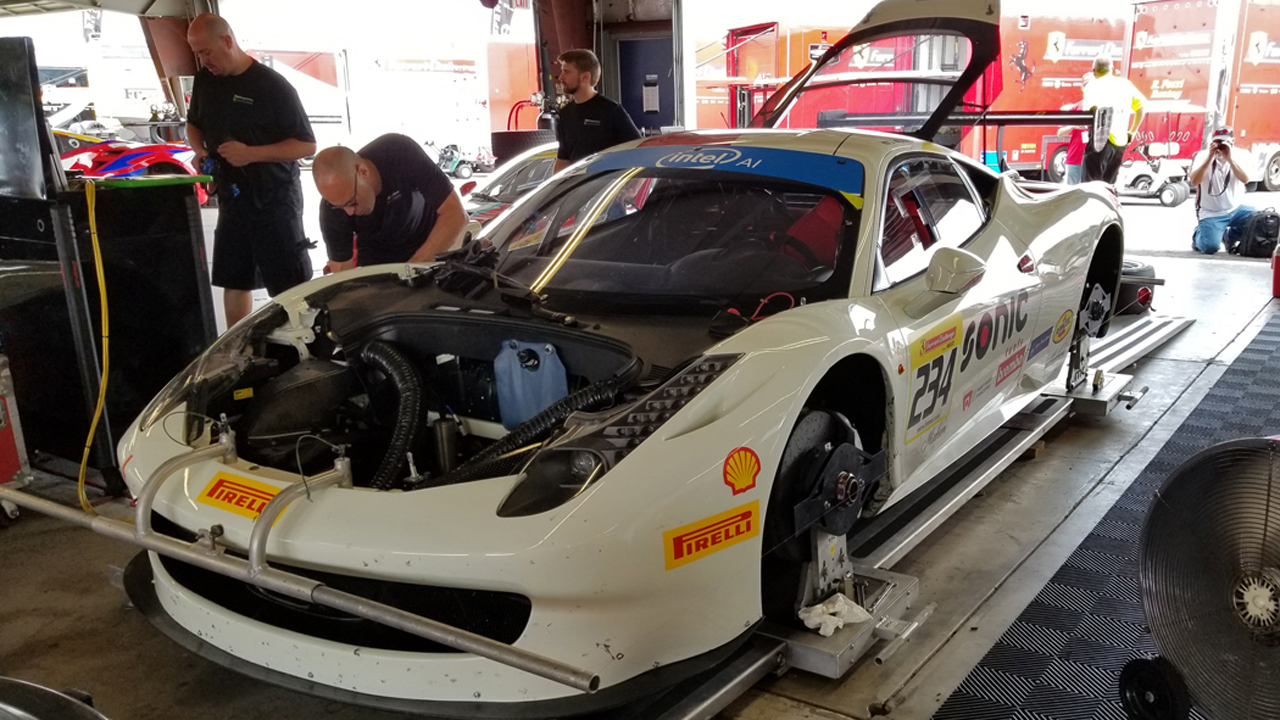 Q: Did you practice at all?

A: During practice on Thursday and Friday, the car ran like a clock.  The weather held out, the car didn’t miss a beat, and frankly my driving didn’t exactly suck.  Unfortunately we kept chasing the setup, and by the end of the day on Friday we had a car that was quick, if not fast.  And fast is what wins races.  But at the end of the five sessions the car was straight, the team was happy, and the beer in downtown Corning was flowing. 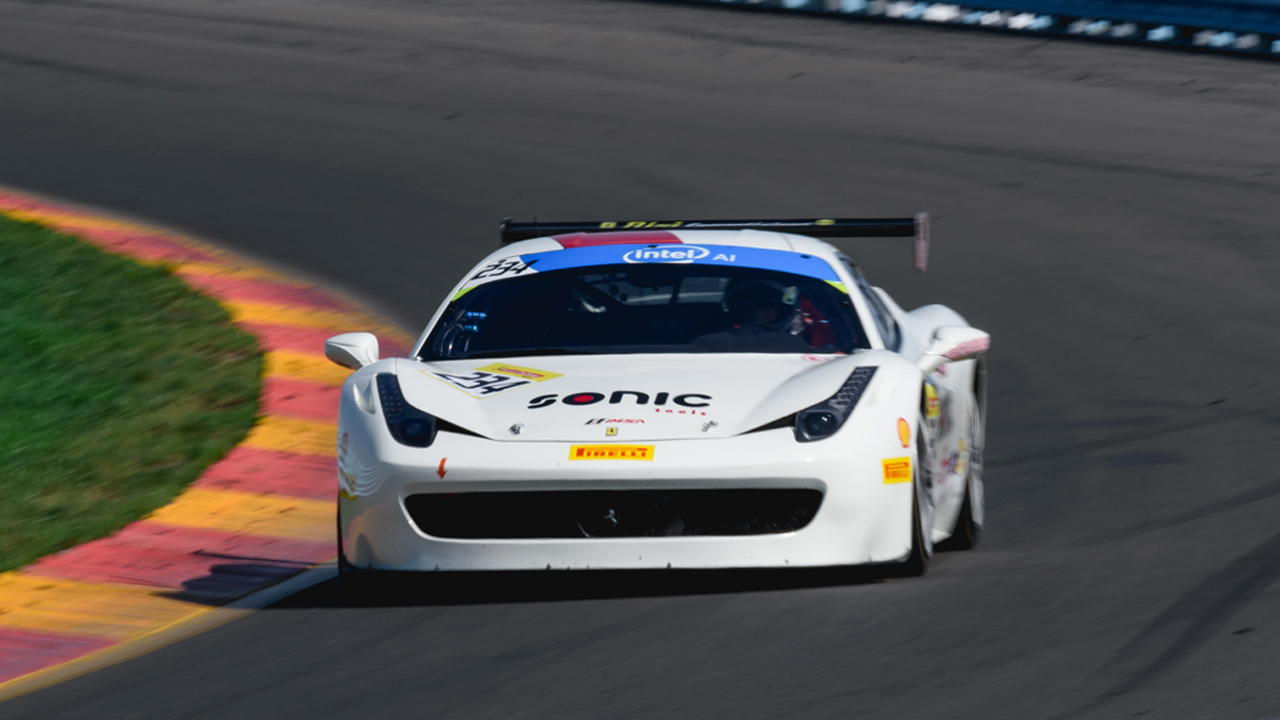 This is SO much better than Laguna Seca! Photo props to Ferrari North America.

Q: Did your mom come out to watch?

A: Absolutely, along with about 30 other folks.  We had friends, family, and fans from Washington, Florida, New York, and Texas at the event.  I’m not sure why y’all traveled all that distance, but I am sure flattered by your support.  Now go buy some Sonic Tools!  (Sorry, they make me say that.) 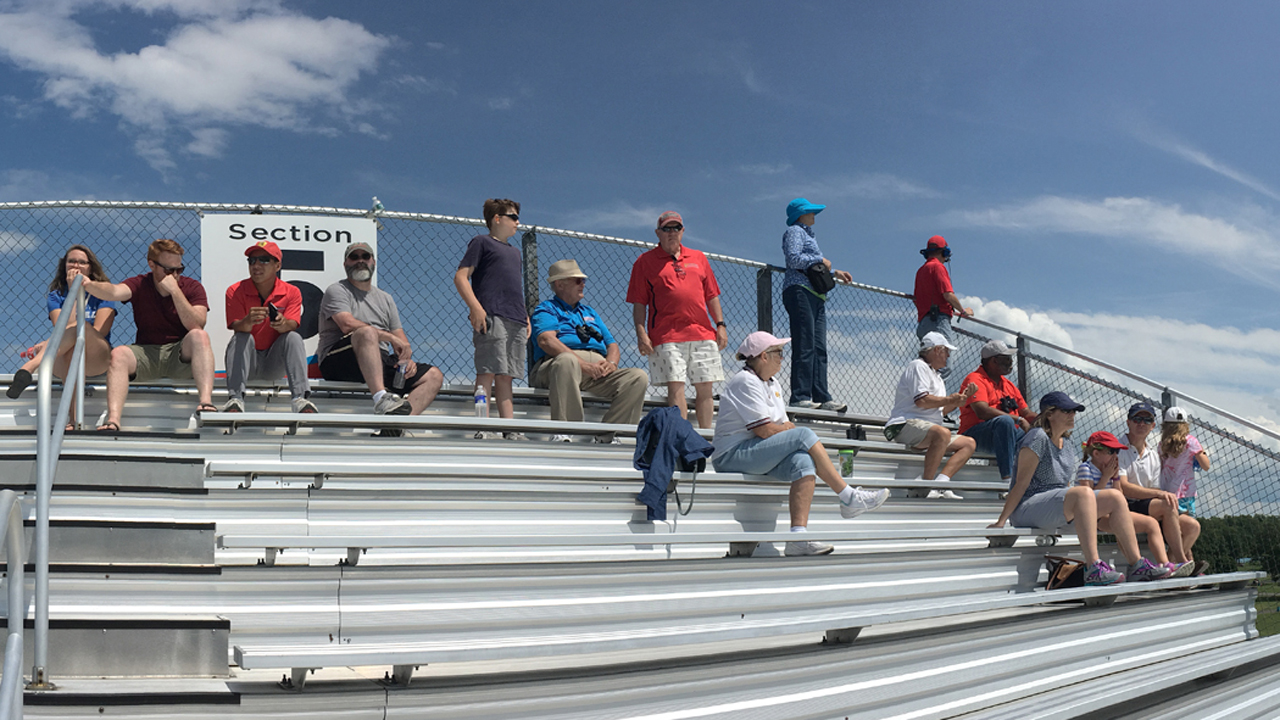 Standing room only (more or less) in the Turn 10 stands.  Just like NASCAR.

Q: So how did Saturday go?  Did you win?

In qualifying on Saturday morning we put down a best time of a 1:53.8, which to that point in the weekend was our personal best.  It was still 0.7 seconds off of the pole, however, so we were assigned to the 4th grid position.  But then there was that whole mess about the five-starting-position penalty from Laguna Seca that unfortunately nobody forgot about, so we actually got the privilege of starting the race on Saturday in 9th place.  We had a hole to dig ourselves out of but knew we could get it done. 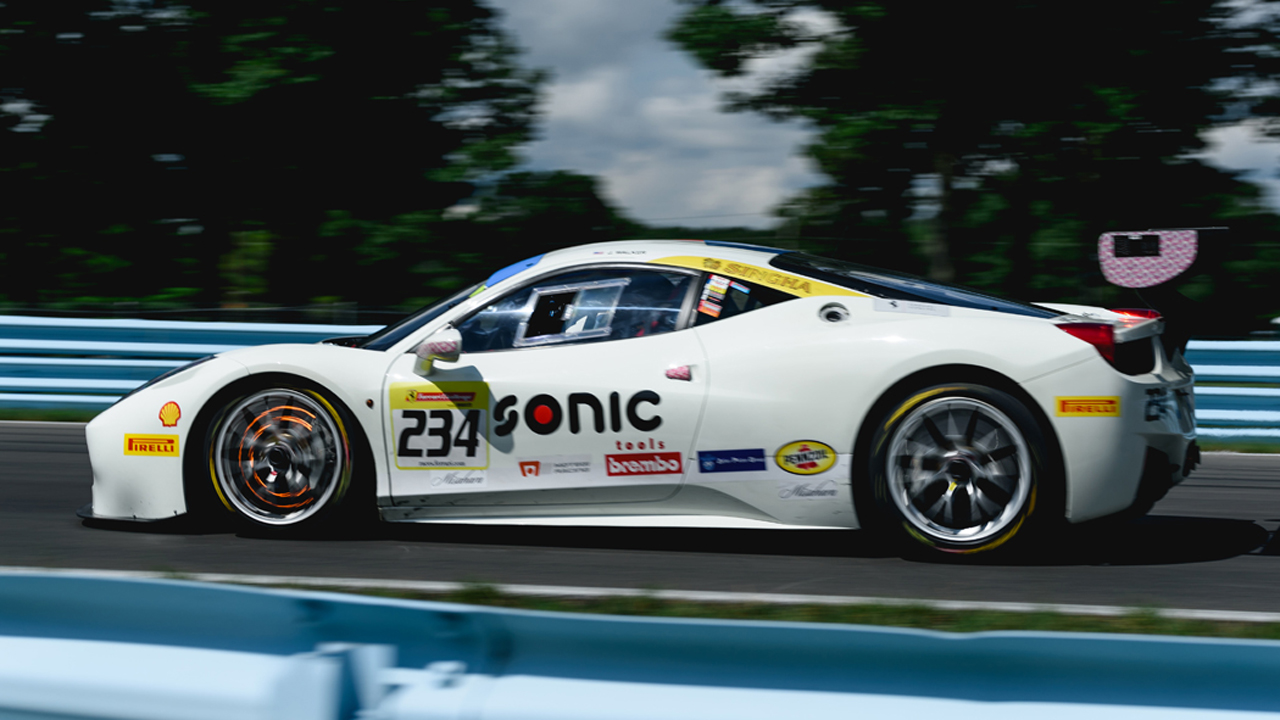 It took about 27 years, but finally an on-track picture with glowing front rotors.  Thanks, FNA!

Over the course of the first two laps, we improved our position from 9th to 7th, but the car in 6th was much more difficult to pass.  He eventually made a mistake coming out of the bus stop, and we drove by on the inside.  With only about six laps to go, the aim was to catch the cars in 5th and 4th before the checkered flag.

It took about three laps to catch them, and not by coincidence we set the fastest lap of the race (twice!) in the process.  With five minutes remaining, we were clearly out of contention for a podium position, but knew that 4th place was ours for the taking.  And that’s exactly what happened.

Q: So how did you get by those guys?

Q: So you won on Sunday, right? 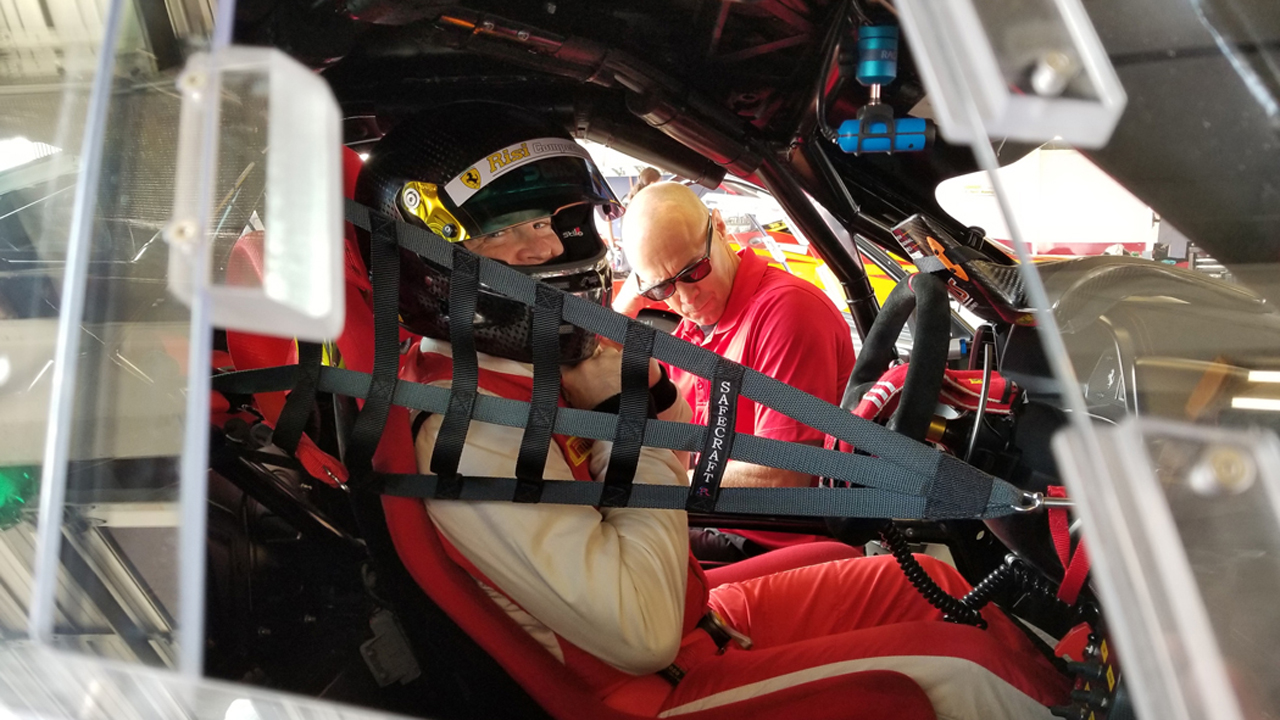 Qualifying on Sunday morning brought with it a new setup.  And a new wing angle.  And lower lap times.  Our 1:53.0 still wasn’t good enough for the pole position, but it was a new personal best and was only 0.05 seconds off of the car sitting 3rd on the grid.  Best of all, we didn’t have to deal with that five-starting-position penalty from Laguna Seca.

Q: There was car-to-car contact before the first turn?

A: Yep.  Suspecting that this was going to end in tears, I intentionally held back just a hair driving down into Turn 1.  Which turned out to be a great idea.  With cars bouncing off of the guardrail and spinning back in front of the charging field, it was complete mayhem climbing up through the fabled esses.  Based predominantly on luck (but seasoned with a dash of incredible driving skill) the #234 threaded the needle with two tires in the grass in Turn 3 to come through the mess unscathed.  But in the fracas, the leader had pulled out an incredible 18-SECOND LEAD on the first lap. 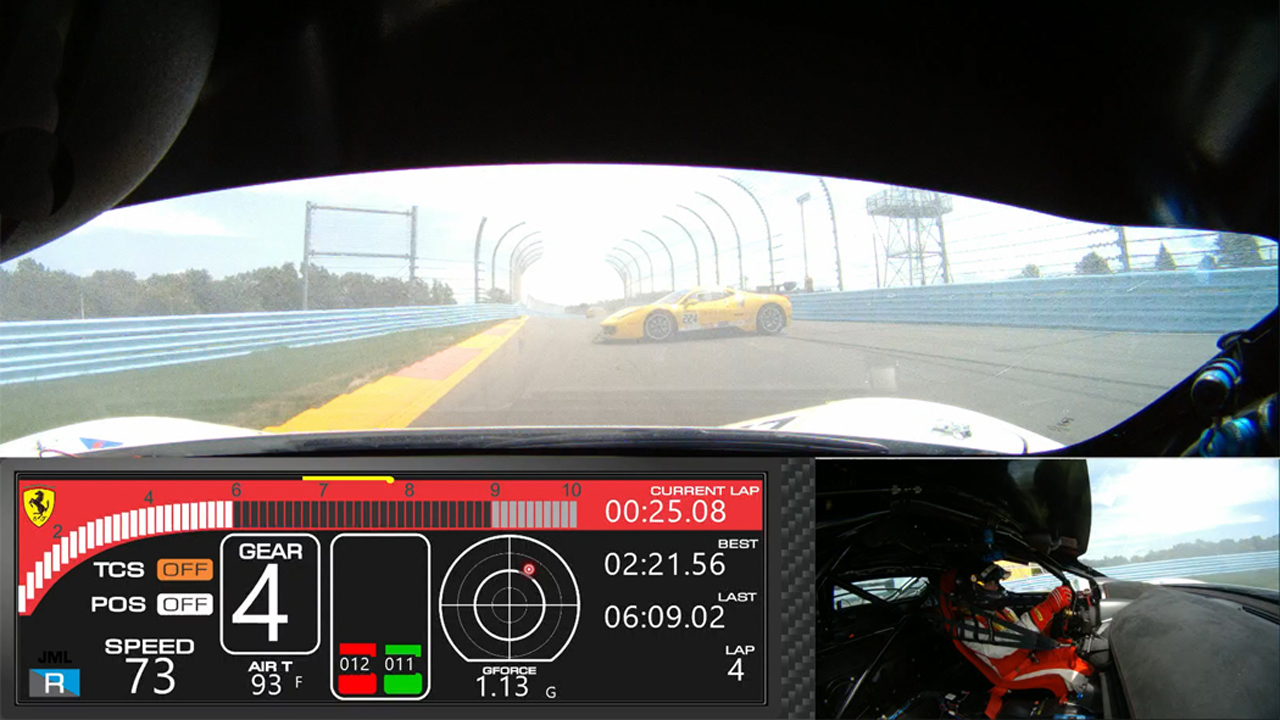 Over the next 10 laps there was really nothing newsletter-worthy.  The car in 1st place was out of sight and the car in 3rd place was far enough back to not be of concern.  Just for fun we turned the car loose and set the fastest lap of the race (twice!) as the time began to dwindle down.  But then the race leader began to fall off pace, and for a fleeting moment we thought we might have a chance to win.

A: No, I already told you that.  But over the final few laps of the race we cut the gap to the leader down until only a scant 1.1 seconds separated us at the checkered flag.  While his car was wounded from the first-lap fiasco, we headed to the podium celebration without a scratch in second place.  Which is more than we can say for the previous three weekends out in the car. 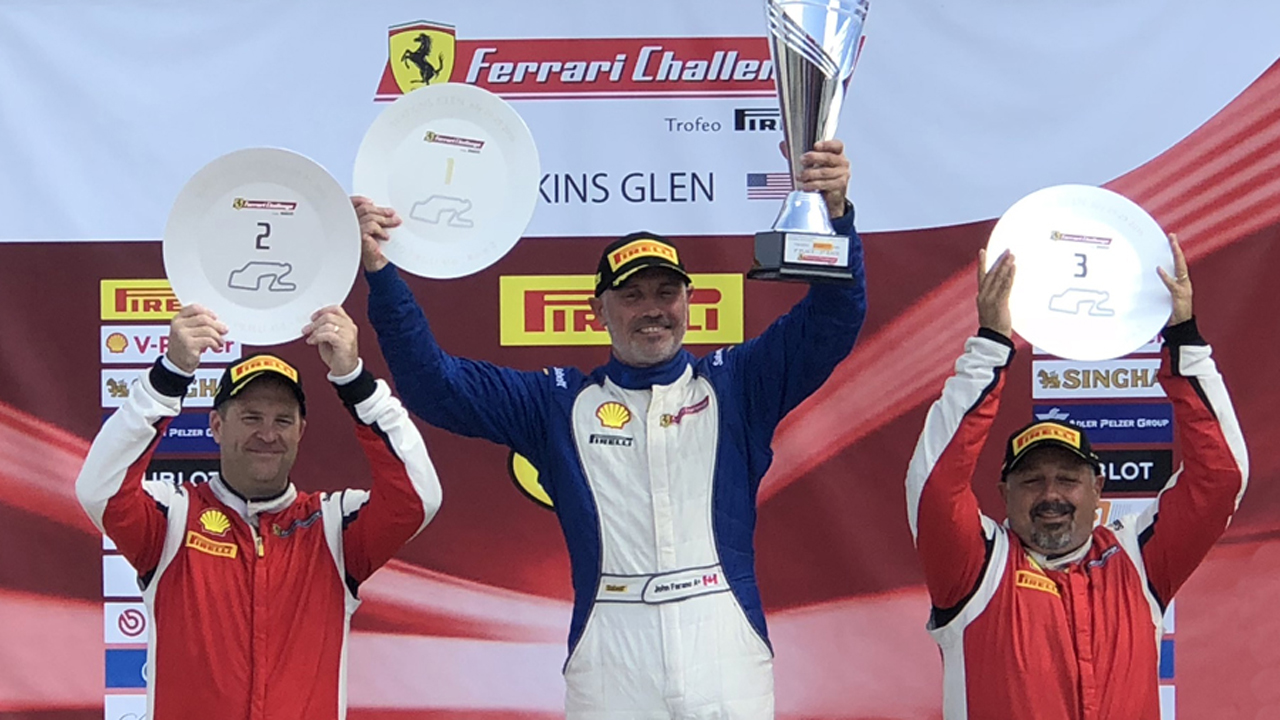 Debbie gets the award for the best podium photo.

Q: So this was a Hello-Kitty-duct-tape-free weekend?

A: Well, no, not exactly.  There’s always an opportunity for Hello Kitty.  Upon arriving at the track on Thursday, we realized that our freshly-painted door was naked and needed a Sonic Tools decal.  Problem was, we didn’t have a Sonic Tools decal.  But we did have a roll of HKDT and my brother Patrick had time on his hands.  Viola!  Two birds with one stone.  I’m sure that on some level this violates some Geneva-Convention-esque-legal-marketing-something-or-other, but until we get a cease and desist order, it’s staying on the car. 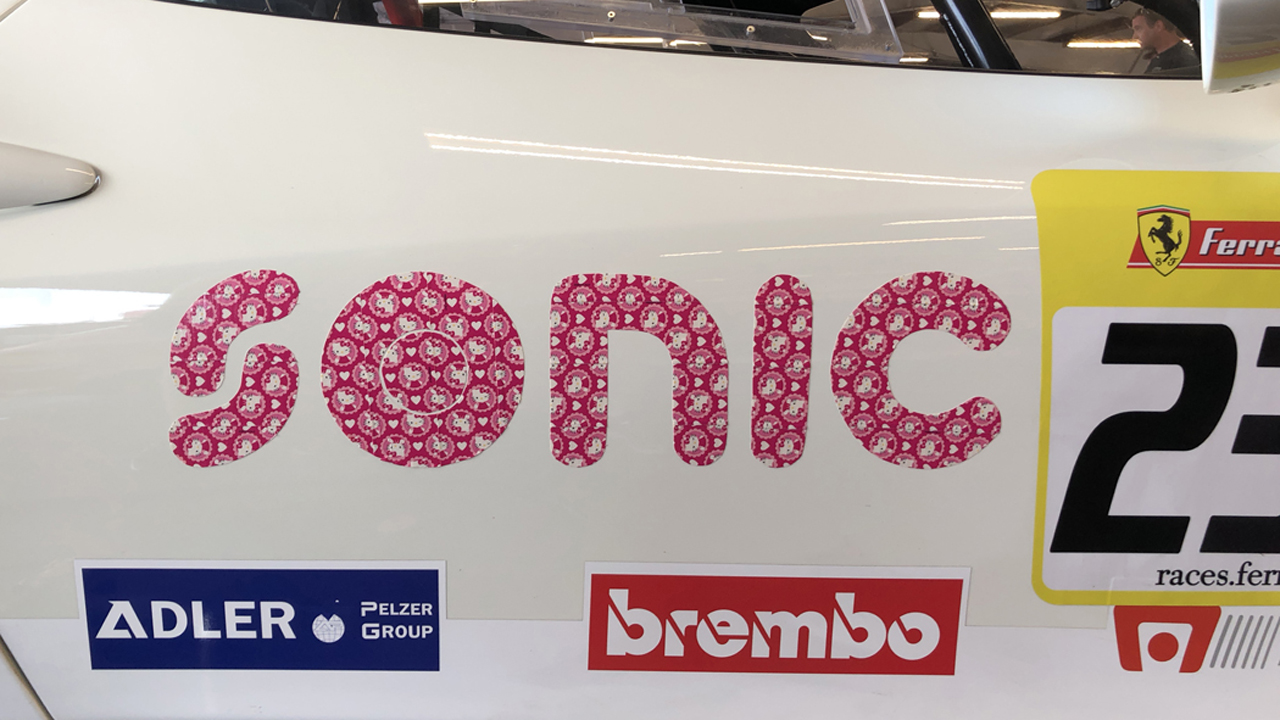 Q: Where does this put you in the championship points?

A: The first-lap melee ended up taking out the two drivers in first and second place overall in the championship points.  So while we never wish misfortune on anyone, that was definitely to our advantage.  Entering the final round at Road Atlanta in September, we have moved UP in the standings from third to second, just 18 points behind the overall leader.  While we need a *little* bit of luck to win the whole enchilada, it’s certainly within the realm of possibility.  And for this reason, I can guarantee that we’re going to be closing out the season with some fire in our belly.  It sure would be thrilling to bring home the 2018 458 Championship to the Risi team.