The Sequel Is Never As Good As The Original

Remember how well our season started at the Circuit of the Americas back in March?  Well, our follow-up performance this past weekend at Laguna Seca was about the polar opposite.  Not for a lack of effort, not for a lack of teamwork, not for a lack of speed, not for a lack of hardware, and not for a lack of Nutter Butters, but in spite of coming into the event leading the North American 458 Ferrari Challenge, we simply had a bad weekend.  In fact, it was so bad that I am actually here sitting in my rental car, laptop ablaze, in my hotel parking lot because I need to write this newsletter NOW and subsequently wipe this weekend from my memory (and probably using beer as an accelerant). 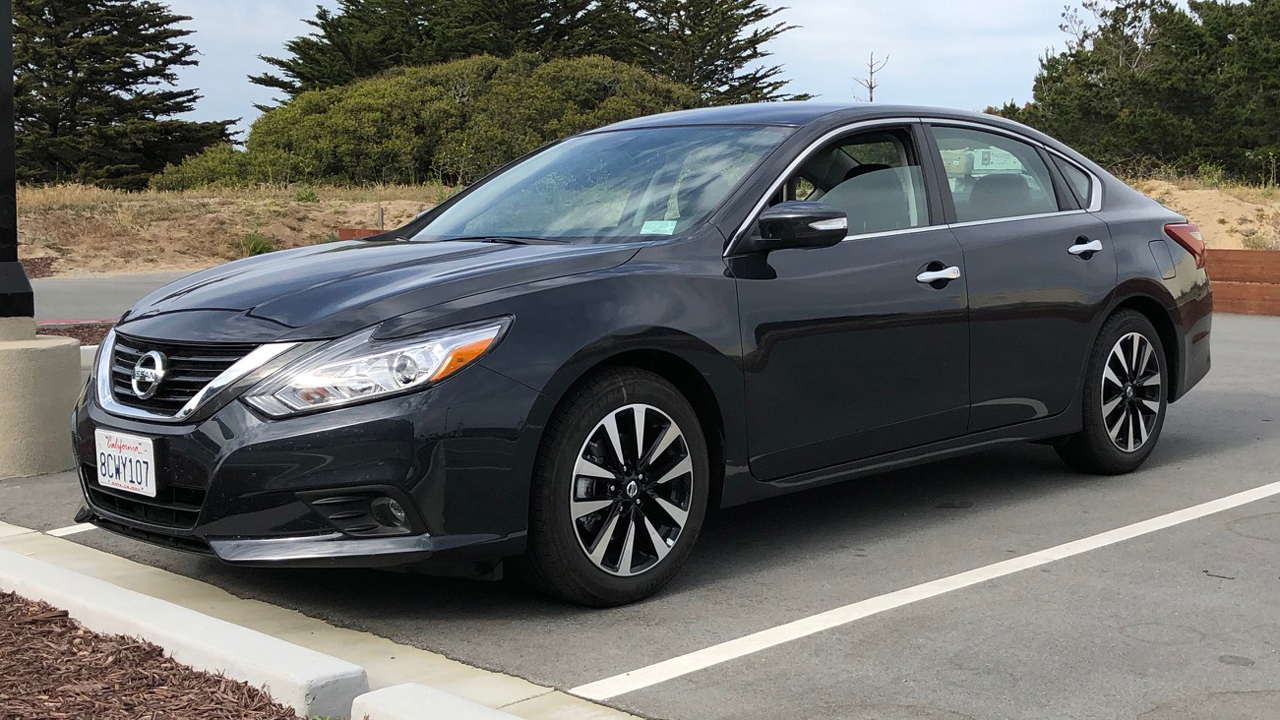 This newsletter brought to you courtesy of Hertz and Nissan.

For this reason, there will be no more pictures.  And no links.  And no good news.  Sorry about that.  But it’s in our collective best interest that it goes down this way.  The paragraphs that follow may not read as a continuous storyline, but will certainly give you a flavor of what has transpired in the past 96 hours.

Upon arriving at the track on Thursday morning, I flashed my ID badge at the checkpoint guy, and he motioned me through without stopping.  When I got to the parking lot, more of the same – I flashed my ID badge and was waved through the lot from attendant to attendant without pause.  Repeat for Friday morning.  So, when I got the track on Saturday morning and did the same thing it felt completely normal.  I flashed my ID badge, the checkpoint guy waved me through without stopping, and all was good…until I was hunted down by track security and read the riot act for failing to stop at the checkpoint…after having been waved through.  This lasted several minutes and included a dressing down in the team trailer as well as a separate visit by the Ferrari Challenge Chief Instructor who was also informed of the situation.  I will not be surprised if my parents get a letter in the mail this week as well.

Testing on Thursday and Friday went remarkably to plan.   The members of the Risi crew were completely on their game.  We drove, made setup changes, drove some more, and generally ran like a well-oiled machine.  During the final practice session on Friday afternoon, we turned in the fastest 458 Challenge lap time of the entire two-day test – a 1:30.1.  It was reassuring to know that we had the speed, but nobody celebrates winning the test day.

And then the race.  At the start I was forced hard to the left (and just about into the concrete barrier) by #246 who changed lanes before the green flag stand.  Which is not what you’re supposed to do, but nobody seemed to care.  This resulted in the car traveling through about 500 feet of track crud which completely wasted the tires.  Although they cleaned up about 8 laps into the 20-lap race, the damage was done and it was something in and of itself to salvage a fourth-place finish.  But nobody celebrates a fourth-place finish.

Are you picking up on the theme here?

Sunday morning qualifying saw us turn in a 1:29.5.  It wasn’t a very good lap, and only put us fourth on the grid.  Like Saturday morning, the first two rows of the grid were extremely tight – we were separated by only 0.630 second.  But nobody celebrates starting on the second row (is there an echo in here?).

And then the race.  At the start, #246 (in second place) jumped #203 (on the pole).  Which you’re not supposed to do, but nobody seemed to care (is there another echo in here?).  I was driving right behind #246 with a great start of my own, but didn’t want to get penalized for passing the leader before the starting line.  So, I followed the rules, lifted a little bit, and subsequently got passed on the inside by three cars in a row going into Turn 2.

And then a “racing incident” occurred.  Which is how a racecar driver attempts to shift some of the blame for a crash onto somebody, or anybody, or anything else.  After being held up for four laps behind one of the slower cars that managed to pass me at the start, we (I) got into each other (him) at the top of the Corkscrew.  Although both cars will live to race another day, the damage was just severe enough that we both pulled into the garage and called it a day.

In case you’re wondering, nobody celebrates this sort of thing either.  But on a positive note, at least my driving suit isn’t going to smell like stale champagne when I get home.

So Let’s Move On, Shall We?

Although the updated 458 Challenge Championship points tally has not yet been posted, we’re most likely going to be sitting in third place heading into Round 3 at Watkins Glen in July.  So let’s put this behind us and get ready for a little home track advantage.  We have some ground to make up.