Welcome to the inaugural scR motorsports newsletter for 2002!  While the snow is still on the ground in Michigan, we have been planning our season since the checkered flag flew at the ARRC last November.  As you will read below, there are many, many changes in store for the team in the upcoming months…hope you are ready for the ride!

Our readers from last season already are aware of the close working and racing relationship between team scR and Mark Rushbrook of the R^3 motorsports team, but for 2002 we are combining all operations under one roof.  With the chassis engineering know-how from the R^3 team bolstering the powertrain, body, and brake system engineering at team scR, we figure that we have nowhere to go but farther out in front.  Already the R^3 design team has prototyped a new Koni double-adjustable damper setup (on-track later this season), and more ideas are on the horizon.  Since the team has always relied on the Saturn’s chassis to be its #1 competitive advantage, more horsepower for the turns should continue to reduce our lap times.

While this news is exciting in and of itself, we are also pleased to announce the addition of a third car to the scR motorsports racing agenda for 2002.  Everything old is new again – our white SSC car from 1998 will be converted to ITA specs and campaigned by SPS (our main sponsor) under the Six Cats Racing banner.  John Comeskey (owner, founder, and CEO) will be preparing the car in an attempt to earn his first SCCA license this spring, with aspirations of racing three-wide with the rest of the scR motorsports team later in the season.  This 1-2-3 assault on the CENDIV ITA fields should not only strike fear into the hearts of Honda owners everywhere (ok, maybe that’s a stretch), but should also allow the guys at SPS to accelerate their racing parts development program.  With three testbeds now at their disposal, who knows what will come from their workshops next! 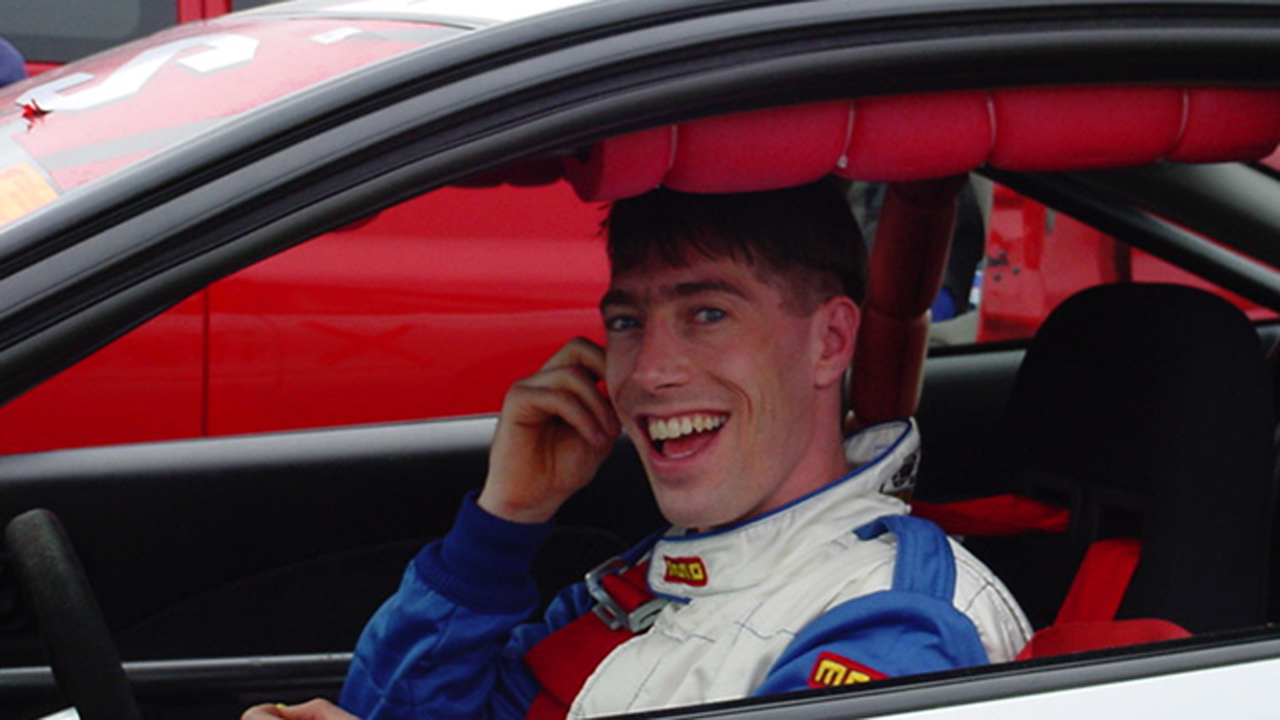 Coming shortly, our team website will be completely revamped to include information about our extended team members, their crew profiles, details on each car’s design and setup, as well as dedicated photo, video, and newsletter galleries.  This is going to be fun!

In a completely unplanned move, both the team scR and R^3 motorsports families will be each expanding to include an additional crew member later this spring/summer.  As you will notice from the preliminary schedule below, the R^3 team will not be on track until late July and team scR will be on hiatus during (at least) the months of June, July, and August.  Even though Mark and Cindy (R^3) have a two-month head start, James and Dana (team scR) are trying desperately to catch up…but most likely will be beat to the finish line.  This is one race that will go to R^3!

Because of these major changes in crew structure, both team schedules are tentative at best.  With any luck (and money left over) however, all should be back on track later this fall.  What’s the minimum age for an SCCA junior membership?

With the disclaimers above already stated, we may now present the combined team scR/R^3 motorsports/Six Cats Racing 2002 schedule:

That’s all for now.  Stay tuned as the season continues to press forward – we’ll be on track before you know it!