Mid-Ohio, Round 2 and such

Contrary to popular belief, the team here at scR motorsports has not fallen off the face of the earth.  Quite the contrary, we have had non-stop action since our last newsletter, but simply no time to sit and write it all down.  That said, here’s what the team has been up to, in ‘Reader’s Digest’ condensed fashion…

July 28th and 29th found the team once again back at the Mid-Ohio Sports Car Course in Lexington, Ohio.  Have we mentioned that we love this track before?  If not, shame on us because we this track always treats us well as this weekend would prove to confirm.

For qualifying on Saturday morning, we elected to run our new whiz-bang front air dam and experimented with new shock settings.  As it would turn out, we went way too far and created a monster.  While the car felt great in the slower corners, it was twitchy and light in all the wrong places.  An off-course excursion at the end of the back straight put a damper on our session early on, but qualifying 6th in a field of 35 cars (all in class) wasn’t the end of the world. 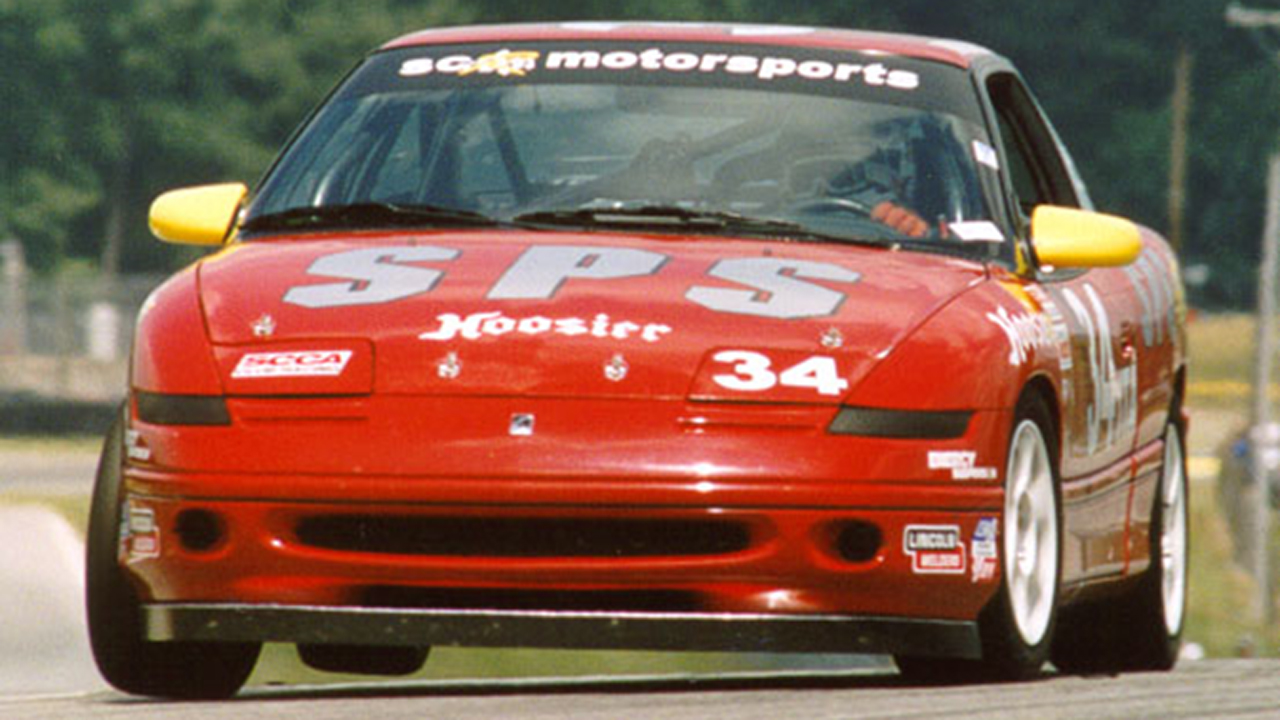 Fortunately, we had not qualified any farther back.  At the drop of the green flag that afternoon carnage erupted only two rows back from our 3rd row starting position.  With cars spinning across the track and into the retaining walls, the double yellows quickly came out and forced the pack back into single file for the restart three laps later.  While no drivers were hurt (beyond the pain felt in their wallets), a few cars went home in boxes.

The subsequent restart and race proved to be uneventful as we continued to battle a loose-handling SC2.  We managed to keep it straight and consistent, netting a 5th place finishing position, but knew there was so much more in store.

What would a race weekend be without rain?

Sunday, naturally, the rain clouds moved in and doused the track.  However, we had our Hoosier Dirt Stocker rain tires in hand and were ready for whatever Mother Nature threw at us.  After all, the rain is supposed to be the great equalizer, right?

As it would turn out, the little SC2 jumped at the opportunity and began to tear up the track.  Lap after lap we picked our way through the field, throwing water with reckless abandon (ok, that sounded too glamorous, but it WAS fun).  By the end of the session we were hot, wet, and second on the grid for that afternoon’s race – a nice improvement over Saturday’s performance.

By the time the race started that afternoon, the rain clouds had packed up and left town, leaving nothing but sun and clear skies behind.  After an awesome start we managed to lead the entire field (1st in class, 1st overall) for the first few turns.  Our time in front was short lived, however, as the faster Hondas crept up and raced us for position.

Like Saturday, carnage on the track added a variable beyond our control (why is that bumper at the track out point?), shortening the race to only 8 laps.  Through it all we came home 3rd in class and 3rd overall – another podium finish for team scR!  Most importantly, we were one of the only cars that weekend to go home without a single scratch or ding.  Happy car, happy crew, happy driver.

And in other team news…

For those of you who have not heard, the scR stable has been joined by a shiny blue Subaru WRX…wagon.  While not to be used as a dedicated race car, we have already started the ‘track-worthiness’ preparations in hope that this will become our next lapping/instructing mobile.

Most recently, we have been working with our newest sponsor, STOPTECH, on a big brake conversion for the WRX sedan and wagon.  Although not available for sale quite yet, several iterations of development hardware have been evaluated on the car at our secret New Hudson, Michigan, testing facility (yes, Grand River Avenue).  The 328mm floating front rotors and 4-piston fixed aluminum calipers somehow manage to shave 3 pounds off the unsprung mass while actually increasing thermal capacity.  Of course, in addition to the functional benefits, they look absolutely fantastic behind the wheel.  Stay tuned as we get closer to production release! 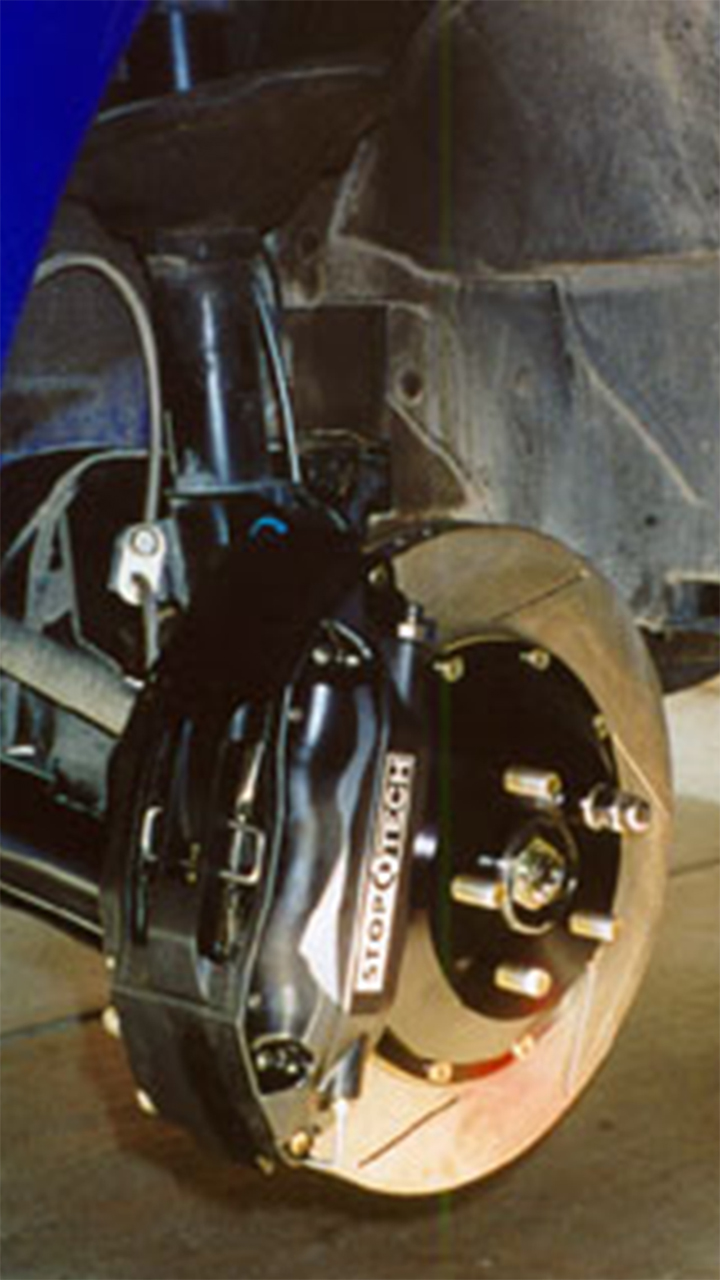 Getting back to our roots

This past week was brought to an end with the WRX’s maiden race track excursion at Watkins Glen.  We were fortunate enough to be asked to instruct at a Shelby Mustang Club driver’s school and jumped at the opportunity.  There’s nothing like free track time!

Between our two days at the track we logged nearly 600 miles on the course, quickly finding the WRX’s strong (read here: sweet motor), and weak (read here: factory front brakes), points.  When is that STOPTECH kit going to be ready? 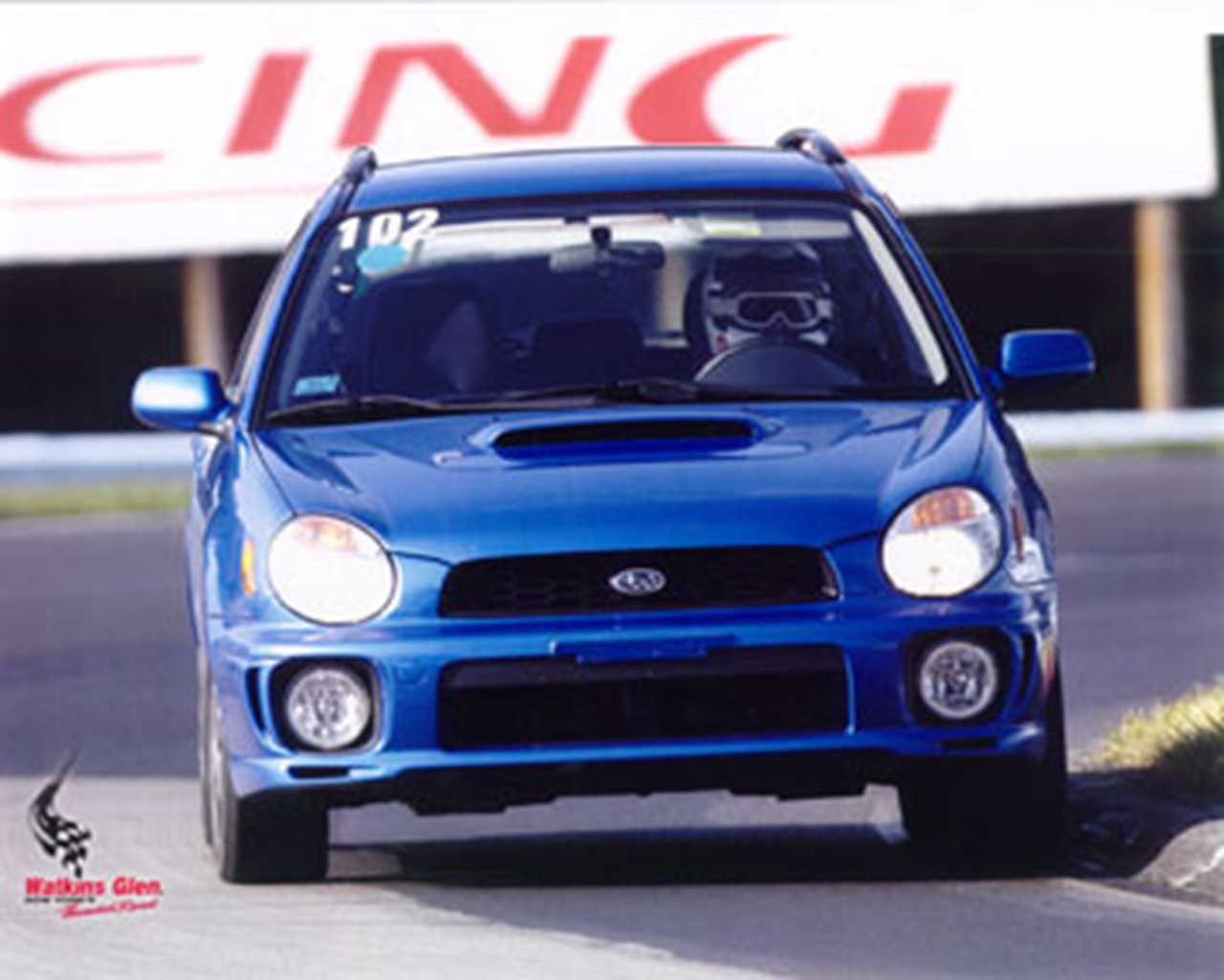 Our two students showed up in a nicely prepared “American Sedan-esque” Mustang and a pristine 1987 Porsche 911 turbo (yes, the so-fast-it-takes-your-breath-away one) showing only 13,000 miles on the clock.  While the cars could not have been much more different, both drivers displayed incredible self-restraint and composure.  In other words, neither had an “oh-sh!t” moment behind the wheel, making the instructor very, very happy.

By the end of the event, the Subaru’s front tires were nicely broken in, but the rest of the car was more than happy to make the 450 mile drive home without complaint or incident.  Looking ahead, this car is going to be a whole lot of fun.  Let’s just hope that the Saturn doesn’t get too jealous.

With the Grattan double regional right around the corner, we’re back at it again putting the finishing touches on the race car, looking to continue our season-long top-5 finishing position streak.  Somewhere in-between we’ll be sure to finish up the STOPTECH brake package, and in our spare time maybe we’ll even update the website (actually we already have – new videos, new photos – check it out!).

Until then, see you at the track!