September 12, 1999.  9:00 PM.  A Sunday evening like every other, exactly one week ago today.  Beer in hand, I sat down at this same keyboard and began to generate the story of the unfortunate events which transpired at Road America in the scR ITA debut when the phone rang.  Moments later, Dana appeared in the doorway holding the phone out, her face white.

My father is a man of very few words.  I don’t really recall what exact words he used, but I will never forget what he had to say that night.

“Your cousin Paul was killed tonight in a motorcycle accident.”

By 9:30 I was on the road, and arrived in Rochester, New York 6 hours later.  My family, still awake, met me at the door.  The next 7 days were spent making the plans that nobody plans for, agonizing over the loss of one so close.  Today, seven days later, I still cannot accept the fact that he is gone.  It simply is beyond my comprehension.

Let me share a little bit about my cousin with you.  Paul was 31, the caring husband of Gina and the proud father of two beautiful children, Sarah, 3, and Ryan, 8 months.  (Little known fact, but Sarah will someday be the first female F1 champion, but I digress.)  We could spend pages describing how he loved and lived for his family, but in the context of this newsletter, let me tell you about Paul’s love of things fast – and things Saturn.

In early 1992(ish), Paul hired on as a sales consultant at Saturn of Rochester.  Shortly thereafter, Paul sold me my very first Saturn – a 1993 blue/black SL2 manual.  During the delivery, Paul asked if I wanted to test drive the car…with him as my passenger to make sure everything was ‘OK’.  We headed to a deserted office park (the unofficial retailer ‘test track’) and proceeded to blast up and down the park more quickly than was probably cool.  After coming to rest Paul’s only comment was “Damn – I’ve never been through there that fast.  Let’s do it again!” 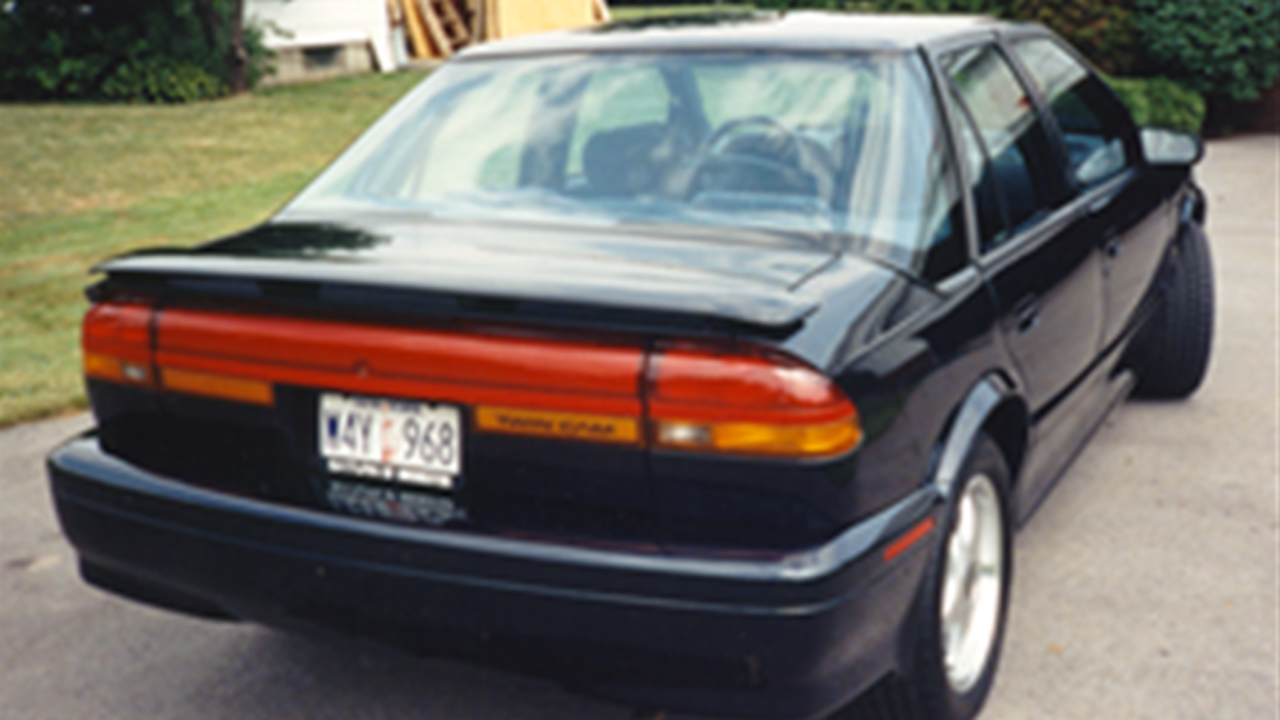 Right there and then Paul and I clicked.  The following year found the two of us travelling to Watkins Glen for a high-speed driver’s school.  Paul also convinced me that year that I needed to trade up the SL2 for a bright red 1994 SC2…and so I did.  Yet another school together at The Glen was enough to push me over the edge and into road racing, while Paul began to spend more time with his family.  You could say that Paul was there with me when the racing bug bit, and that he was almost solely responsible for my Saturn infatuation.

Once I made the move to Michigan to pursue my career with Saturn my interactions with Paul became a little more infrequent, but nonetheless significant.  The Detroit Auto Show was an annual favorite, and he even managed to get a day off work to come watch team scR run The Glen back in ’97.  As one of the original scR newsletter subscribers, he made it a point to live vicariously through the scR racing experience.  He was one of our biggest fans and supporters.

All of this and more flashed through my mind on Wednesday of last week as I stood in front of over 200 of Paul’s friends, relatives, and family members and told this story.  It was the single most difficult thing I have ever done.

I arrived home late Sunday night to find the unfinished newsletter waiting for me as if nothing had ever happened.  The motivation was not there to complete it, and I’m not yet sure when it will return.  So, with the permission of John Comeskey at SPS, I am forwarding HIS version of the inaugural scR ITA race at Road America.  Hopefully this will fill the void – I’m sure you will find that John does a nice job of capturing the emotional swing that we experienced that weekend.  His text follows.

“Anyone who is involved with auto racing will agree: racing is fun and rewarding, but it is also challenging, expensive, dangerous, and – at times – frustrating.  But above all else, it is most certainly a learning experience.  And all of these adjectives have characterized the season thus far for the team at scR motorsports. 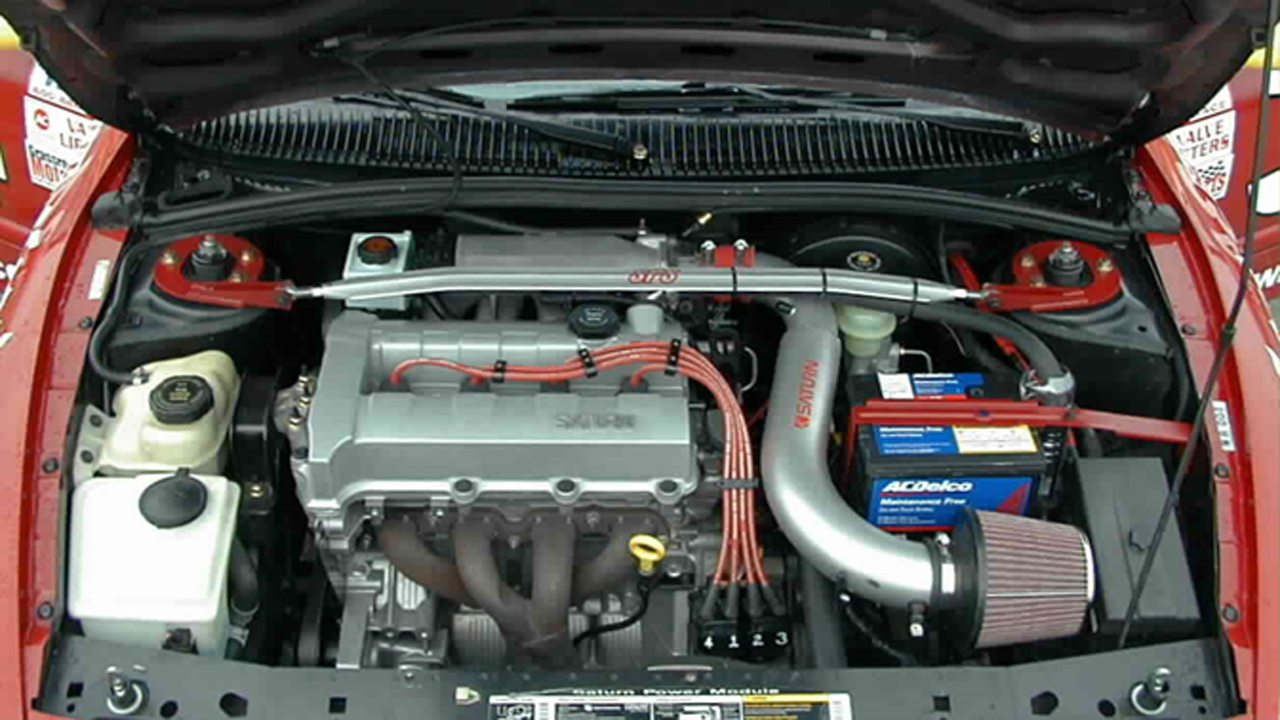 After months of agonizing preparation, James Walker was anxious to test his newly ITA-prepped Saturn SC2 racecar and finally begin his official racing season.  James had good reason to be proud: with a scant 2170 pounds, 150-plus horsepower, stiffly sprung adjustable coil-overs, Koni dampers, and the new 17.5mm SPS rear sway bar, the new ITA car promised an entirely new degree of speed and handling around the racetrack.  So, James and the new racecar were glad to finally get some track time at a recent lapping event on August 26 at GingerMan Raceway in South Haven, Michigan. 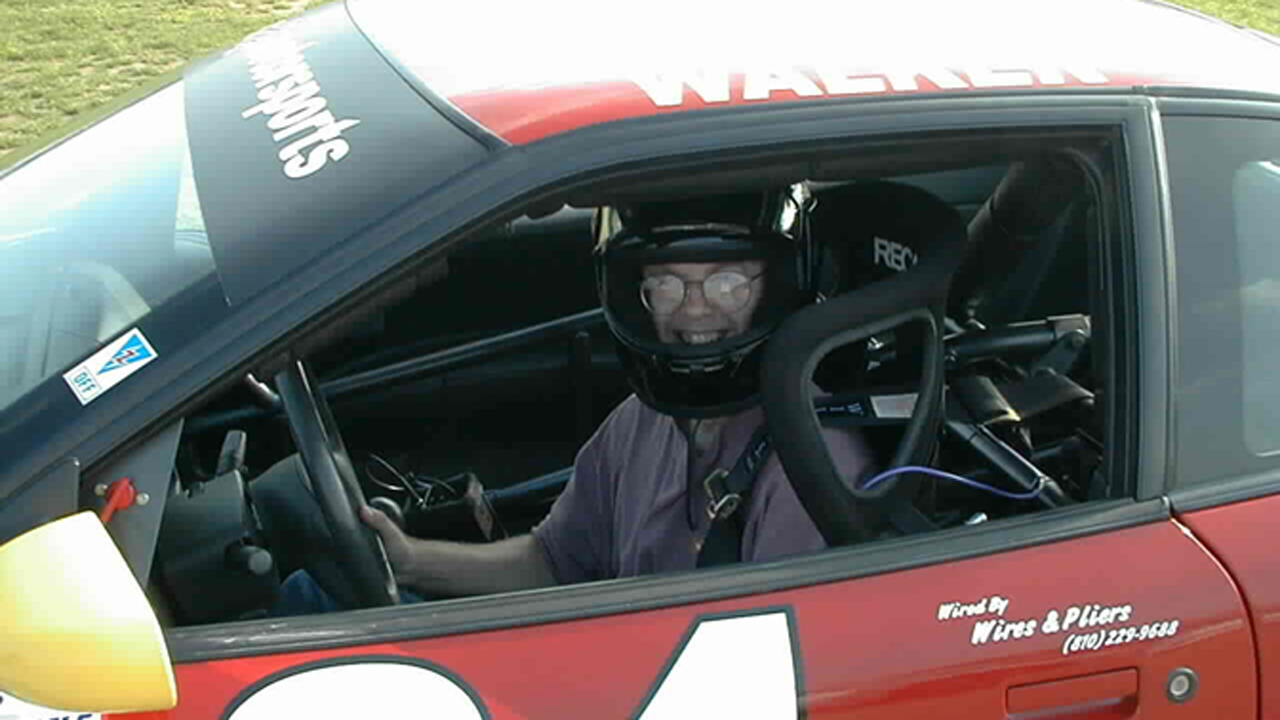 The GingerMan lapping event was not a competitive event, but it was a great chance to sort out the car – and look for last minute repairs before facing the demands of an actual race.  And the new car’s performance at the GingerMan “warm-up” exceeded everyone’s expectations.  Clearly, the newest entry to the scR garage was the fastest yet!  And it easily handled the GingerMan test without breaking a sweat. 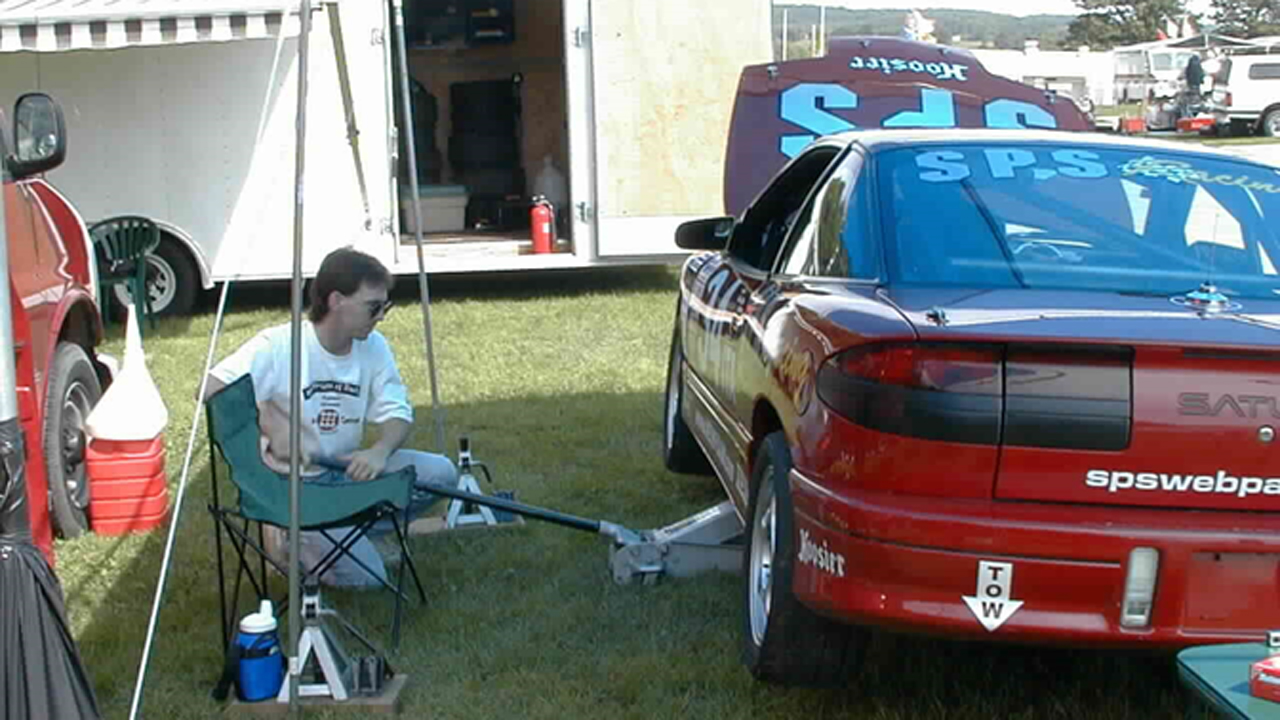 So, the entire team was optimistic about the first race debut at Road America on August 28 and 29.  And the start of the weekend – characterized by a 7th place qualifying position within an 18-car field – seemed to justify the optimism.  And by the last lap of the Saturday race, James had managed to blast ahead to 5th place, making for what appeared to be an impressive debut into IT racing!   But alas, tragedy struck.

As James began the last lap, he noticed a slight loss of power.  After two more turns, this had become a complete loss of power, forcing James to watch the rest of the race from the sidelines.  A post-race inspection revealed a severely damaged valvetrain.  The carnage included various pieces of lifter, camshaft, and cam sprocket, and a hole in the cam cover large enough to see through! 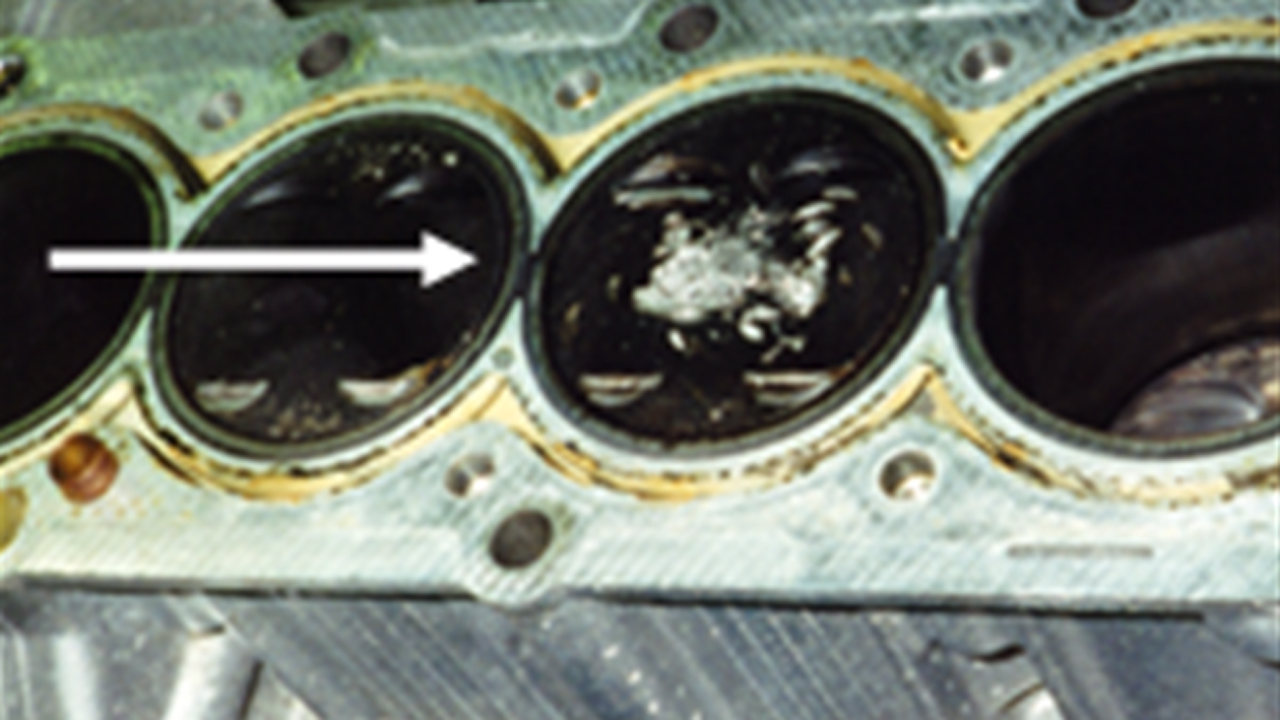 Unfortunately, the feasibility of repairing the motor in time to complete the rest of the 1999 season has yet to be determined – but it looks unlikely.  Updates on the rebuilding efforts and the latest photos of the completed car are available at the scR motorsports website – www.teamscr.com.”

Unfortunately, post-race teardown of the motor confirmed that the only usable pieces in the motor were the crank and the oil pan.  A lifter apparently gave up, a valve dropped, and the head snapped off and began to make its way around the engine.  So, there you have it.  Boom.  Game Over – but at least:

It certainly could have been much, much worse. 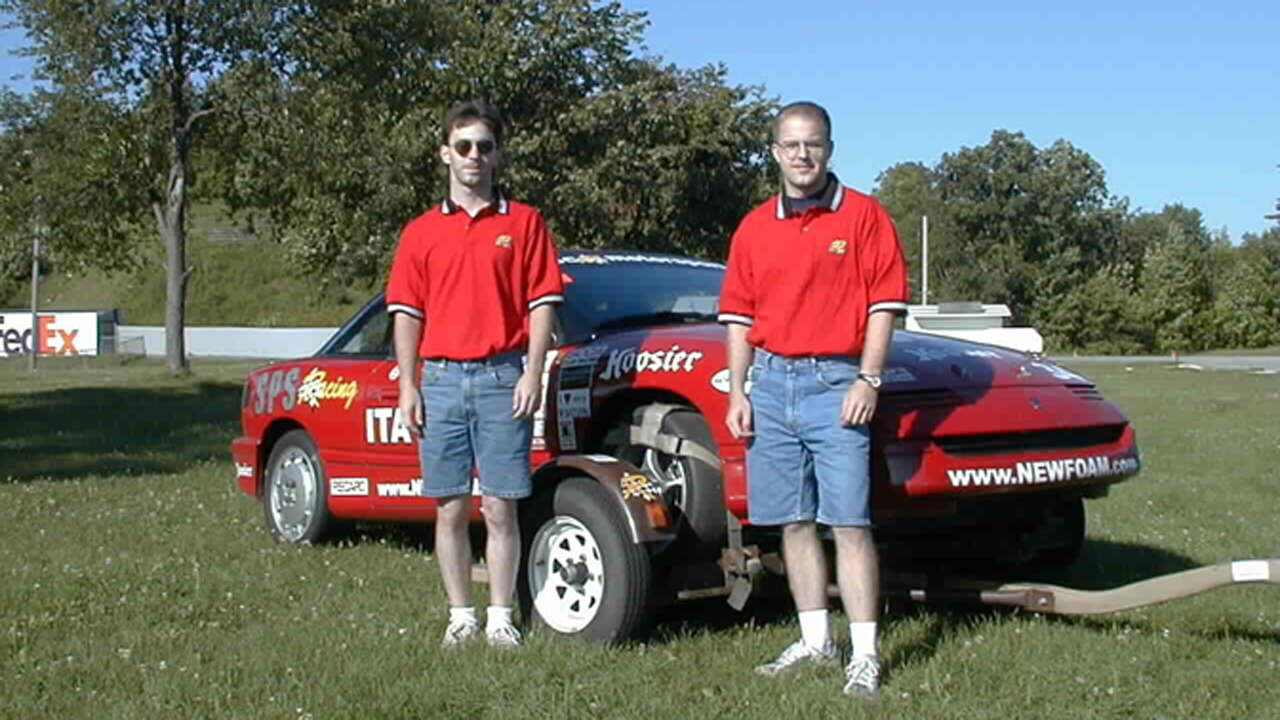 In other team news, though, Mark Rushbrook has been tearing up the SSC Regional circuit, winning nearly every race he has entered.  In fact, Mark finished 5th and 3rd at the two last National events of the year, narrowly missing a chance to go the Runoffs – with only 4 National races to his credit!  Certainly, we expect Mark to hit the ground running next year, regardless of what he is driving. 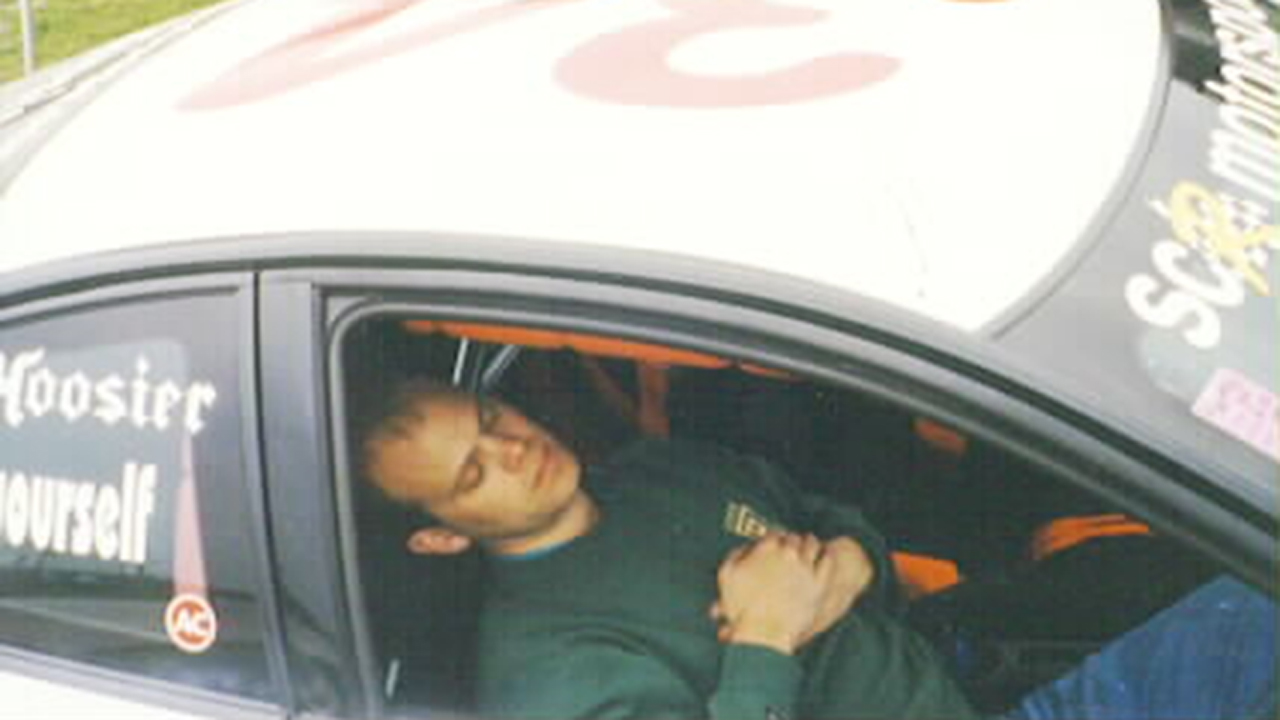 Back to the ITA story…although this comes as a disappointment to the team, we are already preparing next year’s motor in eager anticipation of the START of the 2000 season.  The plan is to have a new motor ready to plug in the car by the 1st of the year, with a shakeout session or two somewhere south and warm during the early months of 2000.  Clearly the rest of the car is up to the task and we have every intention of making an early run at the 2000 ARRC at Road Atlanta.  Hopefully you will be there to help make it happen.  I know Paul will… 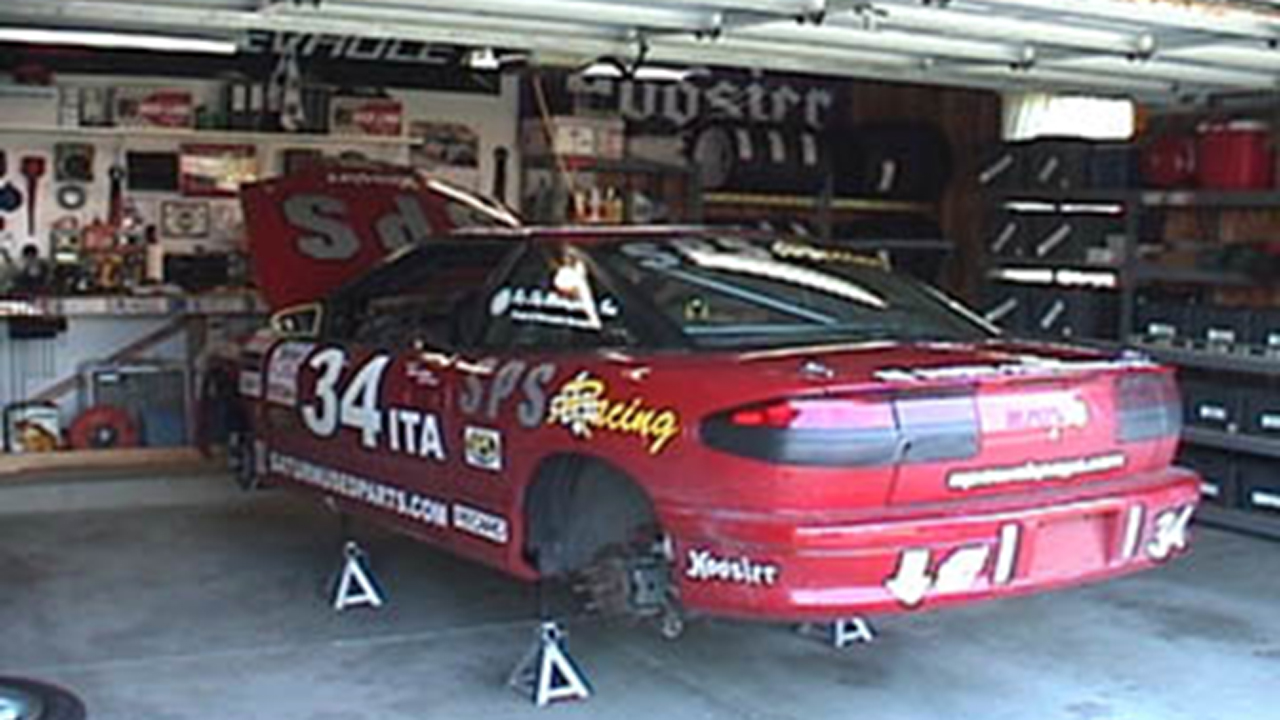 Until next time, see you at the track!