A: This is weird. You’re now using Haiku in the questions? Talk about a role reversal.

Q: Desperate times, desperate measures. What the heck is going on?

A: What are you talking about?

Q: By my estimation, you have raced at VIR and Watkins Glen since the NOLA newsletter came out.

A: That would be correct.

Q: So, where are my newsletters? People are depending on you.

A: I won’t lie. This season is a struggle. I’m pretty sure it’s the best worst season I have ever had. But in the end, there hasn’t been much to write about, either.

Q: But you always write a newsletter. Something is up.

A: No, not really. This has simply been a stretch of bad luck and poor results which don’t give much of a platform to craft witty monologues.

A: Well, after eight of fourteen races, we are floundering around in 10th place. But we are only two points out of 9th place, so we have that going for us.

Q: Was that an attempt at being witty there at the end?

A: I was going more for sarcasm.

A: It’s complicated. Well, not really. This season I have had some pretty significant personal successes. Just as an example, I have set a personal best lap time at every track we have been to this year in spite of the car being heavier and higher than it has been over the past three seasons (thank you, BoP racing). So, it appears that I am still improving in this sport.

And while that sounds like something to celebrate, it’s kind of hard to justify that when you have a lock on 10th place in the standings.

Q: So, you are pouting again. Why not just show us some pictures? Everyone likes Halston’s pictures.

A: In spite of our lackluster performance this season, we have plenty of great pictures. Some highlights follow. 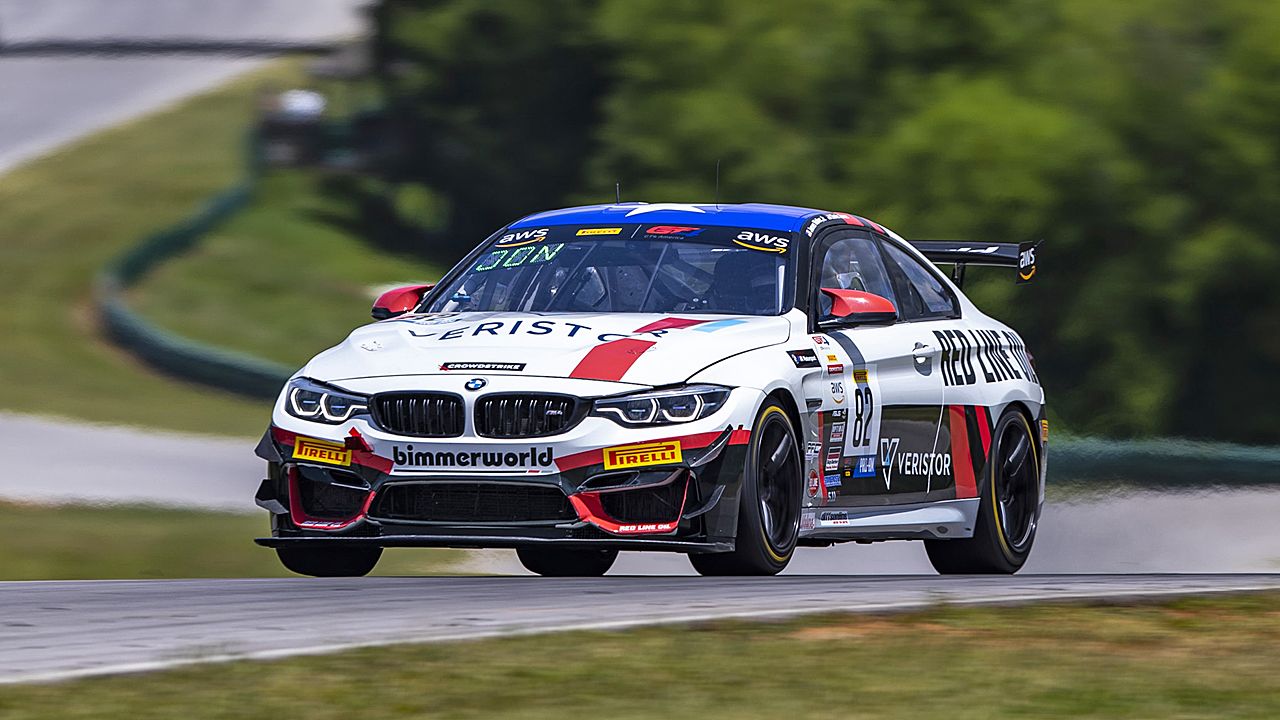 This is Devin at VIR coming through the Climbing Esses at full song during qualifying. 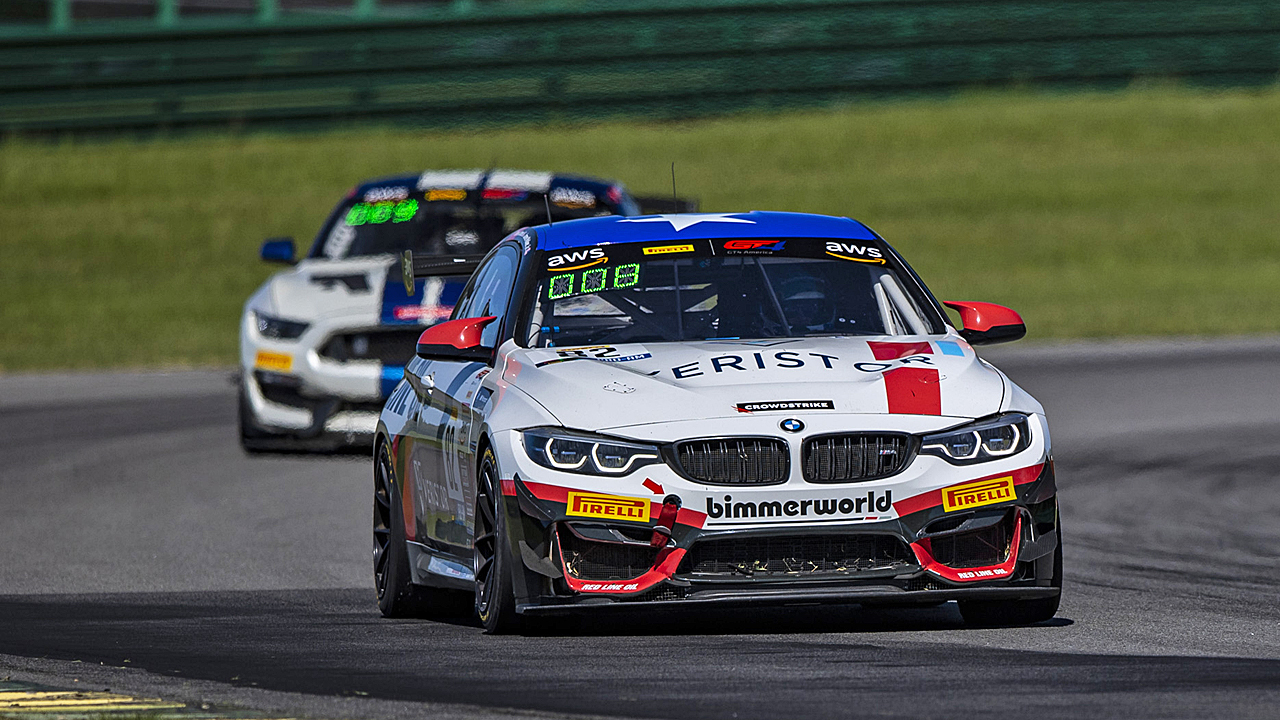 This is me circling around during our 58 laps of full course yellow at VIR. 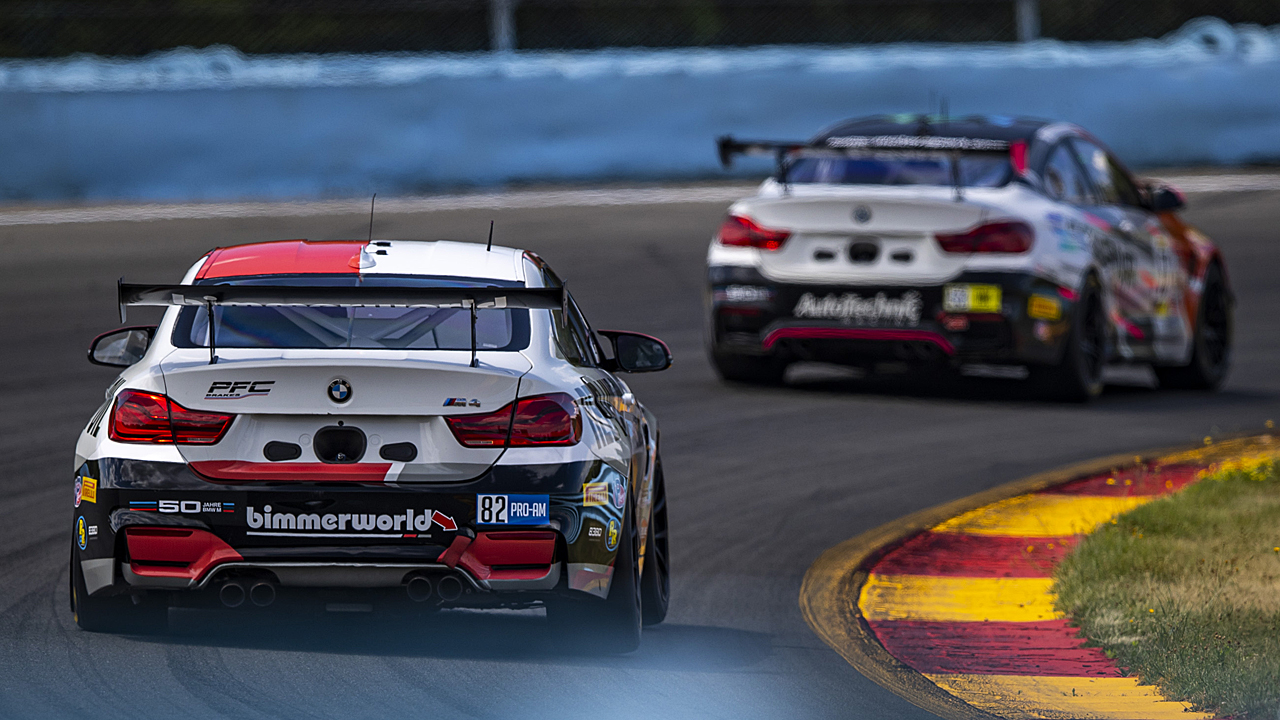 This is one of us navigating Watkins Glen’s Carousel during qualifying. 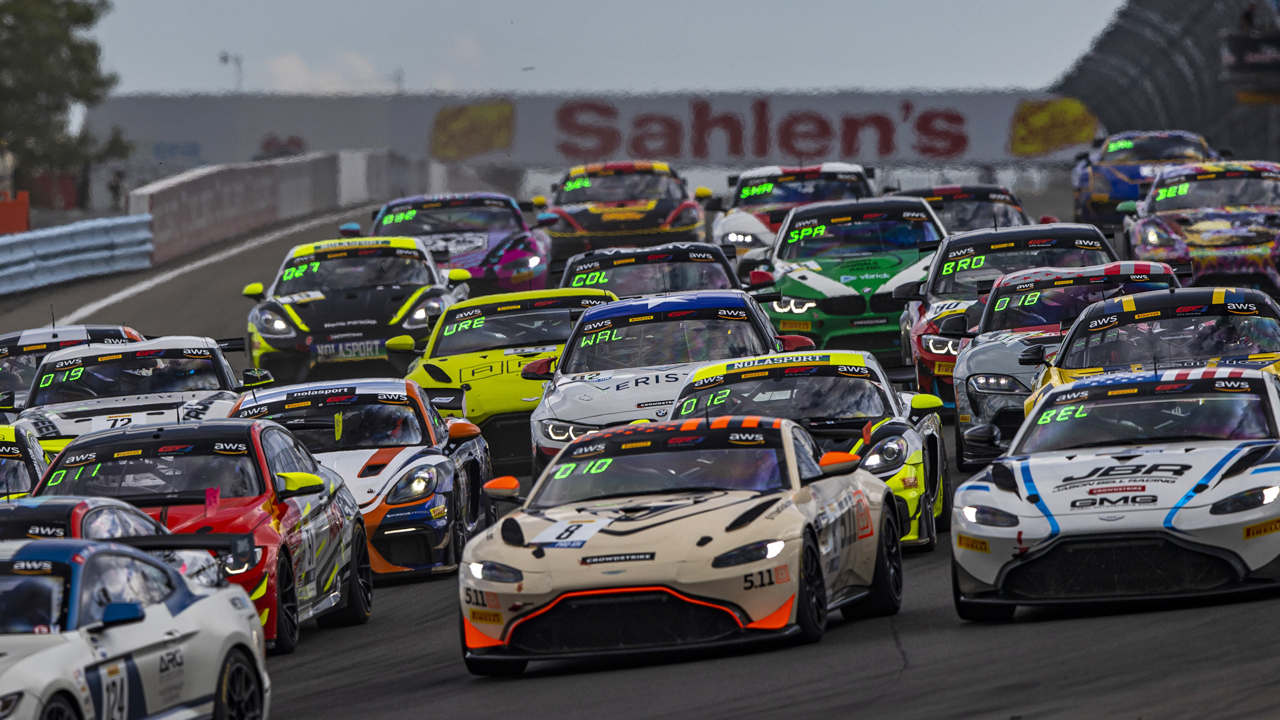 This is me trying not to get hit on Saturday afternoon at Watkins Glen. 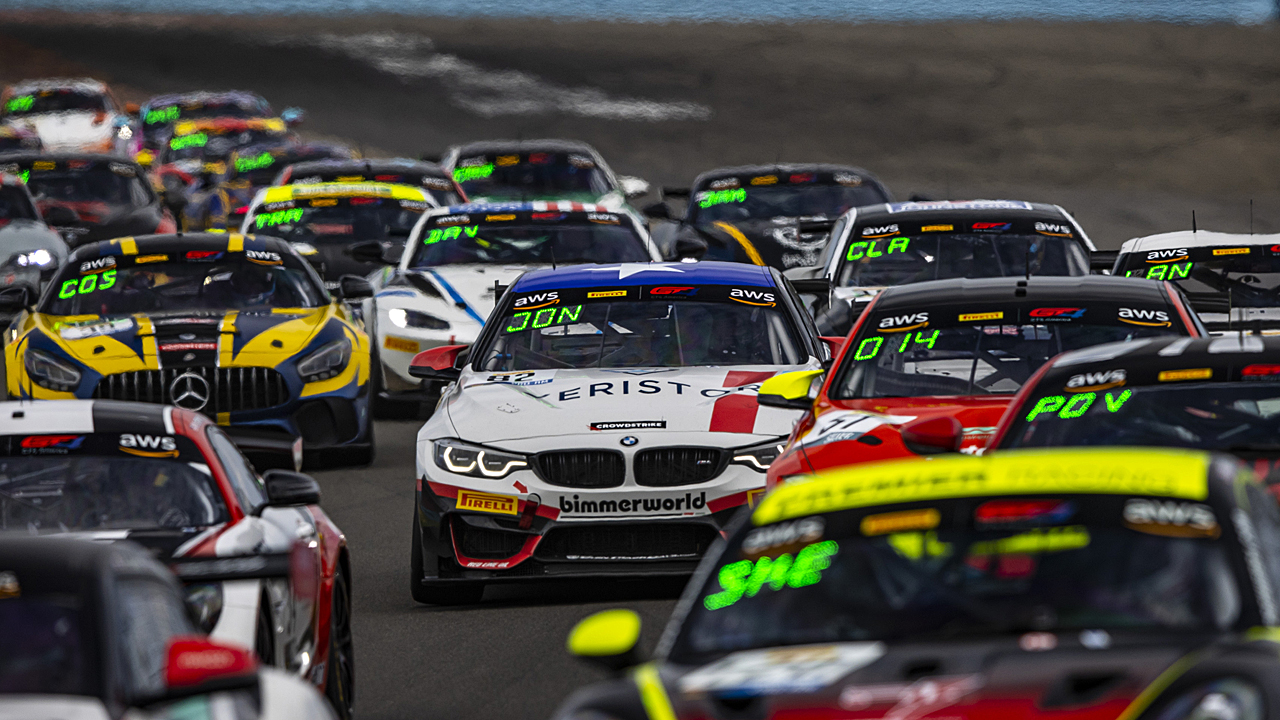 This is Devin trying not to get hit on Sunday morning at Watkins Glen.

Q: This begs the question, did either of you get hit at Watkins Glen?

A: Amazingly, no. For the first time this season, the car did not need to go to the body shop after the race weekend. Maybe it will anyways, you know, just in case we got hit and didn’t realize it. Because that’s how this season is going.

Q: Can you maybe just give us a stat line for each of the two weekends? It’s obvious you’re not willing to talk at length about it.

A: That’s fair. Here’s VIR in a nutshell:

I started Race 1 on Saturday and moved up from 5th to 2nd on the first lap. Which was cool. And then it all unraveled. Unfortunately, only two or three laps were run under green. I handed off the car to Devin still in 2nd place, but he was hit in the right-rear tire almost immediately thereafter. This resulted in the car slowing moving backward through the field, finishing 9th at the end of it all. He did a great job to simply hold on to a racecar that wasn’t proper. I suppose it could have been a lot worse. 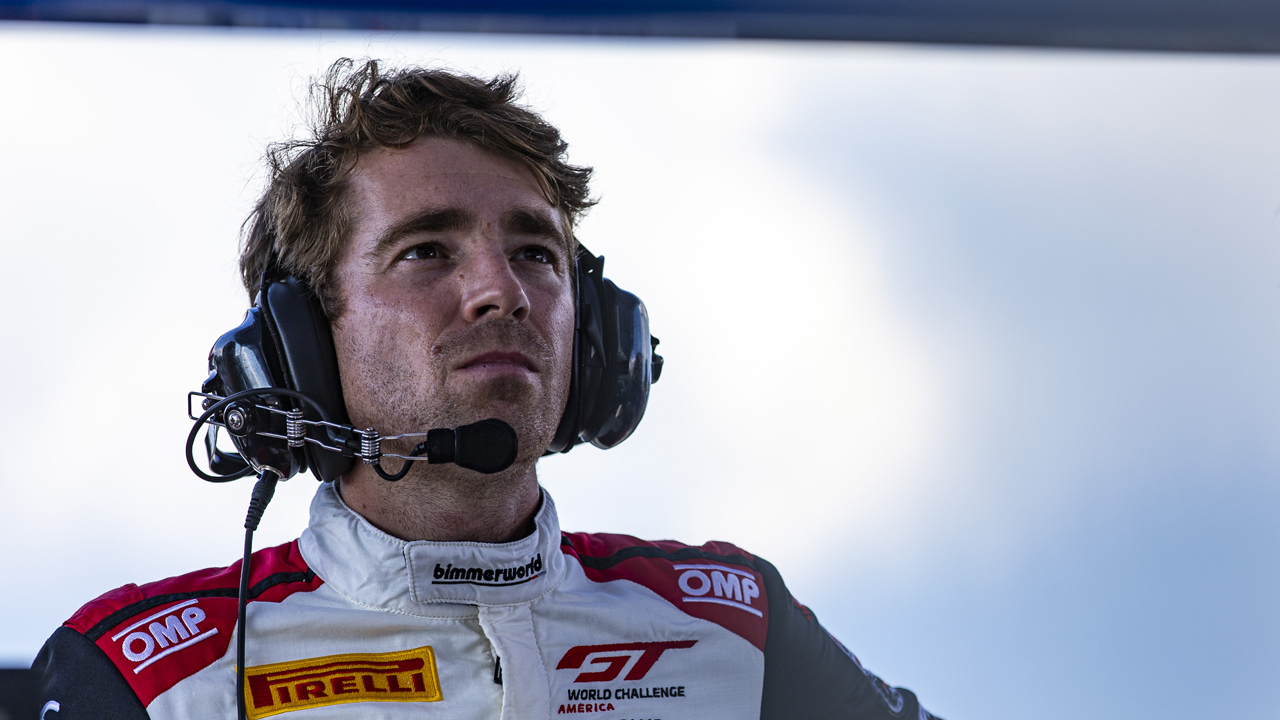 This is Devin hoping for brighter futures on Sunday. Again.

After Daniel and company patched up the car, Devin started Race 2 on Sunday from 9th and moved up to 8th over the course of his stint. Unfortunately, only two or three laps were run under green. After getting blocked on pit lane for about 10 seconds during the driver change (just bad luck and bad timing), I trundled around under full course yellow until there were only about two or three laps to go. It was all I could do just to hold on to the track position we had, finishing 8th at the end of it all. I suppose it could have been a lot worse.

Q: See, that wasn’t so bad. Can you give the same rundown for Watkins Glen?

A: No. I need a minute here to collect myself. That was a pretty deflating weekend. VIR was supposed to be our track, you know. And you just made me relive it, albeit briefly.

Q: <pauses for a minute>

A: Fine, let’s get this over with. Here’s WGI in similar prose:

In fairness to my ego, I got zero laps in Practice 1 because of a red flag, and I got zero meaningful laps in Practice 2 because it had recently rained, and the track was progressively drying. So, my qualifying laps were the first I had run all weekend at speed. And even that, while a personal best, was pretty damn far off the pace.

Nevertheless, I started Race 1 on Saturday and moved up from 12th to something like 8th pretty much right away. Which was cool. And then it all unraveled. The car overheated in the Bus Stop on Lap 1 and then simply laid down for the rest of the afternoon. It was exactly like how my dog gets when we go for a walk and it’s too hot for his liking. 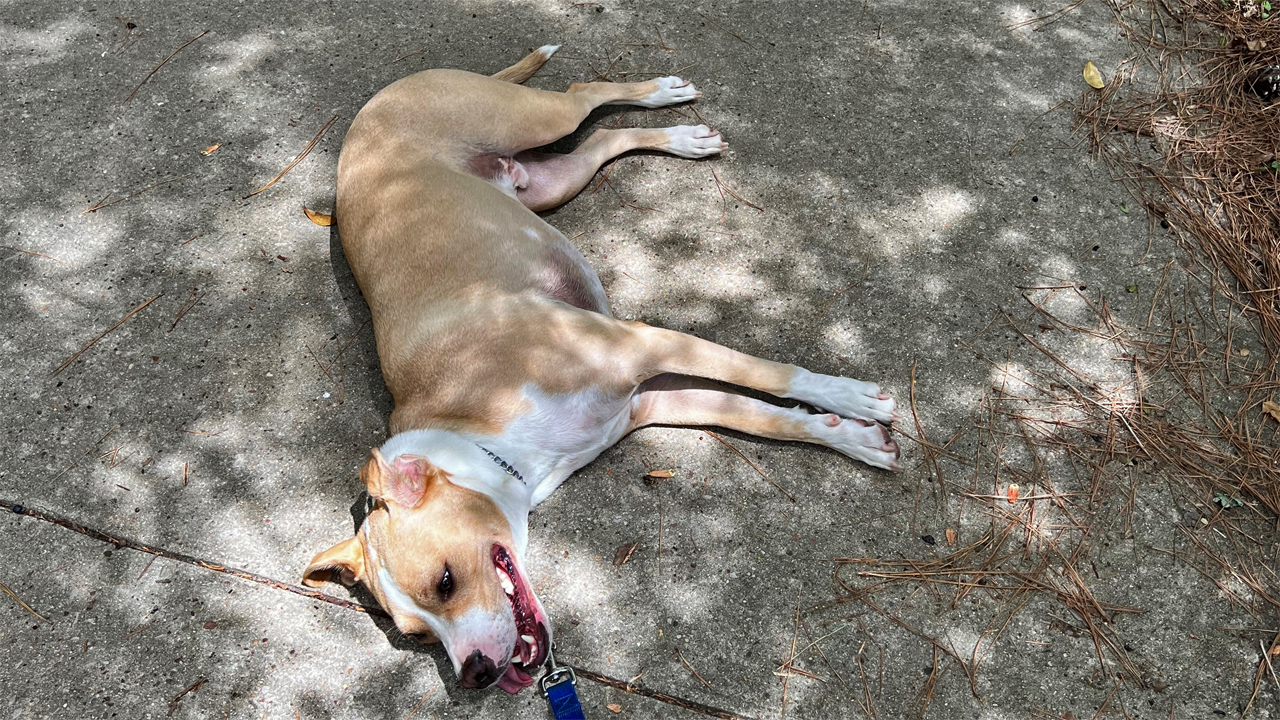 This is Axle doing a great impression of the M4 at Watkins Glen on Saturday.

When I gave Devin the car, I think we were in 8th or 9th place, but that was due more to attrition and penalties for others than it was because of my heroic driving (of which there was none). For the duration of the race Devin tried as hard as he could, moving us up into 7th place at the checkered flag in spite of the coolant temperature alarm that was screaming at us incessantly. This was far more than we deserved, but far less than we expected. I suppose it could have been a lot worse.

Race 2 didn’t treat us much better at all. Devin started 9th, moved up to 8th, and handed me the car (which thankfully was not overheating) with 30 minutes to go. However, I could not get a handle on the car, and ended up dropping a position in the closing laps to finish the day in 9th place. I suppose it could have been a lot worse.

Q: I guess I understand why you have not been eager to write a newsletter. 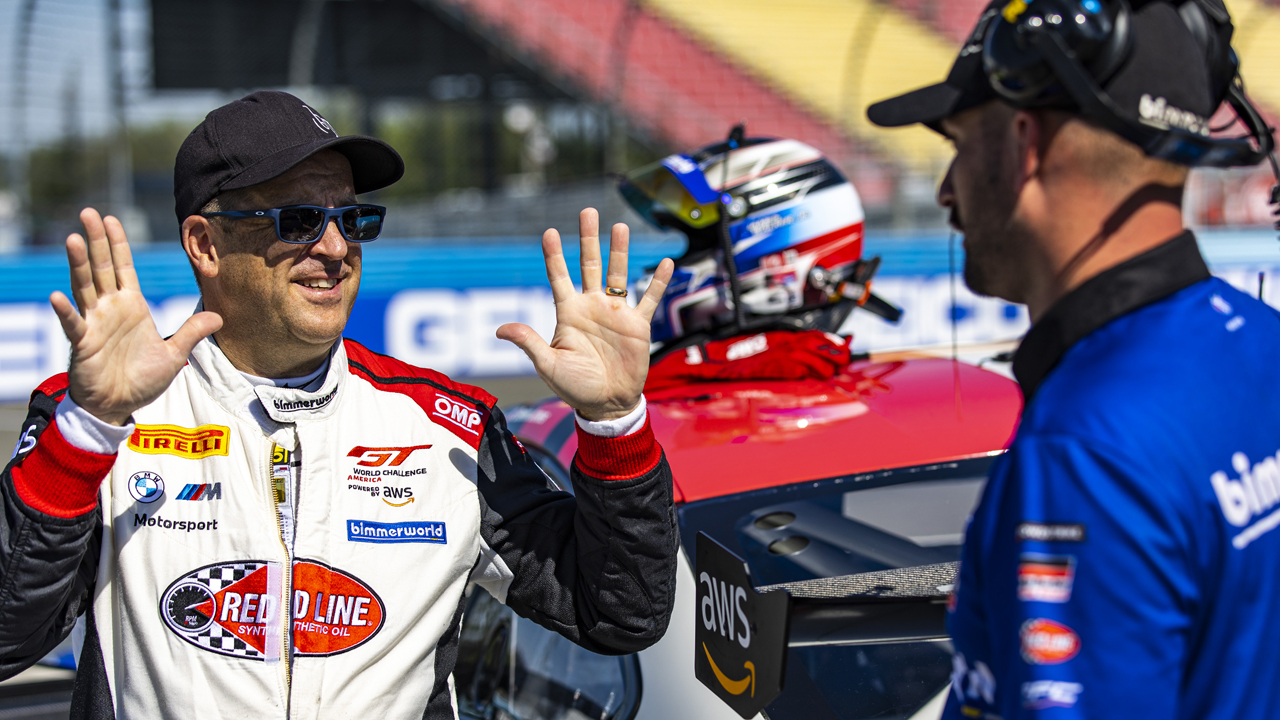 That’s it. I surrender. Make it stop!

Q: What do you think is at the root of it all?

A: That’s the question everyone wants answered, right? But it’s not like there’s just one thing that needs to change. This season there has been an offset in our performance at every level, but the competition has clearly raised their game as well. That’s not to say that the past two seasons have been easy, but goodness gracious, this seems a lot more uphill than it used to be.

Q: I suppose the question we really need to ask is this: Are you having fun out there?

A: Can I wait to answer that until after Road America this week?

Q: No. Four times up above you have intimated that “I suppose it could have been a lot worse.” So, own it.

A: Well then, here’s where I stand on that topic. Of course I am having fun. But I sure am not showing it. And for that I feel terrible. It’s 100% my bad.

The problem is that I know this operation is capable of better results than we are posting, and yet it seems like the harder we try the more we struggle. And me as much as anybody is struggling, to be clear. The BimmerWorld crew is pouring their heart and soul into this car this season, and I need to do a better job, a much better job, of simply relaxing and having fun with them. For if we are not enjoying the experience together, it’s really kind of missing the whole point of the exercise. 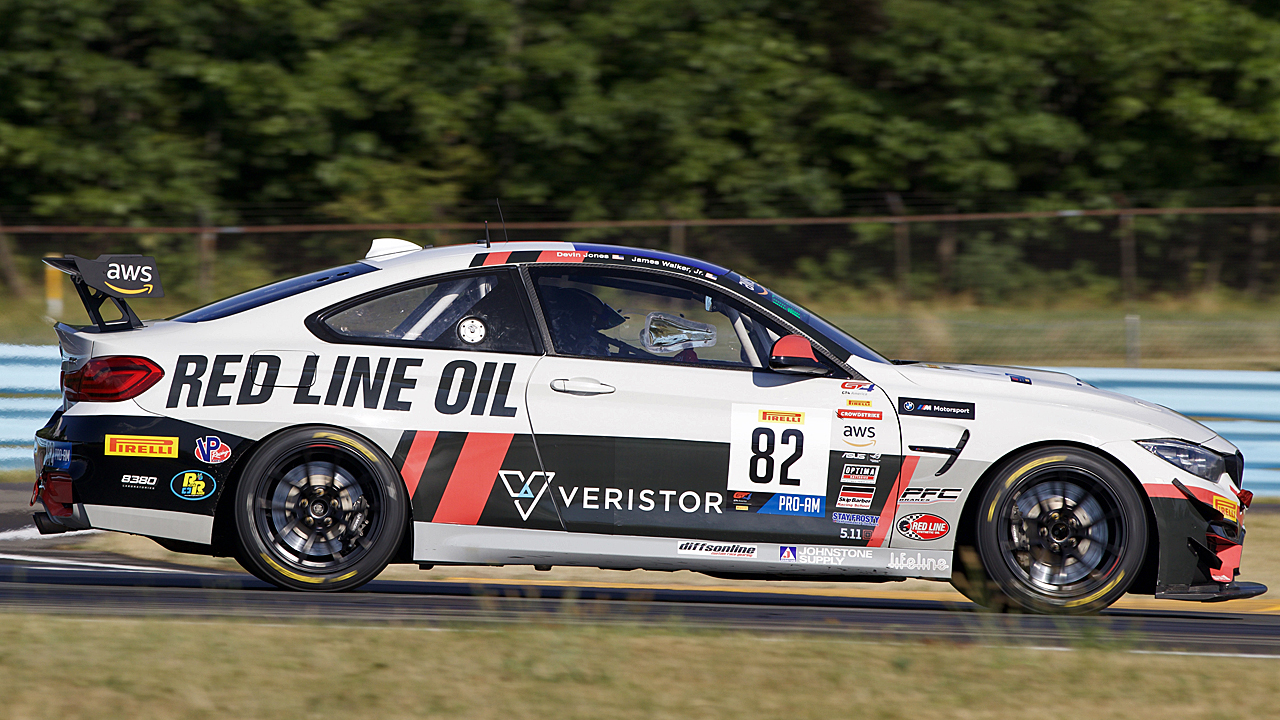 Props to my brother-in-law Tim for making me look faster than I was in this picture.

Q: So, what is going to be different at Road America?

A: I need to chill. That will be a good start. Oh, and I have been practicing my “Bill Auberlen duck lips” look in hopes that might be part of the magic turnaround recipe. 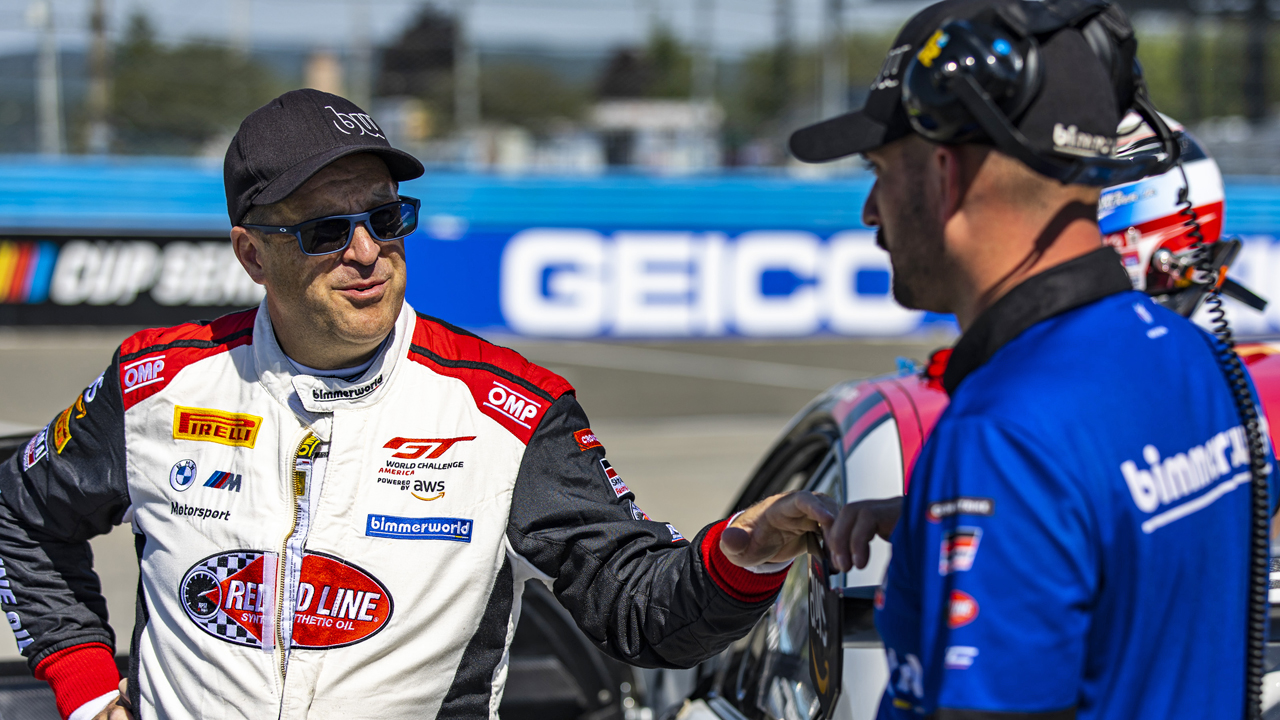 Maybe the duck lips will help. Maybe not. But you can’t fault me for trying.

Q: Have you considered another voodoo doll experiment? I mean, it obviously had an impact (pun intended) at NOLA.

A: No, I’m not really ready to strike a deal with the devil. At least, not just yet. And I do think that Bryan and Kenton are still reeling from the ill effects of my dabbling with the occult. They haven’t been the same since, and I do silently feel at least partly responsible for that.

Q: Any other closing thoughts before you head up to Wisconsin this week?

A: Just one. Road America has always been a favorite venue of mine for a variety of reasons, but this event will unavoidably have an air of melancholy about it. Tom was also particularly fond of the four miles of black lightning running through Elkhart Lake, and I can’t remember him ever having missed a race there. Not having him in the trailer with us this year will sting, but my brother-in-law Tim will be there to pick up the mantle and carry us forward.