Q: That seems highly unlikely. Nobody misses the Haiku. But where have the newsletters gone?

A: I’m pouting because I haven’t finished a single race on the lead lap this season. Equally alarming, Greg Gill told me personally that he does miss the Haiku.

Q: I’m not sure which of those two statements is more troubling.

A: Truth. While I am legitimately sorry for the newsletter black hole, please understand that it’s been pretty tough sledding lately around these parts. Our May fiasco at COTA and the more recent VIR debacle in June have sucked the wind out of our sails. And my keyboard. 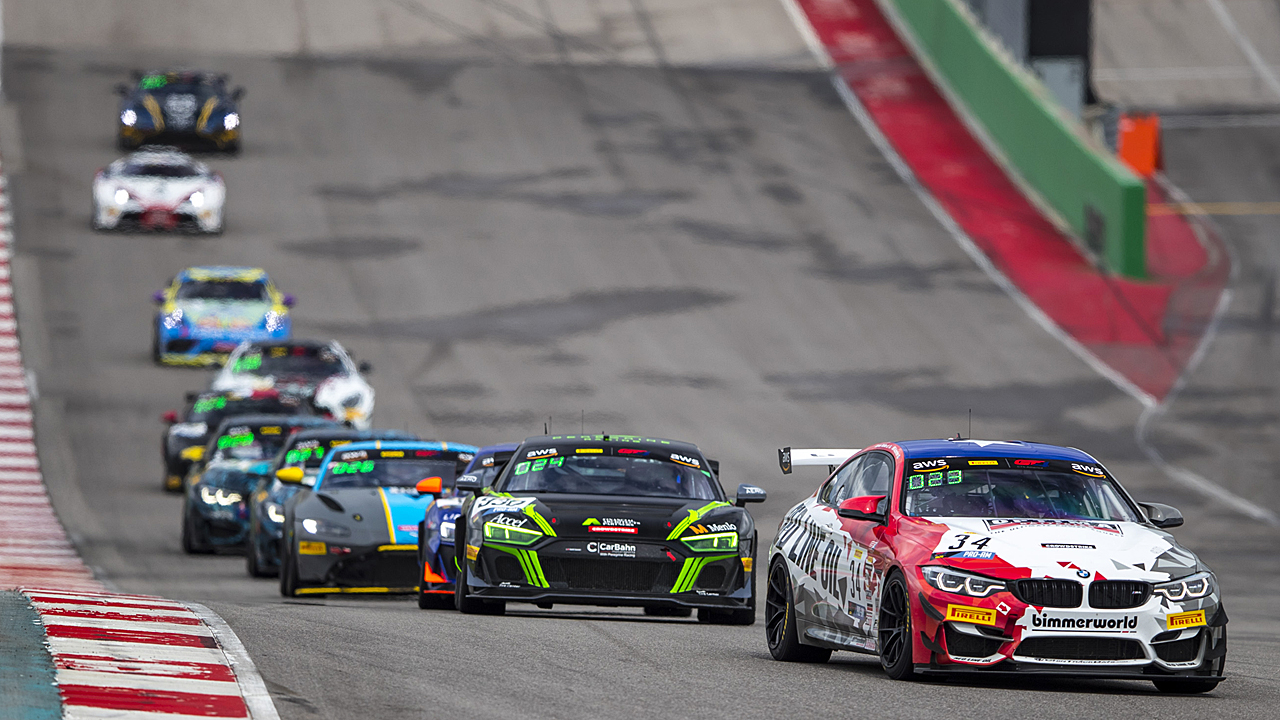 This photo of me leading the way at COTA is much more impressive if you ignore the ‘023’ on the windshield. 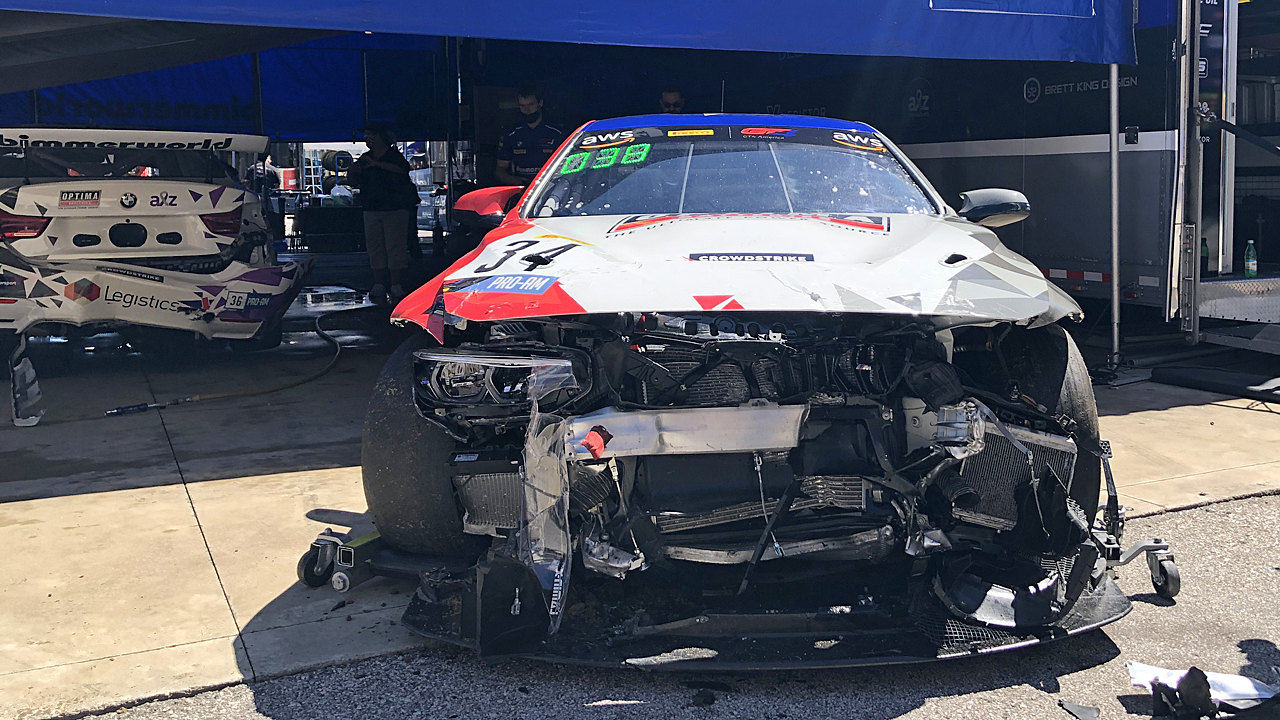 Bill is just fine, thanks for asking. Number 34, not so much. Number 36 didn’t fare so well either.

Q: Yeah, that seems pretty bad. What did he hit? 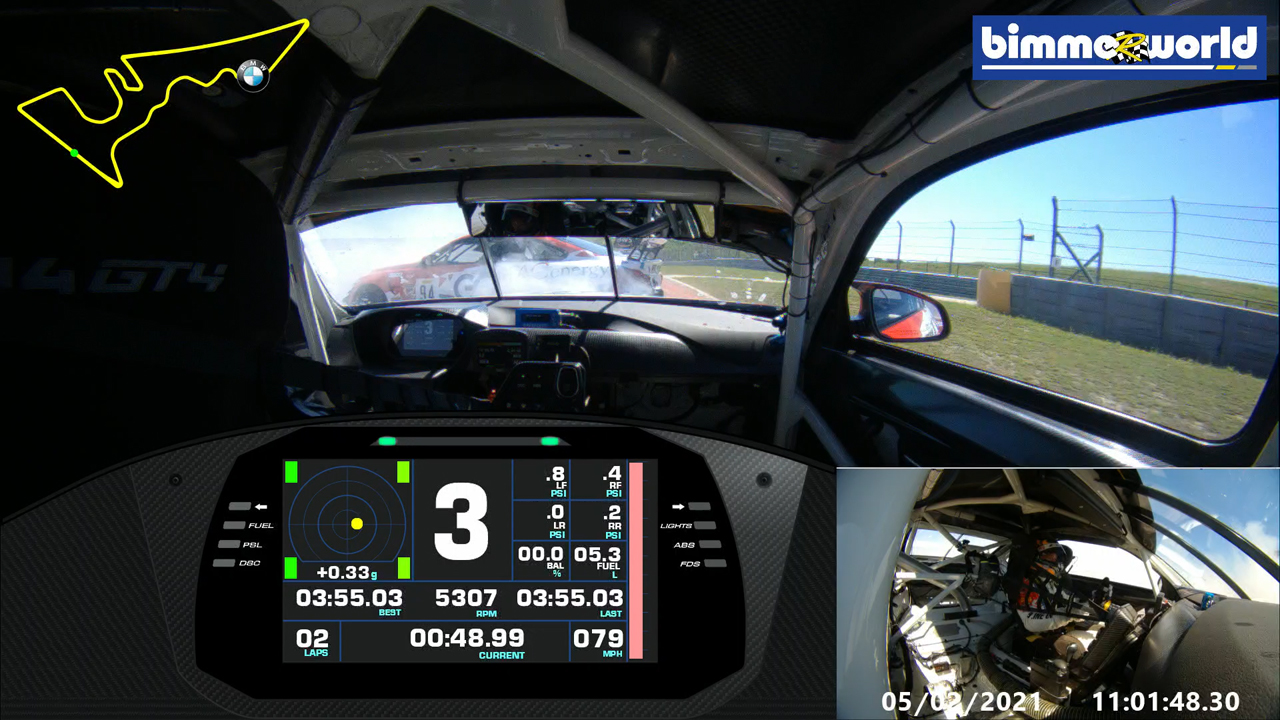 Yes, that is Chandler’s car (Number 94) that Bill is about to obliterate. Chandler is just fine, thanks for asking.

Q: I’m fascinated by the recent drama, but why are your tire pressures so low?

A: That’s a little Photoshop magic requested by the team so that you don’t go out and try to emulate what we are doing. Not that anyone is really trying to emulate us this season, but you never know.

Q: So, you’re grousing about one crash? That happens in racing. Get over it.

A: Well, no. I almost died at VIR. Twice. Exhibit number three, please. 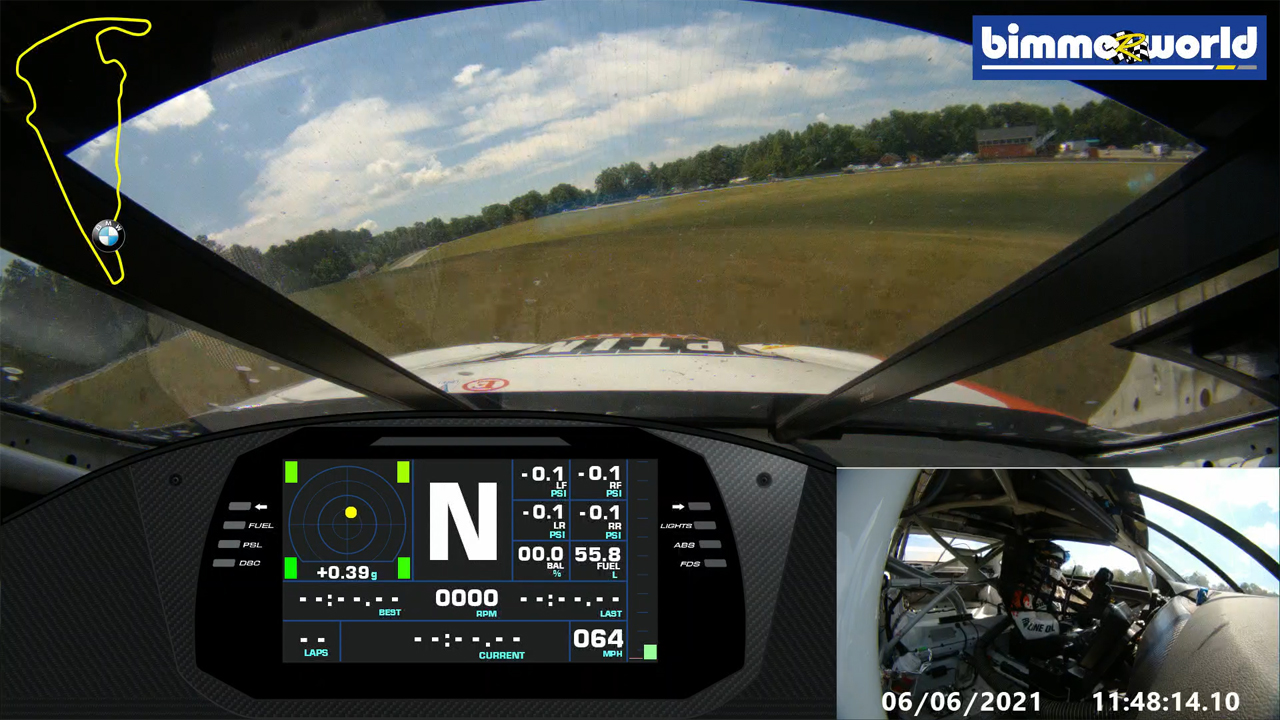 This is me praying that I don’t roll over shortly after the car shut itself off at 132 MPH approaching Turn 10.

A: Tell me about it. And we haven’t even talked about how the car overheated in Virginia. Three times. Exhibit number four, please. 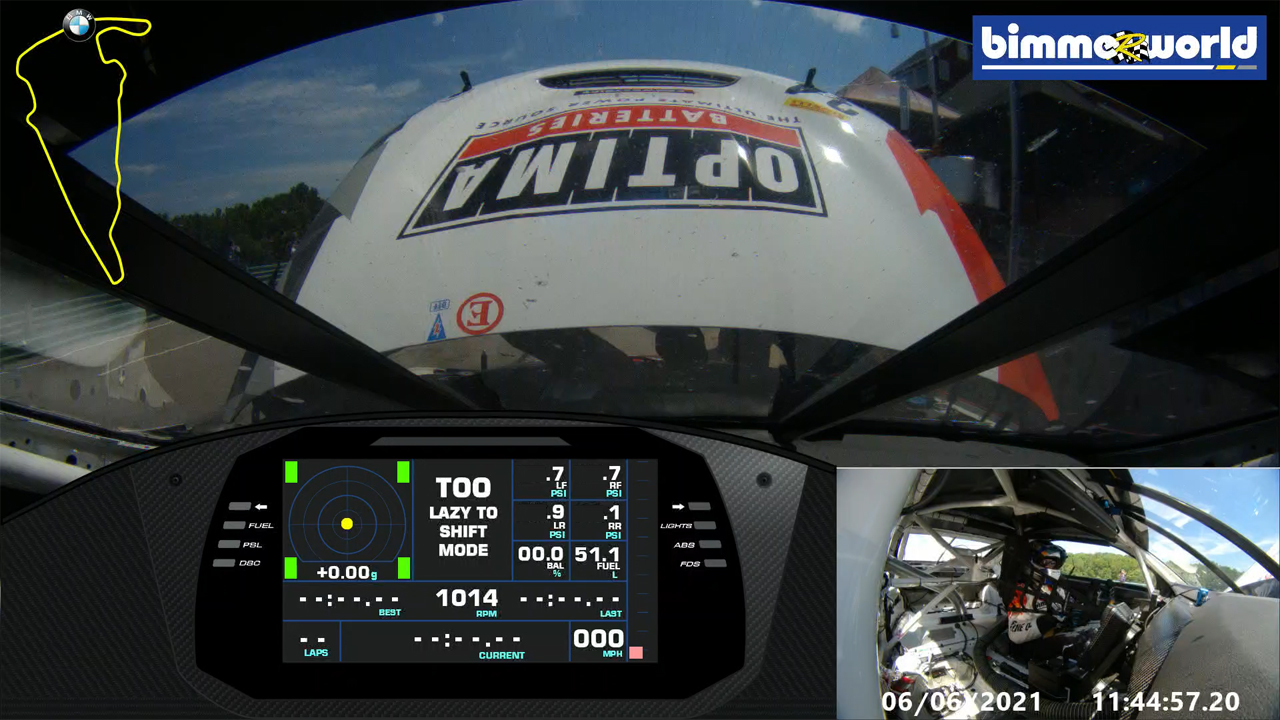 Sitting in pit lane while a race is taking place without me. Props to Jacy for the previously-undiscovered gearshift indicator Easter egg.

Q: I have completely lost track of the chronological sequence of events here.

A: Ah, that doesn’t matter. There is no storyline this time.

Let’s change topics for a moment. You might remember in our last newsletter, we talked about Chandler’s hat. As the story goes, Chandler showed up at Sonoma with his name embroidered on the OUTSIDE of his hat. And while we were all pretty impressed by that, Bill was more than just impressed. He was inspired. 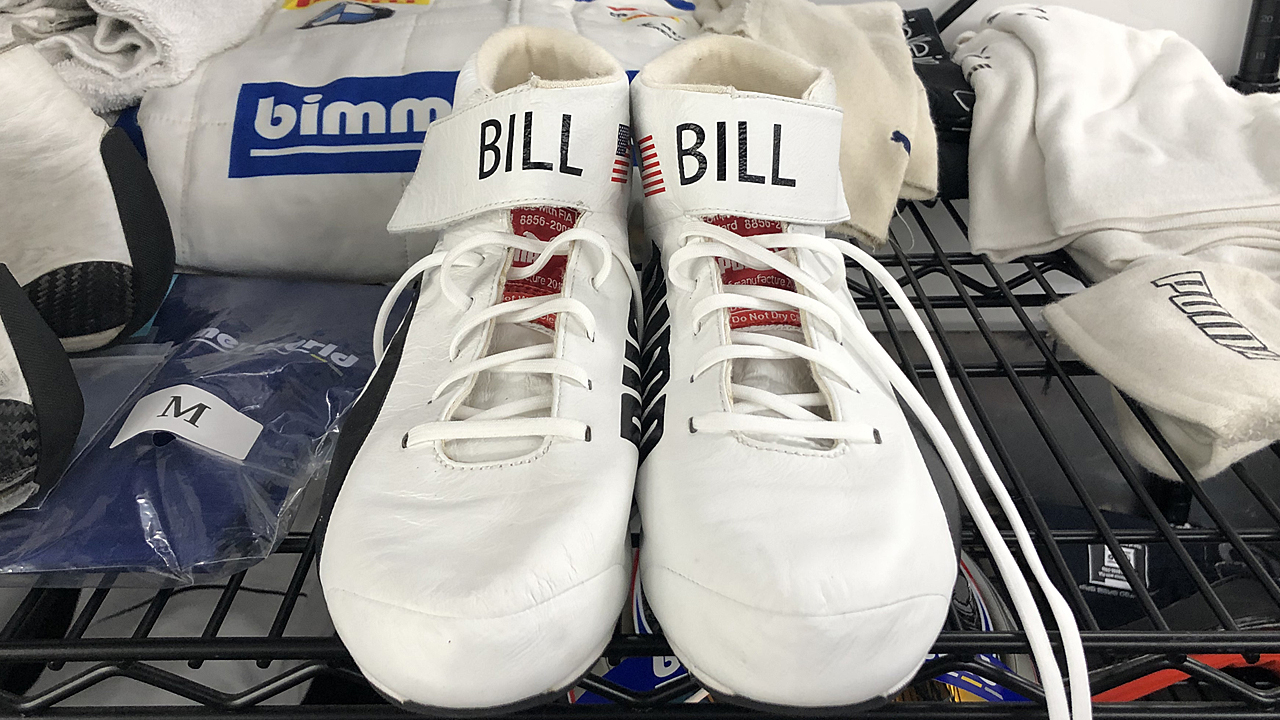 Q: Can we go back to the racing, please? You said you almost died at VIR. Twice. But you only explained one mishap.

Q: Yes. Apparently, you didn’t die, so it couldn’t have been THAT bad.

A: After the car shut itself off during my first full lap of Sunday’s race at VIR (see Exhibit three above), I was a little bit, well, taken aback. Because the problem occurred while I was braking at the limit, the ABS shut off and locked up the tires. This was bad. Unable to turn at that point, the car flew off the edge of the planet and slid clear across the grass to the back straightaway. To make things even more enjoyable, the two-way radio decided to shut itself down leaving me unable to communicate with the guys back in the pits.

In retrospect, I probably should have just parked it and walked home at that moment, but the car fired back up and seemed to be OK. Except for the radio, that is. In silence, and desperate to salvage something out of the already miserable experience, I meandered back out onto the track and slowly got back up to speed. This was not a remarkably good idea, even if it seemed reasonable at the time.

One lap later, just as I was gaining some confidence back, the car did its let’s-randomly-shut-off-now routine approaching the exit of Turn 17. Which is a right-hand turn taken at a speed of about 95 MPH. Without much grace (or advance notice), the car made a beeline toward the tree line as I tried like hell to stop it in a straight line (hey, that rhymed!). Exhibit number five, please. 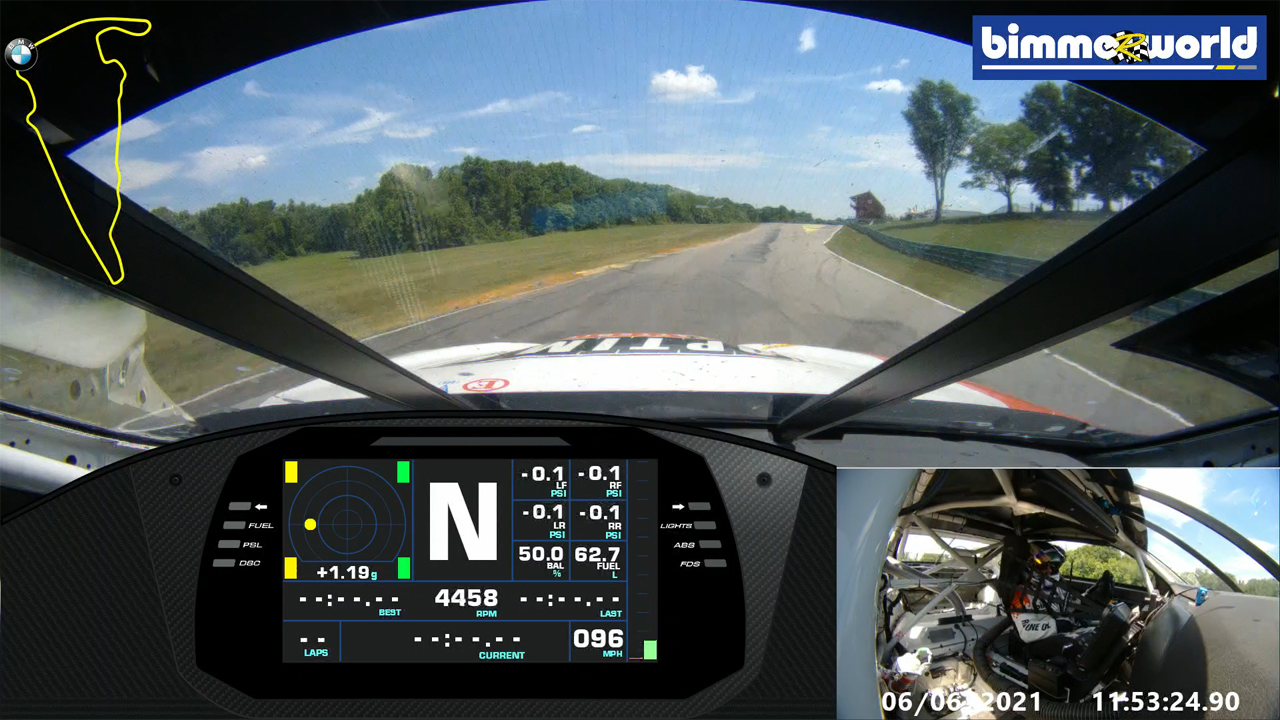 This is me hoping to avoid the trees to my left shortly after the power steering shut off at 96 MPH while exiting Turn 17.

Fortunately, after driving through hundreds of feet of freshly-mowed grass, I was able to bring it to a halt, but was completely uninterested in further attempts to drive the car under its own power (and its sporadic lack thereof). And thus ended our weekend at VIR.

Q: I suppose that you are not leading the championship, right?

Q: Is that car with the baby cheetah on the hood leading the championship?

A: It’s a small, bald leopard (I think), and yes. But as the TV announcers tell us time and time again, “Matt Travis and Jason Hart were leading the championship at this point both in 2019 and 2020 and managed to fall short during the very last race of the season.” Which gives me personally no comfort at all, but clearly qualifies as a cheap shot taken in good fun.

Q: We don’t appreciate that, James (submitted anonymously by “M.T.”).

Q: And it’s a ferocious cougar on the hood, James, not a small, bald leopard (submitted anonymously by “J.H.”).

A: Whatever makes you happy. I think it looks like a small, bald leopard. But I agree is has some pretty intimidating teeth.

Q: Do you have any cool pictures of the car while it was moving under its own power, not crashing, shutting itself off, or otherwise trying to kill you or Bill?

A: Amazingly, yes. Here’s one of Bill going particularly fast for a fleeting moment at VIR. 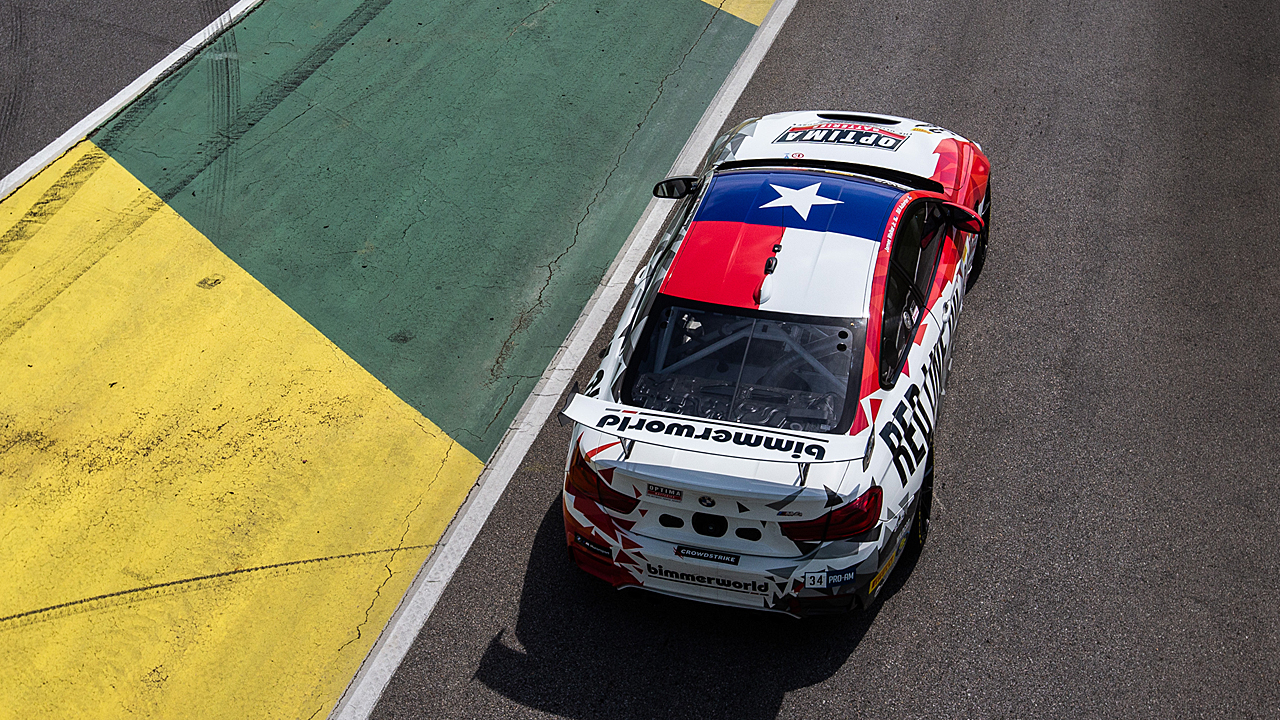 It simply radiates raw speed and aggression from this angle, doesn’t it?

Q: Fake news. That picture is taken from the starter’s stand as the cars were leaving pit row at the beginning of the race.

A: Caught me red-handed. But that’s all we got. Sorry about that. Please pretend it’s going really, really fast.

Q: Can you please pretend that this is a normal newsletter and give us a little bit of a race recap? This whole thing is far too disjointed to follow.

A: You will have to wait for a minute, as just now my dog just walked into my office and puked on the floor. I’m not making this up.