Apparently, the teenager couldn’t resist one more opportunity to tell the story his way…for your reading pleasure.

Whoever blessed those rains needs to rethink their life choices.

Yep, couldn’t have said it any better myself. Someone wasn’t wearing their t-shirt.  At least the Bills are 6-3 this season.  So, there is still some joy at the Walker house.

Do you feel bad for your dad?

I do.  I really do.  It must be horrible to do a flying leap over a Civic and then not be able to go any further.

You expected him to be able to continue after that?

Lightning McQueen did it! 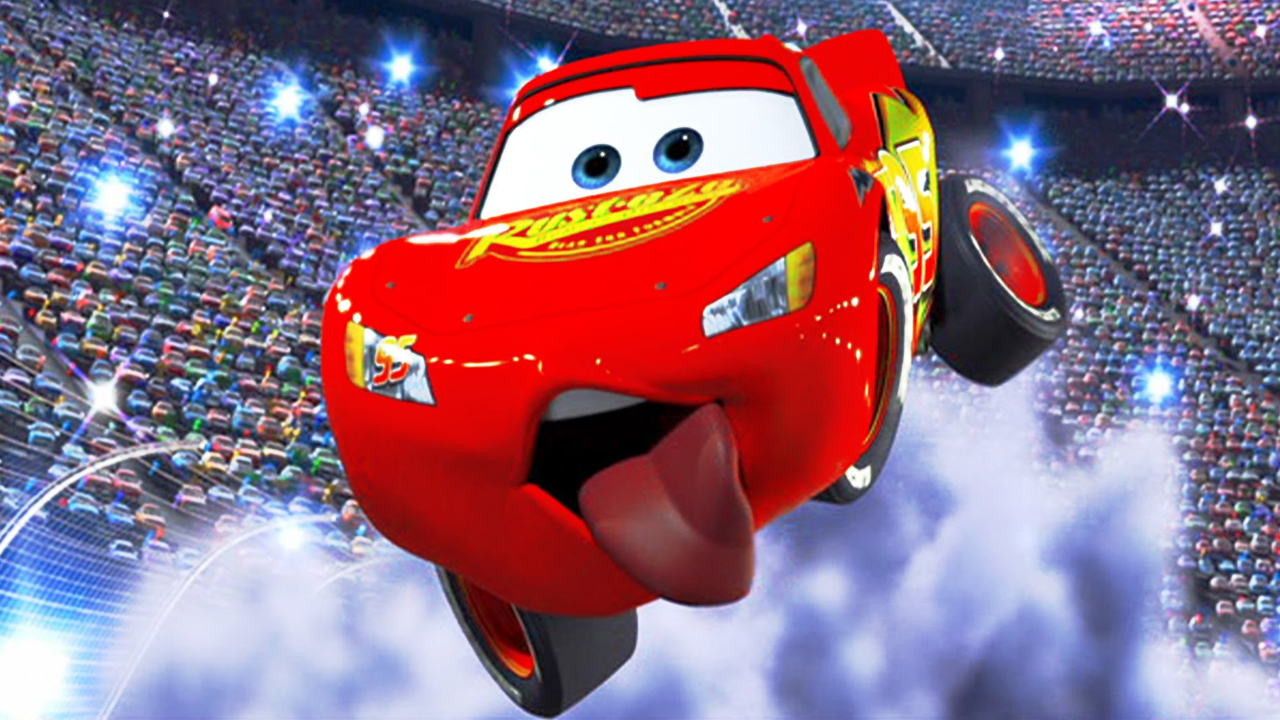 He’ll never make it through!  Not in one piece, that is!

Can every racing scenario be related to Cars?

Yes.  Every single racing scenario can be related to Cars.

Do you feel bad for Victor?

Yes, I do feel bad for Mr. Gonzalez.  He must be tired of going in circles.  On the bright side, the Law of Large Numbers suggests that his spin rate should have some serious regression to the mean next season. 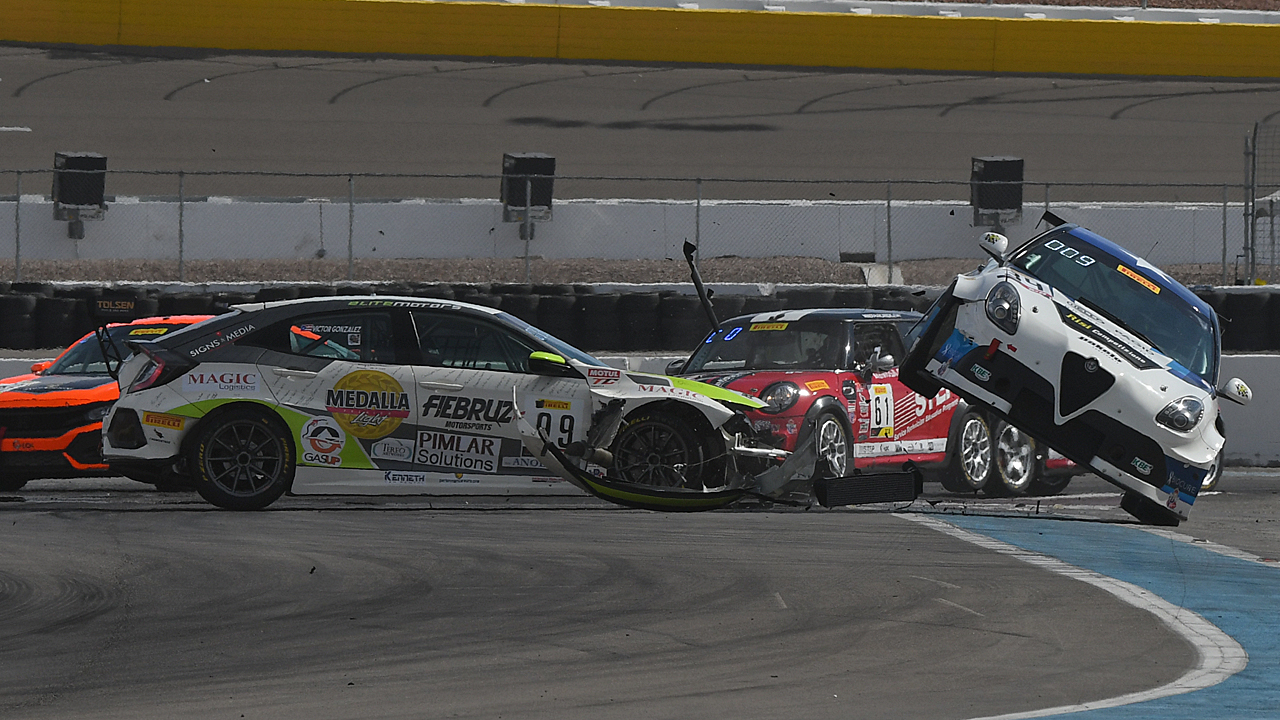 On another bright side, this is one of the coolest pictures ever taken.

It means he’s used up all of his allotted spins, so next year he’ll be good.  My AP Stats teacher would be proud of me right now.

I compiled a list of all the things we’ve hit this year, but the wrong paint tin isn’t one of them.

Do you feel bad for The Ginger?

What kind of stupid question is that? 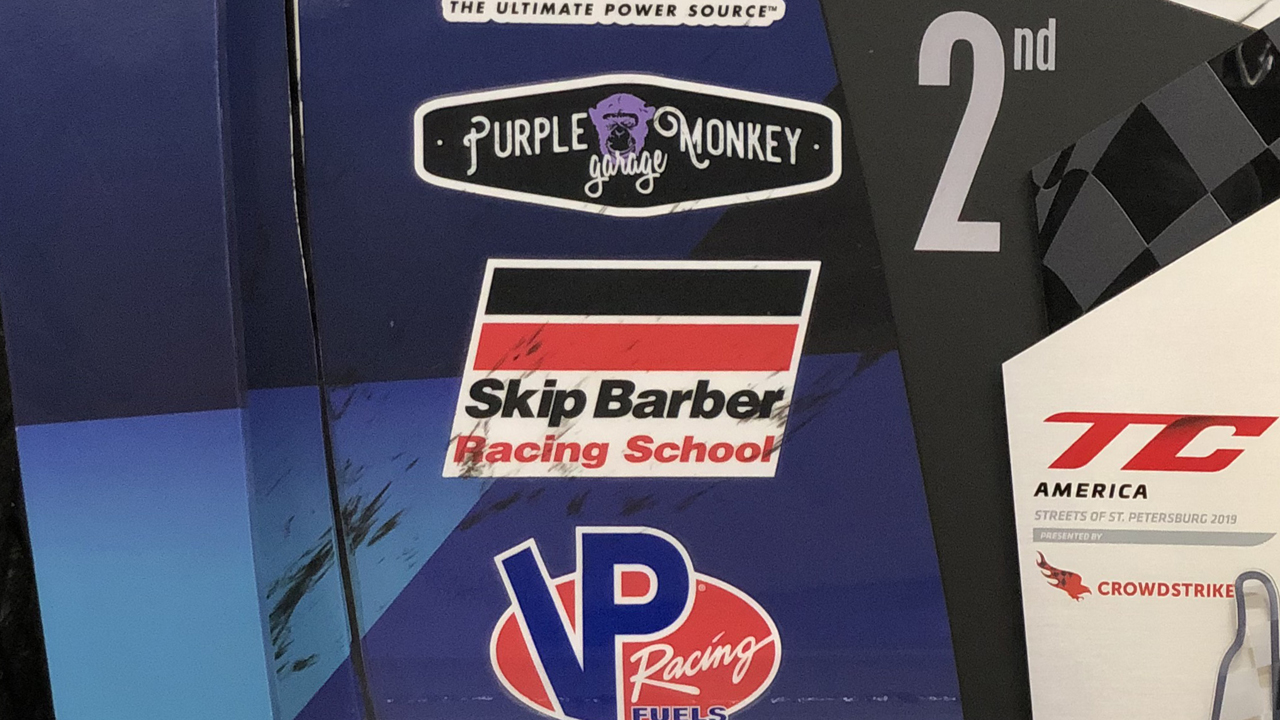 Skip Barber.  That’s what Mason has been doing for the past few years.

Do you feel bad for the VW BrosTM?

What kind of stupid question is that?  But there’s a Volkswagen that parks behind me at school.  I’ve been resisting the urge to back into it all year long. 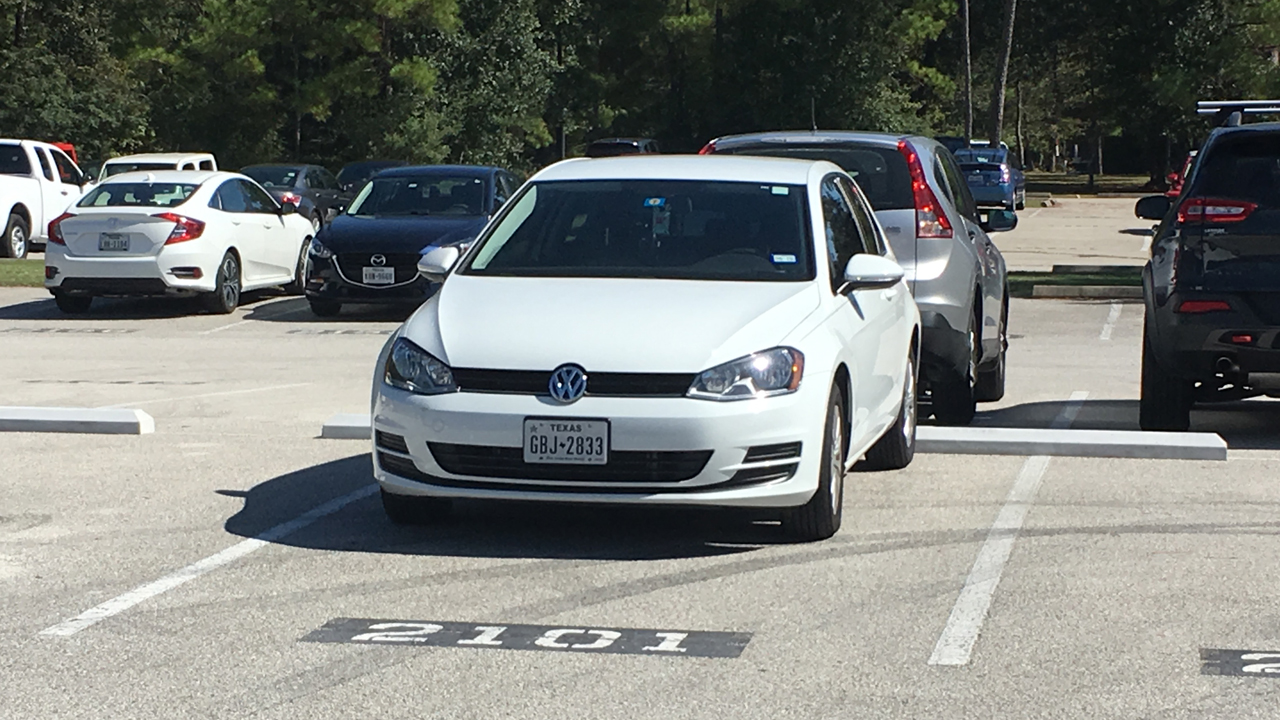 Do you feel bad for Miles, Keoni, Data Guy Don, Rick, Anna, Tony, and the rest of them? 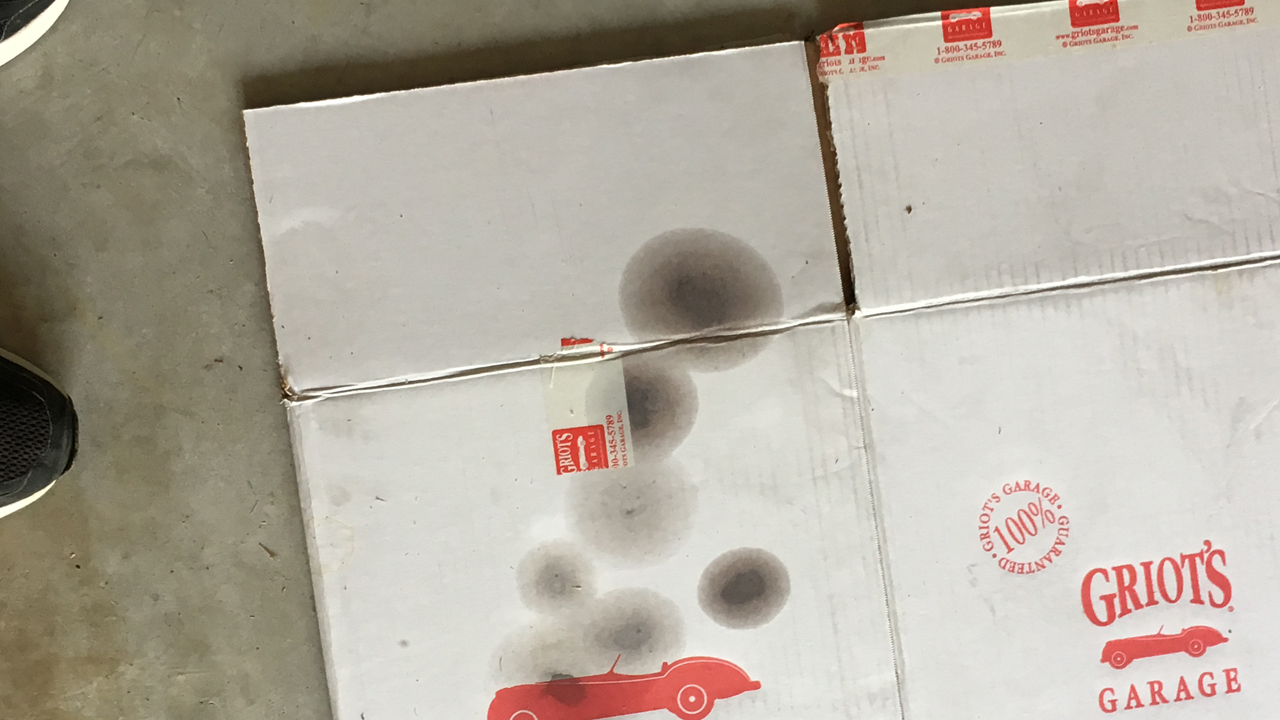 Like a giant panda, my car pees to mark its territory.  Except it doesn’t pee on trees.  It pees power steering fluid on the garage floor.

What are we, Canadians?  But yes, we both have power steering issues.  At least my car is nice enough to warn me before it totally fails.  It hasn’t totally failed yet, but we may have to buy a replacement kit from FCP Euro.

Isn’t that the VW Bros’TM company?

Yes.  If we do buy it from them, I’ll make sure to put their faces on it.  I still have a bunch of stickers from the Glen. 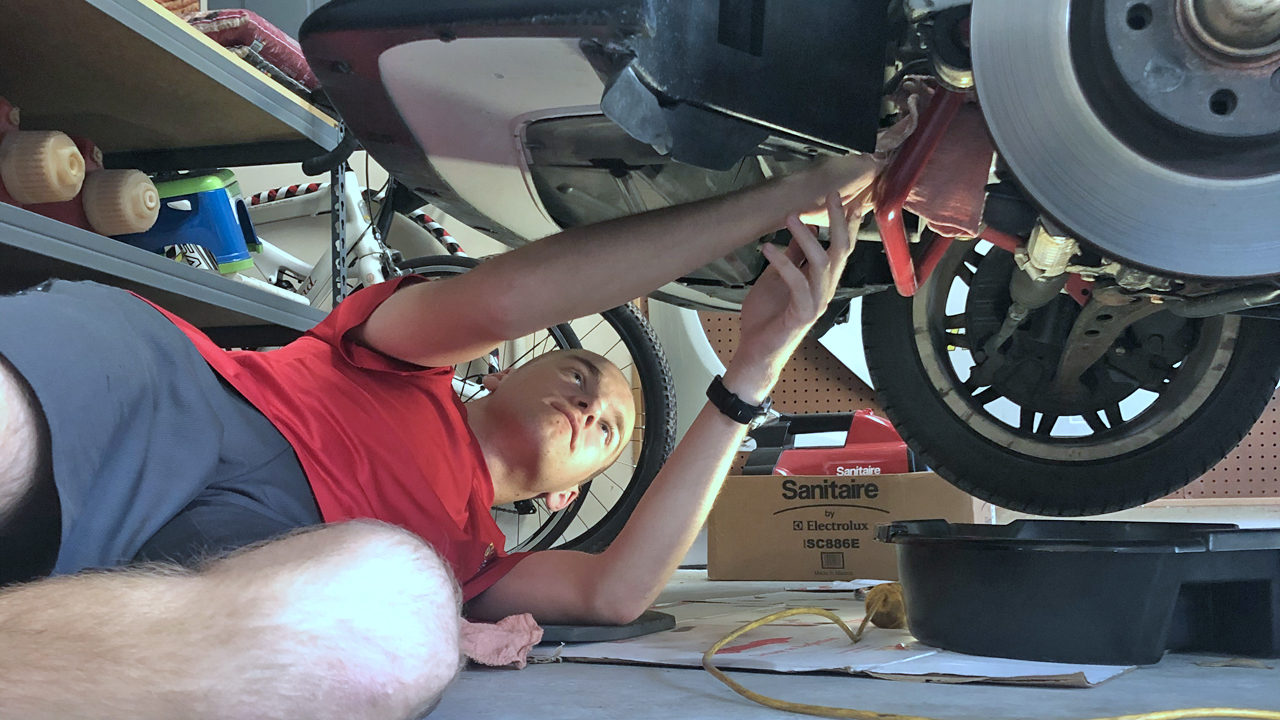 Did you watch the race even after the incident?

Of course I did.  I didn’t want to miss an opportunity to see the YouTube closed captioning screw up everyone’s names.  I never thought that I would see “Christian Colon and Brian Butt battling for the lead,” but I did.

This is a lame newsletter.

I know.  I’m literally having to write about nothing.  Now we’ll transition to season-recap mode, since we’ve done all the Vegas analysis we can possibly do.

Why does The Ginger always seem to be so far out in front?

“Mason Filippi gets a great jump on the field!  They’re probably reviewing that in race control right now.”  Because he almost, maybe, sort of, not-quite-punishably jumps the green at each race start.  Go back and watch the races from this season.  It happens more than you think.

No. But for his sake, I hope he doesn’t do that at traffic lights. 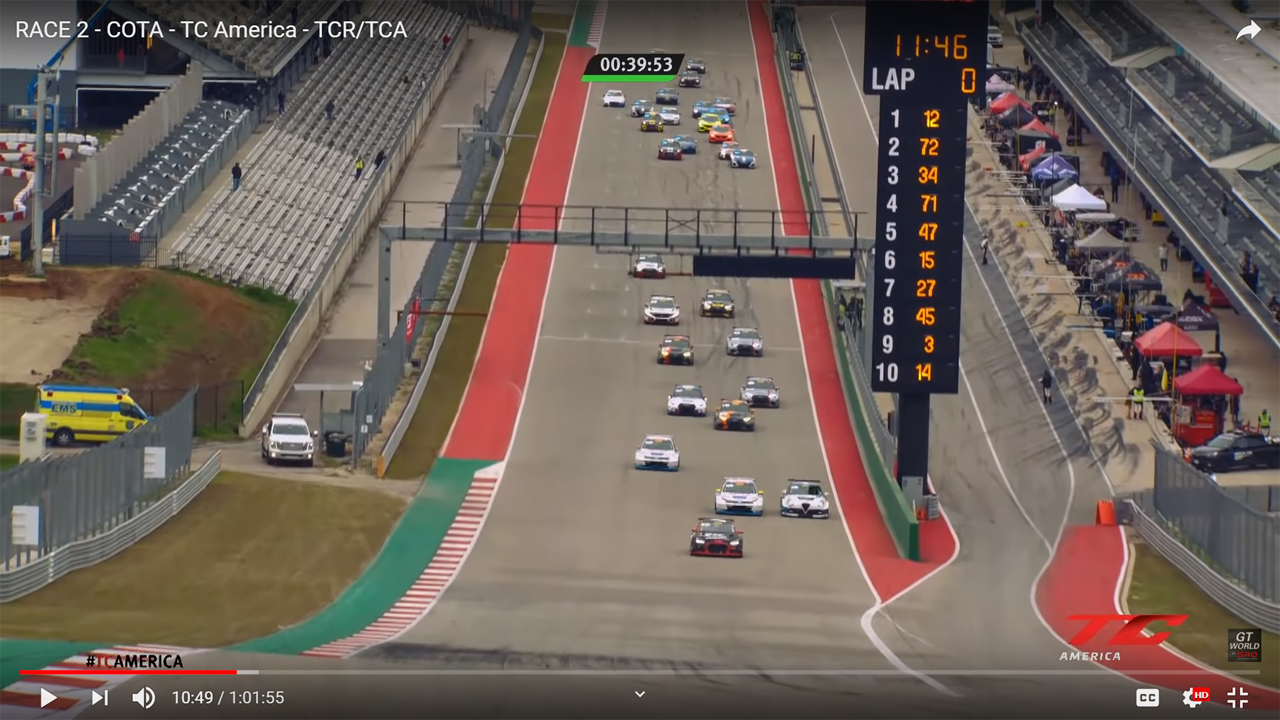 That’s a nice little cushion you got there.

Is there anything else that happens at every race? 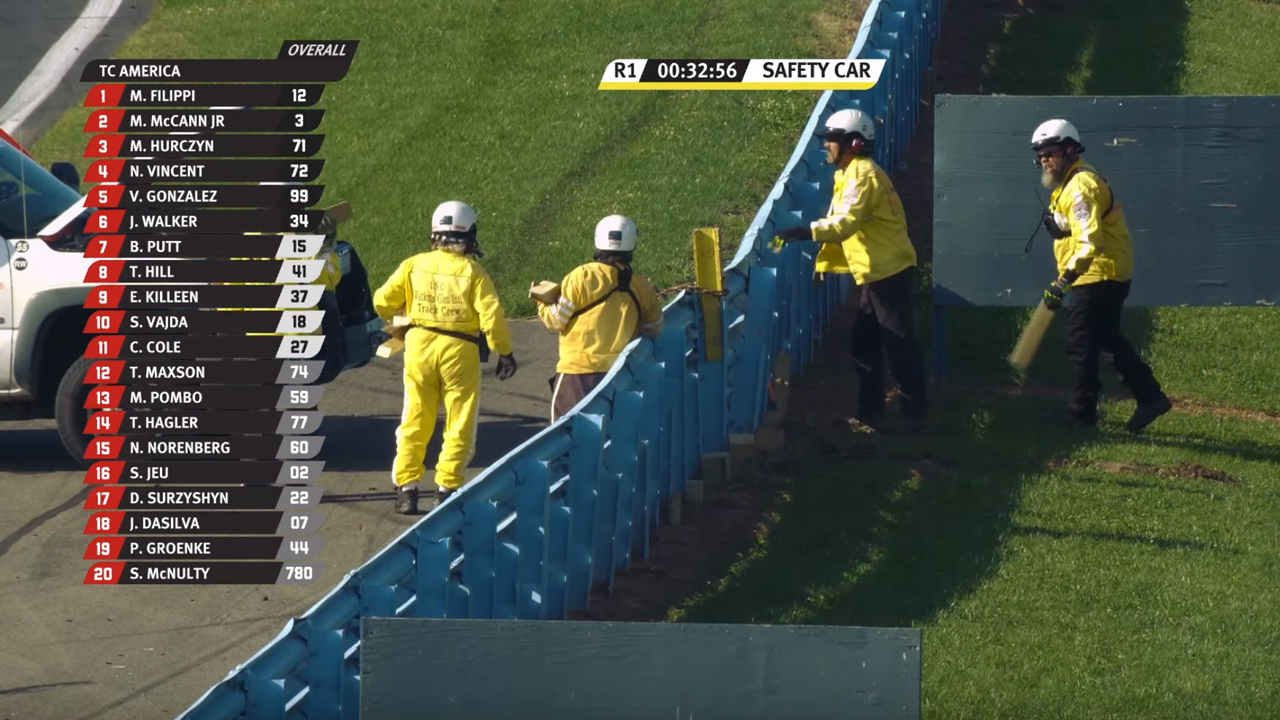 Any final, inspirational thoughts on the season?

When you look at this year as a whole, it’s been a great example of…

Ok, fine.  Nothing good has happened since the first race in St. Petersburg.  But the Law of Large Numbers states that Risi’s win total should have some serious regression to the mean next year.

It means we better start winning some freaking races.  I’m sure the team is getting champagne withdrawal.  But next season will be a fresh start, and then it’ll be like this season never happened.  Which, really, is a good thing.  Crashes aren’t any fun.  Neither are broken power steering systems, CV joints, wings, front bumpers, collarbones, brake lights, Subarus…. 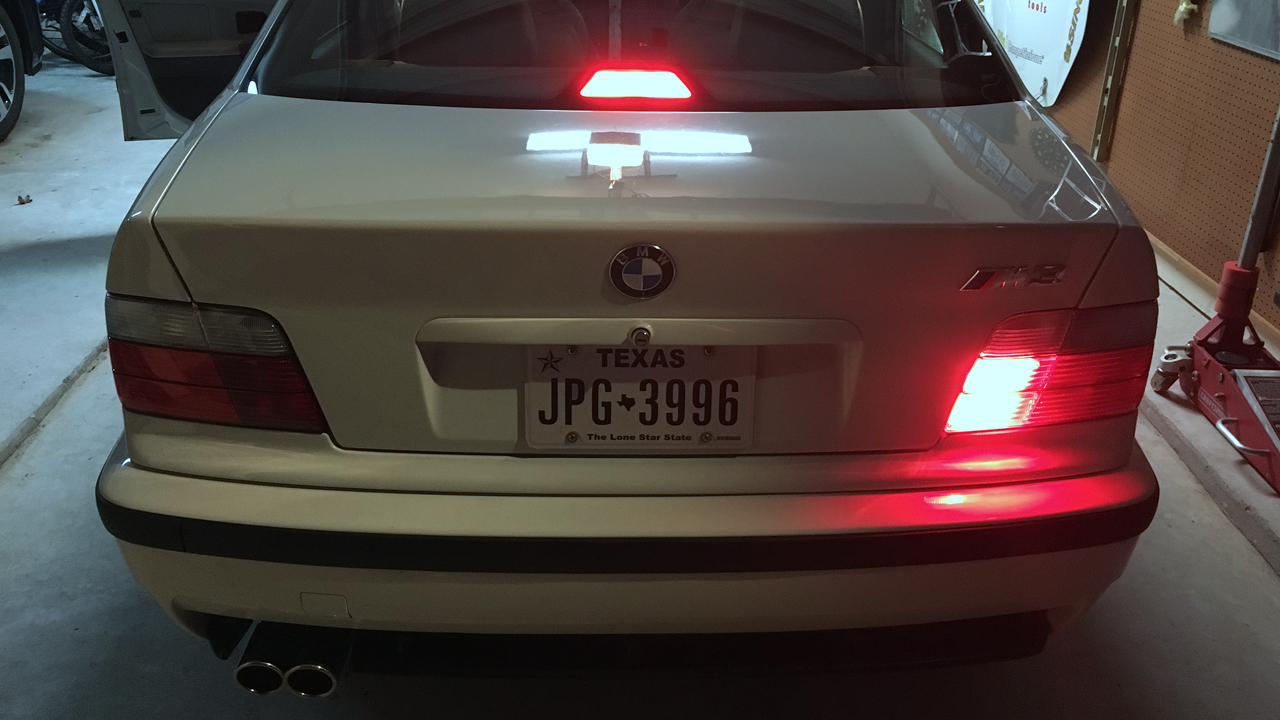 It’s trying to wink at the VW that parks behind me.

One last thing…I think you missed some of the sponsors last time.

OK, BE +hat way.  It’s now time to PAGID in and fly back to Houston, where the expert mechanics in the laB WIll fix the little Alfa up and get it ready for next year.  It’s time to pull victory out of the jAWS of defeat that have been closed around the Giulietta this year.

This is too much creativity for me to handle right now.

And then God sPAKE, “LO, let James finally have some of that elusive racing luck!”

That’s two broken microphones in the past two newsletters?

In the racing world, that’s a relatively minor expense.

See you at the Ferrari of Houston repair shop!