When we last checked in, our season-ending Homestead performance put us in third place in the 2017 North American Ferrari Challenge, stateside edition.  This was in spite of the fact that we had missed the entire two-race Ferrari Challenge round at Mosport earlier in the season.  As expected, the drivers occupying positions 1, 2, 4, 5, and 7 in the championship chase all headed over to Italy last month for the season finale at Mugello.  Looking back, not going to the “Finali” was a decision I don’t entirely regret, but to be honest it just wasn’t the same watching the event play out on the screen of my iPhone.

When the Italian dust had settled, Joe Rubbo from North America (the poor guy I smacked in the door during our last race at Homestead) won the final two rounds of the 2017 North American championship, and as such earned the title of 2017 North American Champion.  He backed up his performance on day three, winning the Finali Mondiali (translated for Americans: World Finals) as well, taking home what I suspect was a trophy big enough that it would not fit in his carry-on luggage.  Congrats, Joe, on a job well done! 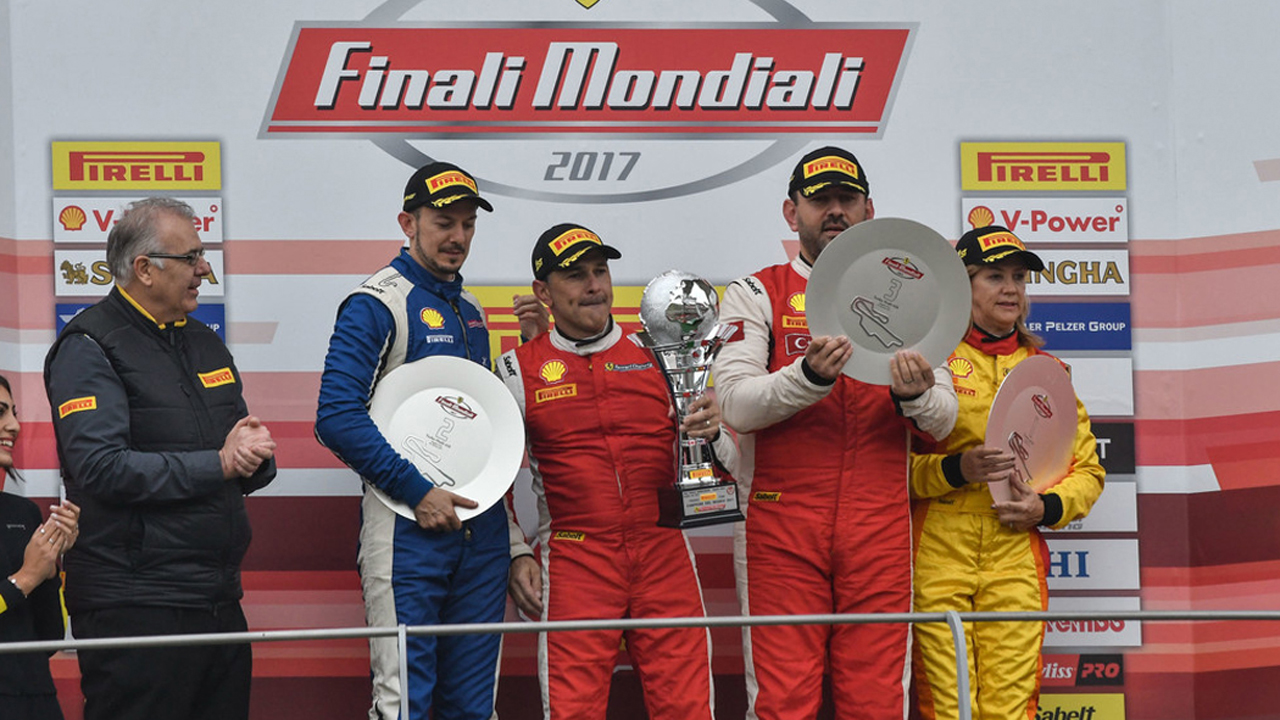 Joe Rubbo (center) got a trophy, everyone else got…dinnerware.

So, other than the fourth-place overall finish in the championship, how did we stack up?  The numbers tell a large part of the story.  First, the stats that allow us to realize the glass is really half full:

Naturally, there are stats that make a compelling argument that the glass might have been half empty: 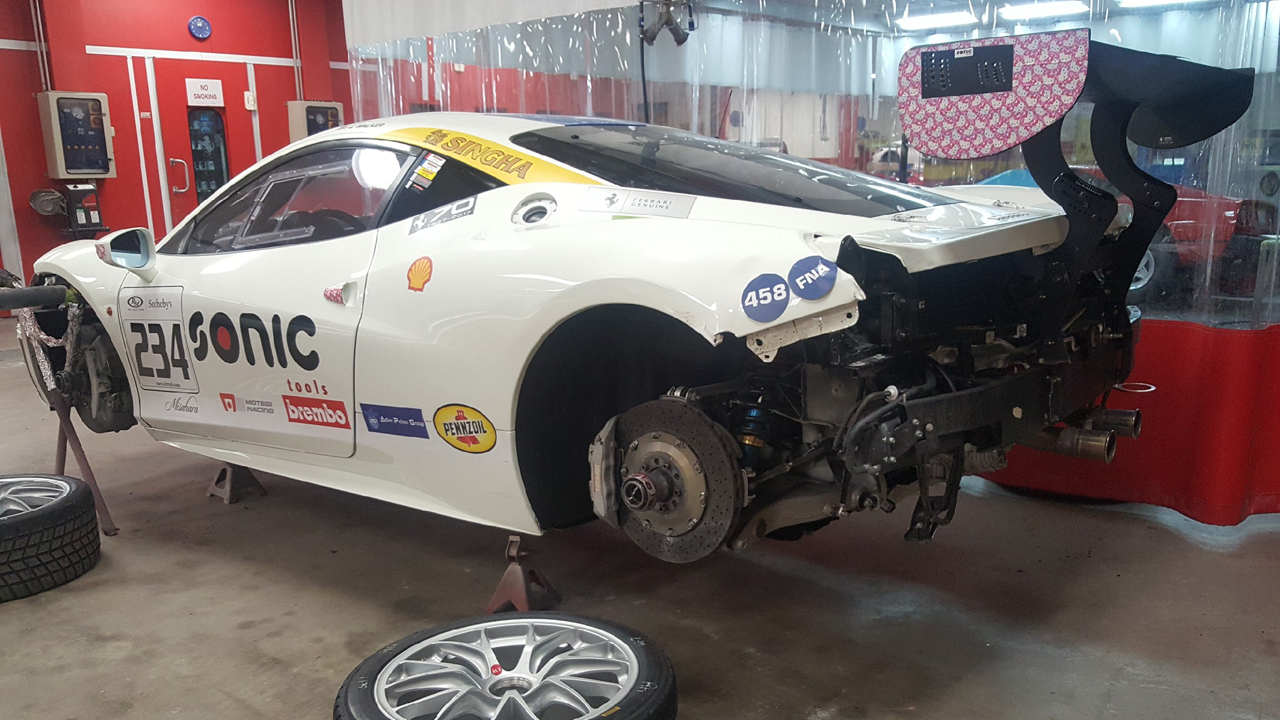 The off-season repairs are underway – and this is the GOOD side of the car!

Slightly modified and updated since the Homestead newsletter:

“But, truthfully, nobody really celebrates finishing third fourth.  Especially me.  So plans are already being formulated for next season.  Because we have unfinished business.  And we’re not done having fun.”

At this moment, the plan is to put the racecar back to good health, repaint much of the exterior, refresh the mechanical bits, and enter the 2018 North American 458 Ferrari Challenge.  Unlike this past season, in 2018 the car will only be eligible for certain events on the calendar (Ferrari doesn’t want to give the “old” racecars too much exposure with their new 488 Challenge racecar now in full production).  Consequently, our tentative 2018 schedule should look something like this:

If you’re going to pick four tracks for an abbreviated season, that’s a darn good list.  Good on Ferrari! 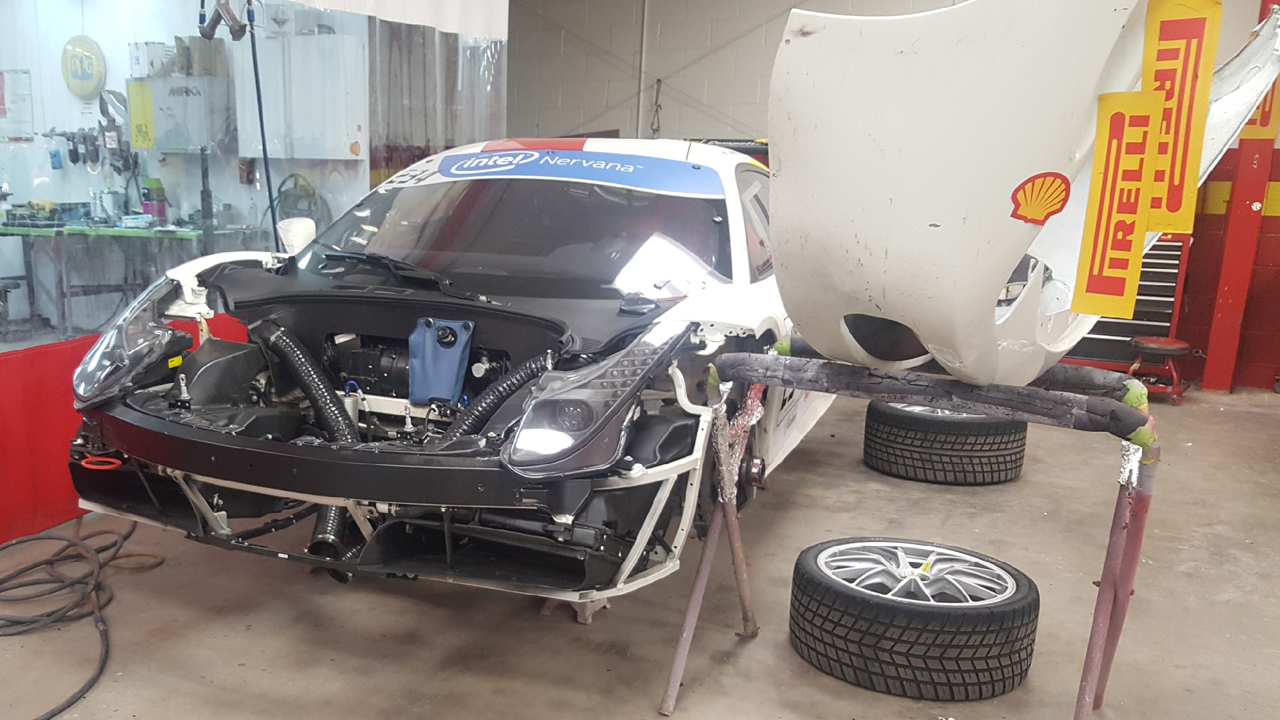 Yes, this series of photos make me cringe, too.

So, that’s all for 2017 (except the bill from the body shop which should arrive in mid-December).  Hopefully you enjoyed following this season from your computer screen as much as we did from behind the wheel, and if your schedule permits, please come out and join us at the track in 2018!

I really need to close this newsletter (and the 2017 season) with a final shout out to the entire team at Risi Competizione.  It was an honor and a privilege to race with them this year.  Our collective success was based so heavily on their ability to make sure that every time we fired up the car it was capable of winning the race, even if that’s not always exactly how it turned out.  They’re simply an unfair advantage that I can’t wait to exploit again next season. 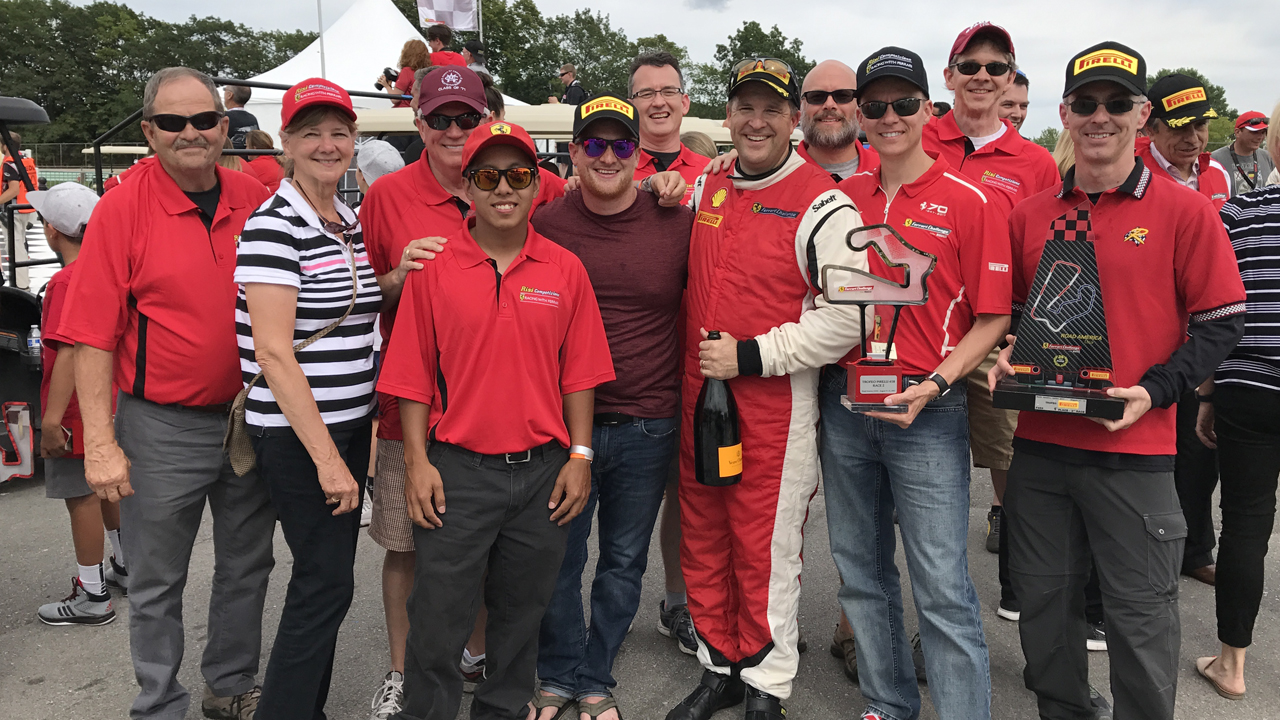