Here we go again…back by popular (?) demand, Zack has decided to craft his own scR newsletter, this time based on our exploits at VIR. If after reading you are intrigued and want to replay the races online, we finally have links for the broadcast. Just click below to relive the…well…challenges of the weekend.

In other news, our YouTube following has increased by 400% in the past week. Which means that we now have 13 subscribers! For a guy without a Facebook account or a Twitter feed, that’s an accomplishment. Click here to take an in-car lap around VIR, and stay tuned for more content as the season unfolds.

Yeah, I’ve been through the newsletter archive a few times. If that reference flew over your head, consider clicking on this link. See, PC isn’t the only one who makes mistakes. 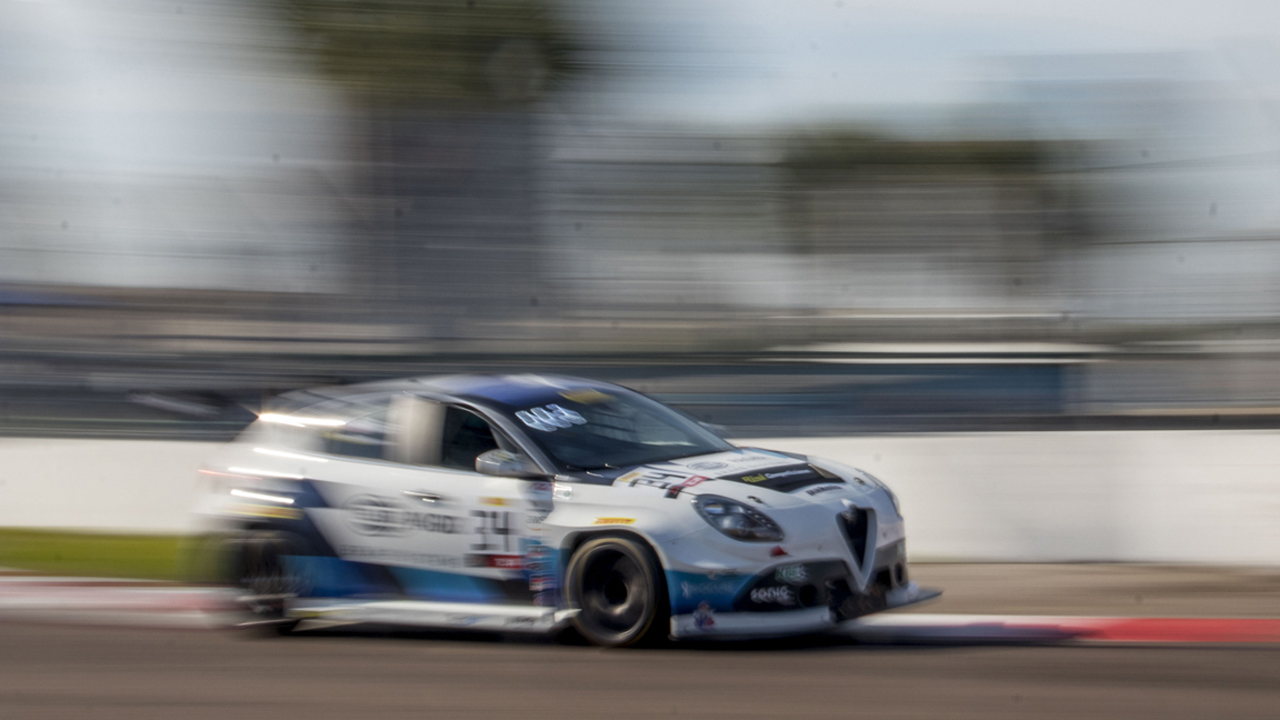 Since we haven’t heard from you since COTA, what was the fallout at home from the crash?

The biggest change is, whenever we drive by a concrete construction wall, a voice comes from the passenger seat: “Watch out for those concrete walls, Zack. They’re vicious.” To which I reply, “Yes, I know. Except I’m not chasing the VW Bros, so if I go the speed limit I should be fine.” To which he replies, “Hmmph,” and rubs his right shoulder. 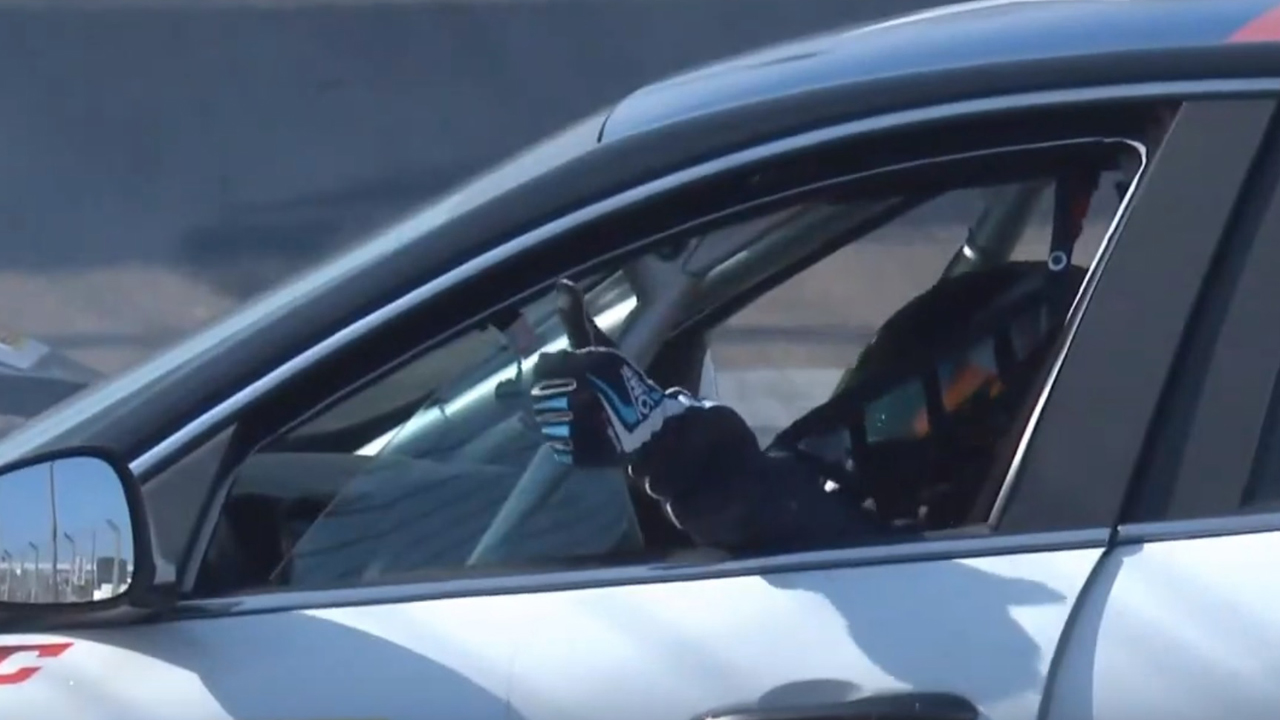 How is the shoulder?

We’ve had three broken collarbones in our house before this, so he had the option to wear the dinosaur sling that Ethan wore when he was five. He respectfully declined. However, the bone is mostly healed, the plate has given him fresh confidence, and the new car is well on its way to being properly adjusted to VW-Bro levels of competition. 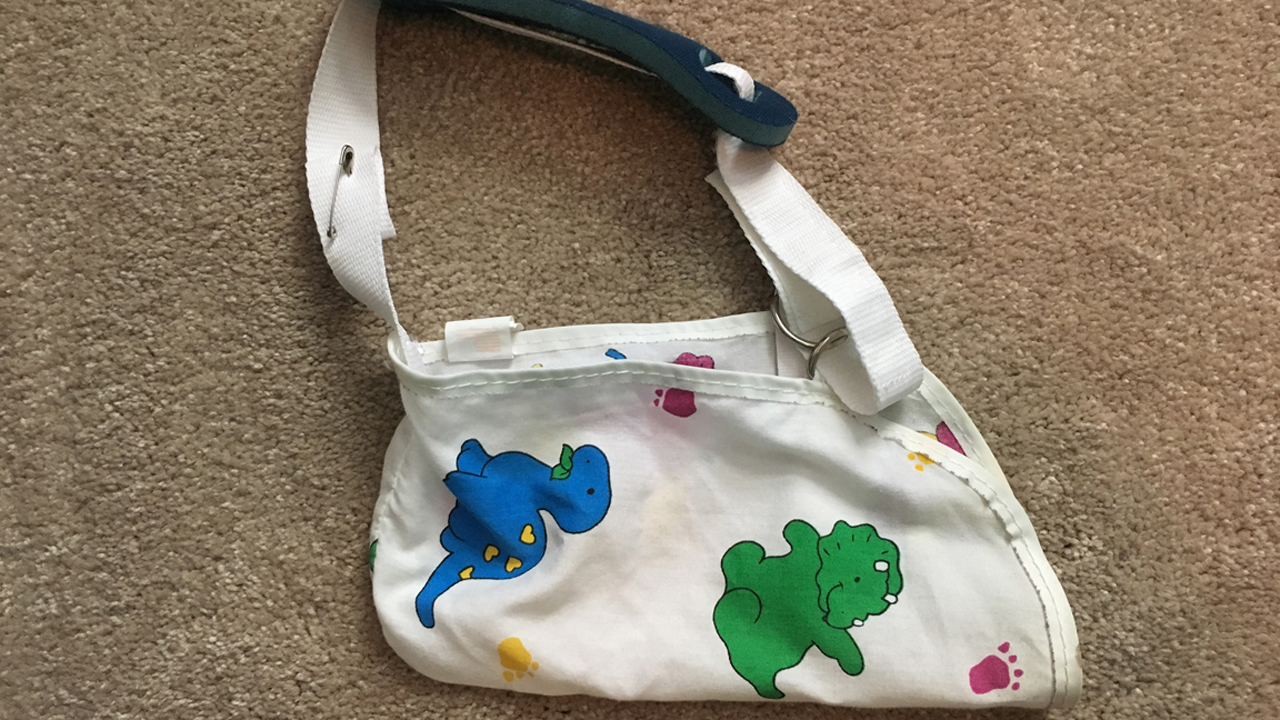 They would love this at the race shop, don’t you think?

And now, in honor of the new scR Motorsports YouTube page, let’s have a look at the comments section!

You’re clearly much smarter than Mr. Penta there. What’s your take on the race this weekend?

Sometimes, you just can’t get something right. Apparently, this was one of those weekends. They kept tinkering with the car, but couldn’t find the perfect balance of speed and…uh…more speed. The new car excuse is still holding up, as well as the fact that this was his first time running VIR. Obviously, it’s still mildly disappointing to not do as well as at COTA and at pre-wall St. Pete, but the season is still young. He didn’t get much camera time, but I’m sure all of you were cheering for him anyway, as we were. The most camera time he got was during his brief off-road impression of Lightning McQueen:

Oh well. We all have bad days. He texted me after the race and said, “This happens to adults sometimes.” To which I replied, “Well yeah, kids can’t drive.” He appreciated the support.

You weren’t at the race? Then why are you writing this?

Because of the first line. Maximum humor could only be achieved if I sent that line now. If I waited any more, it wouldn’t be as funny. I did watch the Sunday race, but on Saturday, I was trying to convince fifth-graders to clean up their trash and wash their dishes. Fun. I can’t wait to be a parent.

You were babysitting? Instead of watching your dad drive a race car?

No, I was on a Boy Scout camp out. But the differences aren’t as significant as you may think. When I got home on Sunday, I made sure to check Saturday’s results…..right after I checked to see who the Buffalo Bills drafted. I have my priorities. 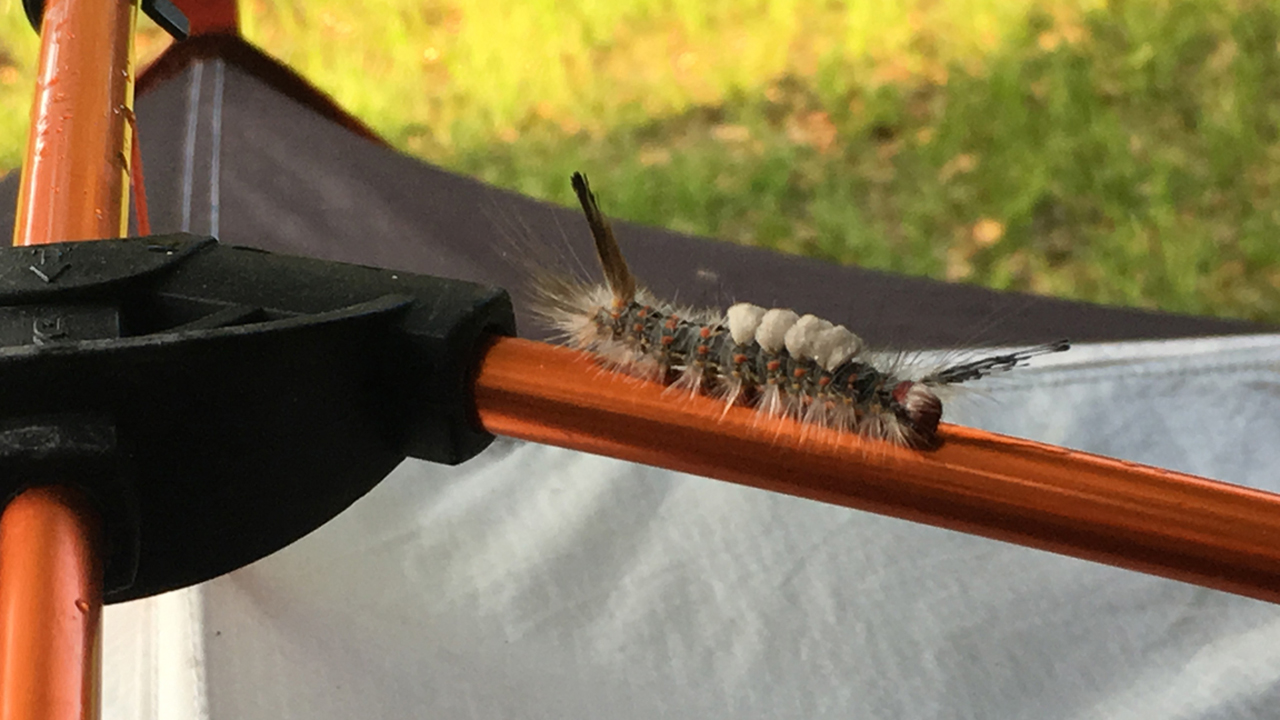 Next race, Risi will wipe away the competition like I wiped the hairy caterpillar of death off my tent. If anyone asks, I did not say it was ok to touch one of these.

How is it going for our good friends up front?

The VW Bros? Fun fact: our star driver watches their race videos on YouTube. So, VW Bros, if you’re reading this, be careful where your cameras point. For the first time in four races, the winner was not one of them. They won on Saturday, though, so the world still spins on as usual. The spirit of the first-place Hyundai Veloster from COTA lives on in Britt Casey Jr., who won on Sunday in his Audi. Speaking of the Veloster (I always wondered what Velosters were good for), where has he been? Did he get lost in Radiator Springs or someplace like that? 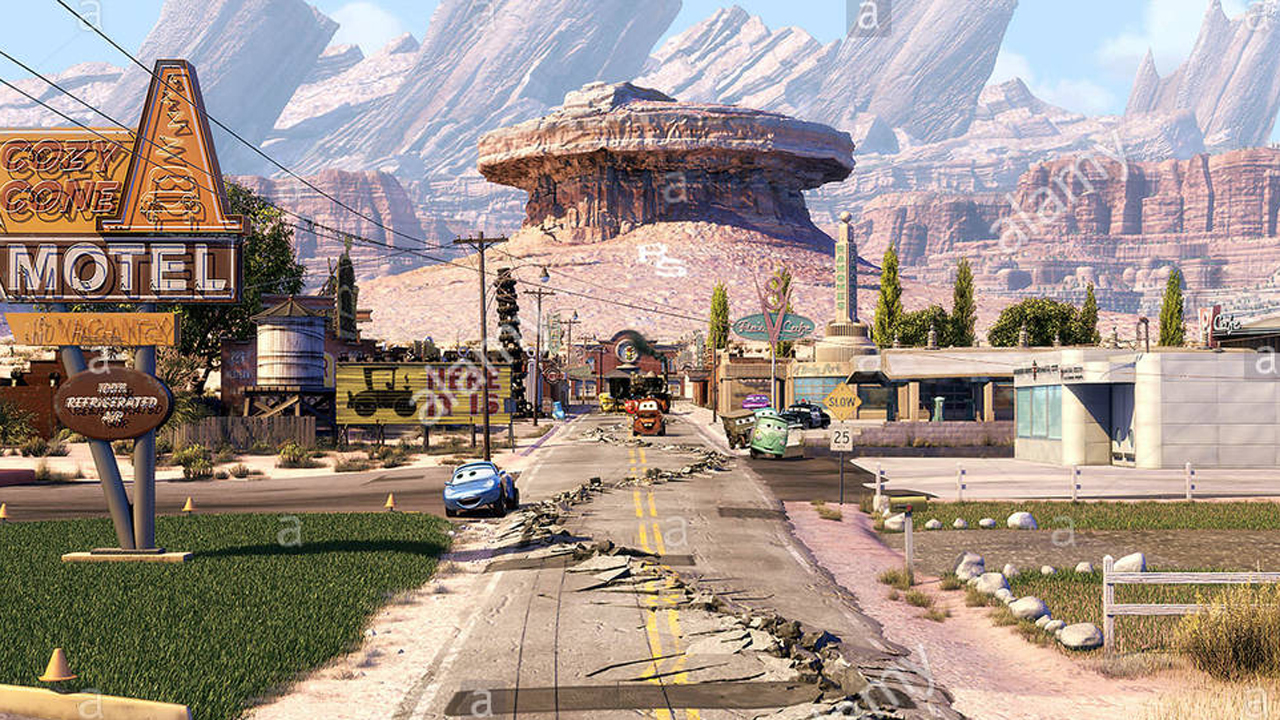 Were there any cool things that happened on Sunday? Like….crashes?

You’re not one of those people who watch racing for the crashes, are you? No? Good. There were, actually. The result of one of them is shown below. He finished the last three laps of the race like that! With his trunk fully open! Cooooool. 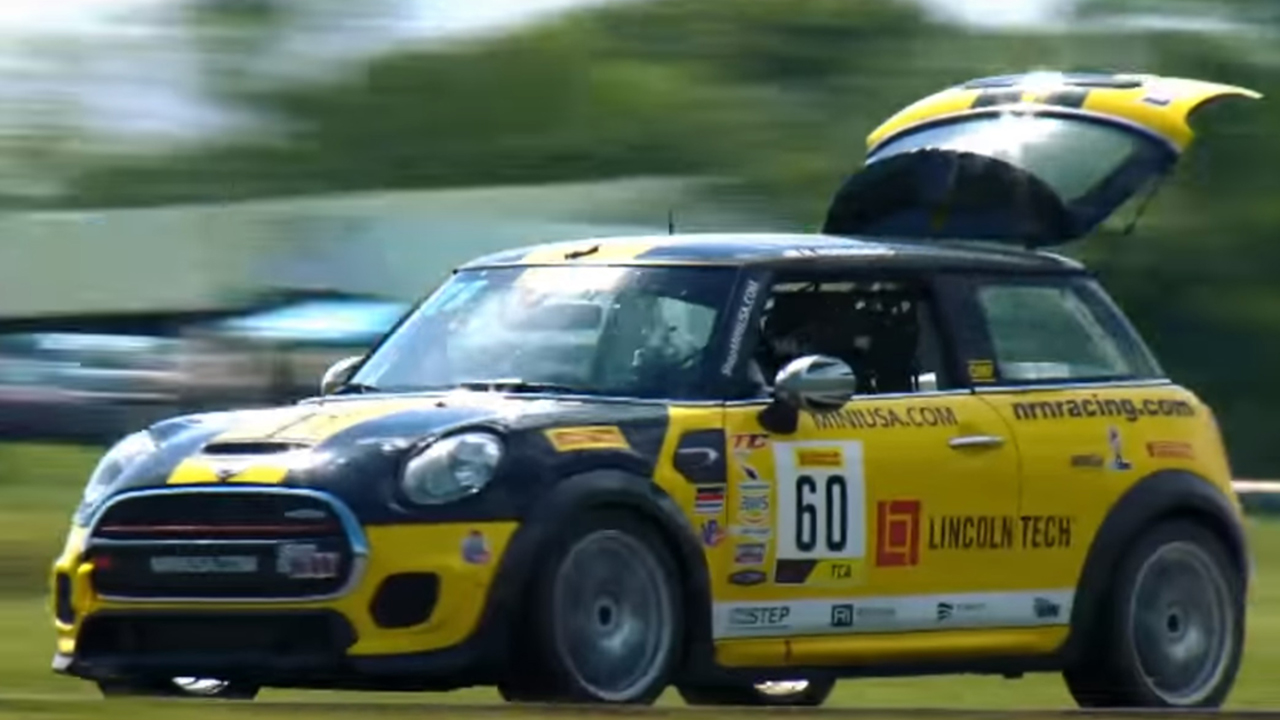 I’m going to do this with the minivan next week. (Dad edit: No. No you’re not.)

Also, the TCR Cup cars engaged in some butt-bumping (or should I say Putt-bumping?).

What’s with all the Cars movie references?

I watched it last weekend with my three-year-old cousins. Also, it was the only movie I ever watched until I was ten years old or so. So, I have it mostly memorized.

Have you met my dad? You have no idea how young he started me with cars. 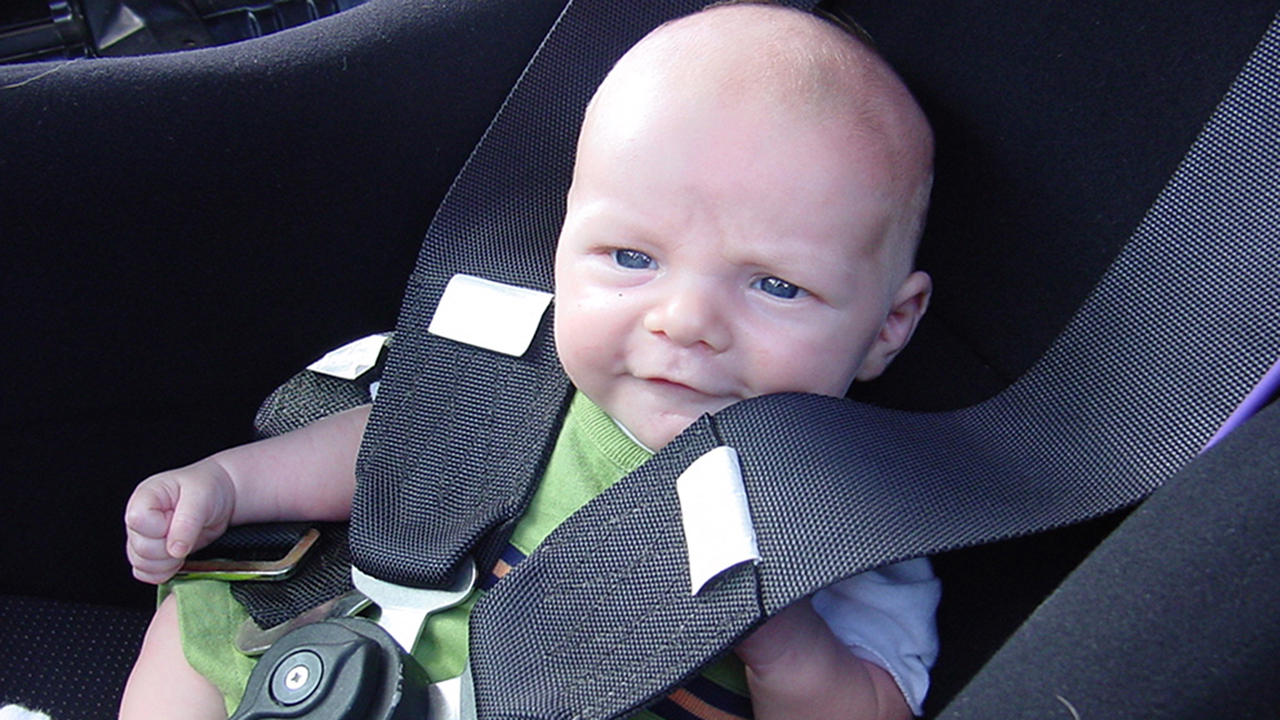 Sonoma. In California. In June. Which I will unfortunately not be attending, since I’ll be trying to convince fifth-graders to clean up their trash and wash their dishes.

No, I’m working at a church camp. But the differences aren’t as significant as you may think. The car will be in top shape by then, and so will the driver. The VW Bros aren’t unbeatable. At least, I suspect they aren’t. I can feel that the team is overdue for some success. I can smell our first win coming soon. I can hear it echoing in my head…“And now, the champagne!”