Greetings from the streets of St. Petersburg!  We are off to a fantastic start.  On Friday we managed to climb to the top of the leaderboard.  Qualifying tomorrow will be a new challenge, but we are finally coming to grips with the car and learning the subtle nuances of surviving on a street course (as in, don’t hit the concrete walls).  For those of you that want to tune in to watch at 5:25 PM Eastern, the link can be found on this page here. 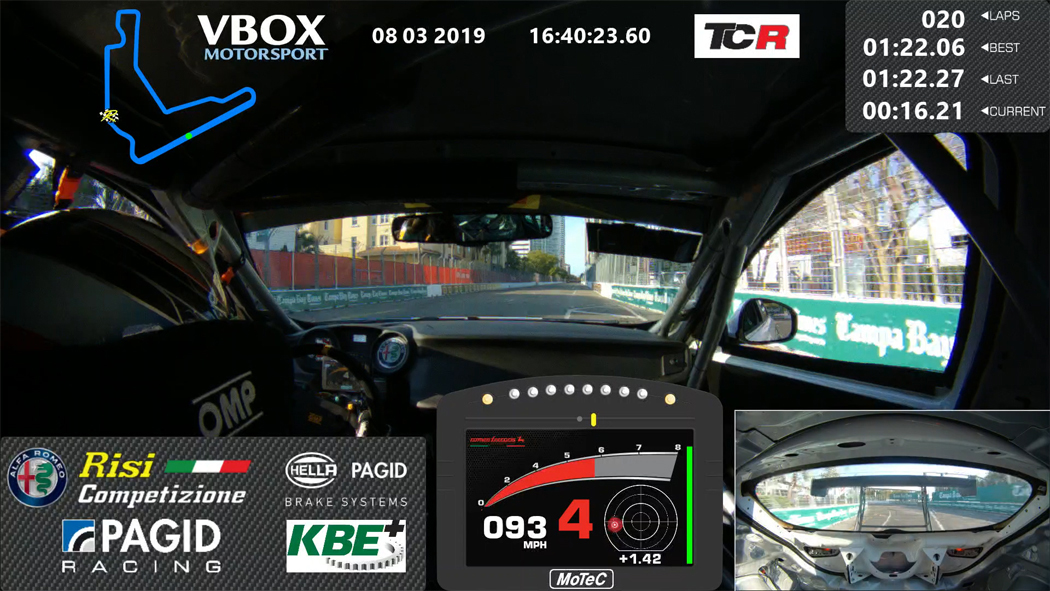 And just when you thought it couldn’t get any better…completely without encouragement or permission, my son Zachary decided to write his own COTA newsletter.  I suppose I should be a proud parent and all, but I wonder where the thinly-veiled sarcasm and dry sense of humor comes from?  I’m not sure if this reflects well on my parenting or not, but there it is.

So, if you have five minutes to spare, please sit back and see how the world of TCR looked through the eyes of my 16-year-old son last weekend.  His filter might be slightly different from yours (and mine)…but then again, maybe not.  Enjoy, and hope that you can tune in tomorrow!

And now here’s another piece of art from the guy who keeps the driver’s ego in check.

Hello, race fans, crew members, friends and relatives of all those people, and the driver! It’s time for a new incarnation of scR motorsports, this time in an Alfa Romeo Giulietta.  Ready, set, greengreengreengreen!  And a spinout on the pace lap!

Yeah, a spinout on the pace lap. In his defense, the tires were cold. 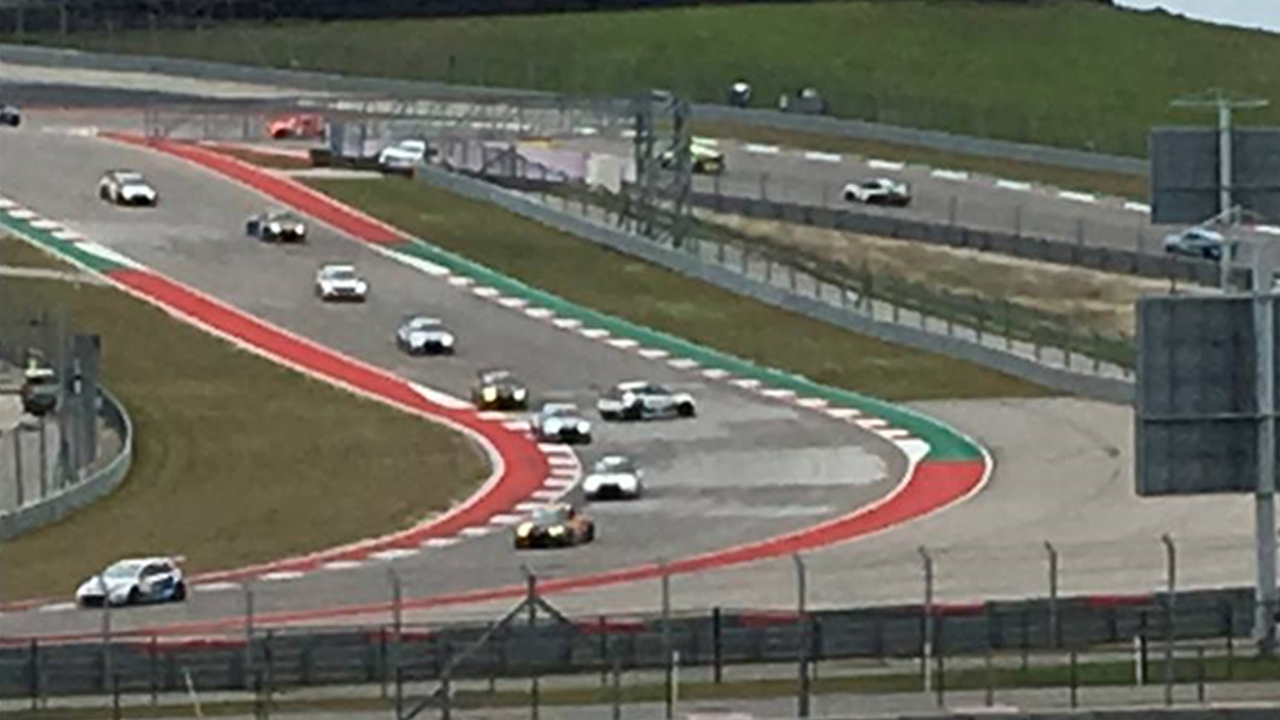 You have no idea how quickly I whipped out my phone to take this one.

Yeah, summer normally starts about three weeks ago.  But these photos should tell you all you need to know about the weather. 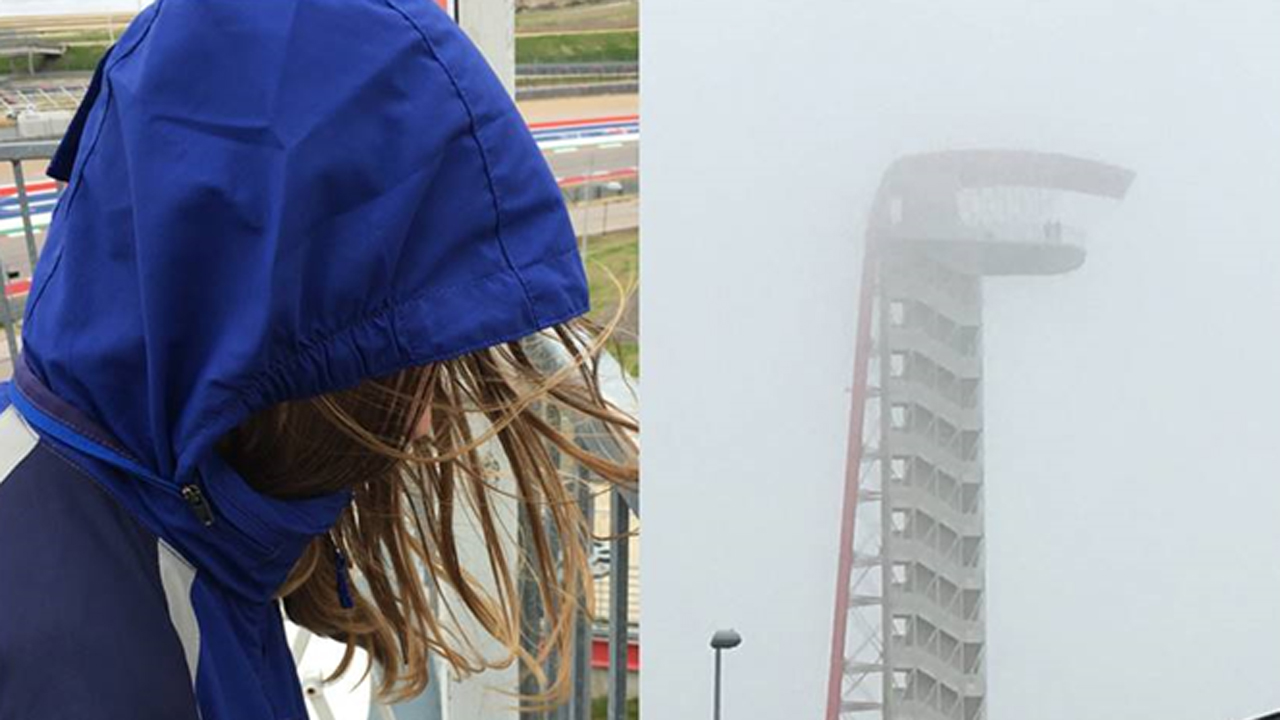 Bad hair day for both Shelby and the Mullet Snake.

So the first two turns didn’t go as planned.  Big deal.  Turns out it’s difficult to drive a race car at the top of your game when it arrived from Italy about, oh, six days before the first practice session.  But there’s a Texas flag on the roof, a menacing HK sticker on the dash, and seven more weekends to convince ourselves that our precious JWJr is indeed a semi-pro race car driver.  He’d prefer full-pro, but Uncle Pat disagrees.  Let’s start at the beginning. 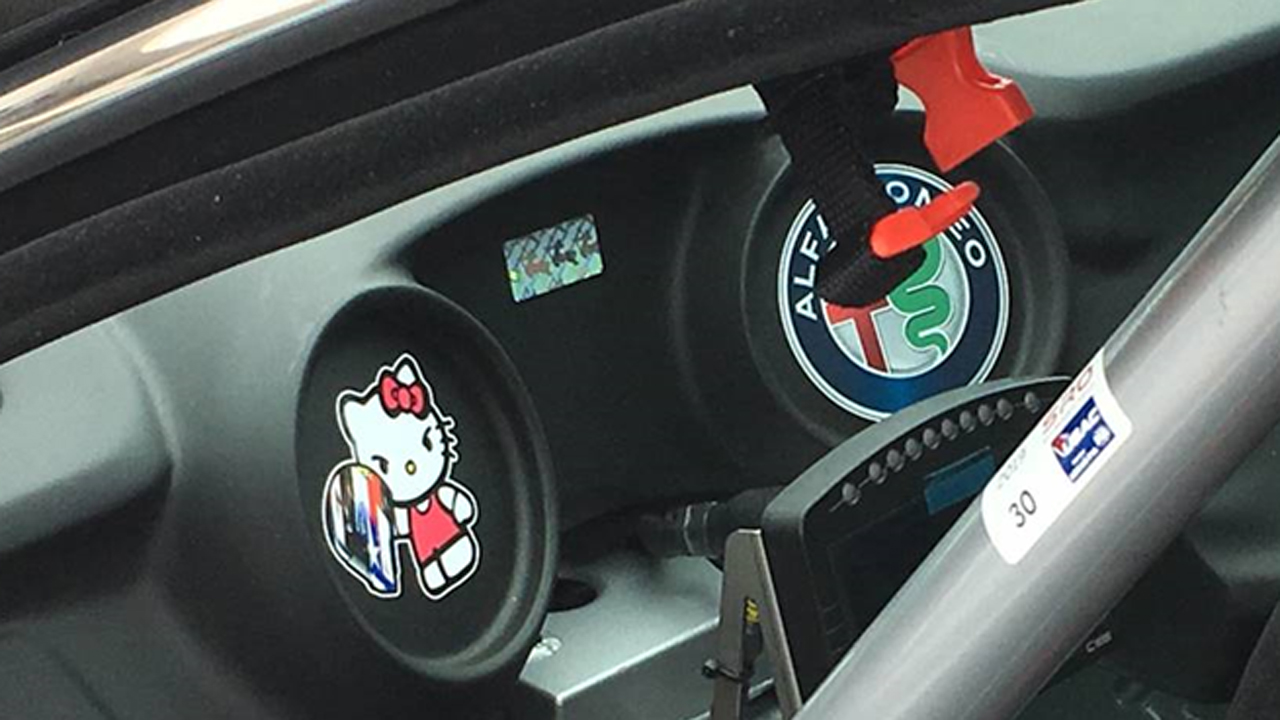 So, what’s different from Ferrari Challenge?

Blancpain GT Pirelli World Challenge Touring Car America TCA/TCR (I’ll eventually figure out the official name) is a full/semi-pro racing series, sanctioned by SRO, with three classes on track at the same time as the #34 Alfa.  We were competing in the TCR class, the fastest group, with four other drivers.  On track, there’s a much wider diversity of entrants than FC.  As in, they aren’t all the exact same car. 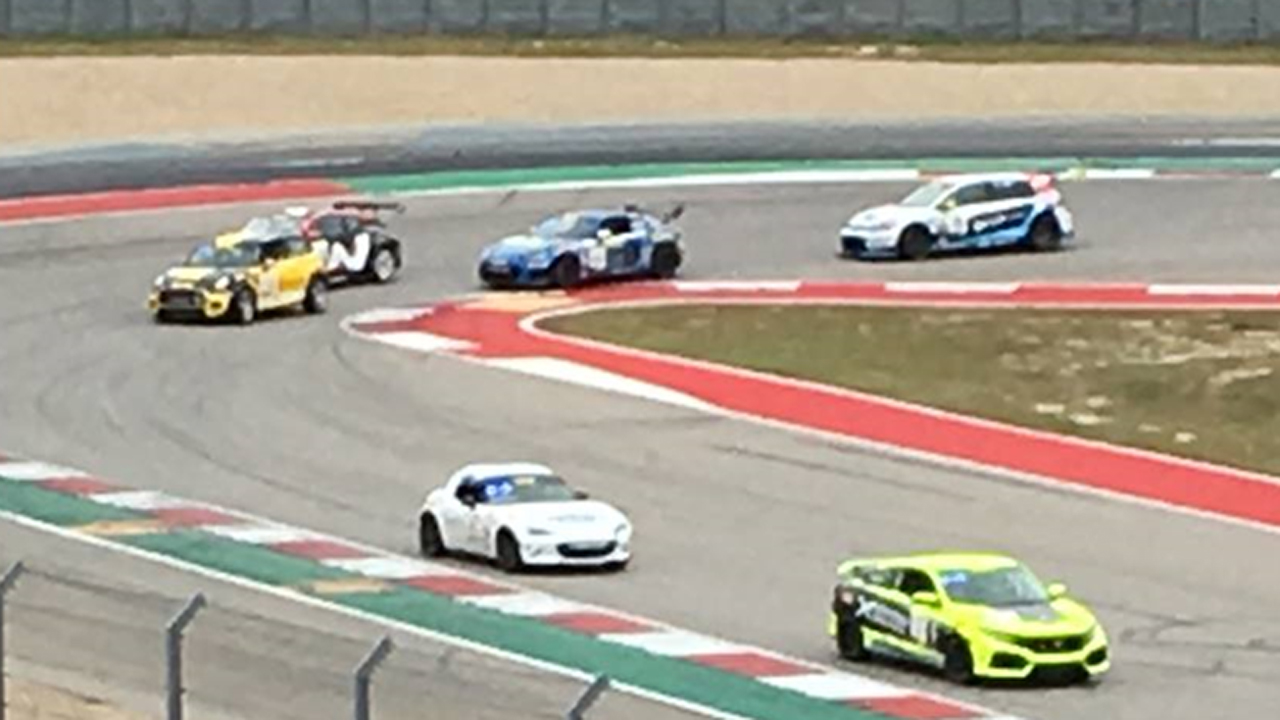 A Miata, a Veloster, a Civic, a Mini Cooper, a VW, and an Audi walk into a bar……

And Risi still likes seeing their own name on stuff, apparently. That hasn’t changed. 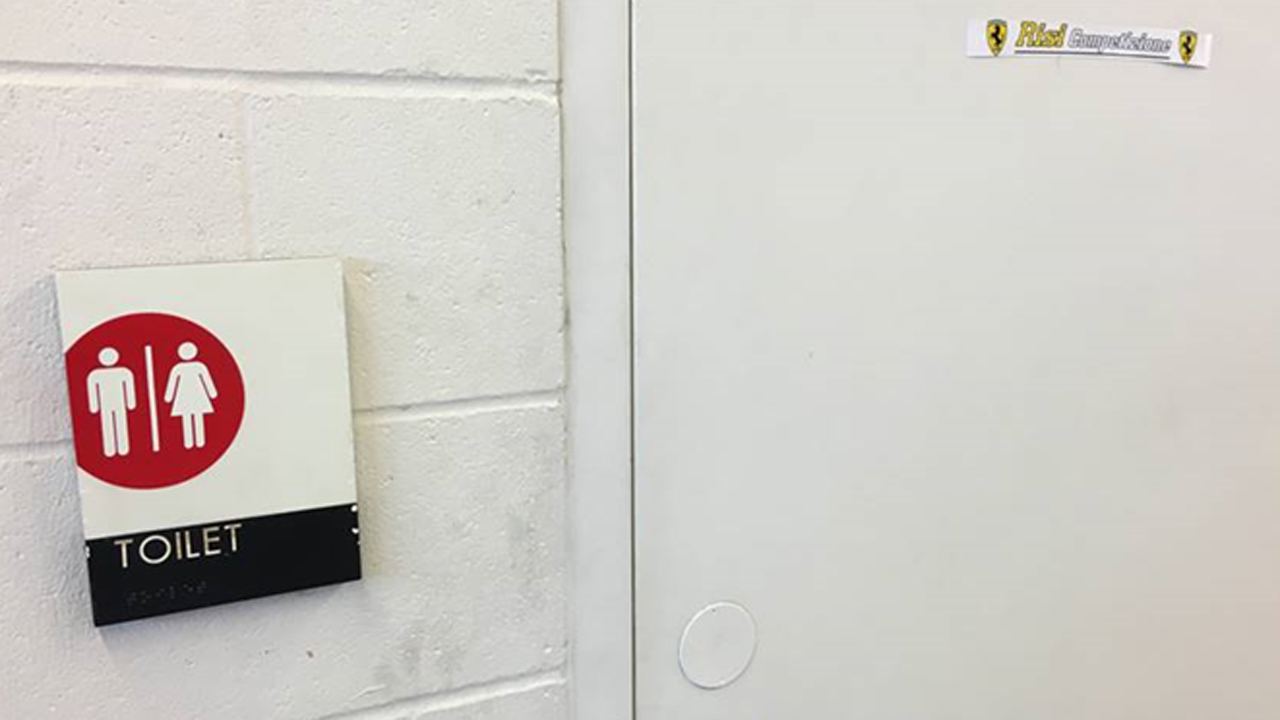 Is there a clutch pedal on the toilet?

In addition to the ChumpCar-esque looking test of the field, we have the Alfa Romeo of James Walker, Jr. running with the Risi “Com-pezz-tioney” team.  I suppose the announcer will learn how to say it by the end of the season.  He’s the only Alfa on track, identifiable by the triangle on the front and the Texas flag on the roof.  And the announcers think his car is beautiful. 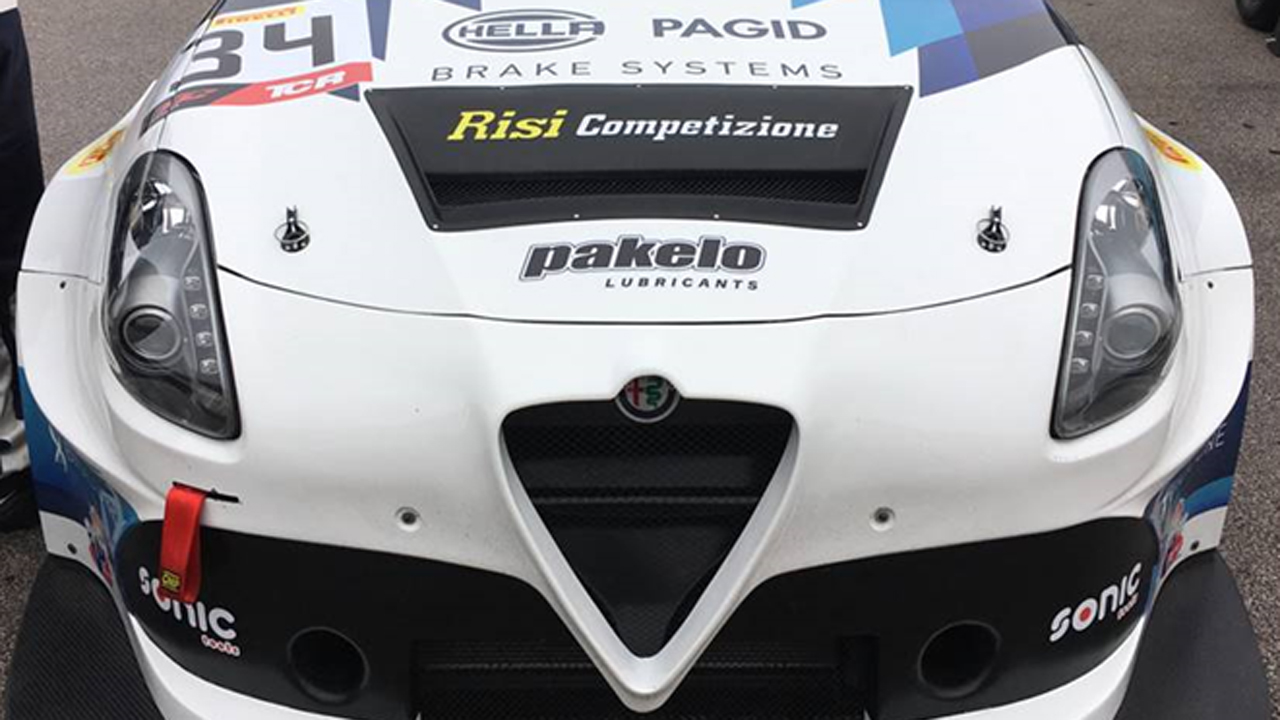 How did the first race in the new car go?

Then he figured out how to drive the darn thing.

He passed several cars, but none in class. A fourth-place finish in class was the result, but he was clearly learning. The future is bright.

So who’s the competition this year?

We have a Hyundai Veloster, a Civic Type R, and the two identical twin VWs. Who were kind enough at the autograph session to kick off the smack talk. 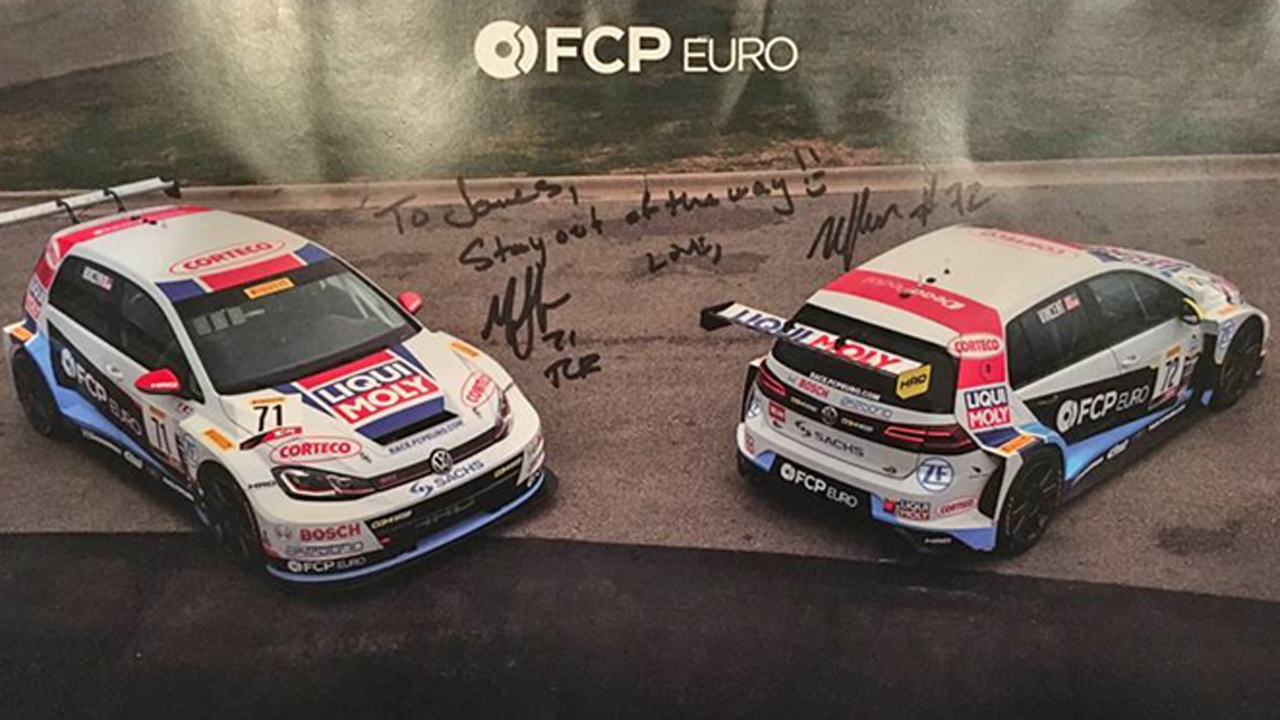 Well, he never was in the way this weekend. Except when he spun. But they’ll be in the rear view mirror before too long.

Are there any cool Italian-sounding last names? Like Piovanetti? Or Ferraro? 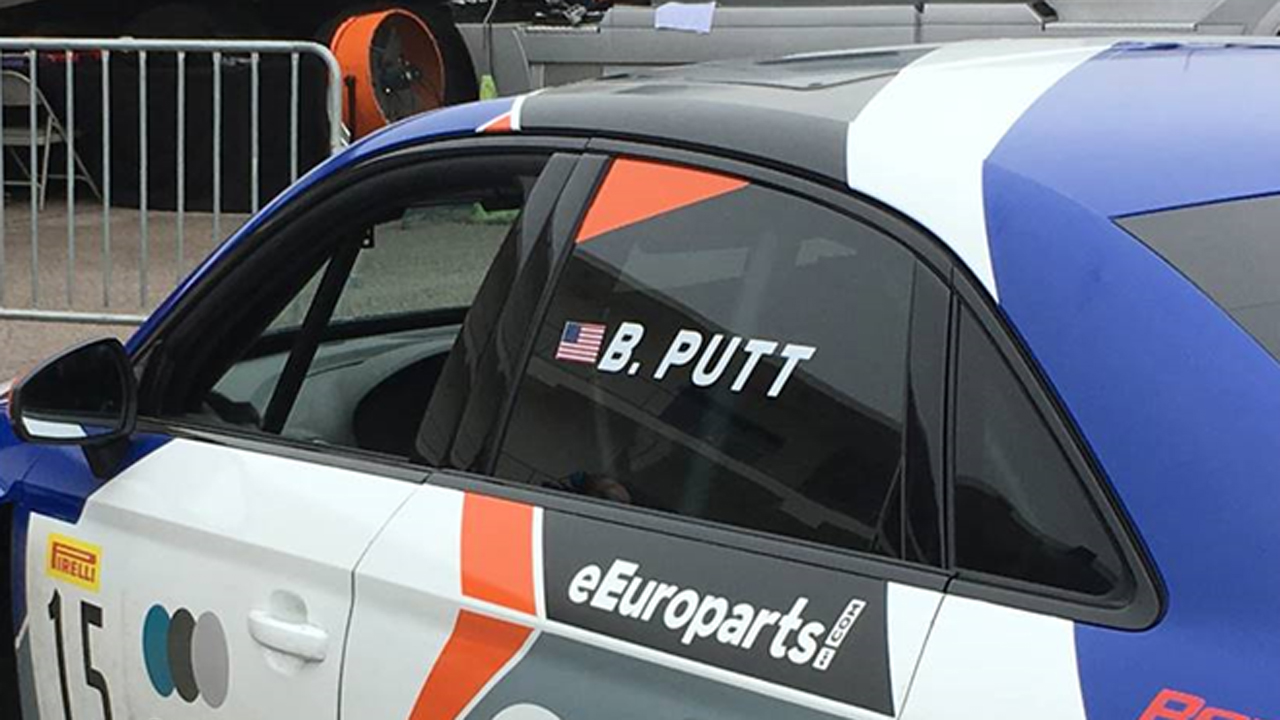 The rest of the field isn’t in direct competition with us, but they are arguably more interesting to watch than Ferrari Challenge. As stated above, on track at one time there is an Alfa, seven Audis, five Subarus, six Hondas, two Minis, one Hyundai, two Mazdas, a partridge in a pear tree, and the VW Bros.  Nearly every color of car is on track at the same time. All that’s missing is a Chia Neon (nice obscure ChumpCar/LeMons reference, Zack!  -JWJr) and my mom’s minivan. 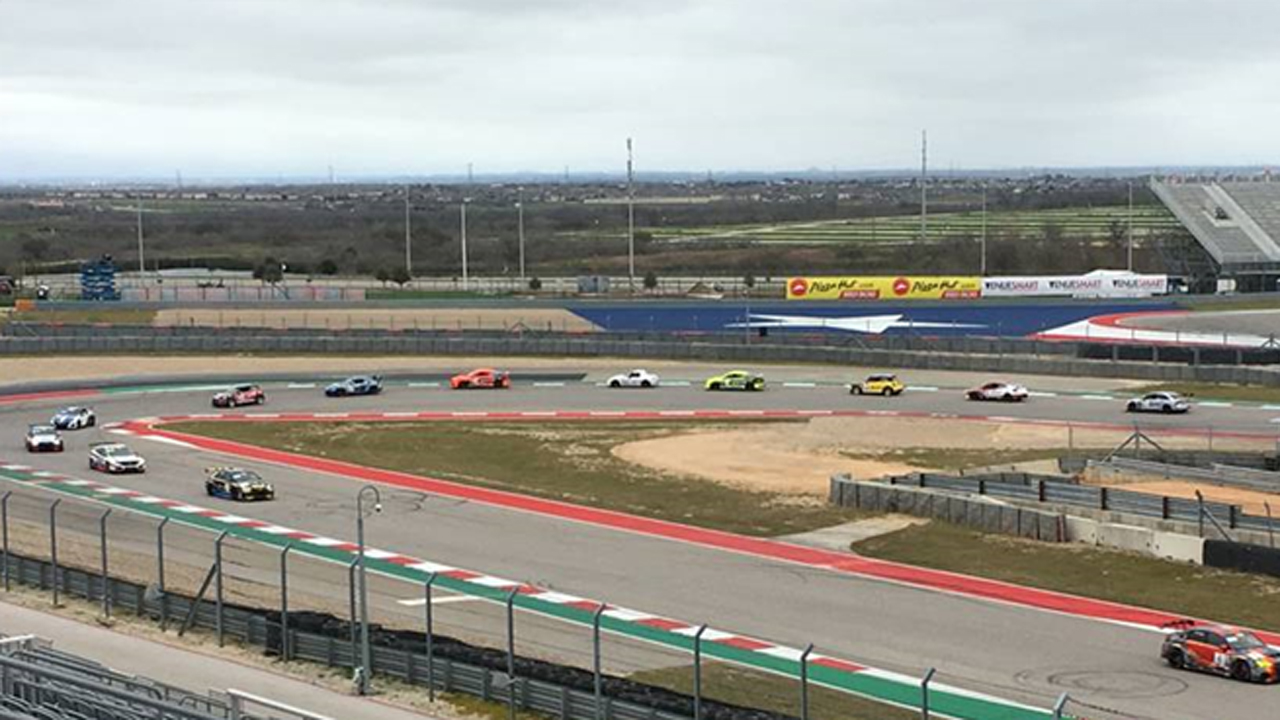 But the Nutter Butters in the trailer are alive and well.

Also, we have Flying Lizard Motorsports AND a lizard-mobile, and they’re not even on the same team. 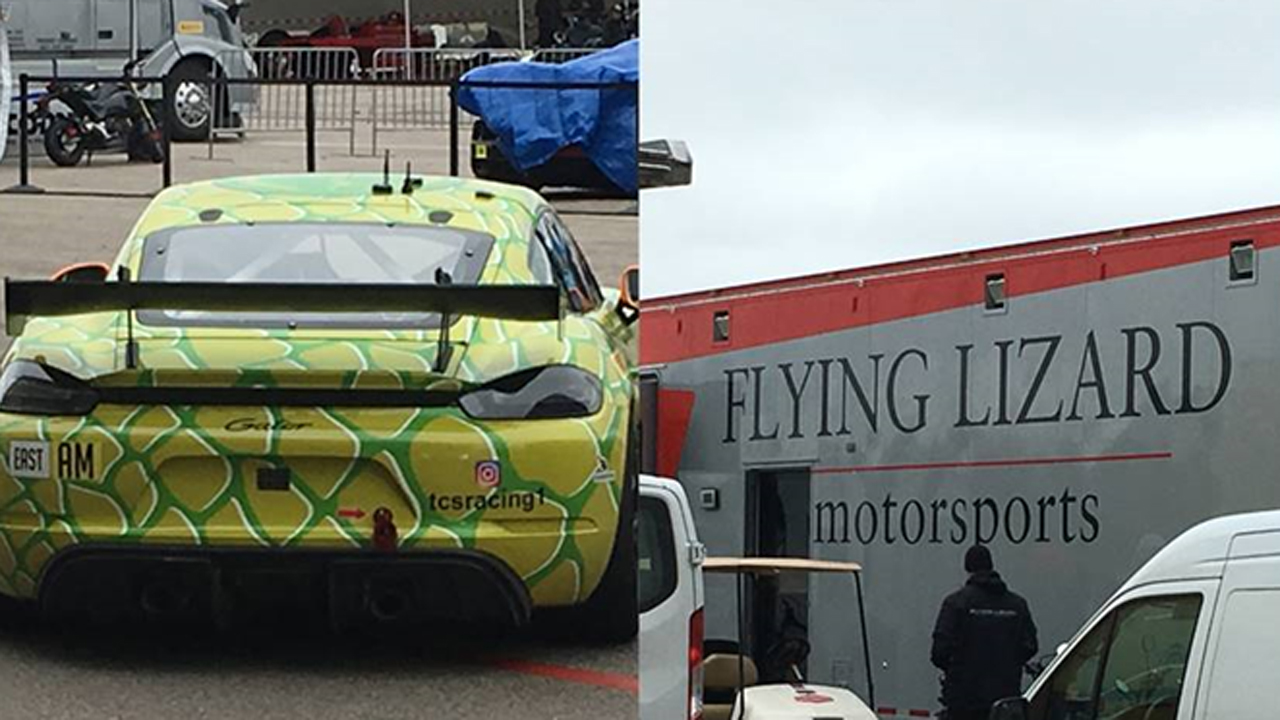 Hang on…you said there was an autograph session?

That’s right. Hero cards!!!  Young fans love getting stuff signed, even if they have no idea who he is.  And he had fun, even though he’s not completely comfortable with the whole “having fans” thing yet. 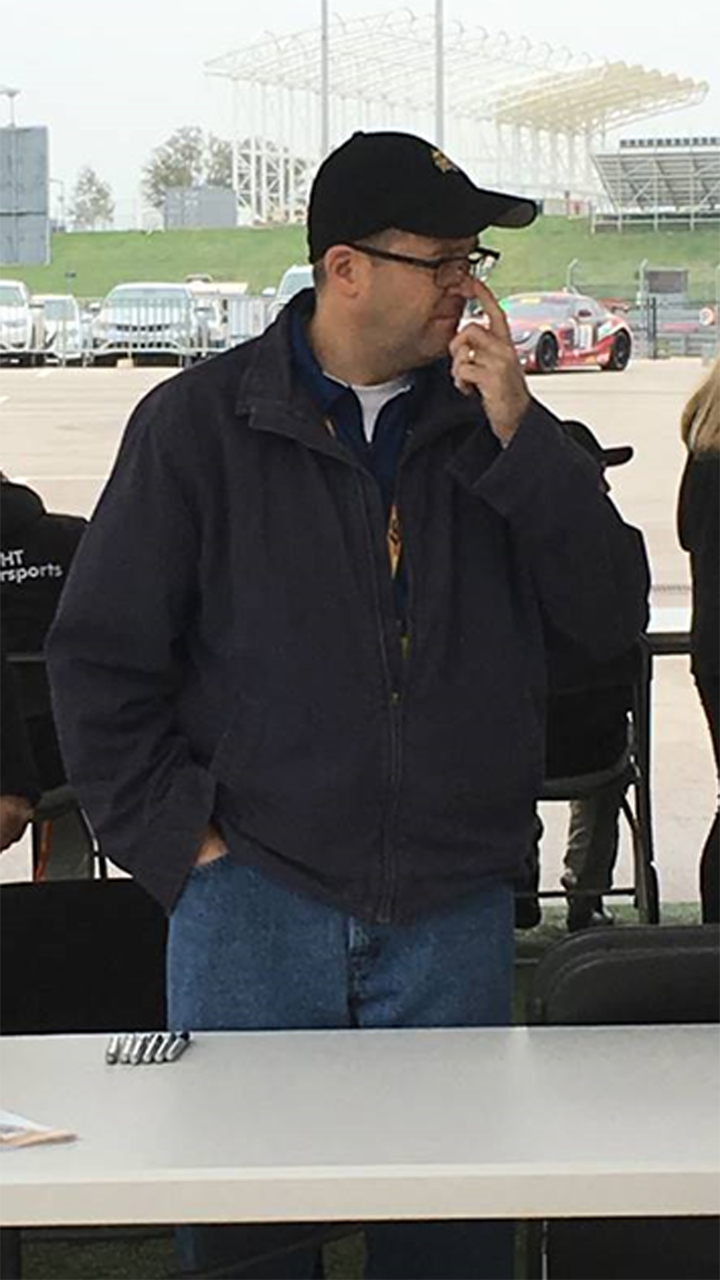 Maybe he can ask Anthony Lazzaro how it’s done.  I hear he has fans.  Bonus advice for those young fans I mentioned earlier: Anthony says he learned how to drive at 12, then snuck his mom’s car out when he was 13.  So if you want to be like him, start early. 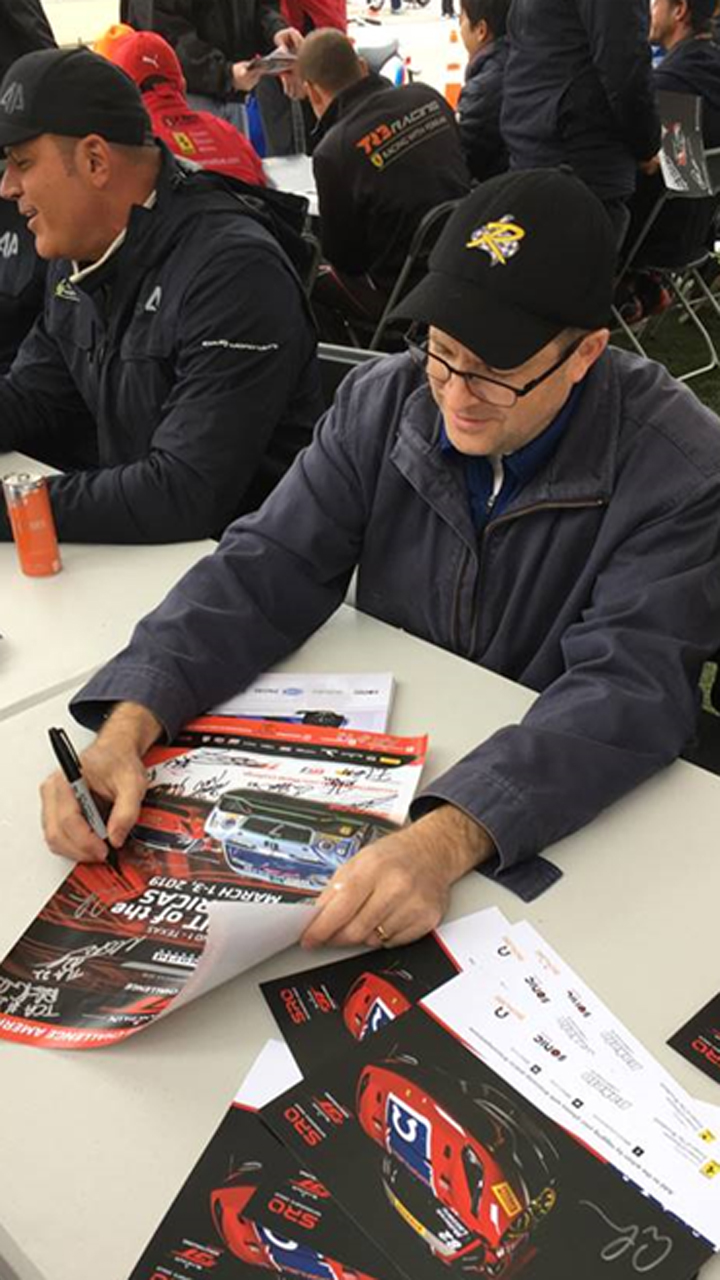 “To the VW Bros: I was racing Saturns before you graduated high school”

You’re not allowed to call him Anthony.

Sorry about that, Mr. Lazzaro.

There was the qualifying spin, then he spent most of the race in fourth.  He did his patented late-race-charge thing that the announcers LOVE (here’s the hometown hero, James Walker!) but it was just a half second short of the slower VW Bro in the end.  He did get fastest race lap though, and got to be on the podium alone because, well, everyone else had already left. 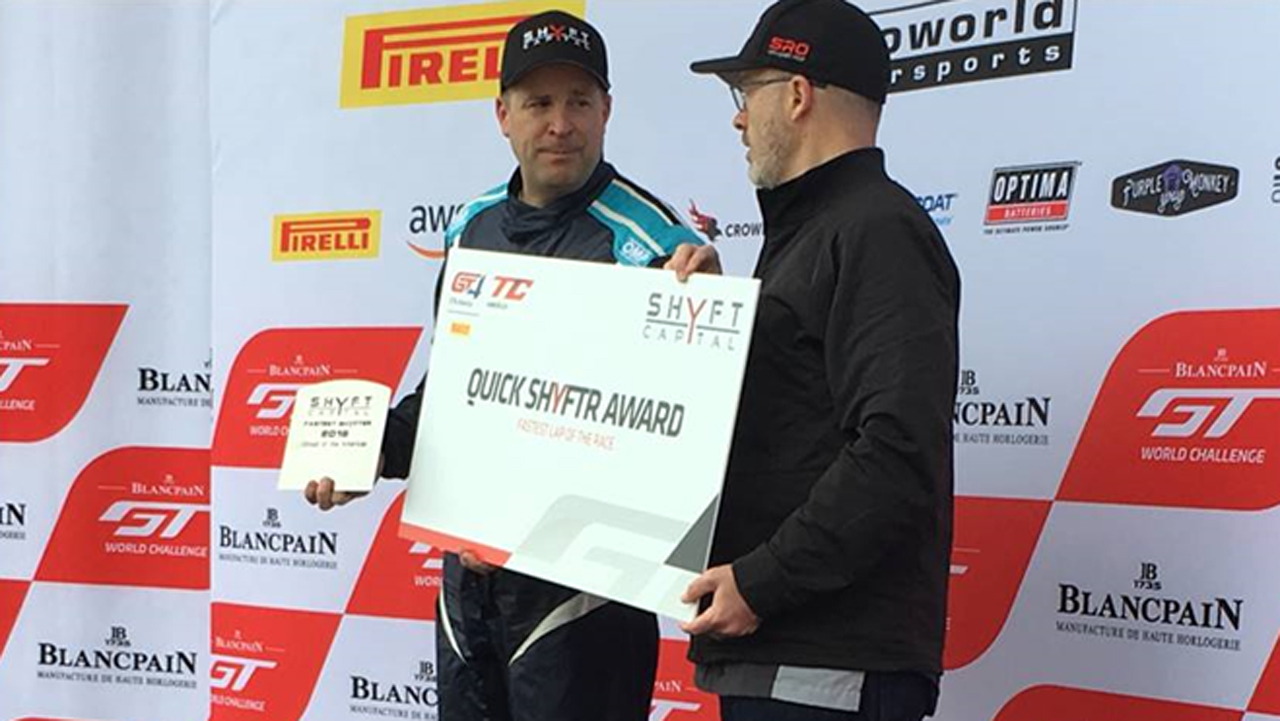 A race through the streets of St. Pete in a car that he is now (almost) acclimated to, and we may even have some HKDT by then.  The Veloster (I always wondered what Velosters were good for) and the VW Bros may have experience in this series on their side, but we have a great team (Risi), great fans (you), witty, hilarious writers (me and JWJr), and we’re back to front-wheel-drive racing.  In an expensive (but not Ferrari-expensive), Italian, semi-pro, neo-Saturn.

This will be my last 16,040-word newsletter for a while, so you’ll have to be happy with just the original author until next time.

There weren’t. But how much is a picture worth?

It’s going to be a great season. See you at the track!